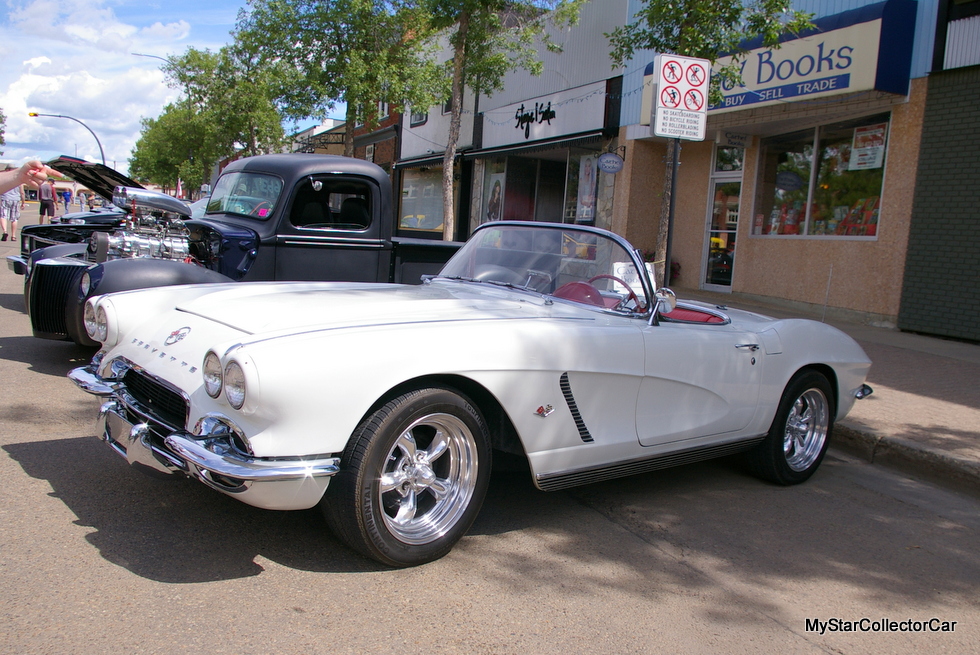 Michelle Desaulniers was actually looking for a Camaro when she discovered her stylish 1962 Corvette convertible and was impressed with the car’s looks.

The ‘Vette was on a popular bid site and did not reach its asking price.

Eventually Michelle was able to track down its owner and discovered the Corvette was owned by an Ohio business that specialized in vintage vehicles. 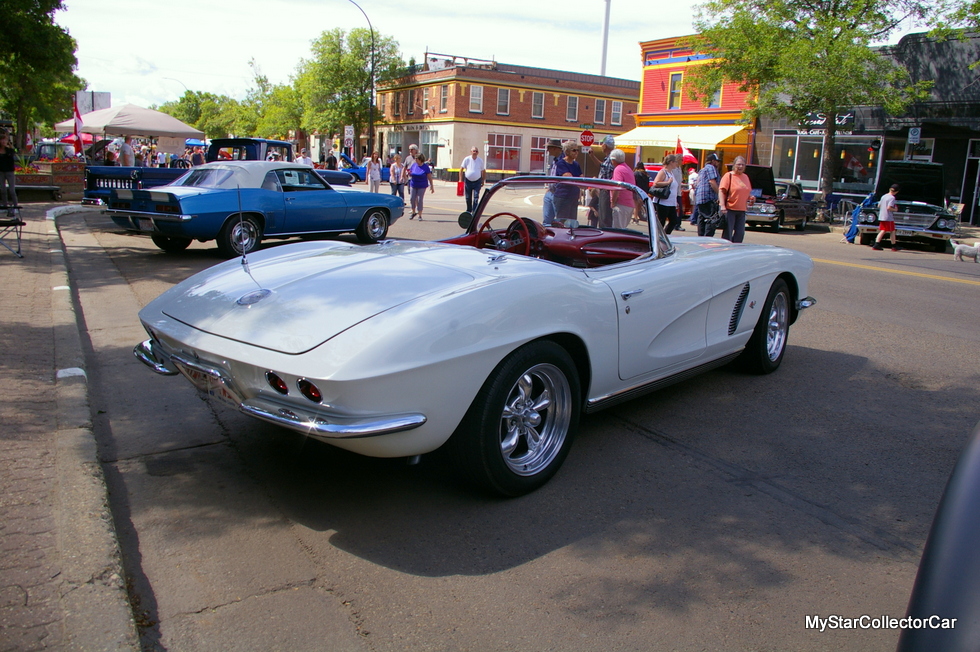 The collector car dealership was able to provide about 300 detailed photos of the Corvette and helped build Michelle’s confidence that she would be able to become the new owner of the 56-year-old car without a serious complication. 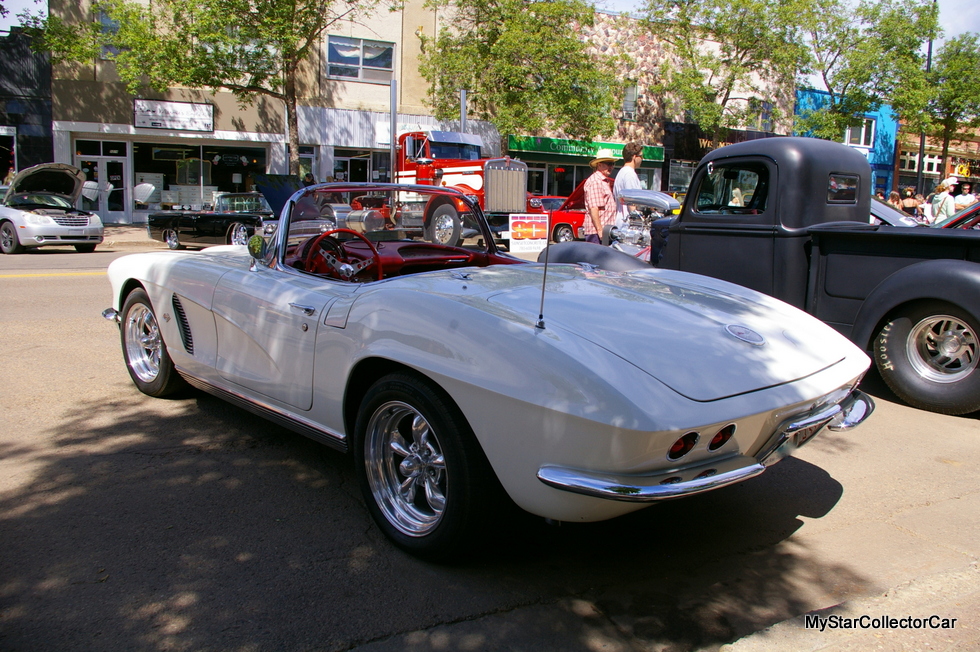 There are many horror stories about people who were actually dealing with internet fraud artists so Michelle did her homework before she bought the Corvette. The net result was a classic ‘Vette that “was nicer than I expected”, in her words.

The ’62 Vette has a period-correct 327 small block under the hood and an aftermarket 5-speed manual tranny to make the car more efficient on the road. The original four speed was “a little too fast in 1st gear and too slow in 4th gear”, according to Michelle’s husband, so he made the change. 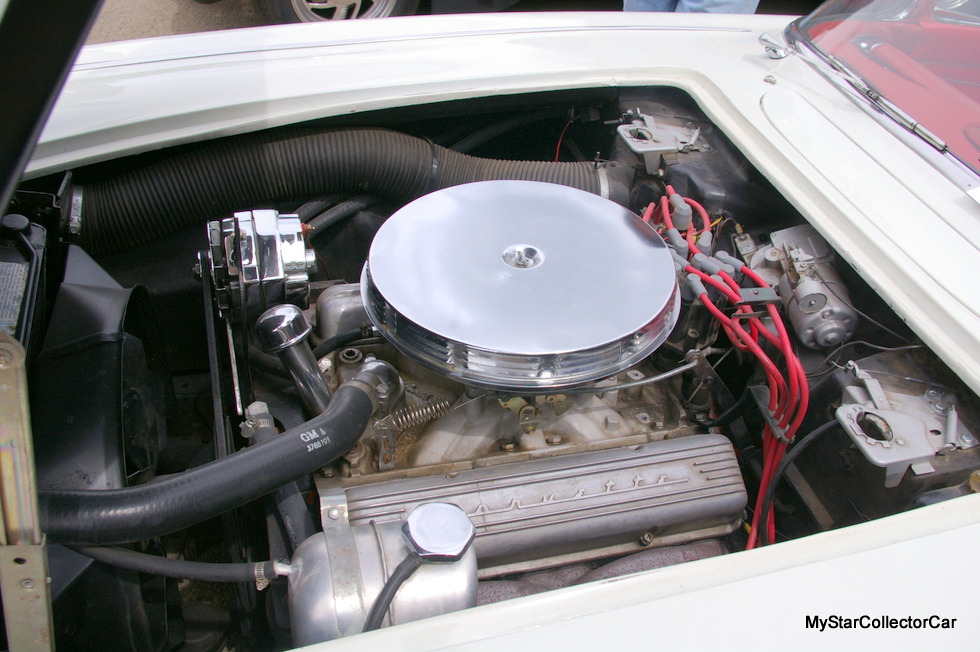 The rear differential in the Corvette was also changed from a 3:08 ratio to a 3:55 ratio because the new 5-speed transmission allowed the flexibility factor for better performance.

The interior is largely original, although the inclusion of the 5-speed tranny meant a few alterations to the Corvette’s transmission hump. The car’s original sound system had also been altered to include an old cassette system, and that meant some carving on the car’s interior. 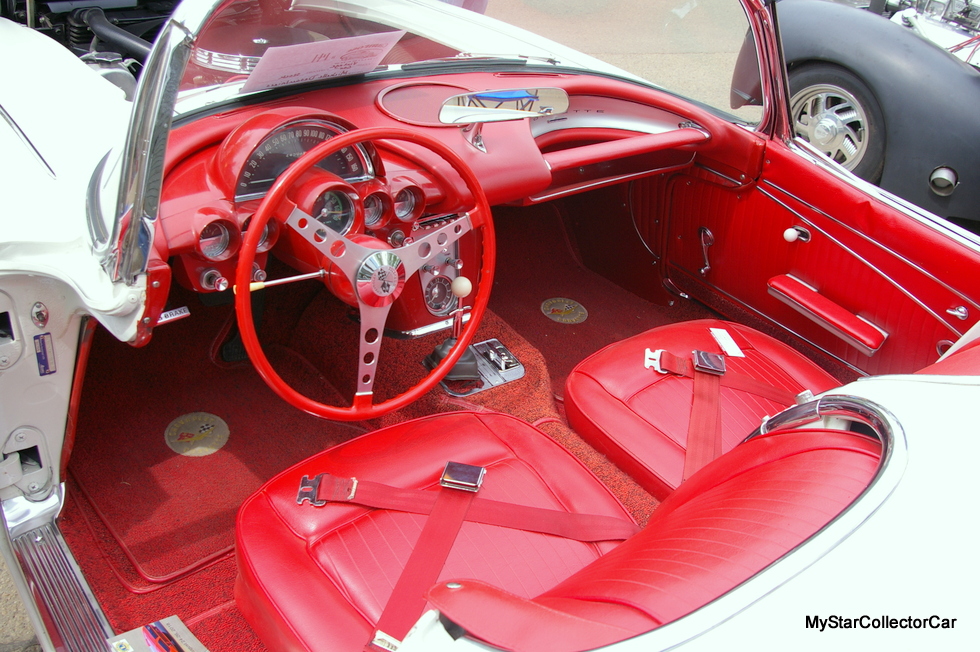 Michelle replaced the cassette unit with an aftermarket radio that looks like the original-but offers modern features like MP3 and XM radio. However, the butchery inside the car meant to fit the cassette deck opened up a gap that is covered by a plate. 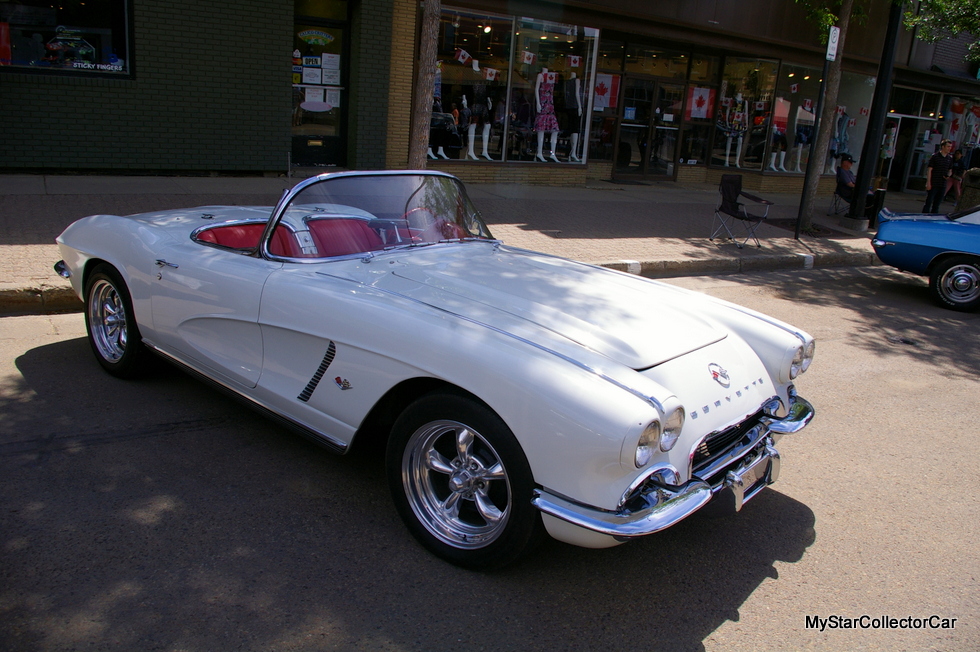 Michelle intends to repair the cosmetic problem in the future.

The car has a factory clock and its original metal radiator expansion (overflow) tank under the hood. The wheels are an aftermarket product that are larger than factory and provide a stable ride on the road. 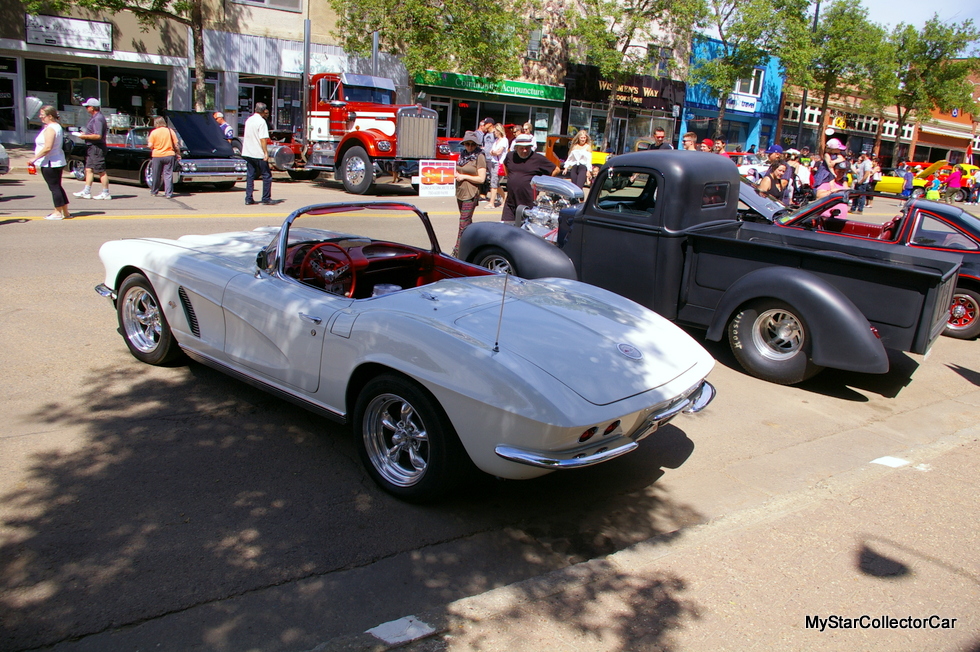 The Corvette convertible does fall short in the comfort department when Michelle drives it with the top down on the road. She mentioned the car’s passengers are buffeted by the excessive turbulence, even with the windows up on the car. 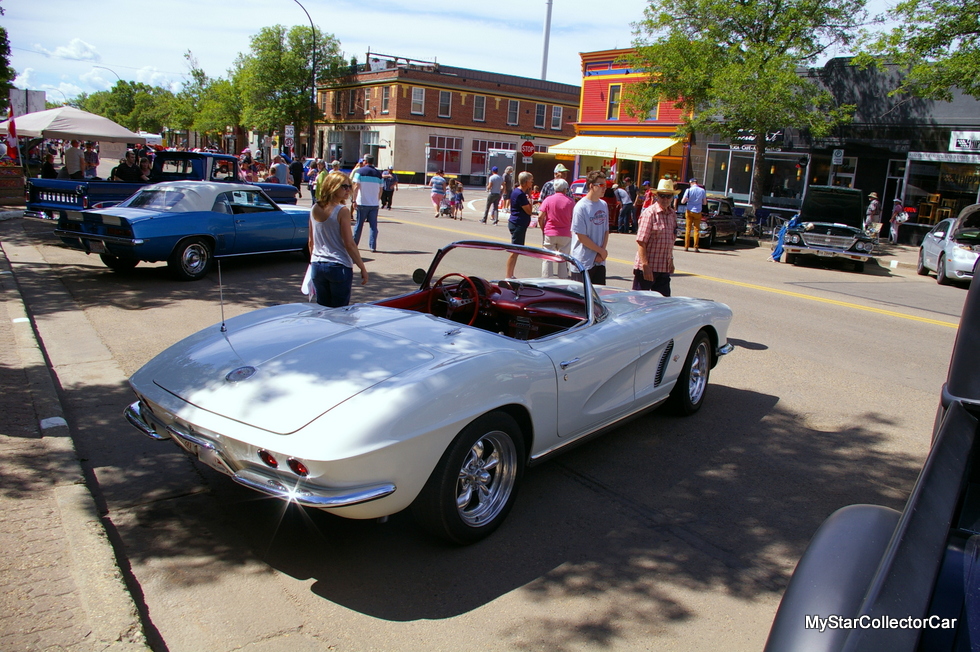 The low windshield on the Corvette means Michelle is subjected to the open wind because of her height and gets the old school convertible experience in her car. 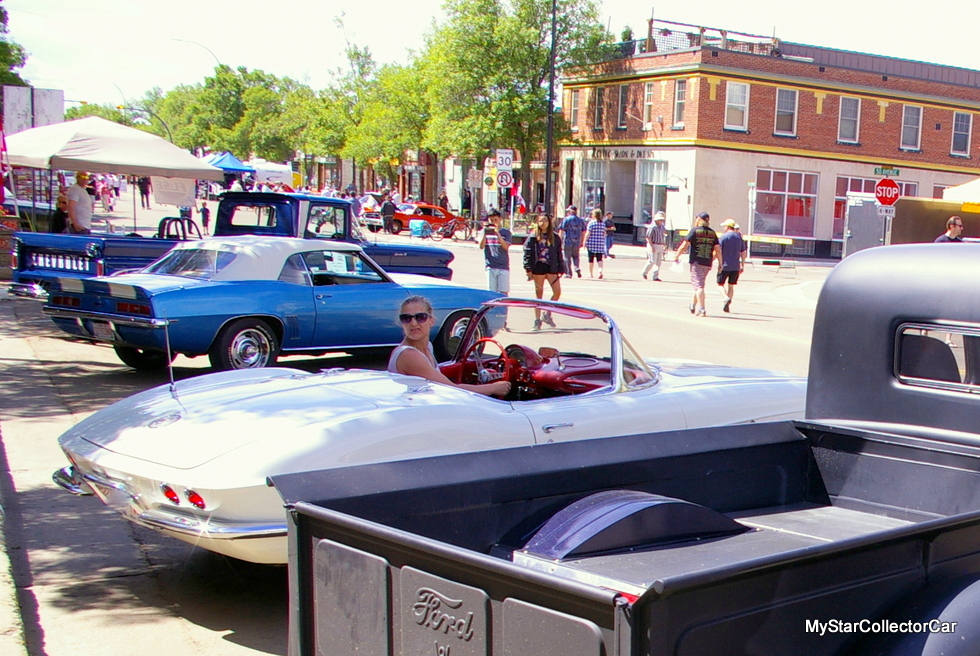 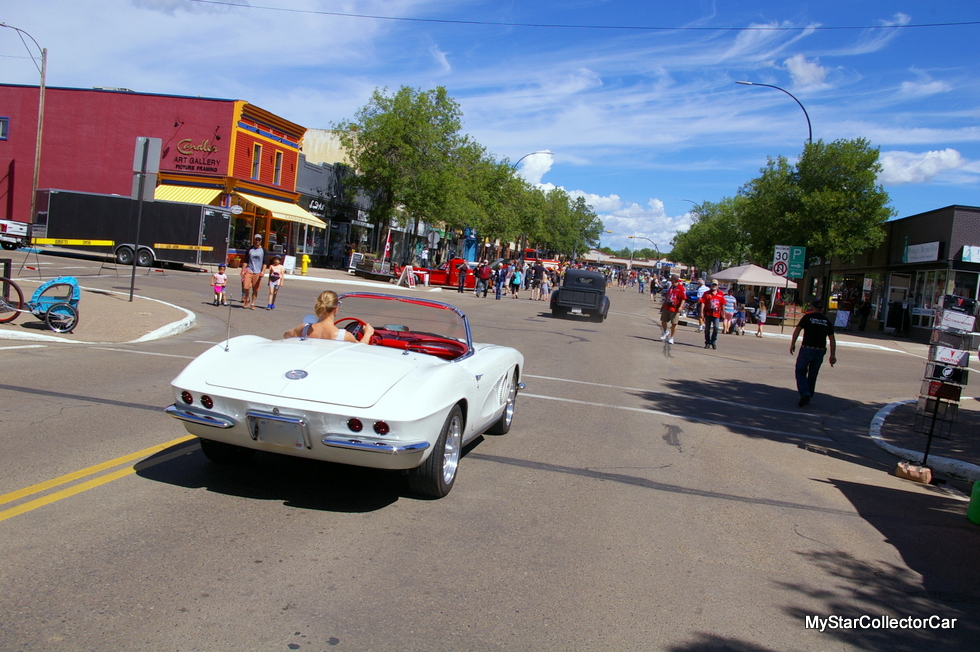 These days Michelle enjoys every minute of her time spent behind the wheel of her very cool 1962 Corvette-windy or not.