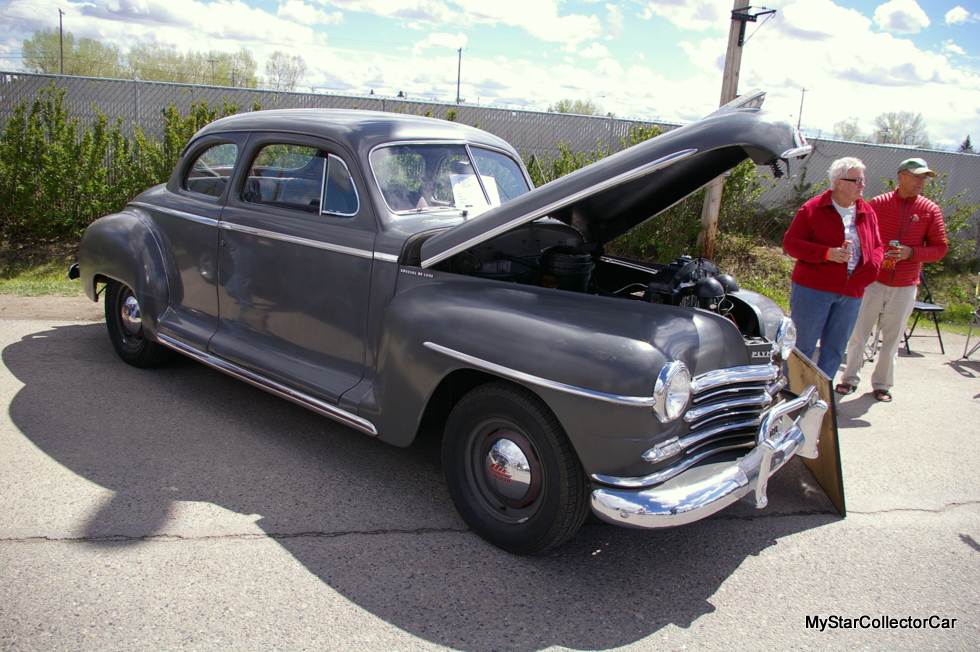 A 1948 Plymouth Special Deluxe links two generations in one family.

Current owner Sharon Barefoot loves her car because it reminds her of her uncle and aunt.

Her uncle purchased the car brand new from a Montreal, Quebec dealership in 1948 and it became one of his most prized possessions.

He bought the car for $1836.00 plus 2% sales tax and drove it for many decades. Sharon’s uncle drove it from Quebec to Florida many times over the years and the Plymouth was always up for the challenge of the long road trips. 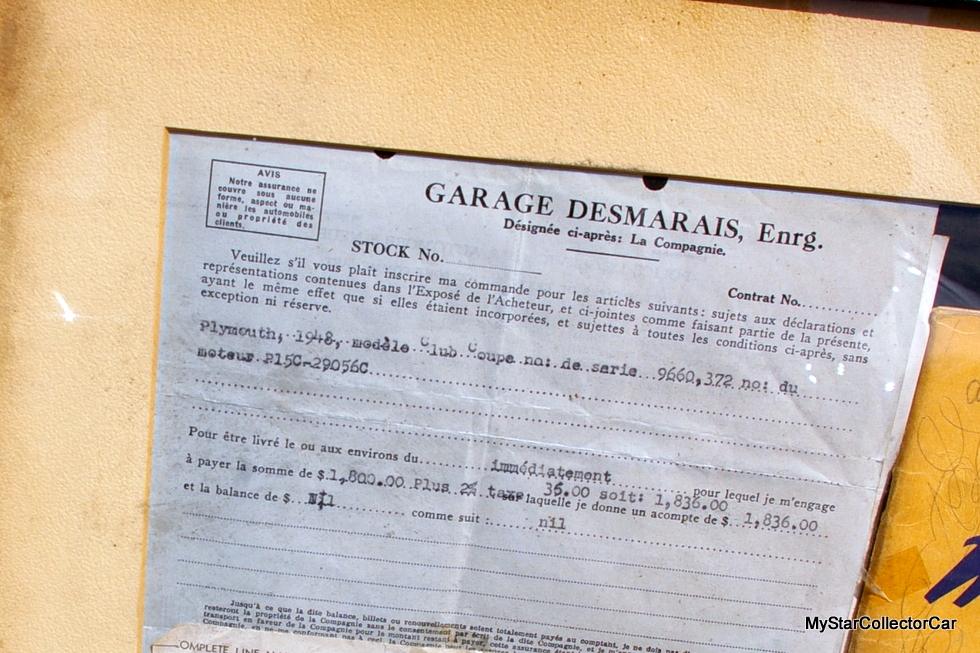 Sharon was along for a few long road trips in the Plymouth when she was a young girl, including a trip to New Orleans with her aunt and uncle. The car had no radio in it until 1950 when Sharon’s uncle put an aftermarket tube radio in it for the princely sum of about 60 dollars. 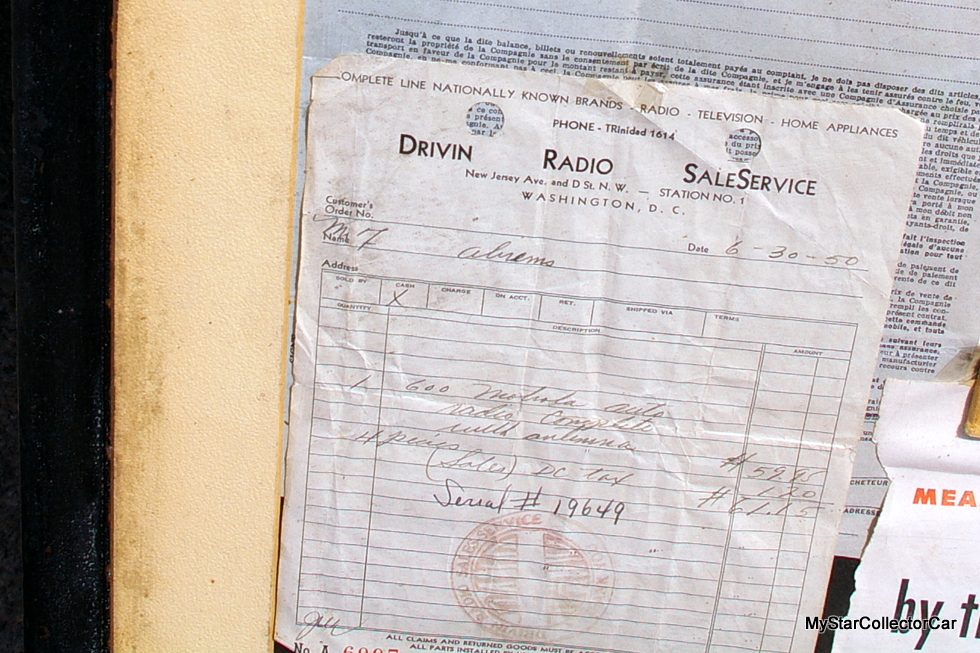 Sharon is still surprised by the radio purchase because her uncle never drove the car with the radio playing in it. In fact, he was not even fond of somebody singing in the car while he was driving it.

But he was very fond of the car and Sharon so she became the owner after he passed away. But there was a moment where the car almost left the family when Sharon’s uncle put it in a car auction and immediately regretted his decision.

In fact, he could not sleep at all the night before the auction and decided to get up early so he could pull his beloved Plymouth out of the auction before he had to watch somebody else drive away with his car. 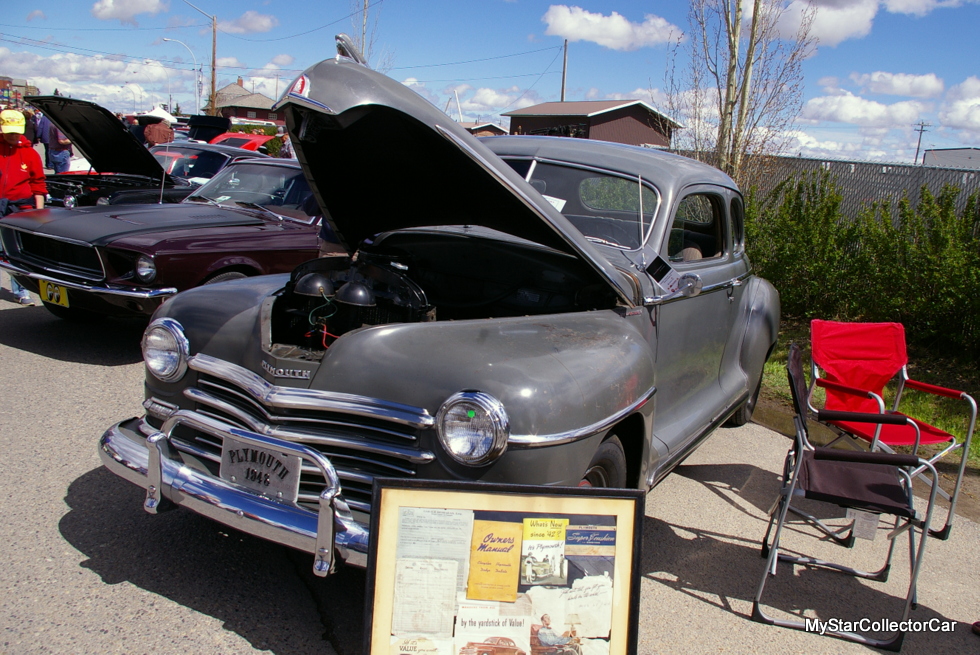 The car always received plenty of attention from curious onlookers as the years rolled by and the excessive attention sometimes overwhelmed Sharon’s aunt, so she would have been OK with the auction sale at the time. 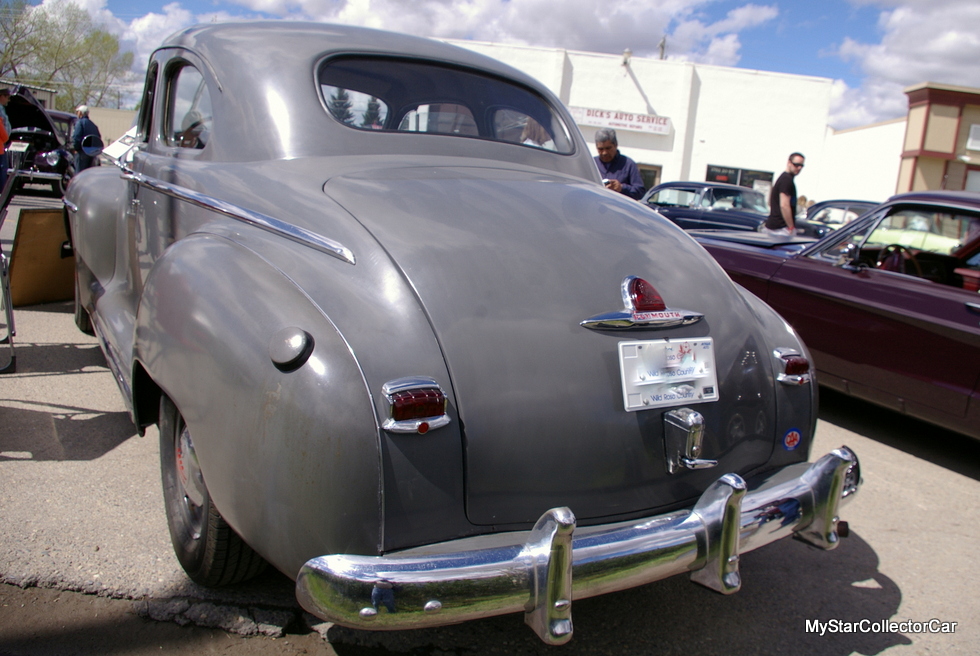 Sharon told MSCC her aunt and uncle had no children so her uncle became very attached to the Plymouth. She was almost like a daughter to them and was a great choice for next owner of the car. 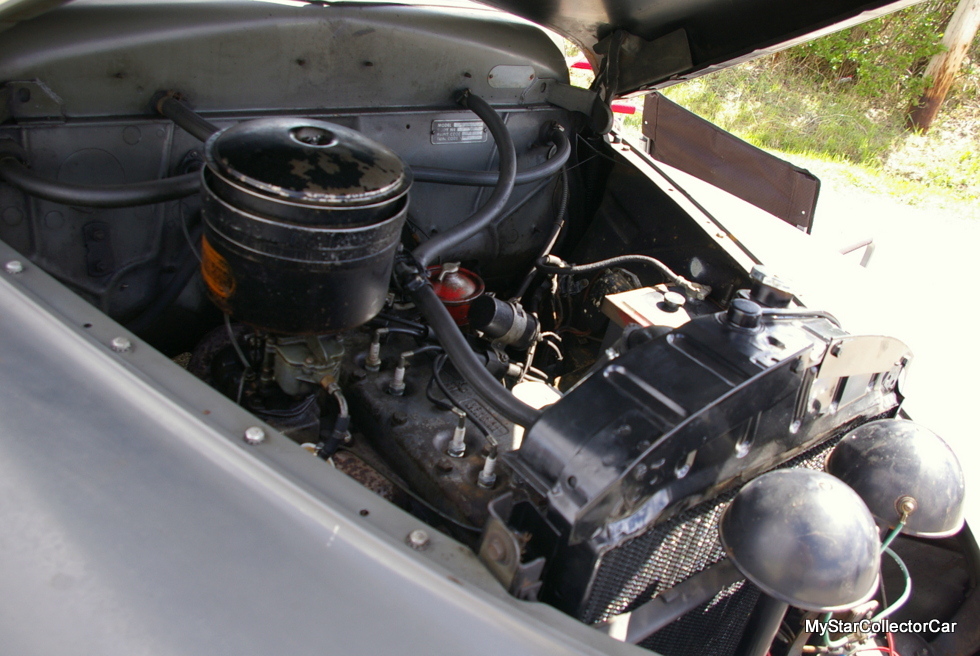 The car was named “Old Bazoo” by Sharon’s uncle. He just liked the name and never really explained his choice beyond that answer to Sharon. 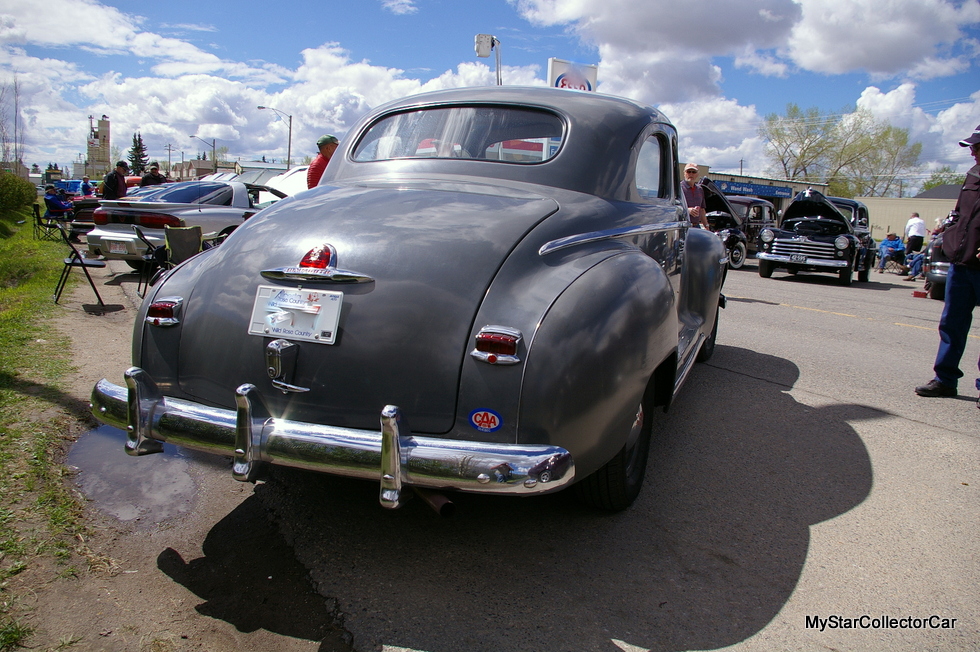 The Plymouth has a complete service history and all of its license plates are stored in a container in the trunk, including the original 1948 plate. 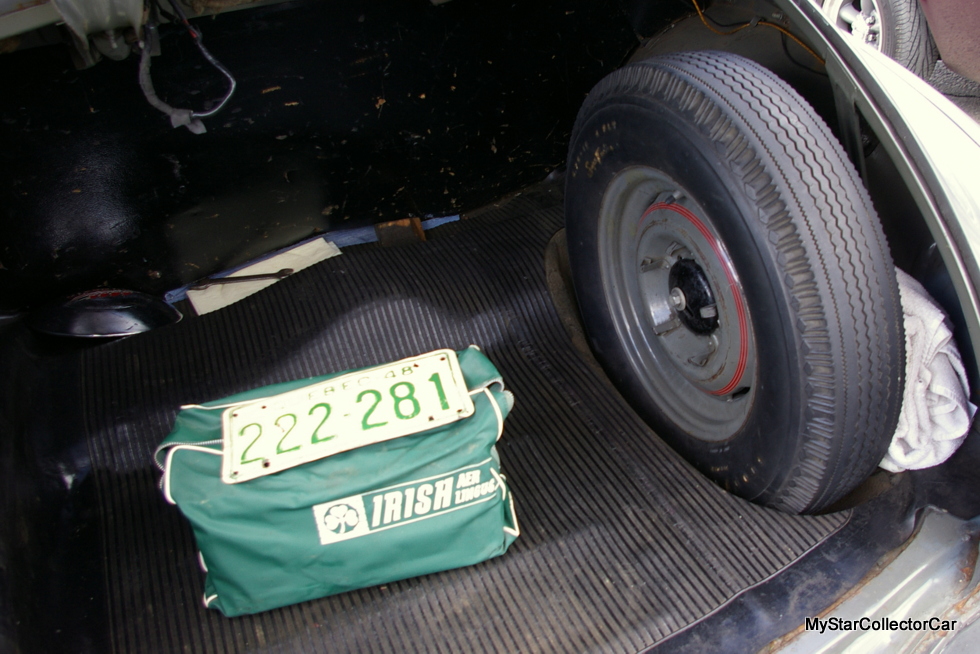 The car was stored in a garage every winter and still has its original paint job. It is a survivor car in every sense of the term and wears its 69 years on the road very well. Sharon pointed out the lack of wear on the seat upholstery in the Plymouth and attributes its condition to some “ugly orange seat covers” (her words) that used to protect the seats from wear and tear. 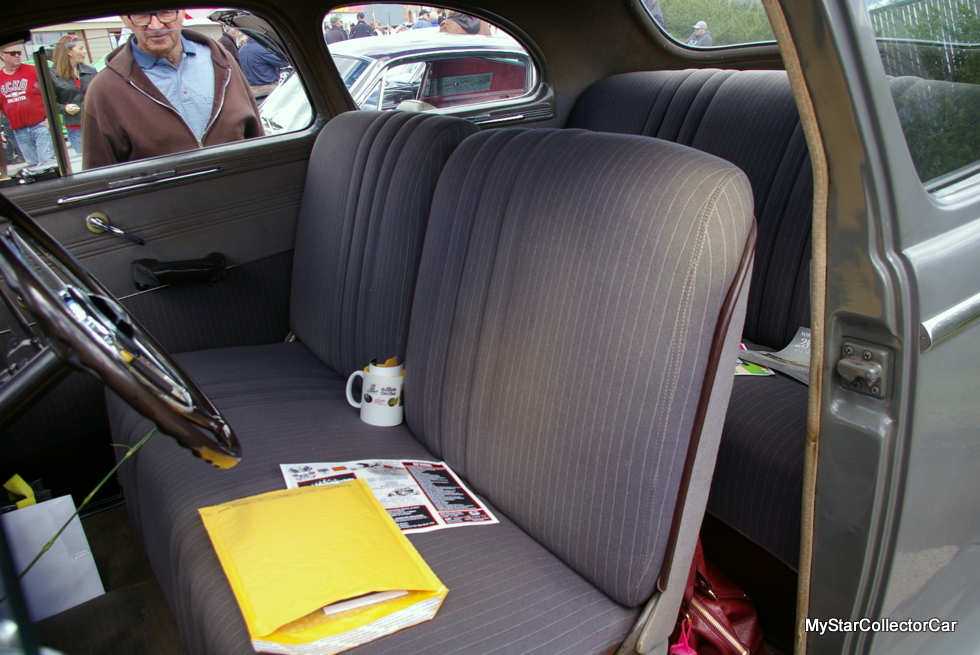 The Plymouth also has an original spare tire in the trunk, but no factory signal lights because it was not equipped with them. It is a time capsule to Sharon’s childhood years riding with her uncle because it has not been changed in any way over the years. 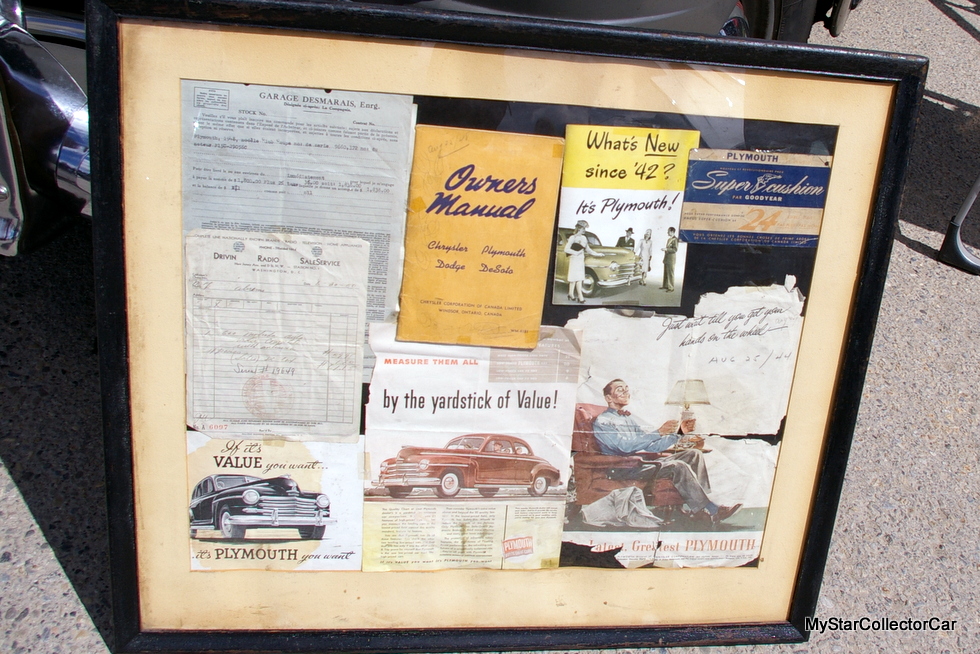 Sharon and her husband keep a leisurely pace on the road in the Plymouth in the time since they became its new owners. 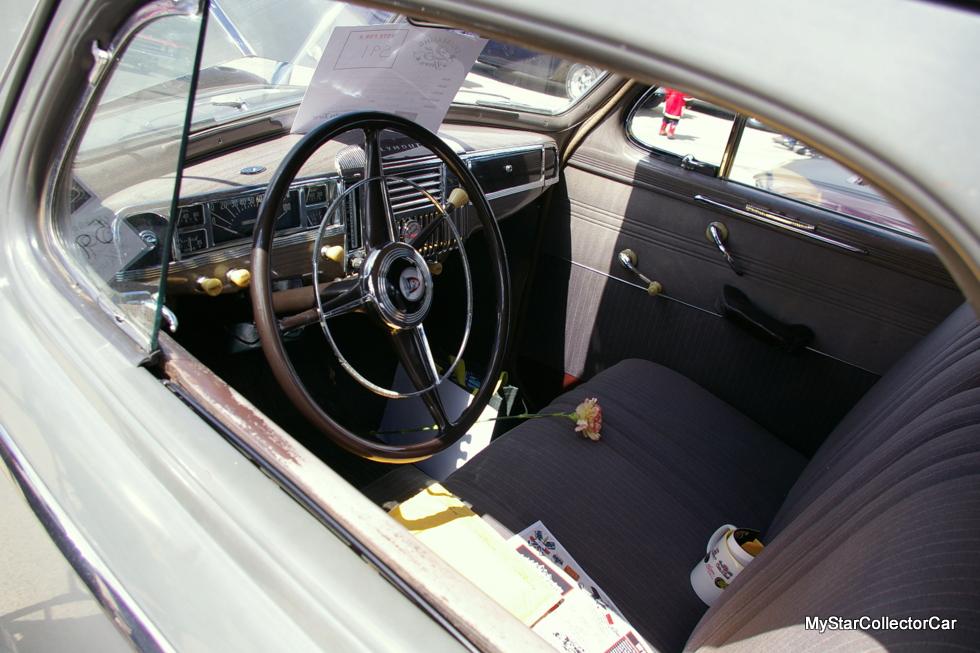 They are careful to respect the wishes of her late uncle because he loved Old Bazoo and he would have wanted it that way.

MYSTAR JANUARY 13 FIVE FOR FRIDAY: FIVE THINGS I’D LIKE TO...