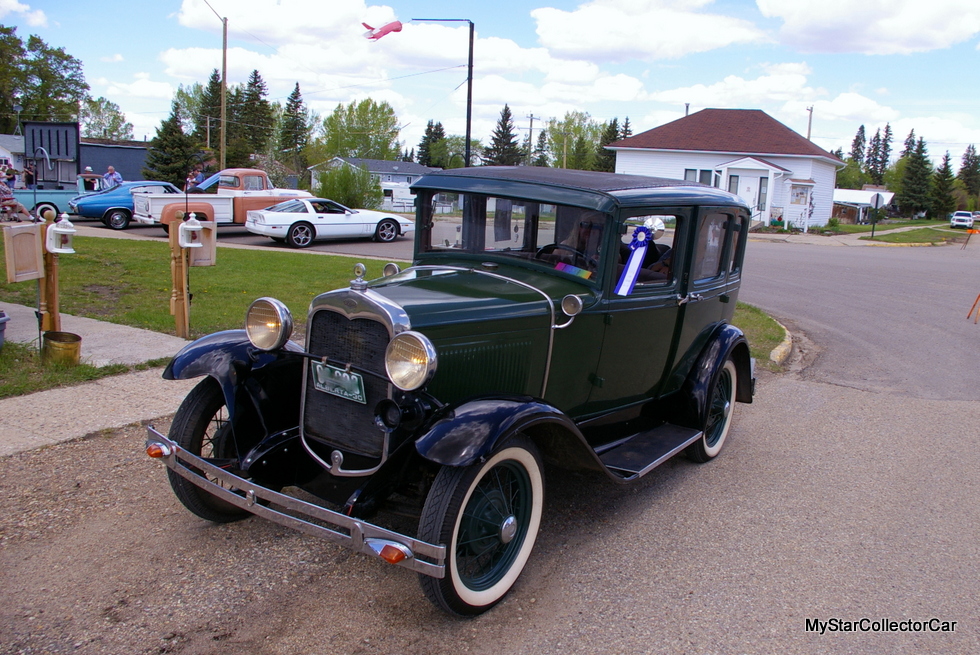 The Model A was a very popular car that managed to carve out its own identity in the giant shadow of the Model T.

The Model T was a game-changer as an affordable car for the masses and the Model A was built with the same idea in mind, although the onset of the Great Depression did not help sales.

The Model A was a more advanced car by comparison to the Model T and it was faster and easier to drive than the T. 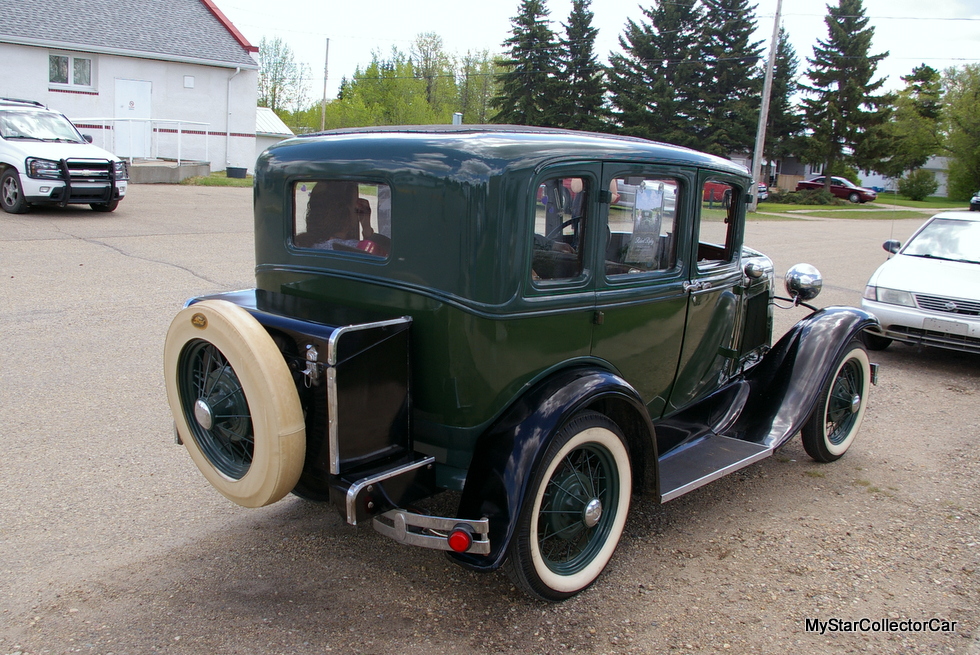 Many people from an earlier generation have very fond memories of the Model A from personal experiences and Robert Ripley was definitely one of those kind of Model A fans.

Robert owned a Model A when he was a young guy and always wanted to own another one. His search was successful when he found a 1930 Model A about 12 years ago and was able to purchase a car that reminded him of his youthful days with his first Model A. 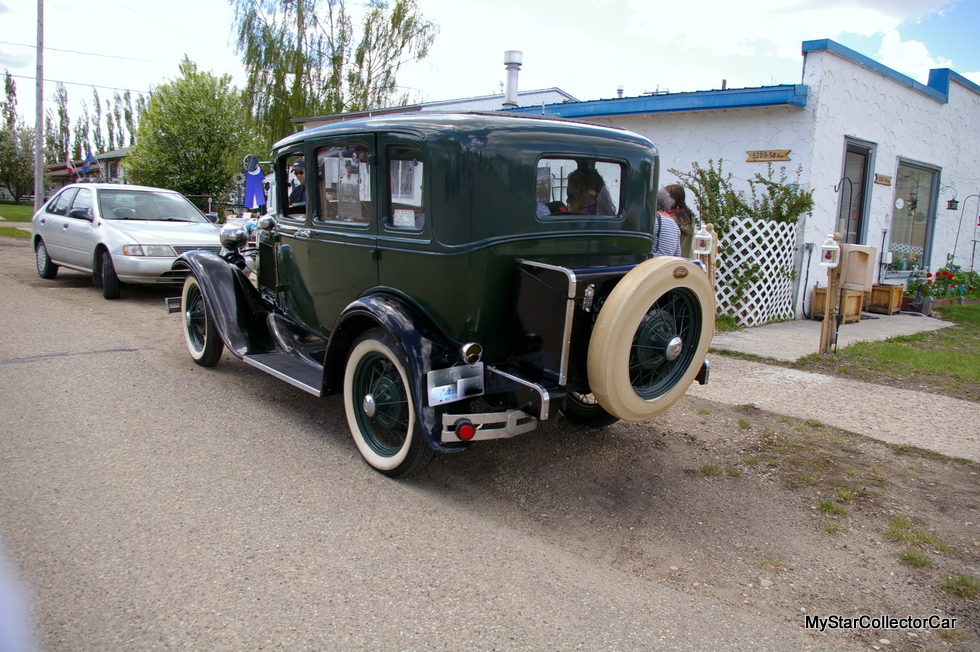 A stock Model A is not easy to find in the 21st century because most of them are either long gone or have undergone a major transformation into a hot rod or custom ride. Robert faced an uphill climb in his search and was happy to get his unaltered Model A. 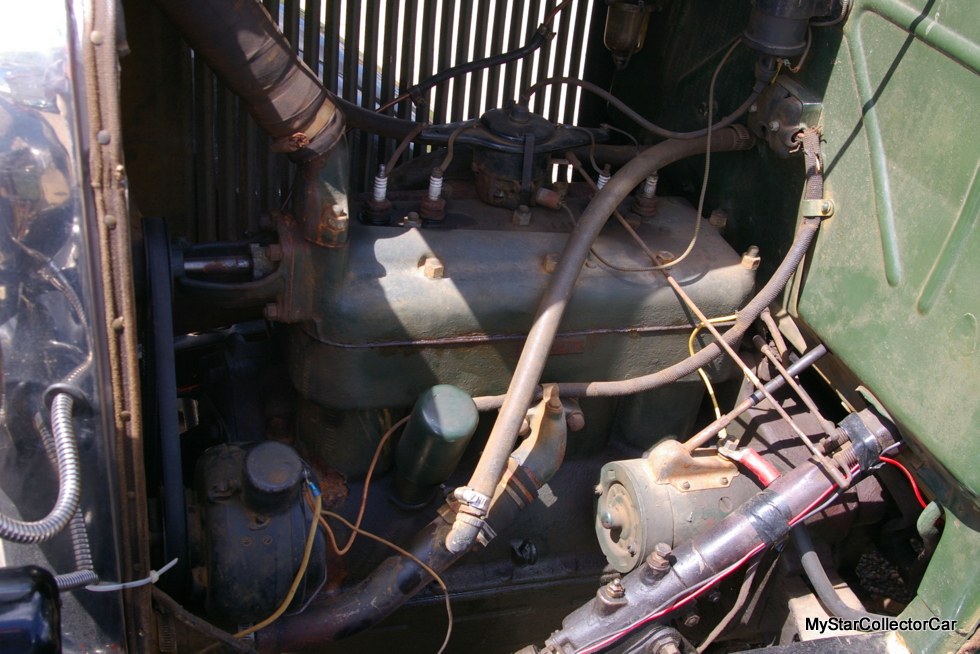 Robert was also able to get his Model A in time for his daughter’s wedding and the car helped make the occasion even more memorable for the entire family. Unfortunately Robert passed away in 2016 and a decision had to be made about the car. 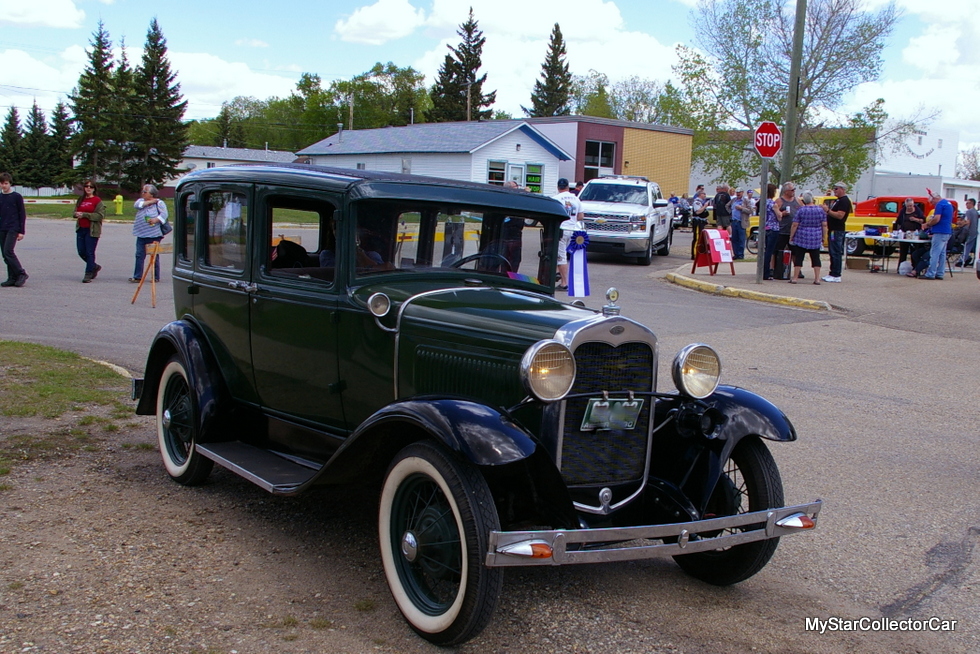 The decision was actually pretty easy for Robert’s family: keep his beloved Model A. The family also have a lot of affection for the car because of Robert and they want to honor his memory by keeping it in the family. 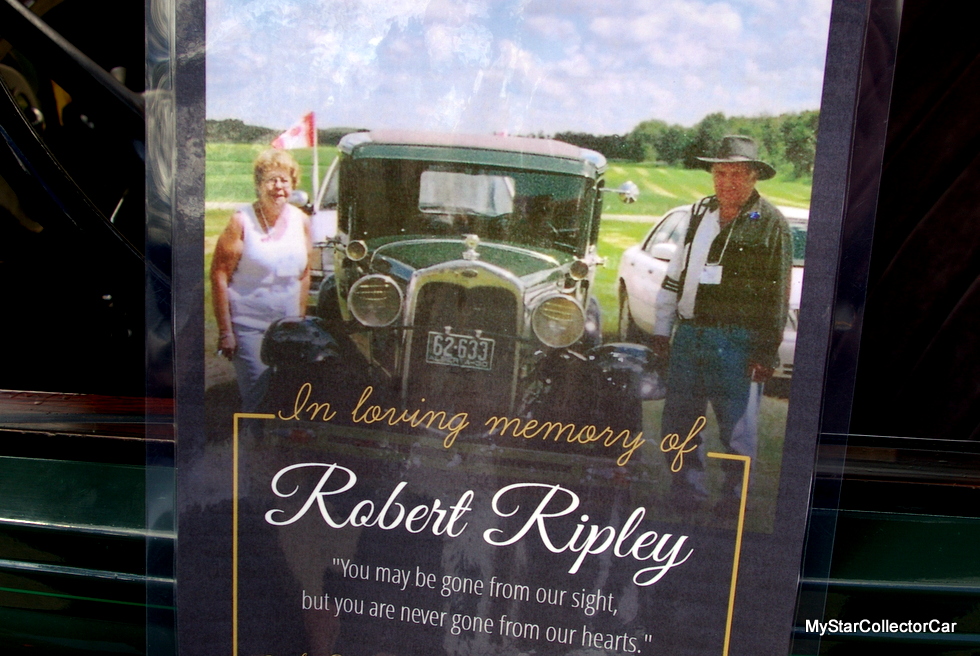 The designated caretaker is Robert’s son in law, Darren Hiron, and he is a self-described Chevy guy who says he “doesn’t feel like he needs to wear a hoody” when he drives the Model A because he likes it so much.

We caught up with Robert’s family at a small town car show that was the first appearance for the Model A in about two years. Robert used to drive the car to the town for its parade and Darren decided to revive that tradition this year. 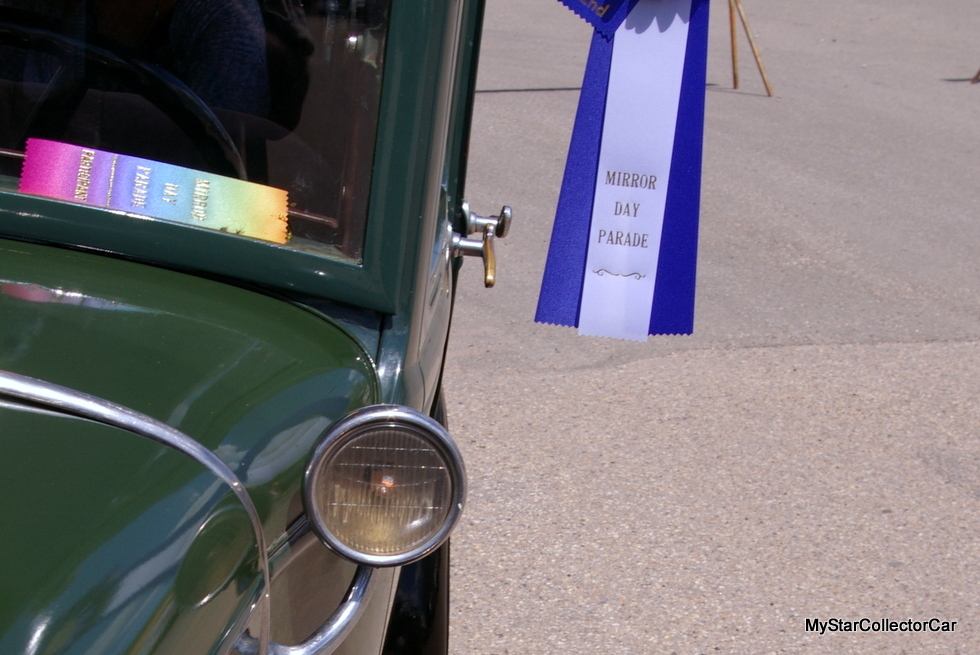 Darren has become the designated driver for the car because he knows how to drive a three-speed manual transmission and is also able to work the timing advance and throttle levers on the steering wheel.

A Model A may be less complicated to drive than a Model T but it does require some coordination to make it run the down the road. Darren also mentioned the Model A has a mind of its own in the steering department, particularly on gravel roads, so he chooses a cautious approach in the speed department. 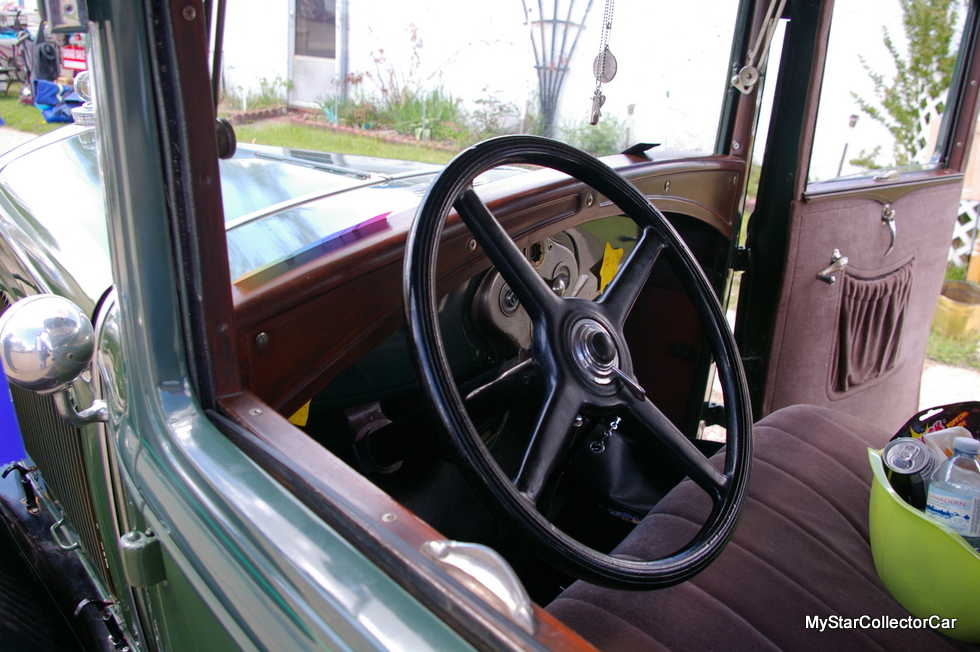 The only alteration made by Robert to the Model A were signal lights because he wanted to ensure it could be driven in modern traffic where very few people know or remember hand signals. 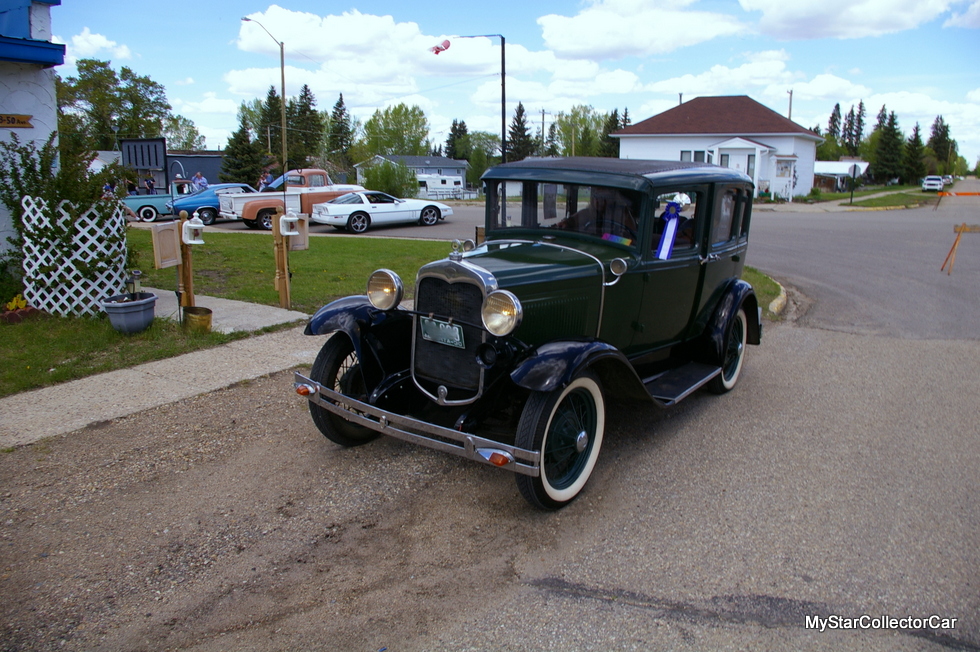 Darren will likely leave them on the Model A because he and the family want to respect the wishes and memory of the car just the way Robert left it. 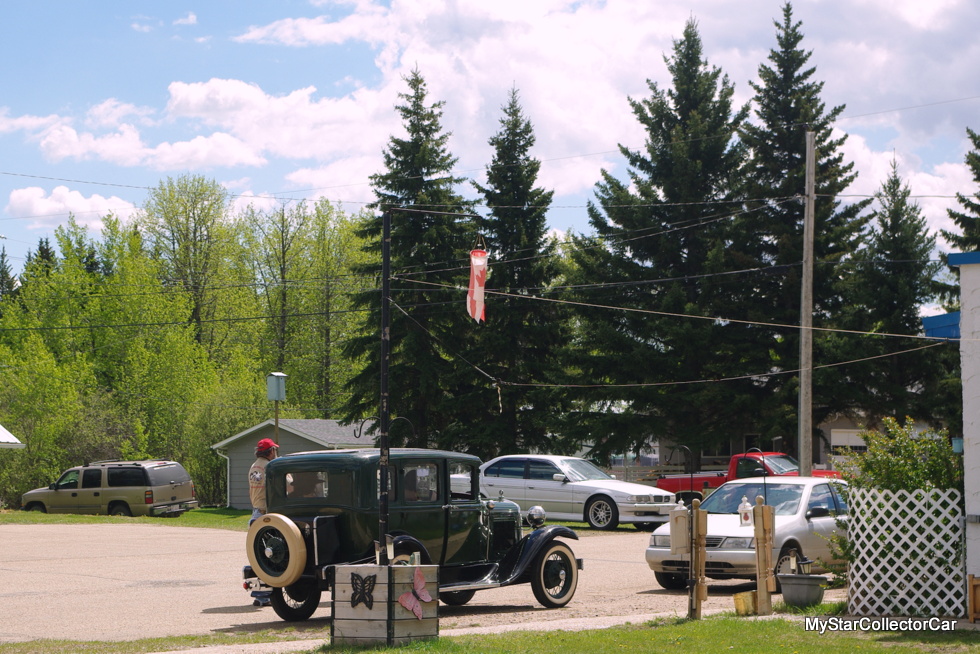 It is a great family game plan that honors a car guy who loved his Model A for all the right reasons.