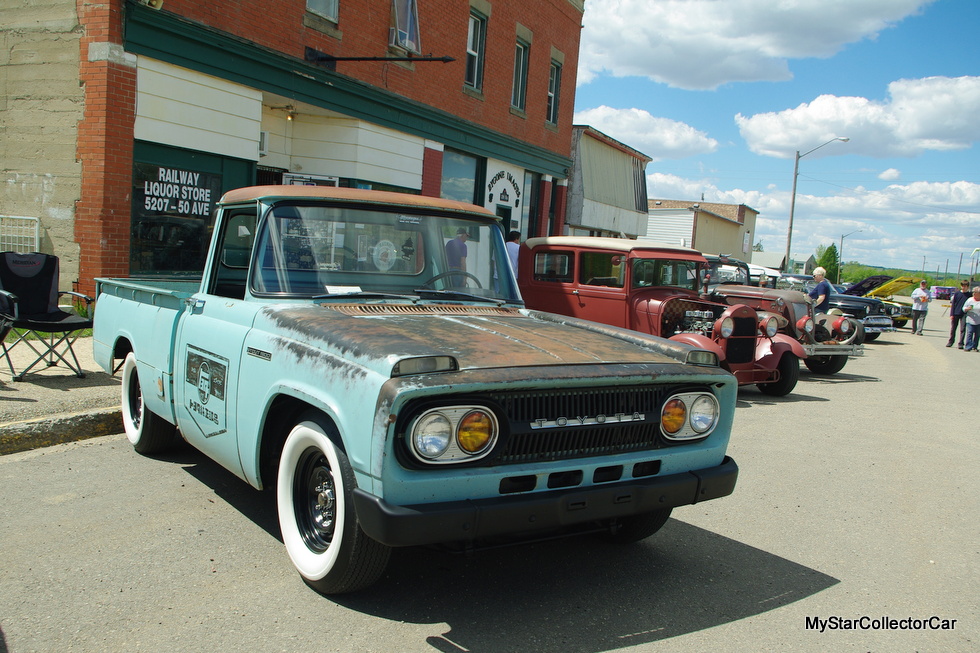 Most people know Toyota made Land Cruisers for decades and their small trucks made inroads in the 1970s.

Fewer people know they made a rugged little pickup in the 1960s.

They called it the Stout and Toyota started building these little workhorses in 1954 and built them until 1989. 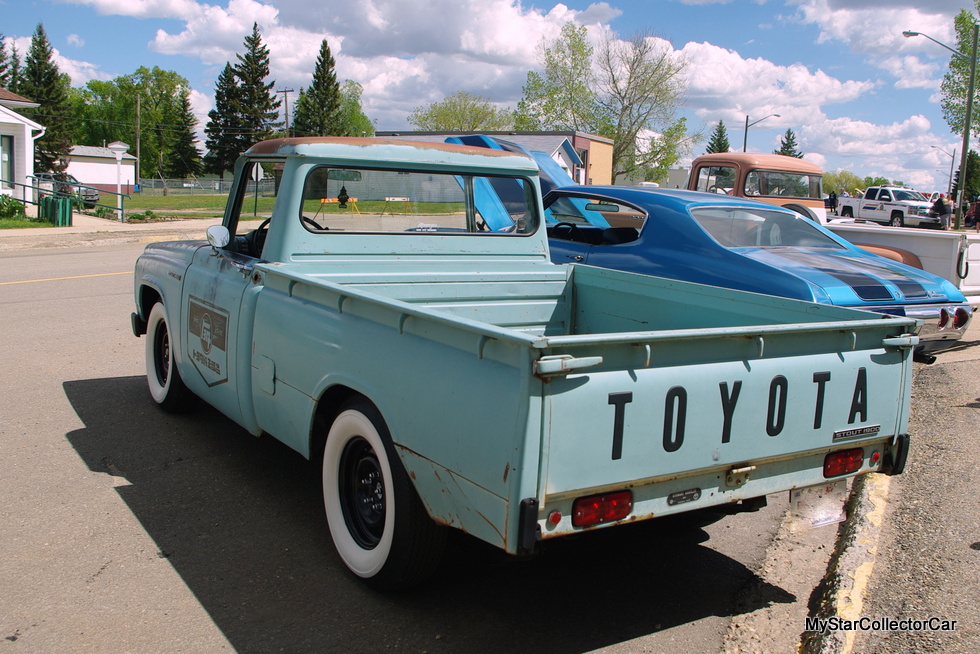 Stouts were extremely rare in the US and Canada but this 1967 Stout 1900 ended up in a Montana field for 30 years before Kyle Levitt made an offer on the vintage Japanese truck.

Kyle “collects old Toyotas” so this Stout really called out to him. He paid “1500 bucks” for it because all he needed “was a good body” and this truck was very solid. Kyle thought the reason the truck bed survived was because the original owner used it to haul a camper so the multi-piece truck bed (typically prone to rust) was protected. In fact, the original owner, “drove it to Alaska with his wife on a camping trip” and the Stout handled it with ease.  The camper did leave a big hole in the cab for an electrical conduit but Kyle will take care of that issue. 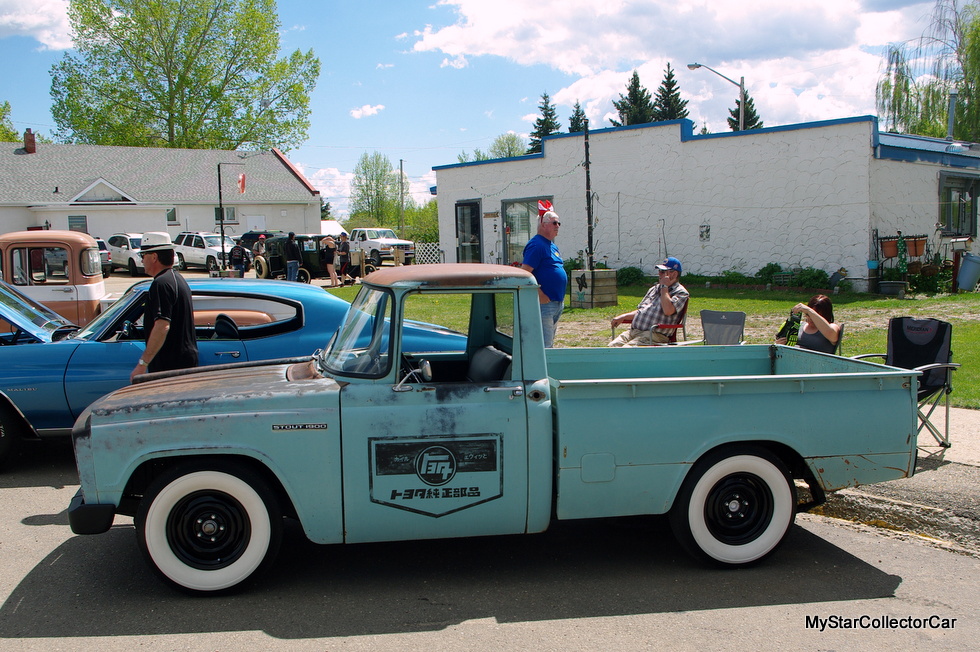 This truck was in prolonged retirement so it had the typical problems associated with mechanical inactivity. Kyle explained how he “did the cylinder head because it was all gummed up with bad fuel”. 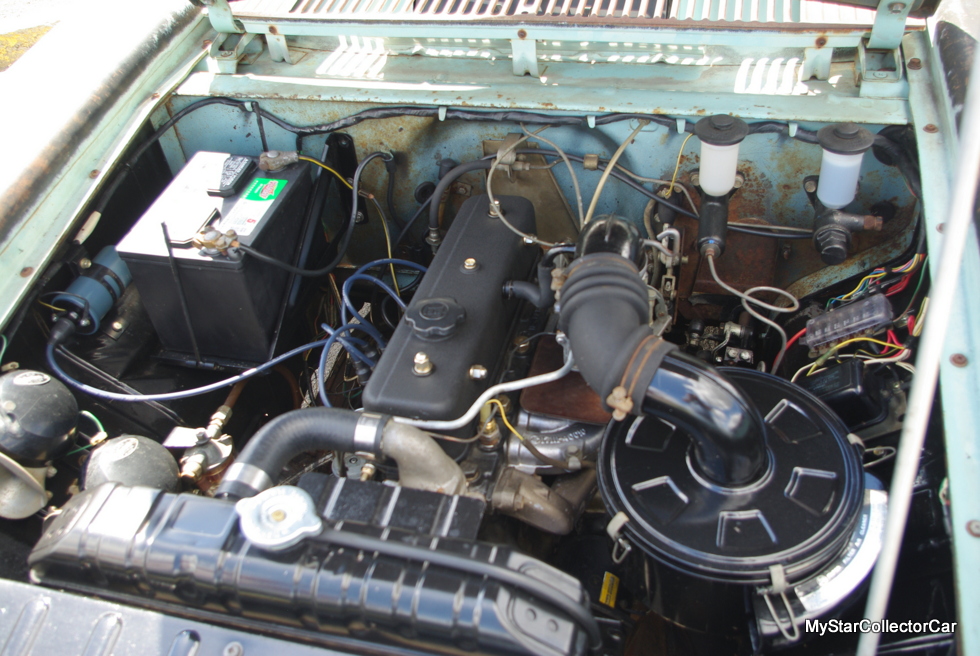 Kyle started “restoring everything so basically everything under the truck is brand new”. He replaced the front brakes with Land Cruiser brakes, the wheels are Ford steelies and the tires are reproduction bias-ply whitewalls to give it an old school look. 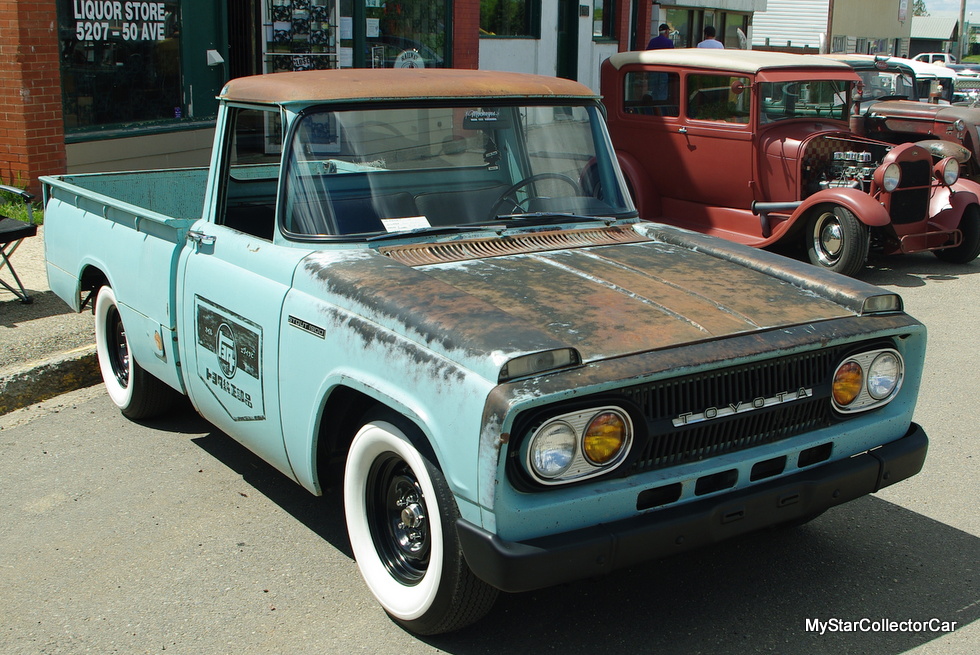 The steering wheel was re-done to factory specs and Kyle replaced the window seals and “other interior bits” with pieces from Japan. He also did the seats and used a woman who only worked on trailers and RVs but her first foray into automotive work “turned out awesome”. 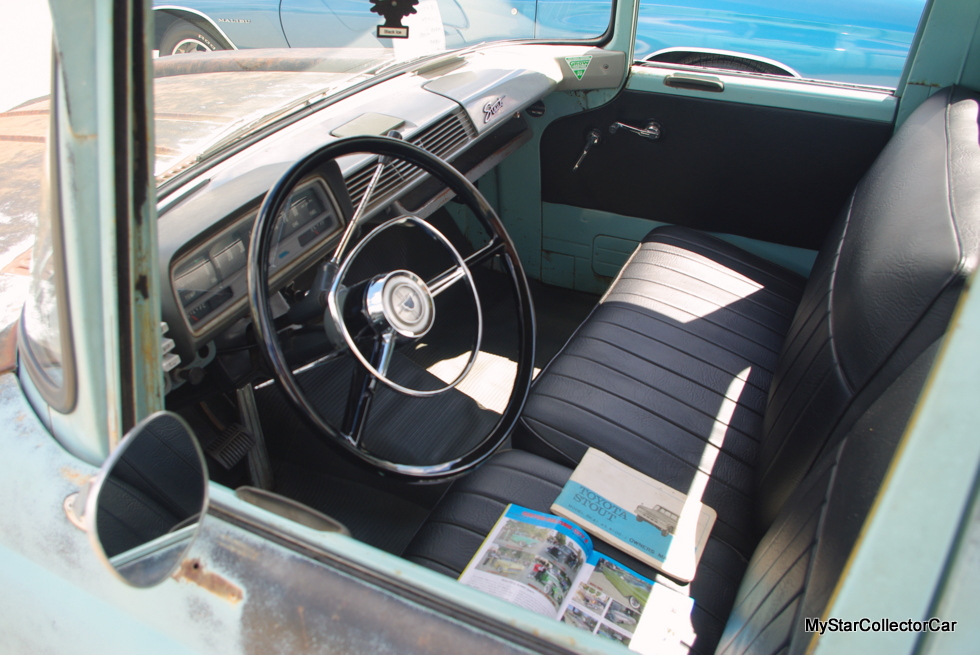 Kyle was “a little apprehensive” about his inaugural run in the Stout because “anything can go wrong and you never know how it’s going to do” when you take on a project. The little truck passed the test but it did “blow an exhaust manifold”.

He ran the truck at 60 miles per hour on its initial run and he described the experience “as a blast”. The only downside came from the flow-through vents above the head lights because they worked great but they “pumped a lot of Montana dirt and a dead cockroach into the cab”.

Kyle said he “saved the truck from the dead” because it was going to rust away in the Montana field so now he’s mapping out a long term game plan. He’s gone with a retro hot rod theme and he started with the weathered door sign.  It’s a vintage Toyota parts symbol and Kyle had his name written in Japanese to really put a personal touch on the door. 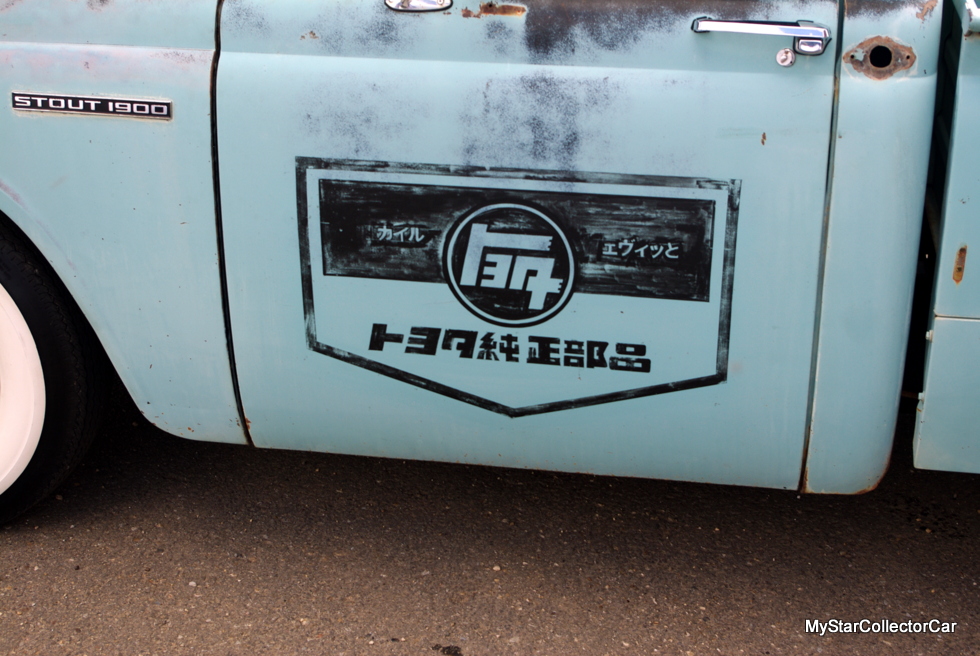 The bumpers and grille were originally white but Kyle painted them black to get a “more aggressive look” and keep the hot rod look intact. The yellow headlights are also part of the Japanese hot rod theme but Kyle wants to take the concept to another level. 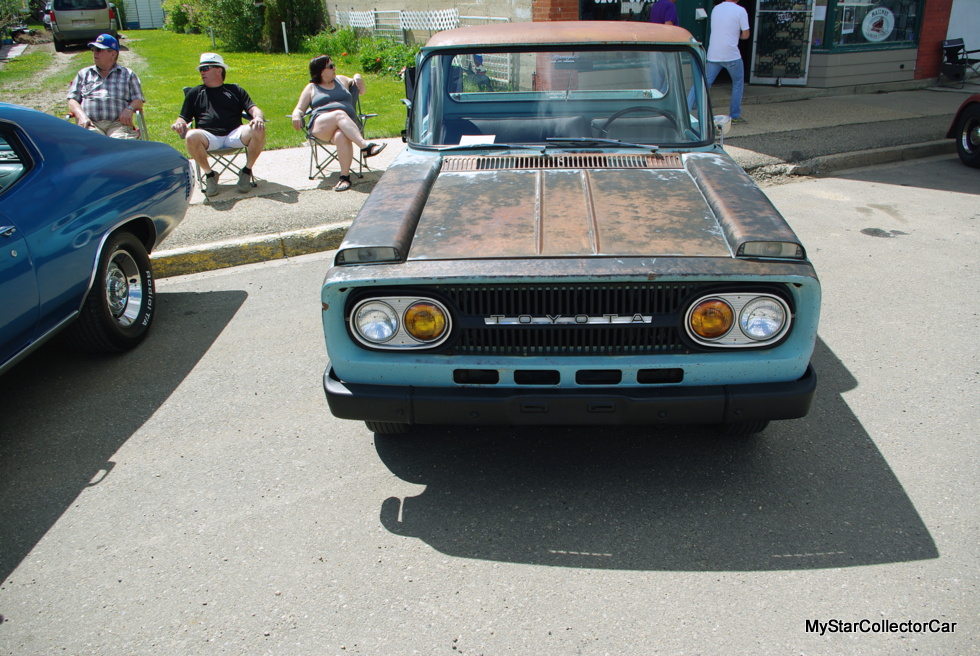 He has a Lexus V-8 “lying around” and he thinks it would be a great addition under the hood but he’s stirred up some controversy with his Toyota buddies. They have strong opinions on this historical little truck.

They said don’t do it.