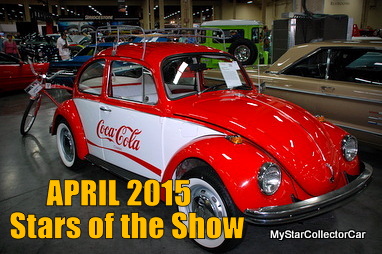 There’s been a trend at auctions lately and it’s based heavily on nostalgia.

These old working stiffs were in and out of daily traffic decades ago because they were working every day of the year in some role that definitely wasn’t a Sunday drive.

They were a part of everyday life and like any other tool that wears out, commercial vehicles like ’57 Chevy taxis were retired after many brutal miles in hard service.

Retired is a relative term-in fact crushed and baled actually is more accurate.

That’s a good trend because these rides are off the chart cool so take a look at what was out there at a couple of major auctions.