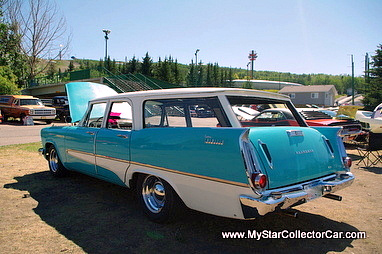 There’s a common thread that runs through most MSCC “stories behind the car”.

It’s one that every old car owner has heard over and over at numerous car show around the world.

Call it the “my Dad had one” scenario.

The movie Vacation was based on John Hughes’ short story ‘Vacation ’58’ about a cross country tour in his Dad’s brand new 1958 Plymouth Sport Suburban.

This 1958 Plymouth Suburban is a classic example of theory put into practice because its owner’s father really did own one.

Forward Look Mopar wagons from the late 50s are rare so this big brute gets more attention than Justin Bieber at a 13-year-old girl’s birthday party but Wayne Harris bought this car because of the link to his father. The rock star status was irrelevant. 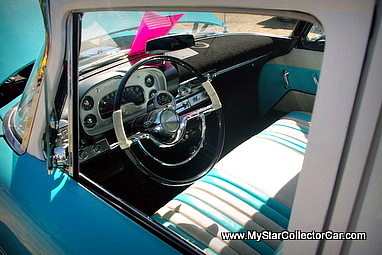 He’s owned it since 1998, adding, “it came from Reno originally” so the commitment level is obvious but it’s the intangibles that really motivate Wayne to drive this car. This is actually a monster in Clark Kent clothing because there’s a big bad 440 cubic inch under the hood. 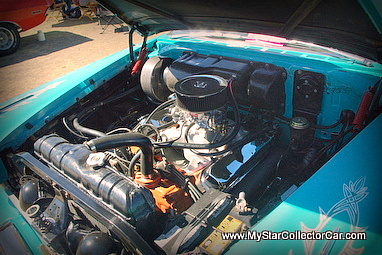 Wayne admitted, “ I rebuilt the motor and did a few other mechanicals to it but other than that it’s pretty stock. I had the steering box rebuilt and it’s 90% there, but it’s still a beast to drive because it has manual steering and brakes so a trying to pull into a parking lot is fun”.

The key to this car and owner relationship is the driving side and Wayne has spent thousands of miles behind the wheel of this ’58 Suburban, “ It’s really something when you stop anywhere because people really appreciate the car. I constantly hear the ‘I had one’ or ‘I rode in the third seat on vacation and got car sick in one’ but it’s great that it brings back memories like that for people”. 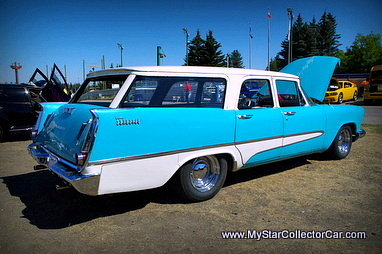 Wayne has developed some family traditions of his own in the Plymouth that are definitely an acknowledgment of the past, “We go camping in it and we have an end of season trip. We sleep in it and we end the season with a group Thanksgiving camp-out”. 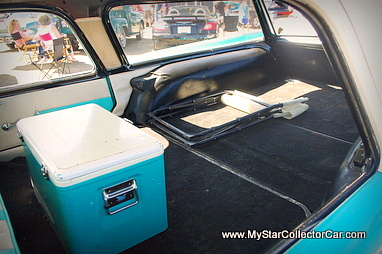 The trips are generally uneventful in the big Plymouth if you have the proper respect for the road as Wayne pointed out, “It’s a little hairy doing the freeway shuffle in it because it is stock in may ways but it has no trouble keeping up. That surprises people. It likes gas because it’s got a 22 gallon tank and it used half a tank to get here ( 60 mile round trip). I’ve driven it through the mountains and it gets quite a sound. It scares the deer so they don’t pop out in front. It’s great, I drive the hell out of it and I’ve never seen another one on the road”. 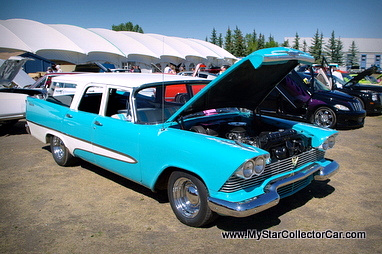 The theme throughout the story behind this 1958 Suburban is the connection to family and Wayne had an experience that really defined his personal relationship with the wagon, “We were at a wedding with my Dad and I asked him of he wanted to go for a ride in the car. He was on crutches but he loved the idea. Dad sat in it and tears started coming in his eyes. That was the best moment I’ve ever had in the car”. 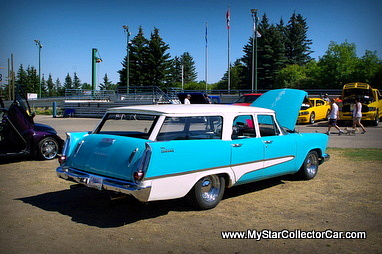 Clearly, in the end, it really comes down to one thing with old iron-“my Dad had one”.