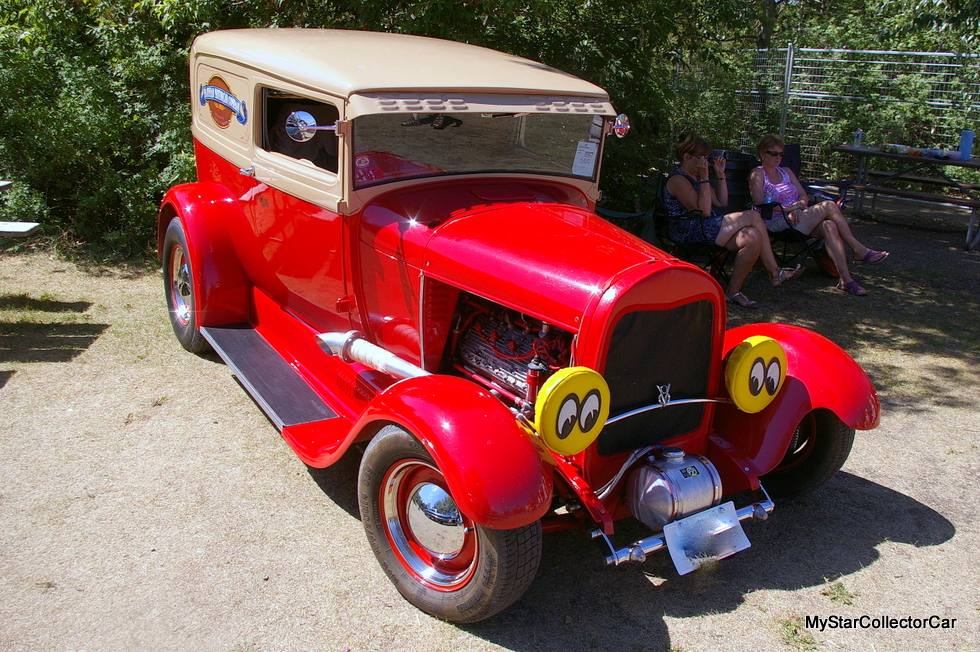 The summer heat was blazing hot the day we encountered this incredibly cool 1928 Model A Sedan Delivery at a show.

The retro rod was parked at the entry area at the show and we noticed a bottleneck of people around the Model A.

‘The stylish old delivery resto mod ride was an eye-catching example of a bygone era when flatties ruled and were a big part of a hot rod build.’

This A has a 1953 Mercury flathead and one could imagine this combination of Model A and flattie when Elvis first hit radio in the mid-50s. 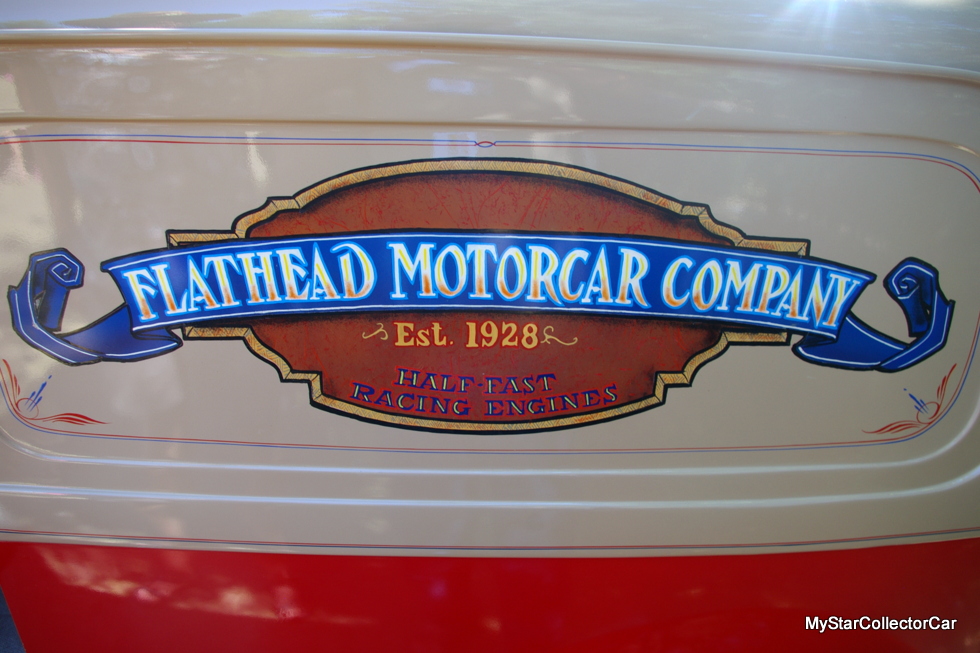 Errol Bowren is the current owner of the Model A and he and his wife Kathy are used to the attention his retro rod gets whenever he takes it to a show. Errol and Kathy have been the proud owners of the Model A for the past six years and are a big part of the coincidence factor. The Model A was built by the previous owner and his retro custom rod is a legacy of his ability to retain the spirit of the old school hot rod philosophy in the project. Incidentally, the former owner’s name was Errol and his wife was named Kathy. 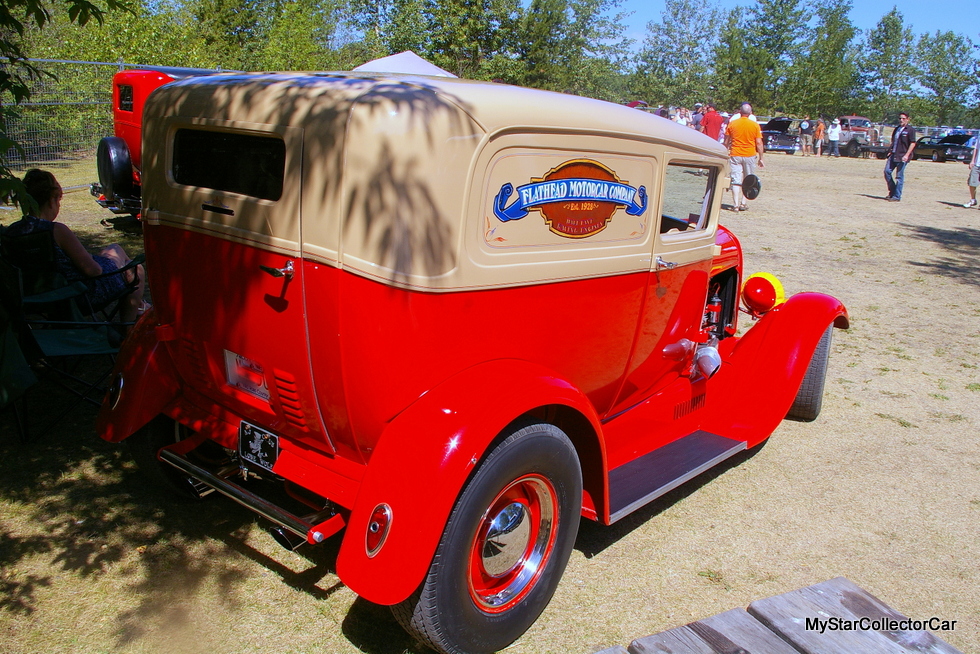 Errol is not exactly a household name unless there was a run on Errol as a baby name during the height of film actor Errol Flynn’s popularity as a movie star. Thus the likelihood of a car guy named Errol with a wife named Kathy purchasing a 1928 Model A custom ride off the former owner’s (Errol) widow (Kathy) is a very long shot to say the very least. 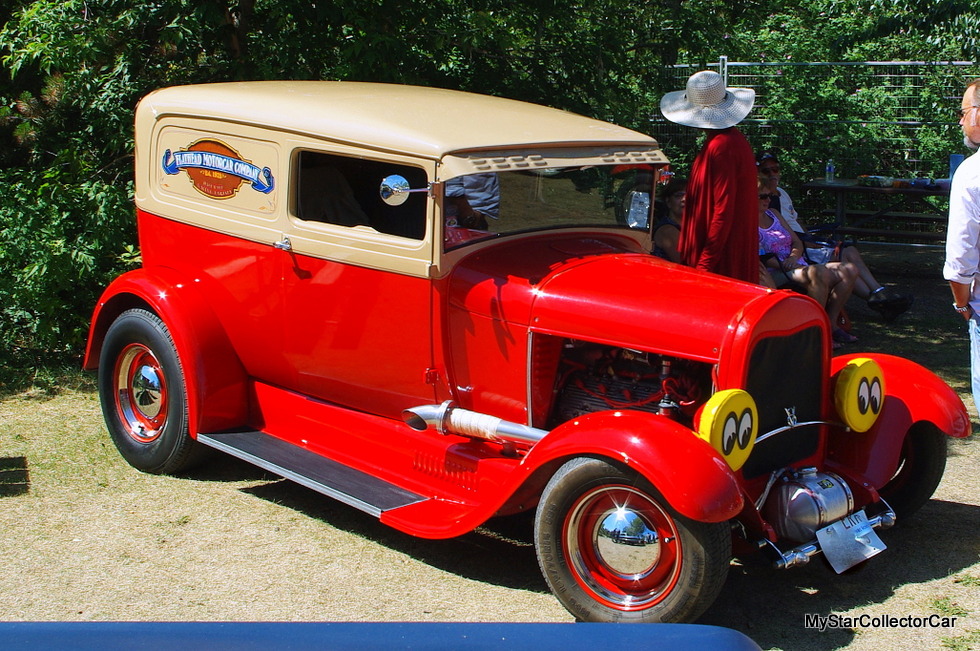 However, we do understand why the second Errol was so taken with an opportunity to own the first Errol’s pride and joy because this Model A is a testimony to a bygone era for hot rods. One of the cooler features on the A was its radiator overflow tank which was a replica of a gasser fuel tank on the front of the car. 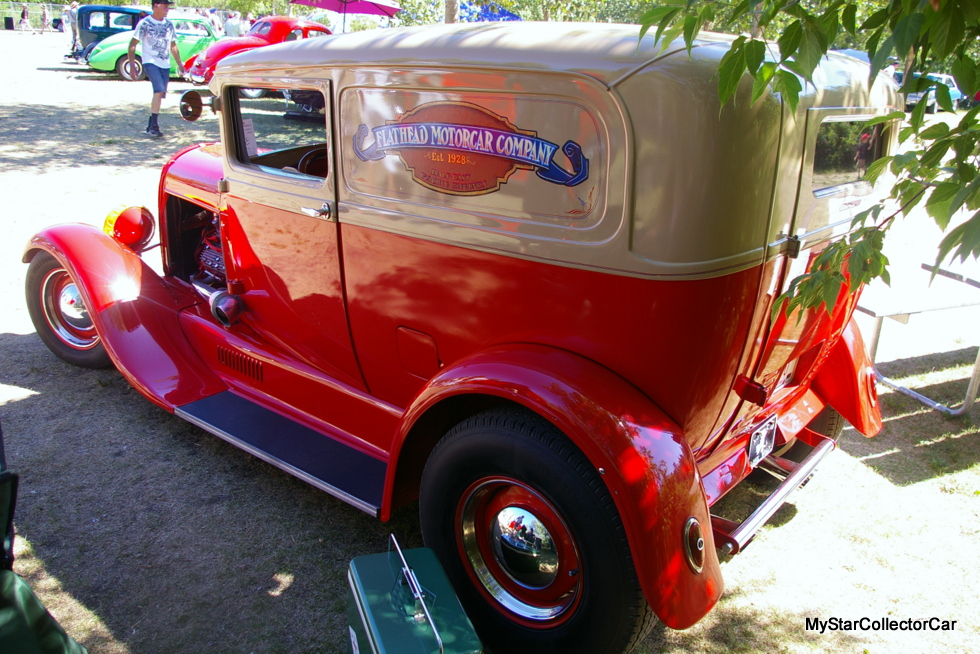 Errol and Kathy do not simply admire their Model A-they drive it everywhere they can during the summer months. Errol sums up their philosophy this way; “If you can’t drive them, then what the heck”. The Model A will drive at a steady 70 mph (110 km/h) pace down the highway and Errol told us his speedometer is “dead-on”, in his words. Errol also noted his Model A flattie has plenty of power when needed to get out and pass on the road. One of the unique driving experiences occurs when Errol slows down because the steering wheel drop in the A has made him a left-footed brake driver. 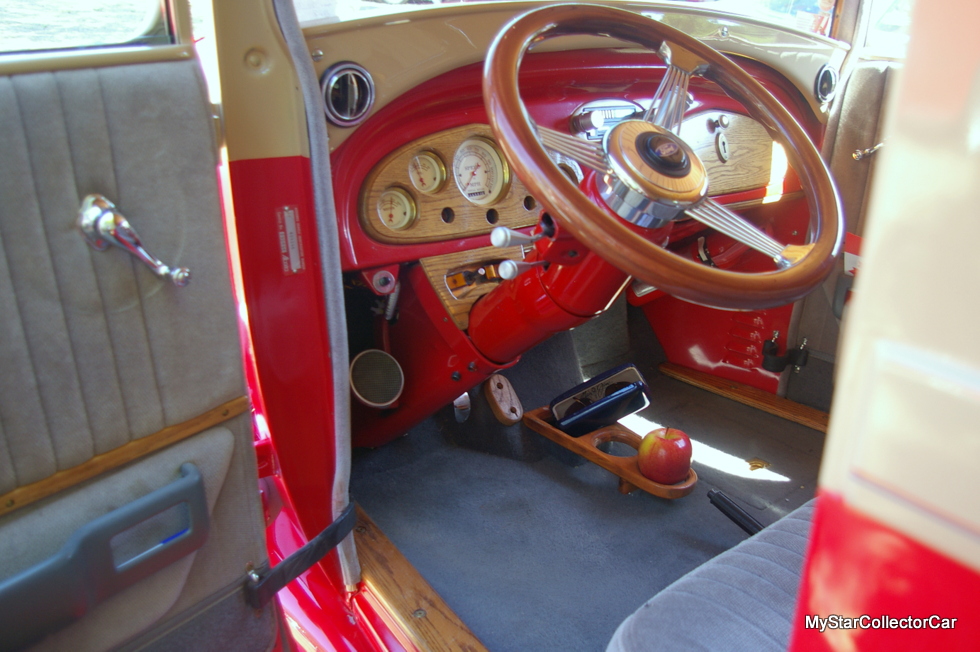 The old school vibe with the Model A can also be seen in the steering system because the vehicle still has a straight axle on the front end and that arrangement is fine with the second Errol. The final feature on the Model A is a front plate with the name Errol on it and this is the second Errol’s tribute to the first Errol because he built a timeless classic rod.
We at MyStar completely agree with the tribute.