Things have definitely gotten more comfortable and complicated in our current automobile era.

The vehicles of today are more efficient, reliable and even warmer than yesterday’s rides, but those of us who were kids in that bygone era still remember the old days with plenty of fondness, despite the limitations of the cars from the past.

Winter was a particularly vexatious time for cars in the 60s. For those of us in northern climes, the season tested the cars in ways that went well beyond their designated roles. There were a handful of ways to ensure a car would start and the easiest way was a heated garage, but warm garages were not as common in the 60s.

Therefore a car relied upon what is known as a block heater to battle with the frigid weather. A block heater may not be a common term for people from warmer places, but they are an absolute necessity then and now in northern parts.

The block heaters warmed up the car’s engine block to a point where the car had a fighting chance to start, although all bets were off at minus 40 when a mechanical fuel pump, a poorly adjusted choke and a poor battery were the wild cards in the equation.

The block heaters were not known for their durability and the result was obvious when a non-operational heater meant its owner had a large chunk of frozen metal with four tires in front of his or her house until the weather improved enough to fire up the engine.

Cars that sat outside in winter took awhile to warm up enough to provide heat so many people added after market in-car heaters into the mix. The heaters ran off 110 volt house power and would save a few minutes of scraping frost off the car windows in the cold dark mornings.

That’s why I remember my own disappointment when my father installed one and I found out the heat produced by the in-car heaters was minimal to say the very least. Climbing into a cold car with one of these heaters was just slightly better than climbing into one without a heater during an extreme cold spell.

No average car was equipped with heated seats in the 60s, so we just shoved over younger siblings and grabbed the vacated warmer vinyl seat space from them. It was a firm but fair law of the frozen jungle for kids from that era. 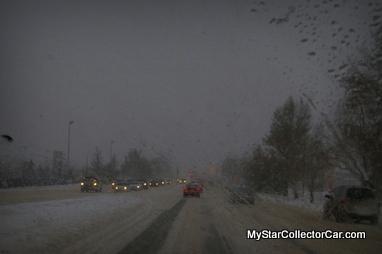 A car in the 60s definitely needed some warm-up time before it was driven in the deepest cold part of winter. Otherwise it would hesitate and even stall until it was warmed up properly by its driver. The result could be very bad if the car flooded and the battery was unable to turn over the engine long enough to start it.

Most car guys who were kids in the 60s and lived in wintry regions still carry booster/jumper cables for this very reason. They know how things can go sideways in a hurry when the car stalls at sub-zero temperatures and the lesson will last a lifetime.

The final part of the equation for cars from the 50s and 60s was the amount of heat they could produce for passengers and the answer was typically not enough for skinny kid passengers. Most of the heater’s efforts were pointed at the windshield thought the defroster vents and little was pushed through the floor vents. 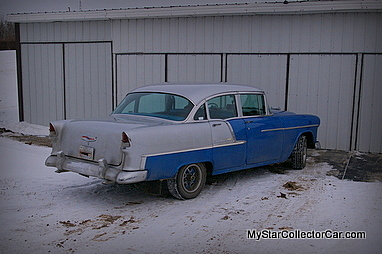 Drivers used to put cardboard in the grilles of their cars during the 60s to prevent frigid air from cooling down the radiator and theoretically provide warmer air to the engine block which meant warmer air through the heater core for the car’s interior heat.

The theory did not account for inefficient heat delivery systems like fabric heat vent tubes and undersized heater fan motors, so we were not exactly riding in four-wheeled saunas during the 60s. The result was a run on stick-on plastic frost shields stuck on cars’ windows to compensate for the lack of adequate heat in the cars. 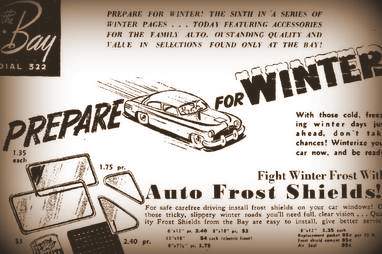 Kids just dressed warmly and used younger siblings as speed bags to keep the blood flowing through an impromptu workout in a cold car. It was an efficient mix of fun and exercise for the older kids in the car.

Most of this description may seem very foreign to younger readers, but it was a way of life for those of us who grew up in the 60s.

We can look back on it with a real sense of nostalgia, but these limitations are a few more reasons why car guys do not drive old cars in the winter.

THE MYSTARCOLLECTORCAR ANNUAL FIVE THINGS YOU NEED TO DO FOR A...