There were plenty of car companies in the mix a century ago when they banished the horse and replaced it with the internal combustion engine for hauling people from Point A to Point B.

Sure there were lots of turn-of-the-20th century doubters who believed that cars were a passing phase and Old Paint would once again power horse-drawn carriages.

History proved them to be as delusional as the people who said computers were a temporary fad.

Nash was later attached to Kelvinator, a famous manufacturer of kitchen appliances, and eventually Hudson merged with Nash in 1954 to become American Motors. Some of their cars even looked like kitchen appliances.

Most of us just called everything from AMC “Ramblers” after the name replaced the now extinct Nash and Hudson brands. Ramblers were solid sedans with a reputation built from their ability to put family haulers on the road at an affordable price. 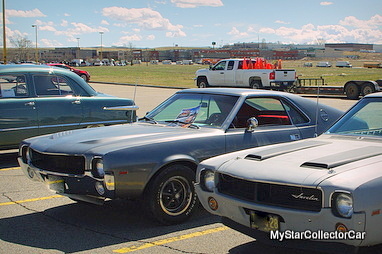 Ramblers were far removed from the stuff of automotive dreams for young car guys in the 60s until AMC decided to jump into the style game in the mid-60s with the Marlin.

The Marlin was essentially a fastback 2-door version of the Ambassador sedan, but it was AMC’s first real foray into the sporty car market.

The 60s were a time when the Big Three (Chrysler, Ford and General Motors) dominated the North American car market and companies like AMC or Studebaker stayed in the game on a limited budget. 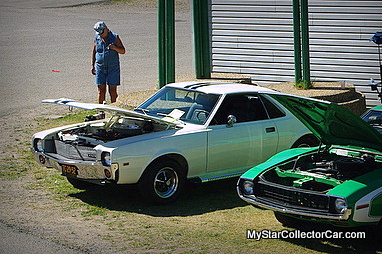 AMC added small and big block V-8 power to their sedans during the muscle car wars with names like Hurst SC/Rambler and Rebel Machine, but their most famous names were the Javelin and its even sportier two-seater sibling, the AMX. 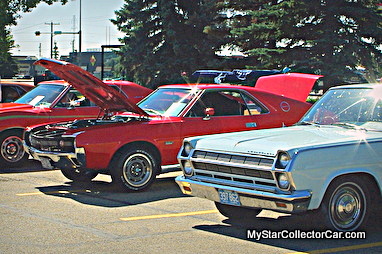 In fact this AMC history lesson is all just a preamble to the title of this article because the AMX is truly a lost legend in automotive history. Budget-conscious AMC designed the Javelin with a back seat and simply removed the back seat and its extra inches for its smaller AMX.

The original Javelin was a very stylish car that held its own in the good-looking pony car department in the late 60s. Taking away the extra sheet metal and back seat made the lookalike AMX a great car. The debut of the AMX took place at Daytona on February 15 1968 and it hit 130 mph during its speed run.

The AMX had it all: looks, styling and enough brute force from its optional 390 cubic inch heart to run with the big dogs during the muscle car wars. However it was only built for three years from 1968 to 1970, with only 19,134 vehicles in its total production run. 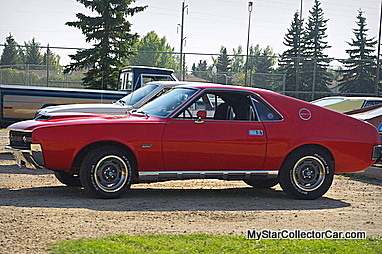 The limited run and sands of time caught up with the AMX because they are not common at car shows, thus the “lost legend” moniker in the title. We cross paths with these cars on a very infrequent basis at shows and we are always anxious to track down their owners.

Look for a story about one of these lost legends in June 2014 at www.mystarcollectorcar.com

We are very excited to add an AMX story to our collection.