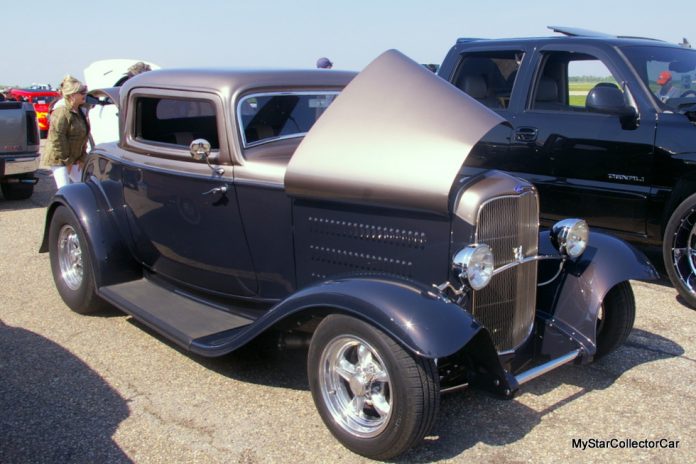 The 1932 Ford coupe has been one of the most desirable vehicles in the car hobby for many decades.

The famous car model became the base platform for the hot rod movement during a bygone era when the concept was brand new. 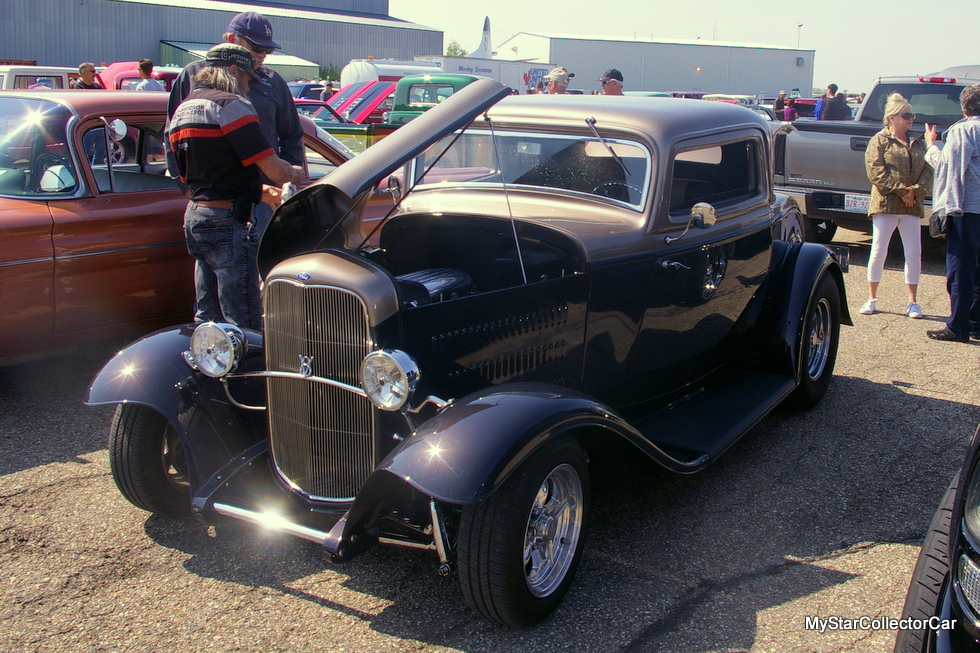 Many early hot-rodders were drawn to the possibilities and affordability found in the purchase of a used ’32 Ford for a project. Some of them removed body parts so the cars could have a better power to weight ratio, while others added extra power via a V-8 engine transplant that began with a donor vehicle at a local junkyard.

The legendary status of the ’32 Ford coupe grew over the years and was strengthened by a movie when ‘American Graffiti’ debuted in 1973. John Milner was a famous character in the movie and he drove a 1932 Ford coupe that captured the attention of car guys every time he hit the streets behind the wheel of the famous yellow hot rod. 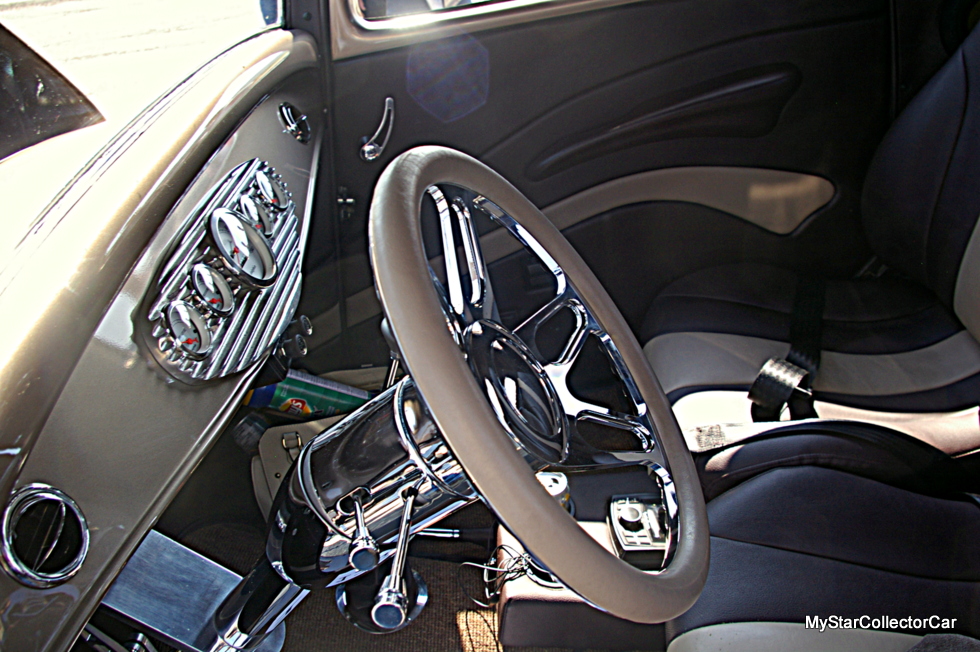 Curtis Johnson spotted a 1932 Ford 3-window coupe at a local used car dealership and liked the style of the two-tone resto mod. His girlfriend Sherry was also drawn to the car so they visited the dealership and opened negotiations with the salespeople. 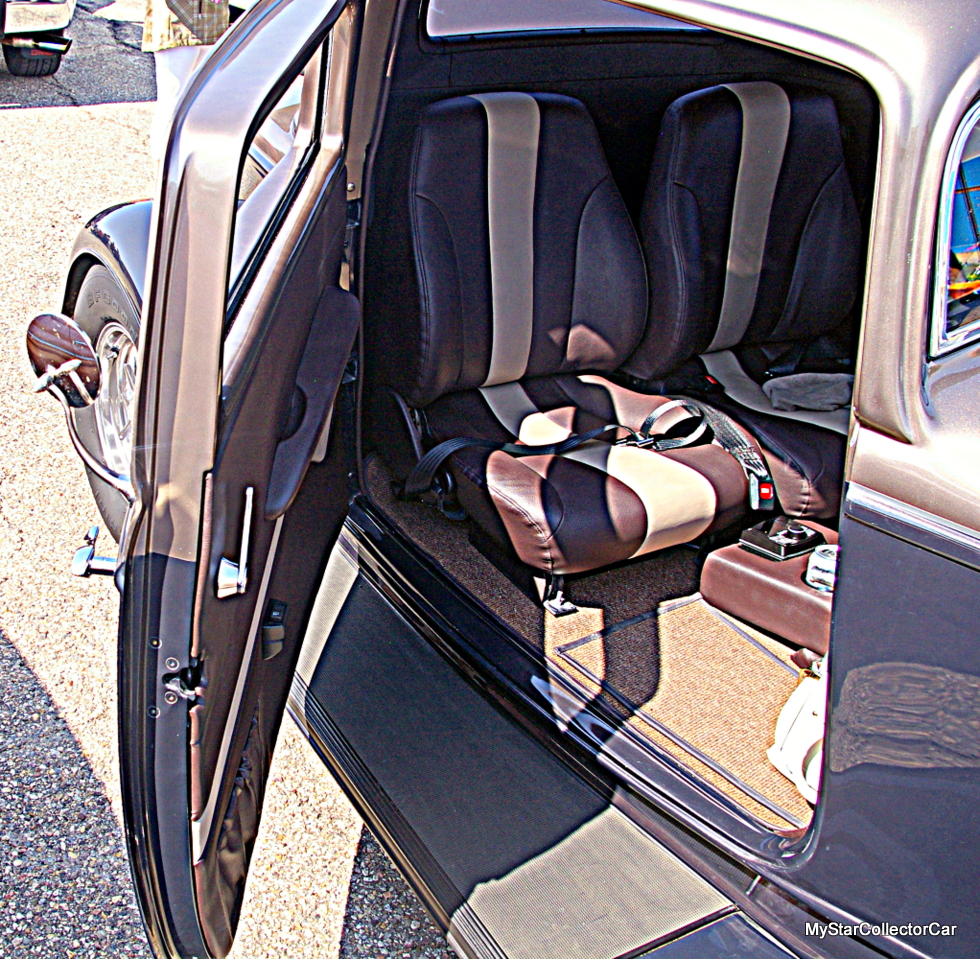 The sales process was a careful one because Curtis and Sherry loved the color, style and features built into the custom ’32 Ford and wanted to become its new owners-but not at any price. Eventually they were able to reach an agreement in September, 2018 and bought the very cool hot rod. 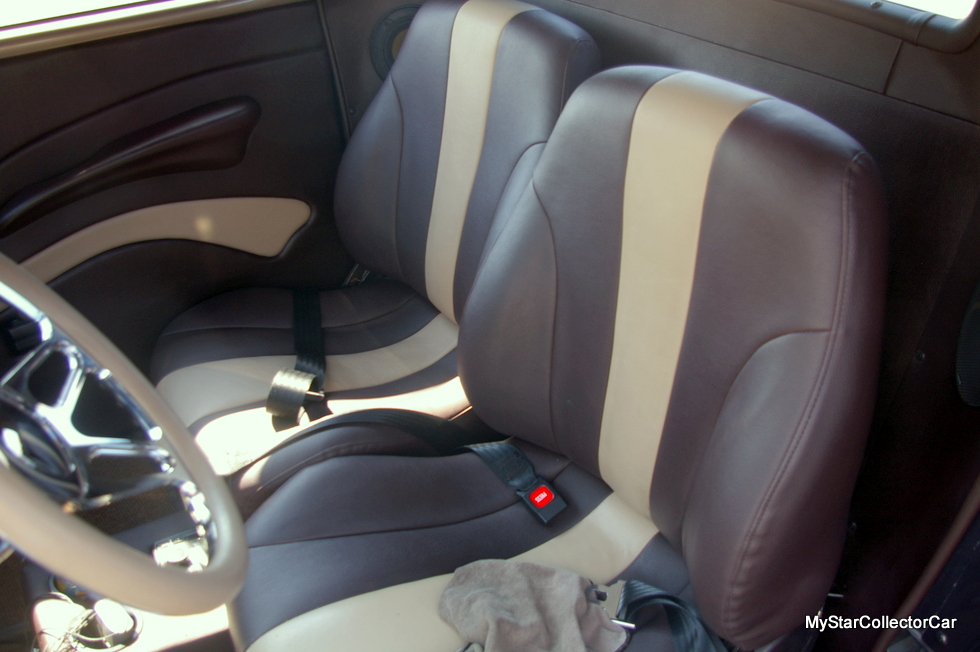 Unfortunately, their region in western Canada was hit by an early snowstorm last September so the car was stored for the winter before they had an opportunity to hit the road in it. 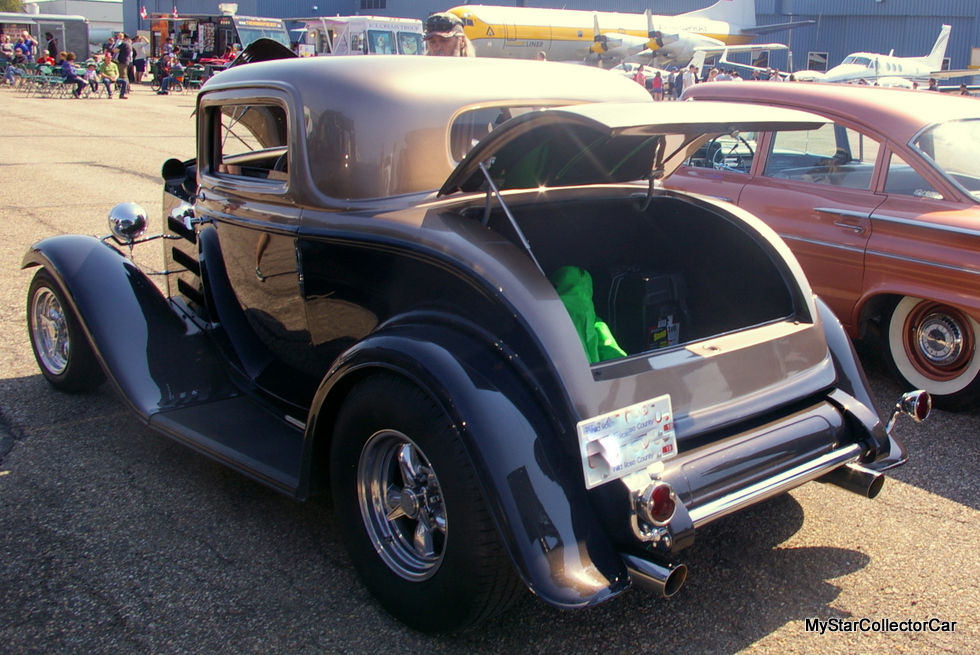 Their first excursion in 2019 took them to a car show about 25 miles from their home and they were able to experience time on the road with the ’32 Ford. 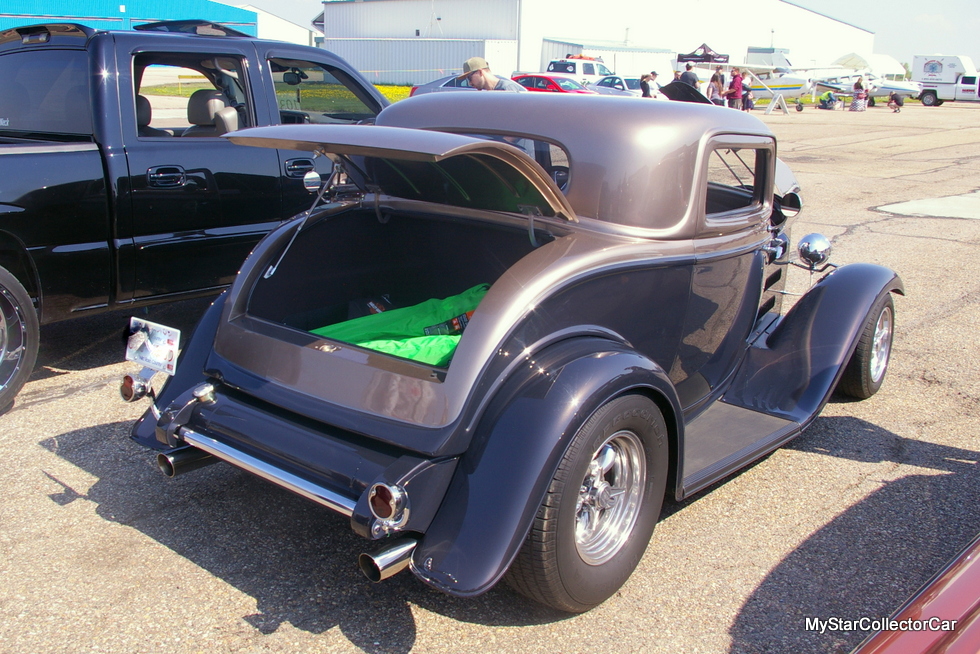 The car has been upgraded to a high level and now has a Chevy 383 stroker engine coupled to an overdrive automatic transmission. The ’32 also has four-wheel disc brakes, electric wipers, power windows and an aftermarket sound system that propel it into the modern world. 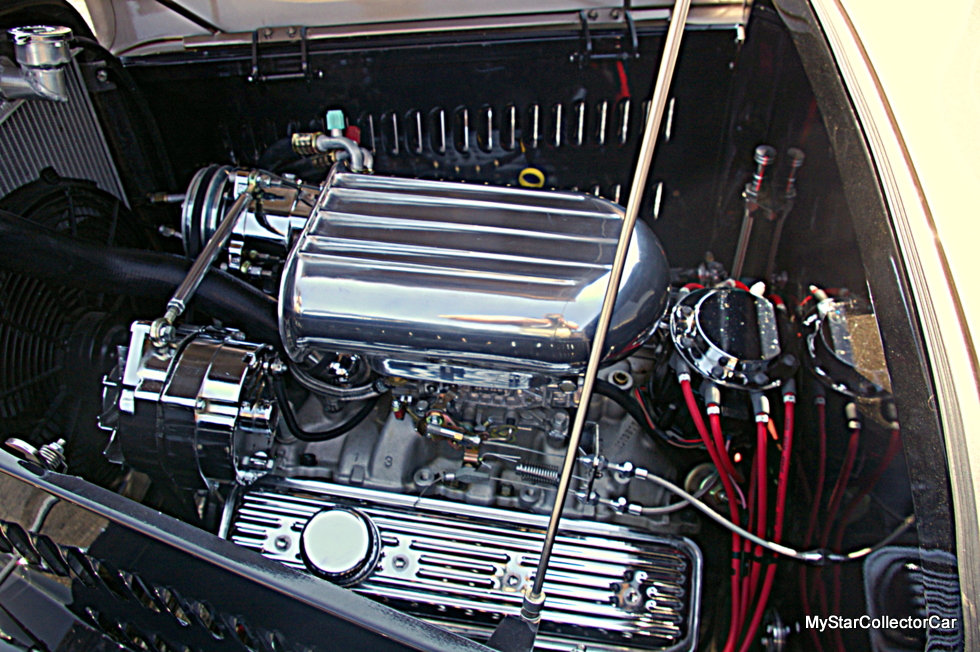 The Ford does have a small gas tank capacity in its original rear position and uses plenty of fuel to get from Point A to Point B, according to Curtis. He added the hot rod “loves the gas way too much”, but the combination of the small original tank size and a thirsty small block Chevy (that leans heavily toward performance in stroker form) means this stylish ’32 Ford hot rod will pass everything but the gas station on the road. 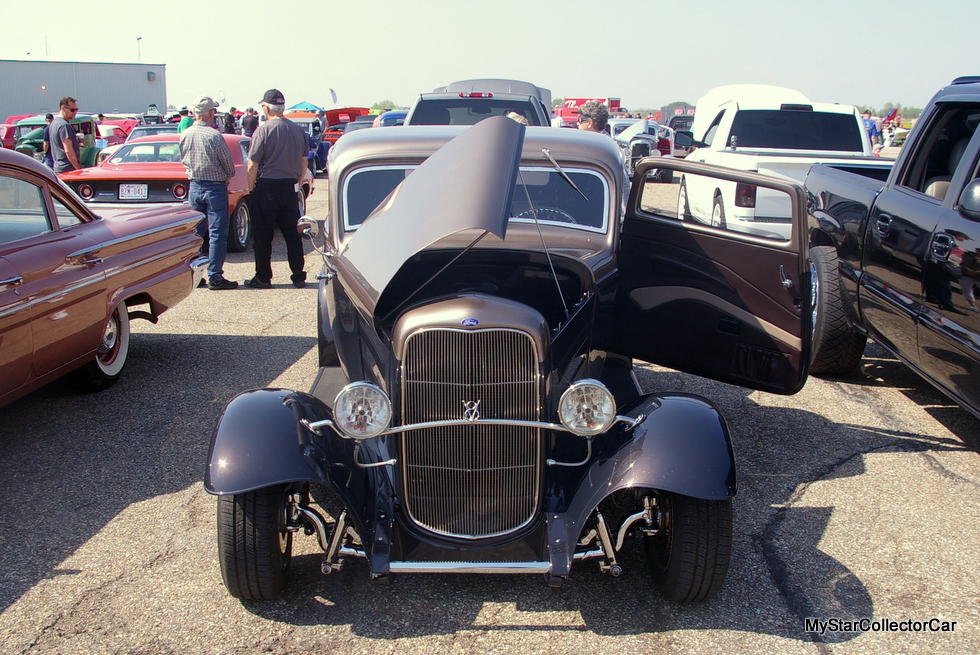 Curtis admits he is usually a bike guy but he loves the ’32 Ford and is also now a car guy. His assessment: “I didn’t think I would have a toy like this”. Curtis and Sherry may have been initially attracted to the car’s amazing custom style and color scheme, but they love the lure of the open road and car shows with their custom ’32 Ford coupe. 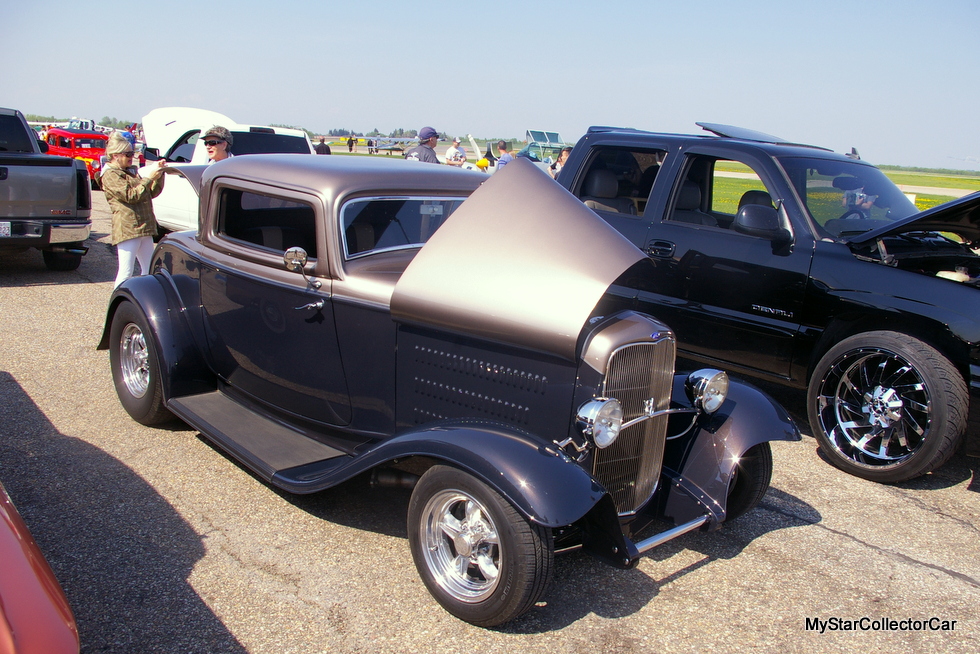 It’s a great new life for the couple and their very cool hot rod.