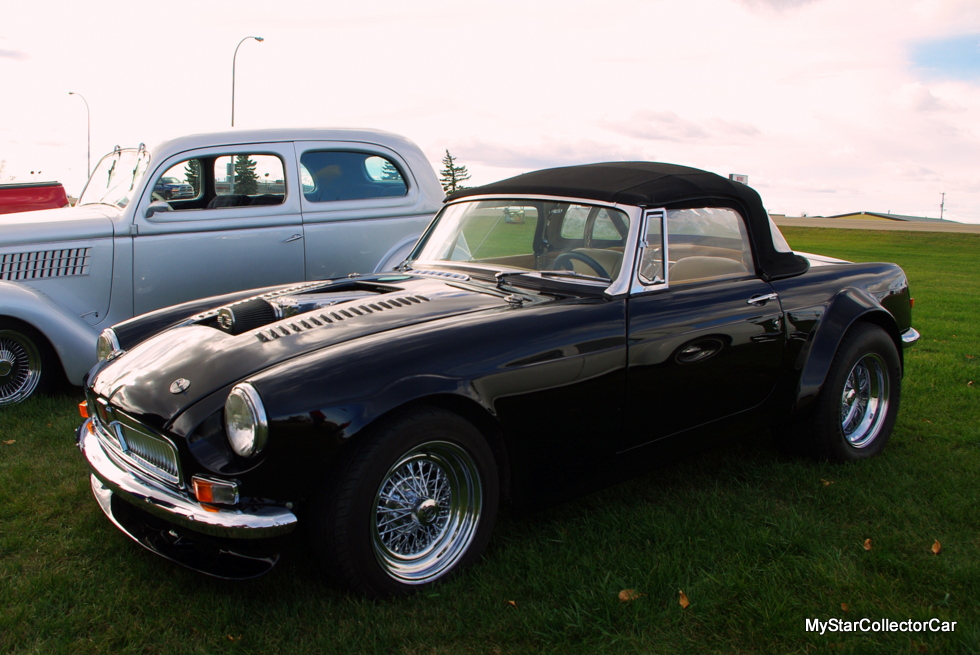 The MGB roadster was built in the finest tradition of the British sports car.

It was a lively little performer that came with a small four-banger engine that was all the lightweight car needed to get down the wrong side of the road in Great Britain.

The North American version was exported to the colonies with its steering wheel on the left side of the dash because cars are driven down the right (in more ways than one) side of the road here in Canada and also the United States. 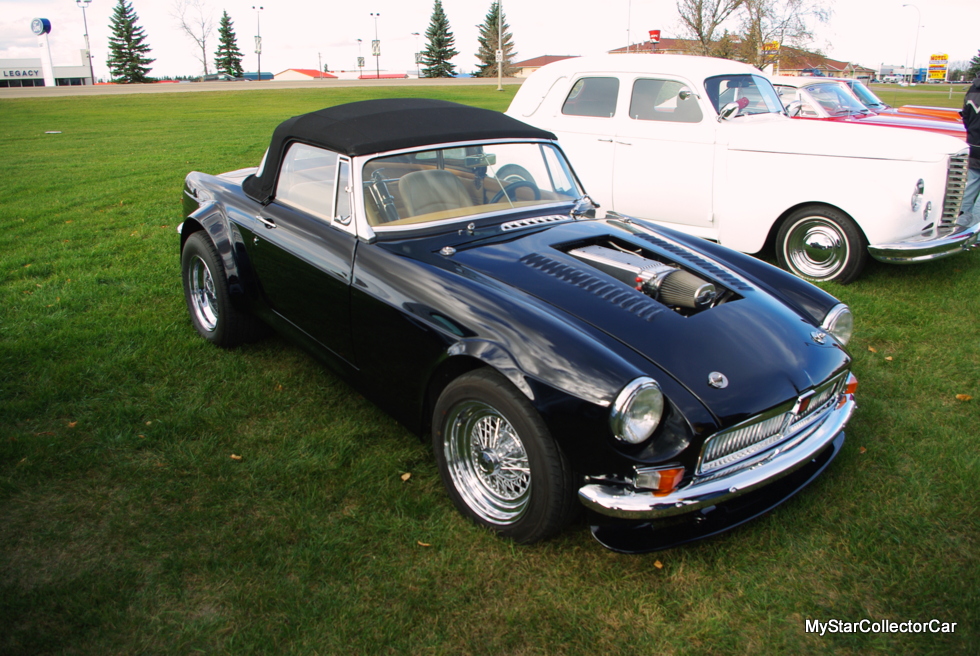 A stock MGB roadster is a fun car to drive because it is a nimble sports car that allows it drivers to use all four gears to get the factory four cylinder up to speed. However, Roger Heber had other plans for his 1967 MGB roadster after he blew up the original engine in his car. 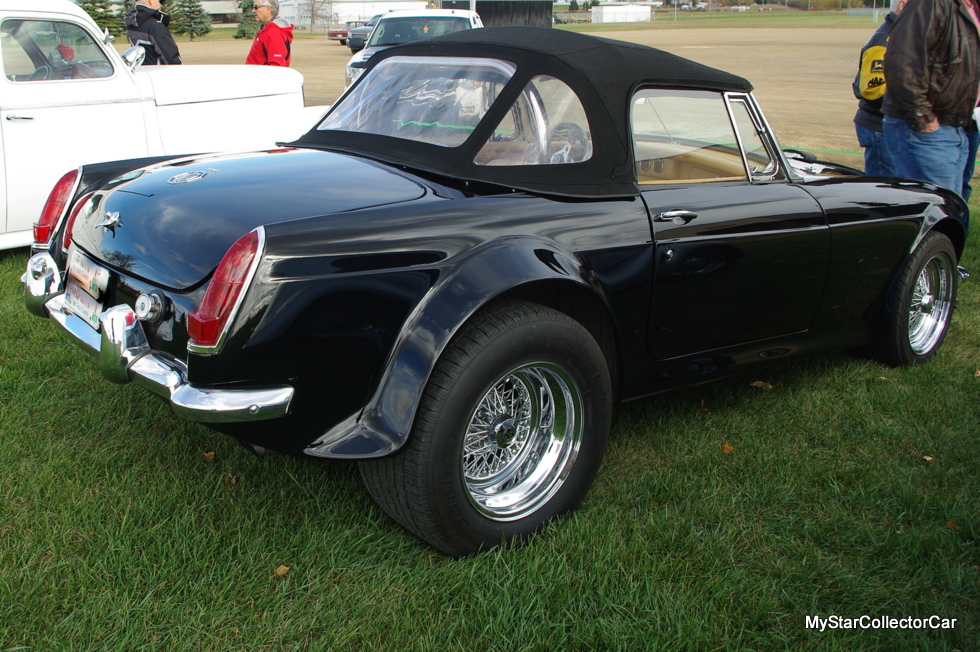 The death of the original four-cylinder in the MGB allowed Roger to re-think his game plan for the car. Initially he threw a 283 GM small block V-8 into his MGB. Roger experimented with a number of GM small blocks that included a 327, 350, 383 blown stroker, and eventually its current 350 crate engine that has been built up by Roger. 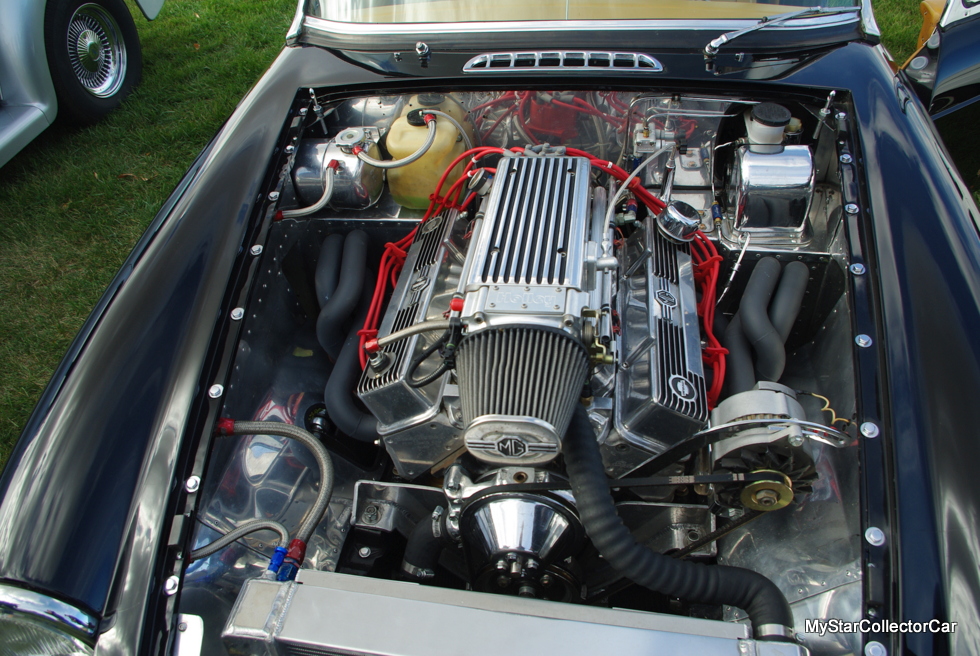 The marriage between a British sports car and an American V-8 is inherently a rocky relationship because the MGB was never built to handle the size and power of a small block. Roger had to figure out how to balance the powertrain to make it work with the sports car.

The 283 was a pretty simple decision because Roger and some buddies were sitting “around and drinking beers”, in his words, when he decided to upgrade the horsepower in the MGB. 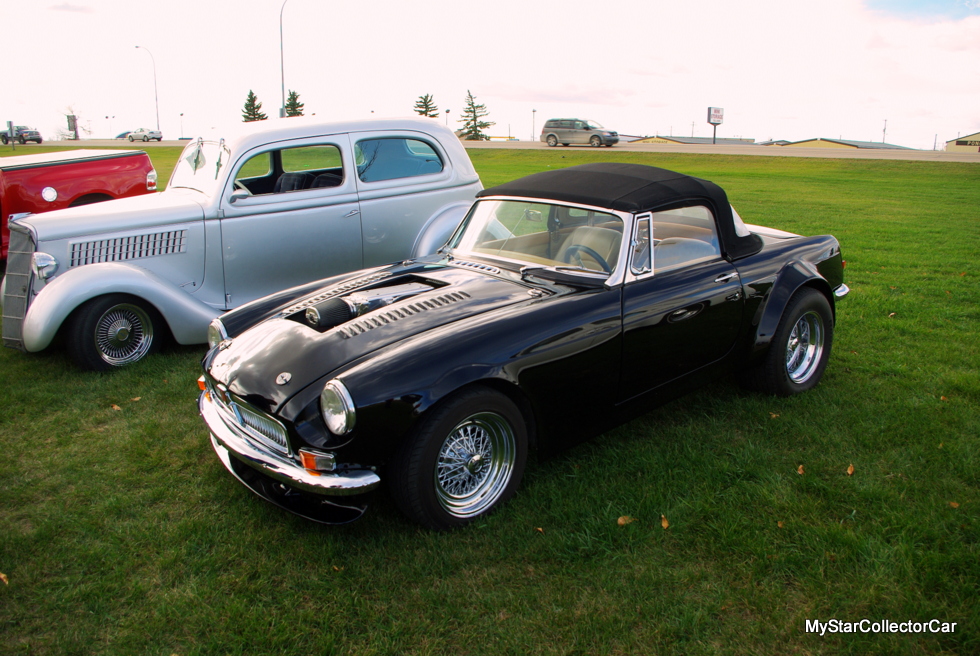 The rest of his V-8 choices became a series of power to weight experiments until Roger was satisfied he was able to maximize his performance without the handling and engineering problems associated with his resto mod choice.

The current MGB was completely redone in 2007, with a do-over in 2014 when Roger hit a deer. The MGB now sports the kind of disc brake/front end system that Roger believes would have been good enough to avoid a tragic encounter with Bambi on the road. 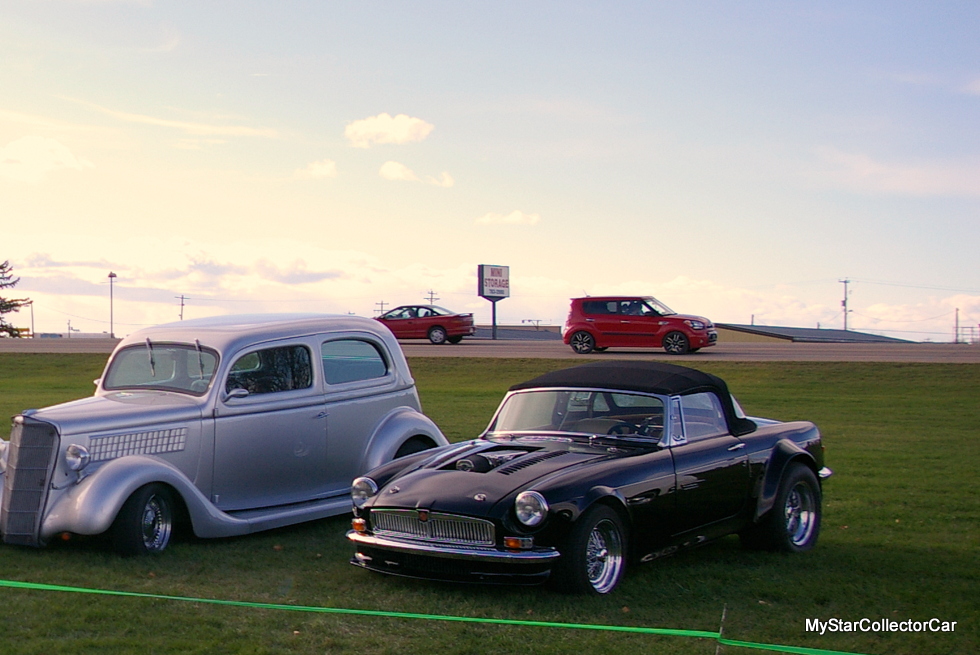 The revamped MGB also produces 357 horsepower at the rear wheels and has now become the well-balanced road machine that Roger envisioned when he began his V-8 conversion many years ago. The aftermarket 5-speed manual transmission in the MGB can easily handle all of the horses under its hood. 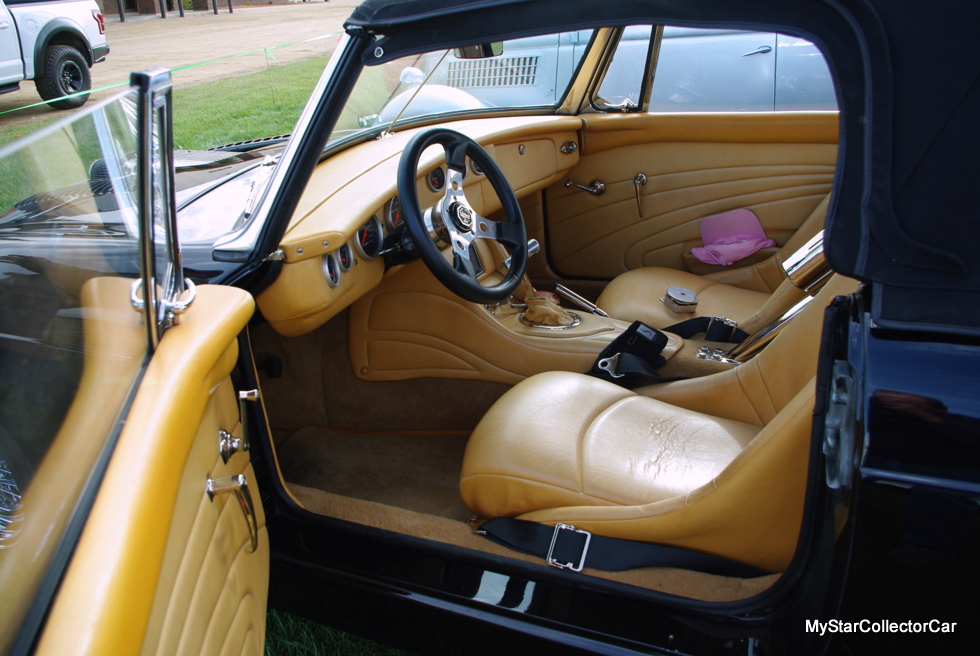 Roger left the large hole in the custom-louvered hood on his MGB because it works well with the new 350. The hole was a part of the car’s legacy and used to allow his 383’s supercharger configuration to stick out of the hood until Roger was advised by local law enforcement to get rid of it because it blocked his view on the road. 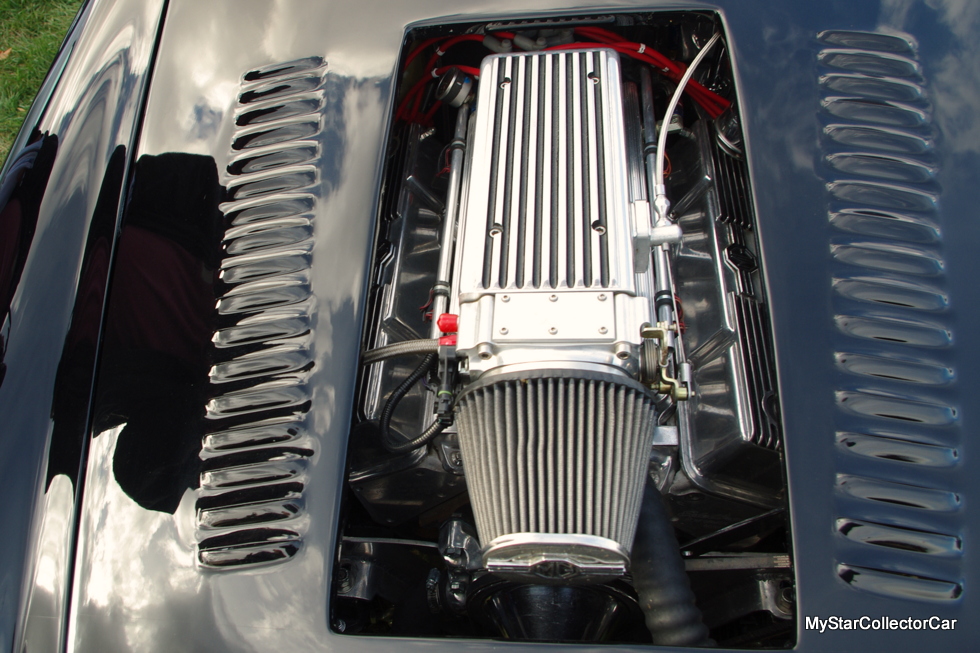 The MGB still sports its custom roll bar because Roger likes its safety angle, along with its important structural role regarding the beefed-up frame on the car. 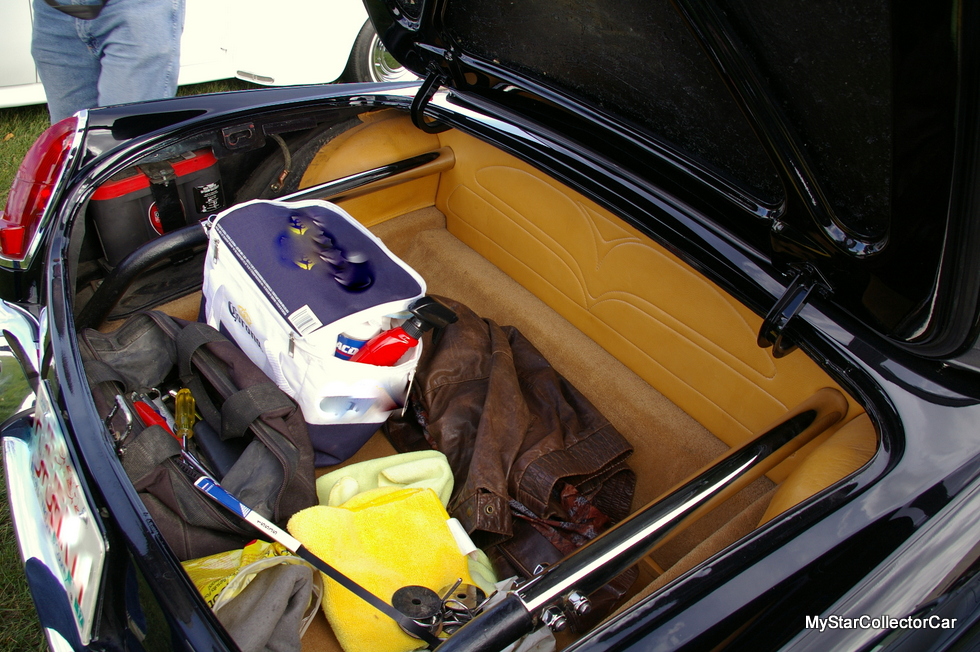 The pursuit of a perfect balance between American muscle and the British sports car tradition has taken place over many decades for Roger, but now he is able to enjoy the open road because of his talent and efforts. 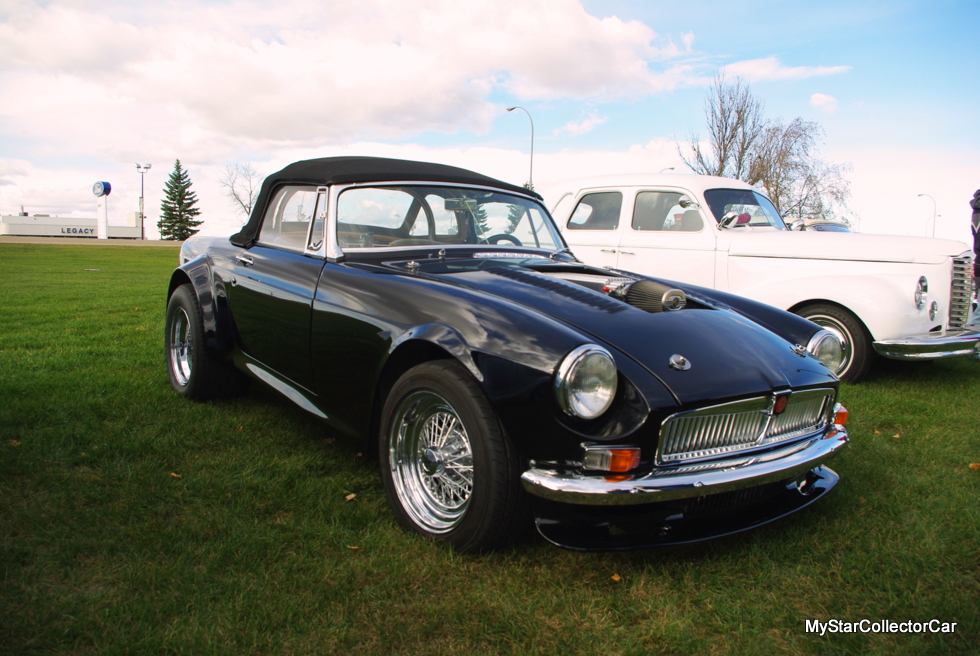 It does not get any better than right now for a car guy and his resto mod project.