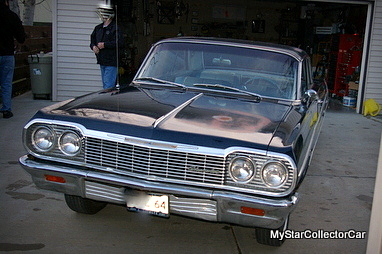 The honeymoon was never over for Jim Giesbrecht and his 1964 Chevy Impala 2-door hardtop.

‘The Chevrolet was Jim and his late wife Barb’s wedding car because a brand new direction in life required a brand new set of wheels to take you there back in 1964.’

Fortunately, this survivor ’64 Impala is still a member of the family. 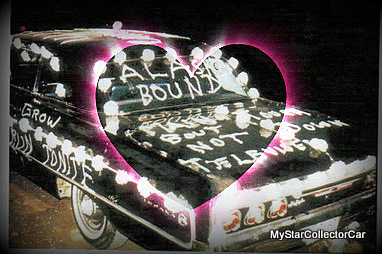 Jim, Barb and the Impala shared a honeymoon together and the three of them continued down that road of life full of kids, summer vacations and winter hockey games.

The Chevy handled it all like a reliable pack mule year in and year out despite its age.

Despite that impeccable track record, there are times in every family, especially back in the 60s and 70s, where finances hit some serious whitewater. 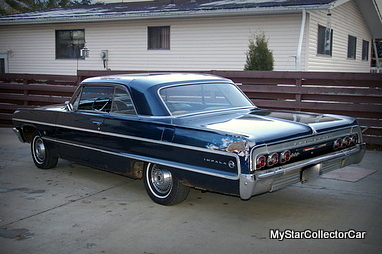 Jim had to consider selling the family heirloom at that point. Fortunately, Barb jumped into the debate and the Chevy is still part of the family in the 21st century.

You rarely see a wife defending an automotive legacy, but Barb saw this aging Impala in a different light. It was full of too many good memories so she couldn’t cut the ties to a member of the family from Day 1.

Barb made a great call on this classic old Chevy because the car is now a permanent part of the family tree and it will go to Terry, Jim and Barb’s son–the heir to the Impala. Jim’s biggest battle now is wrestling wrenches away from Terry. 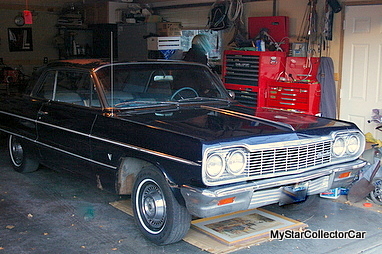 Terry loves the car because he literally grew up with this car, but he’d like to yank the sensible 283 motor that Jim ordered back in ’64. He’d love to plunk a giant big block into this American classic because he’s a ‘more power’ guy in the truest sense.

Terry won’t win that battle because Jim is very clear on the future of this legacy car and it doesn’t involve tampering with a ‘64 Impala that’s so original it still has factory markings under the hood. 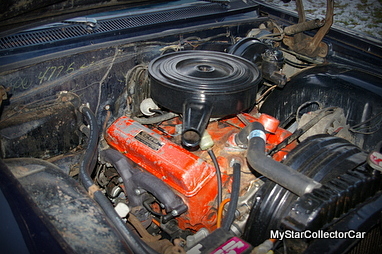 Jim isn’t interested in more power because knows he doesn’t have to get there fast. He never did-even when this car was new so plunking a massive big block under the hood is like tampering with the family tree. Jim’s goal is the same as Barb’s and that’s why he still has his ’64 Chevy full of memories. 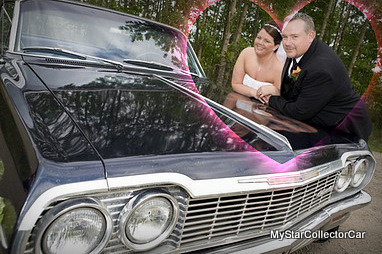 ‘Terry made this lifetime family member a part of his wedding a few years ago and no, it didn’t get a big block heart transplant.’

1965: WHEN THE TORCH GOT PASSED BY CHEVY