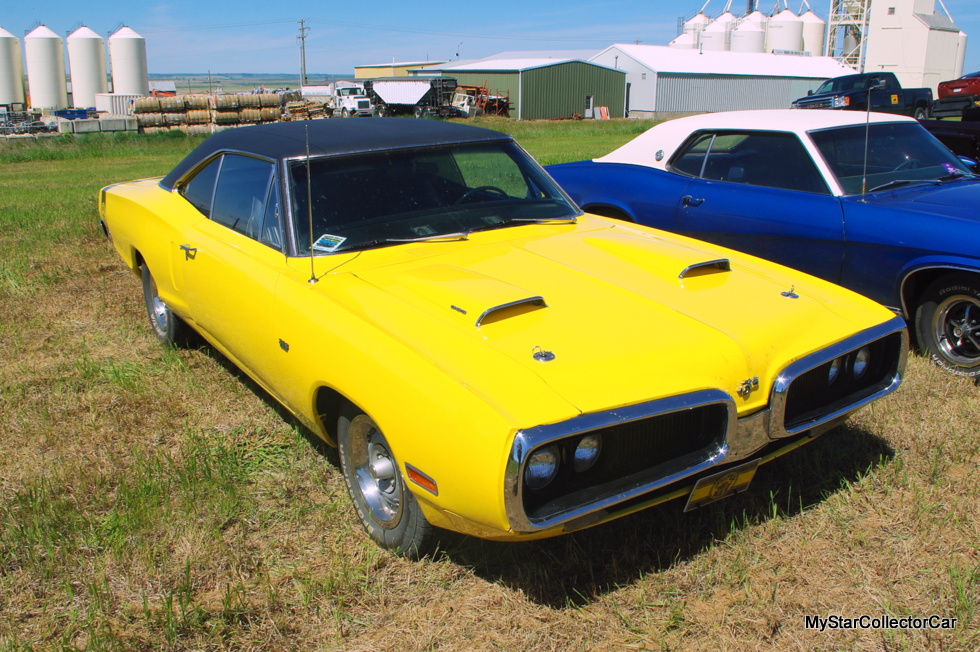 We all have the one car that really made an impression in our youth.

‘Most of them were a little on the flashy side because a kid isn’t going to set a life goal to own his grandfather’s old bare bones grey, 3-on-the-tree, radio delete, six-cylinder flattie, ’51 Dodge 4-door sedan.’

He’s going to lust after something a lot flashier and lot more muscled out like a bright yellow 1970 Super Bee. 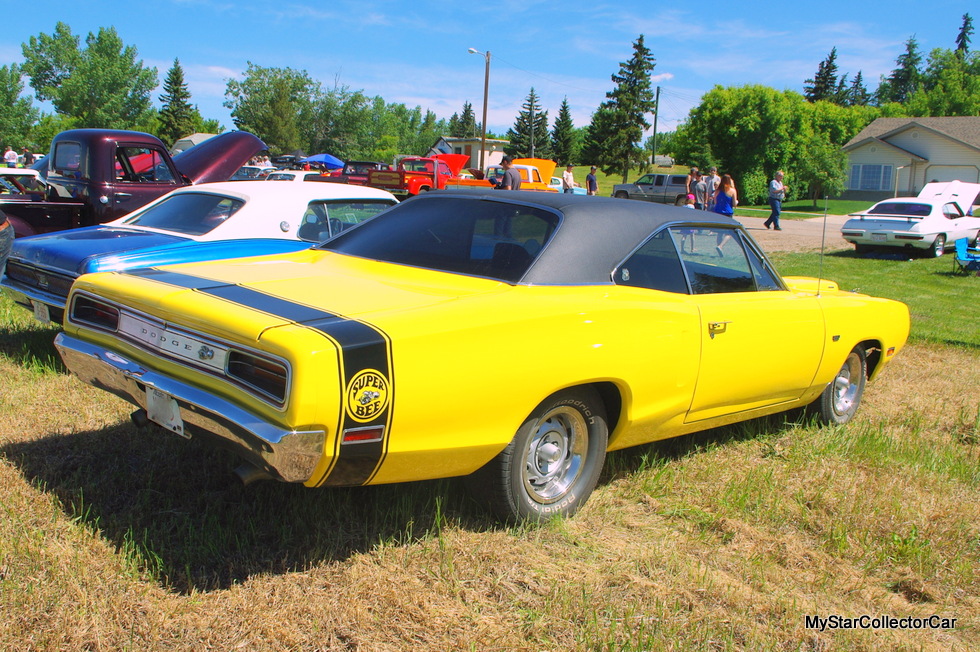 Chris Willcock was definitely one of those kids. He was working at a gas station when a bright yellow Bee pulled in for fuel and he told his buddy “someday I’ll own one of those”. Someday took decades because Chris looked “high and low and this one was available” so six years ago, he became the proud owner of a yellow Super Bee with only one departure from his dream ride—a vinyl roof. 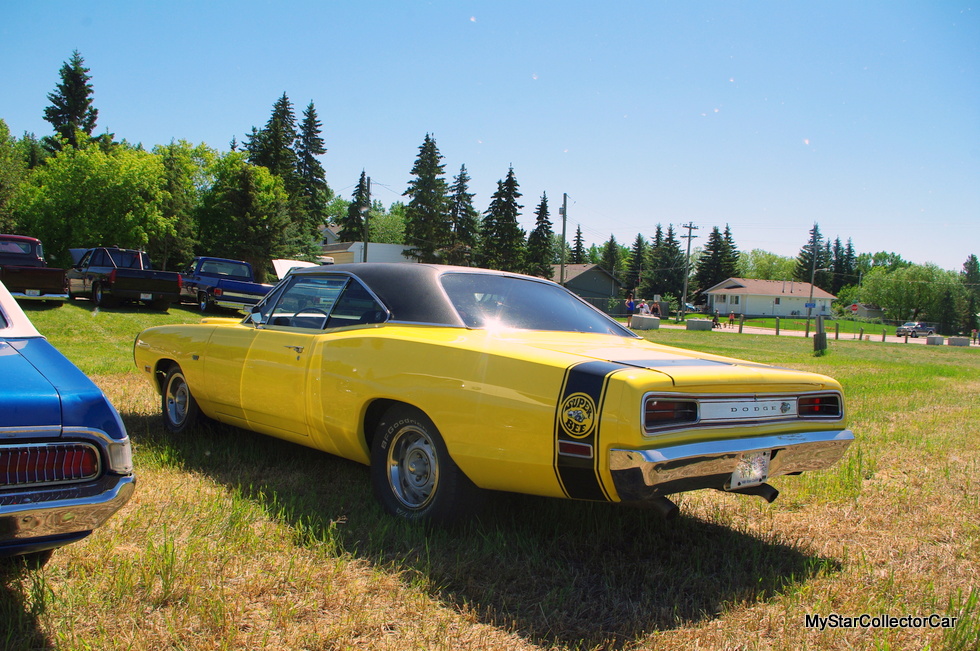 There was a long and winding road to the deal and Chris admitted it was pretty complicated. The previous owner had tens of thousands of hard-earned dollars in it but he ran into some marriage problems. The body shop had a vested interest in it and the guy’s wife was a motivated seller so Chris cut a deal with both parties and brought his classic Mopar home. 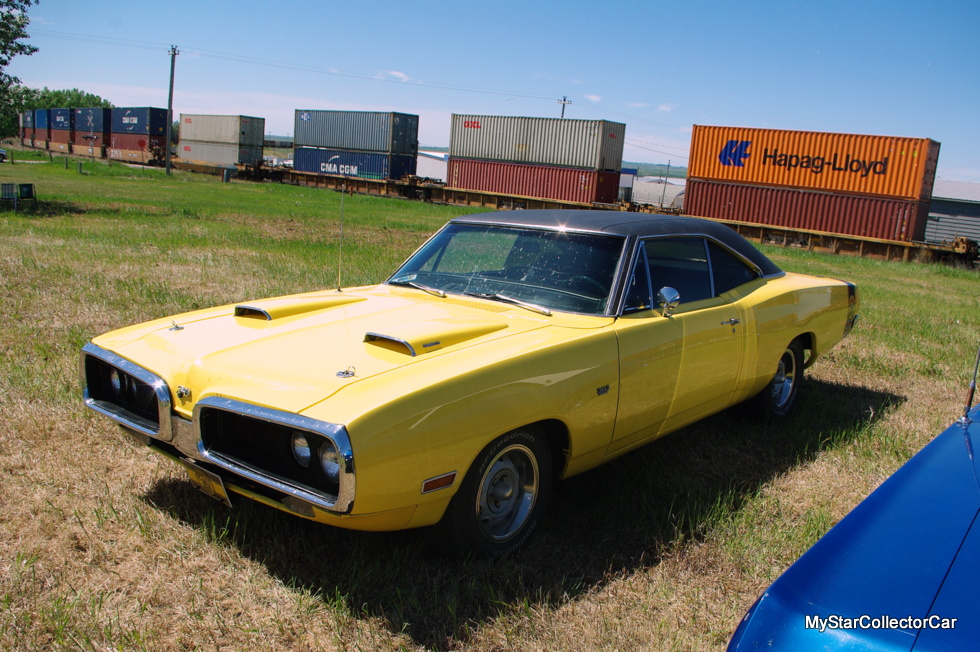 The Super Bee was on the verge of being done but this project did have some loose strings left to tie up. Chris explained how he had to “re-do the heads because the valves were too tight and there were other odds and ends plus we had to bolt the hood scoops down because they hadn’t done that”. 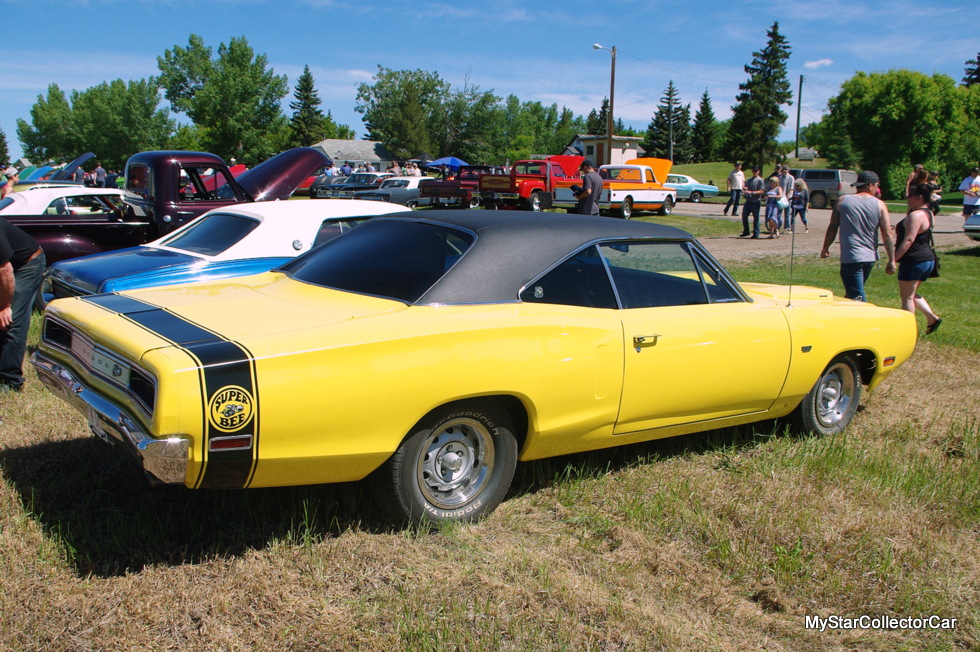 Chris’s Super Bee has been on the road for a few years so he’s run up more automotive adventures behind the wheel of his Dodge. He’s had a fuel pump cut loose a few times because it “likes eating electric fuel pumps” plus he’s run into snow on the way to a May show and that’s when he found out the heater didn’t work. 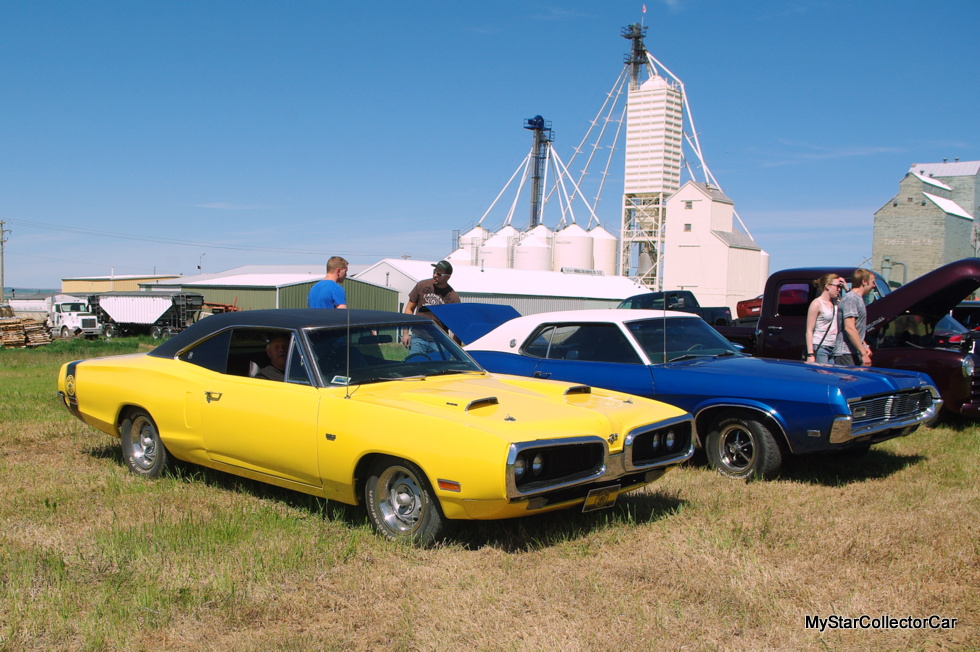 He’s also had overheating issues with the Bee so now he travels in tandem with his sons (in another car) to shows but he admits “no Dodge likes heat”.

Chris loves to put miles on his Bee and he says it great on the road-plus the 383 will get 21 miles per gallon “if we drive it nice”. That’s not typically how it’s driven because Chris and his boys like to put this Super Bee through its paces. 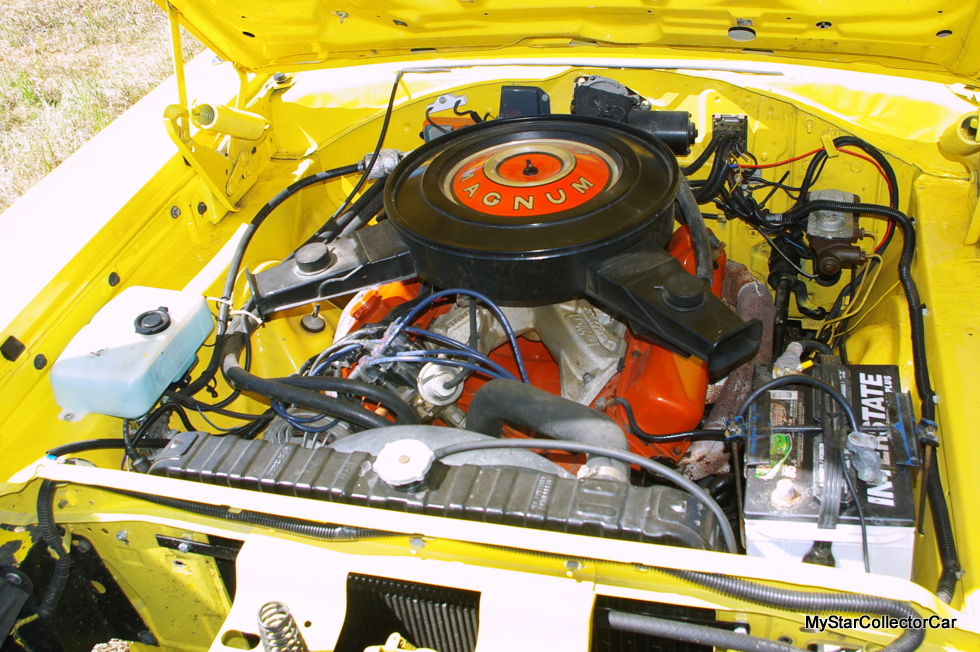 A local reporter went for a run in it and he was impressed with how smooth the car was at 100 but he thought it was 100k—he went pale when he found out it was 100 mph. 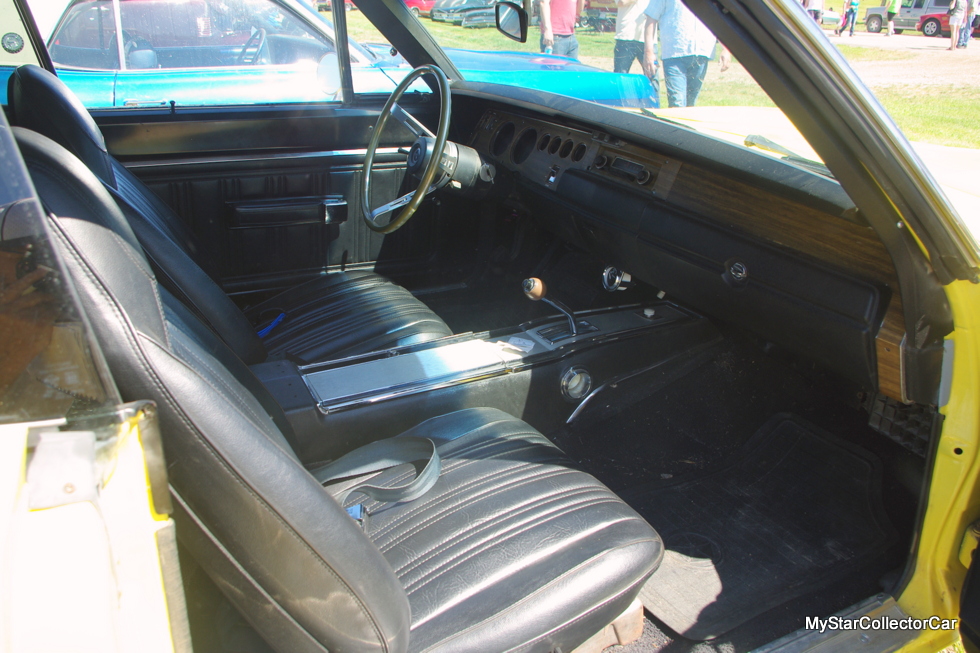 Chris and his sons have the same philosophy about classic muscle—they weren’t built to be trailer queens.  He’s blunt about this, “What’s the point of having a car if you can’t let kids enjoy it? If it’s a trailer queen keep it at home”. Chris likes to let kids climb into his Super Bee because he believes that’s how you engage the next generation so the door is always open for them. 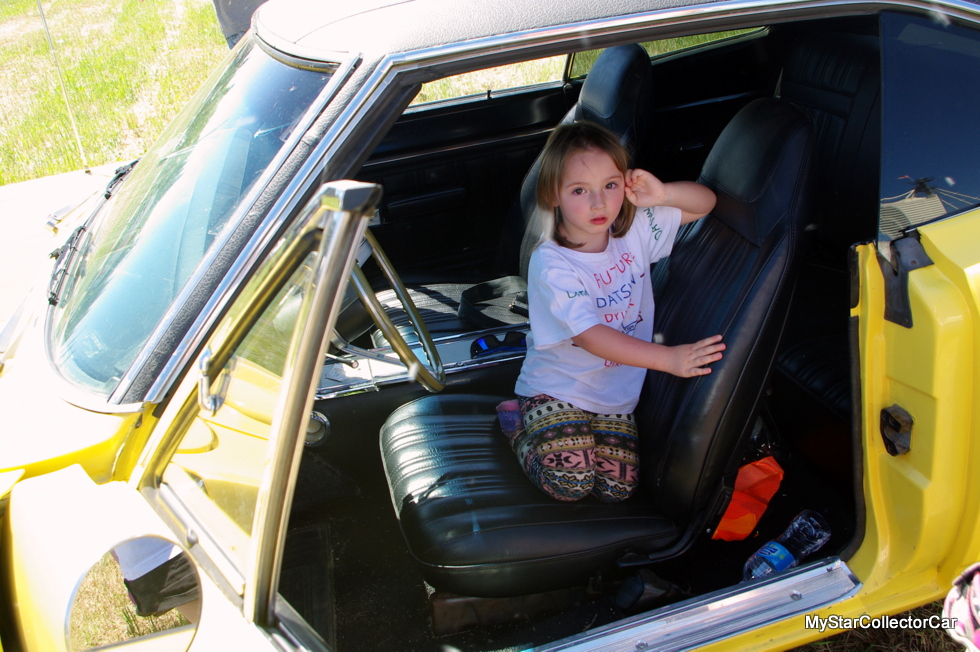 This car may have taken years to find but Chris is a patient guy and it’s never leaving the Willcock family plus there’s a definite succession plan. He pointed to his sons. 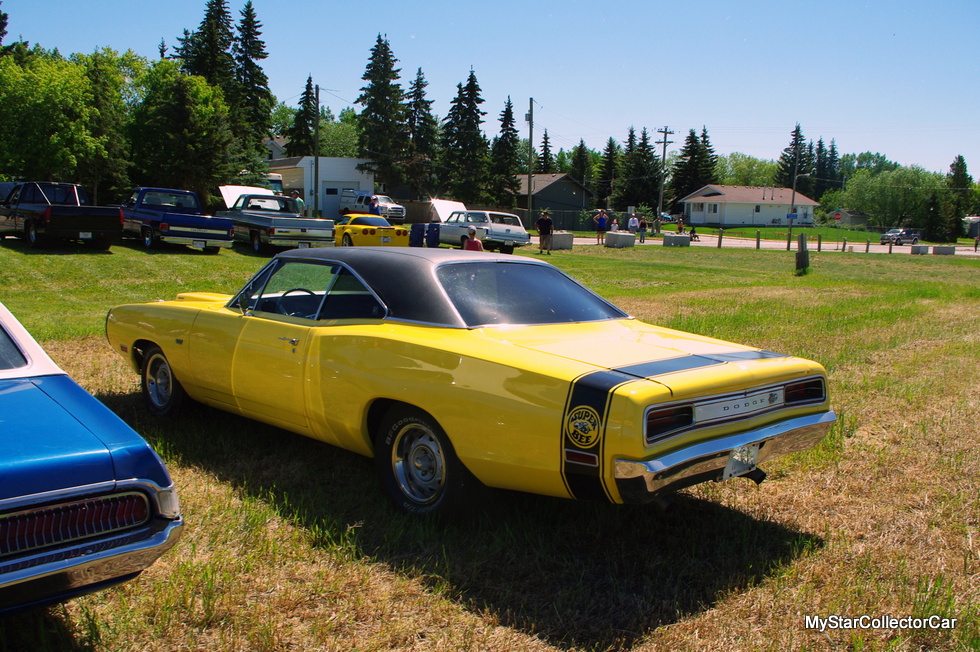 “If something happens these guys can fight it out”.