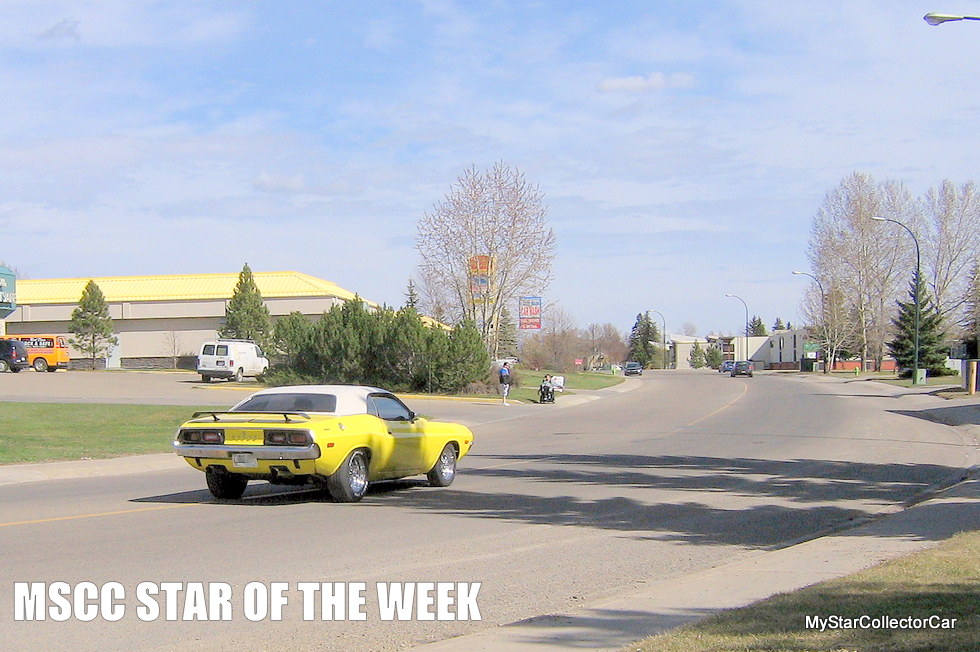 MSCC MAY 1 STAR OF THE WEEK: A SPRING DAY AND A YELLOW CHALLENGER—DOES IT GET ANY BETTER?

Spring is a season when a number of things happen.

‘Spring is a season when days get  longer and warmer, birds migrate north, trees and grass turn green, flowers pop up and best of all—every day brings a new batch of classic iron on the street.’

Sheer numbers dictate that you’re going to see some incredibly cool old cars and trucks in the spring.

Cool old cars like this MSCC Star of the Day yellow Challenger—does it get any better on a spring day? 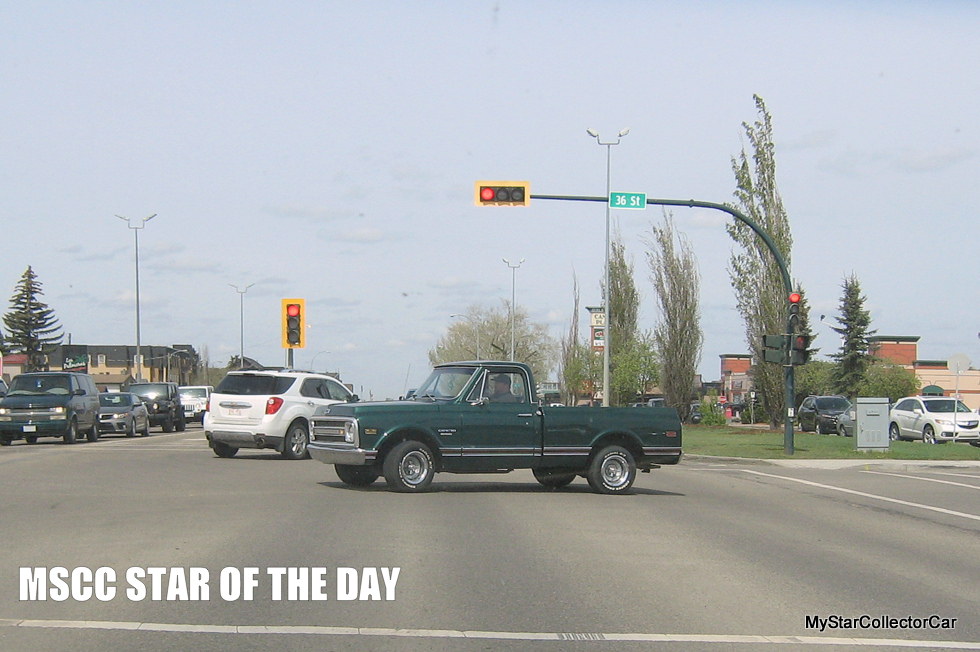 The years don’t change the basic equation about popularity whether it applies to high school cool or cool rides.

This MSCC Star of the Day ’69 Chevy short box is one of those old rides where you definitely win a popularity contest. 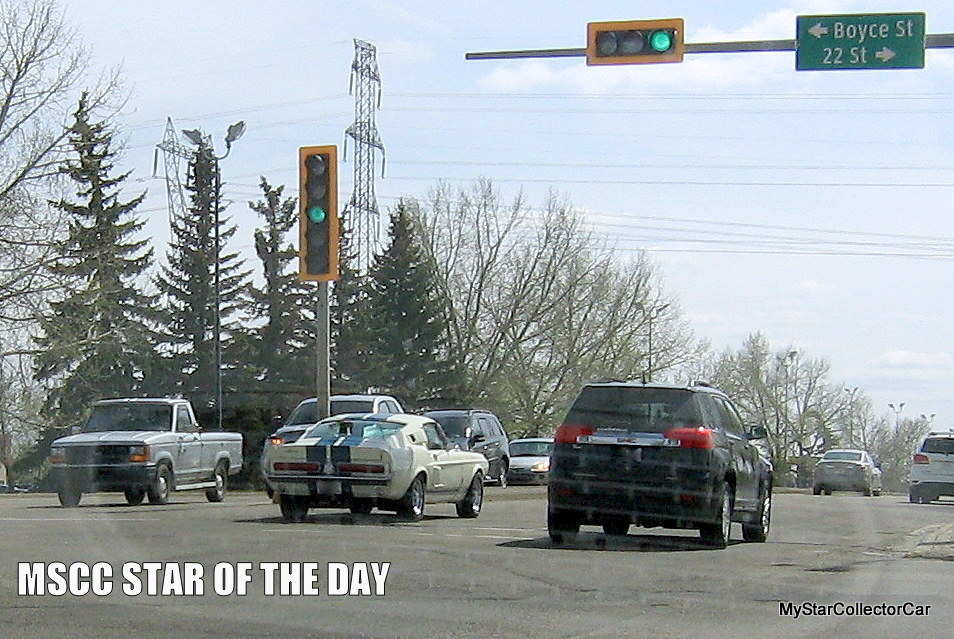 MSCC APRIL 29 STAR OF THE DAY: ’67 MUSTANG—THIS IS WHY THE 60S WERE UNMATCHED

The 1960s could easily be described as the most dynamic decades of the 20th century.

‘Guys landed on the moon, music went to another level, John Wayne was still a force in the movies, Clint Eastwood was an up and coming star, and you had TV shows that took chances— Bewitched, Gilligan’s Island, The Beverly Hillbillies, The Munsters  and F-Troop were top examples.’

The cars of the 1960s equaled the greatness of the decade.

This MSCC Star of the Day Shelby GT-500 tribute ’67 Mustang is a great example of why the 60s were unmatched. 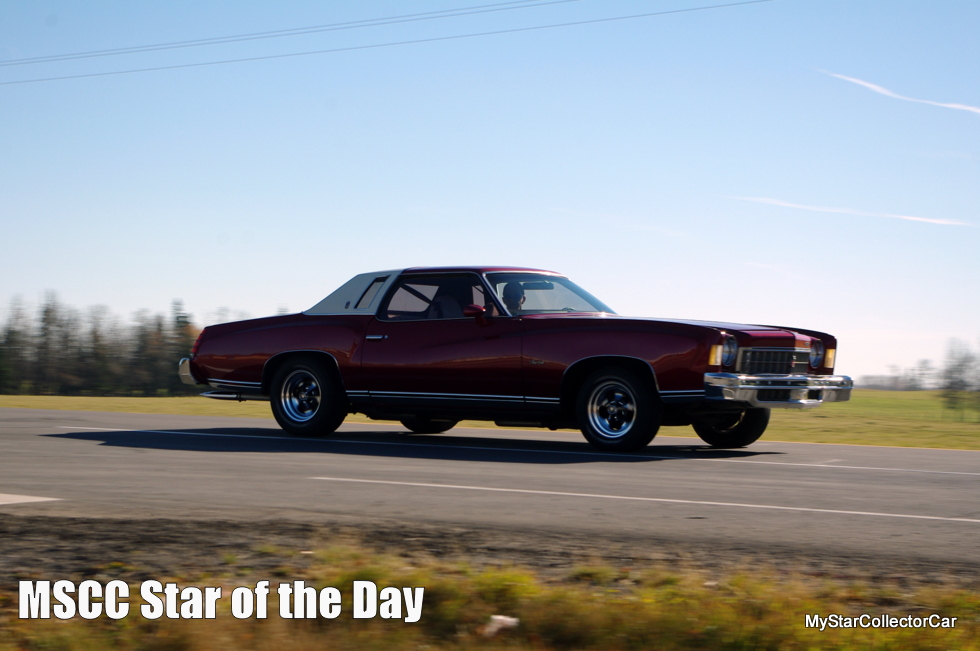 The 1970s are just starting to get some respect as an automotive decade.

‘The early 70s always got a hall pass from car guys thanks to monsters like the Buick GS, Cobra 428 Fords, SS 454 Chevelles and the elephant Mopars but the latter part of the 1970s didn’t get the same love.’

Now the 70s are finally moving away from unloved to cool and one of the hottest markets is the 70s personal luxury ride.

This MSCC Star of the Day is a Monte Carlo rolling in 70s style— Chevy’s  entry in the personal luxury market. 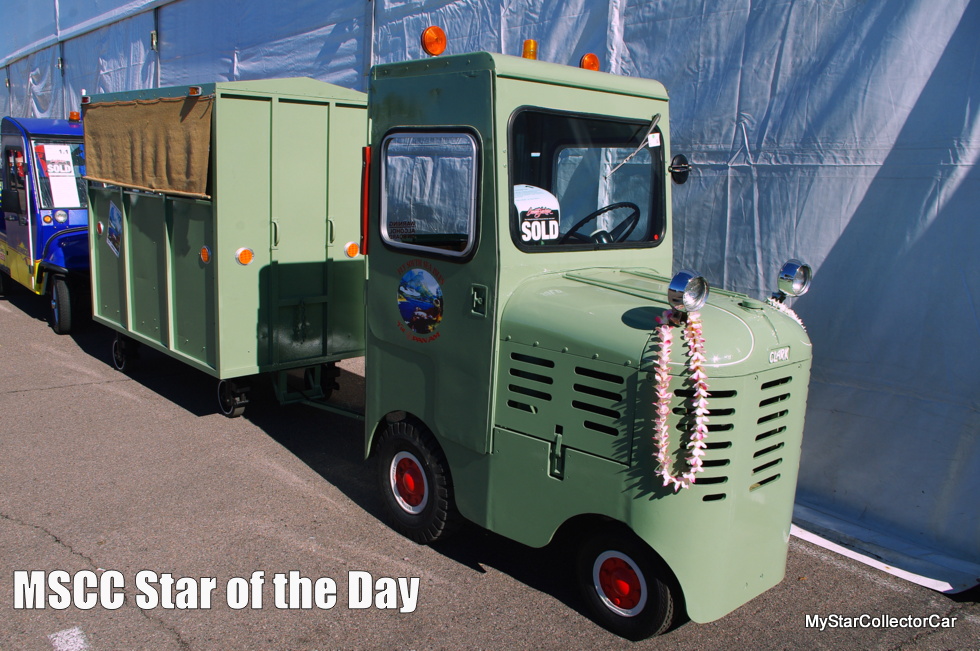 MSCC APRIL 27 STAR OF THE DAY: 1975 CLARKAT LUGGAGE TUG—THIS IS A GUARANTEED BEST OF CLASS TROPHY

The standard advice is always the same for the car hobby—buy a Vette or Mustang because they are so popular.

‘If you own a mega-popular car you are going to be competing against an exponentially higher number of  guys for a trophy at most car shows so in reality–is that ‘buy a Vette/Mustang’ really sound advice?’

If you really want to up your chances for some hardware at a car show then maybe you should think about a road less traveled in the car hobby.

This MSCC Star of the Day 1975 Clarkat Luggage Tug is a great example of a guaranteed best of class trophy winner. 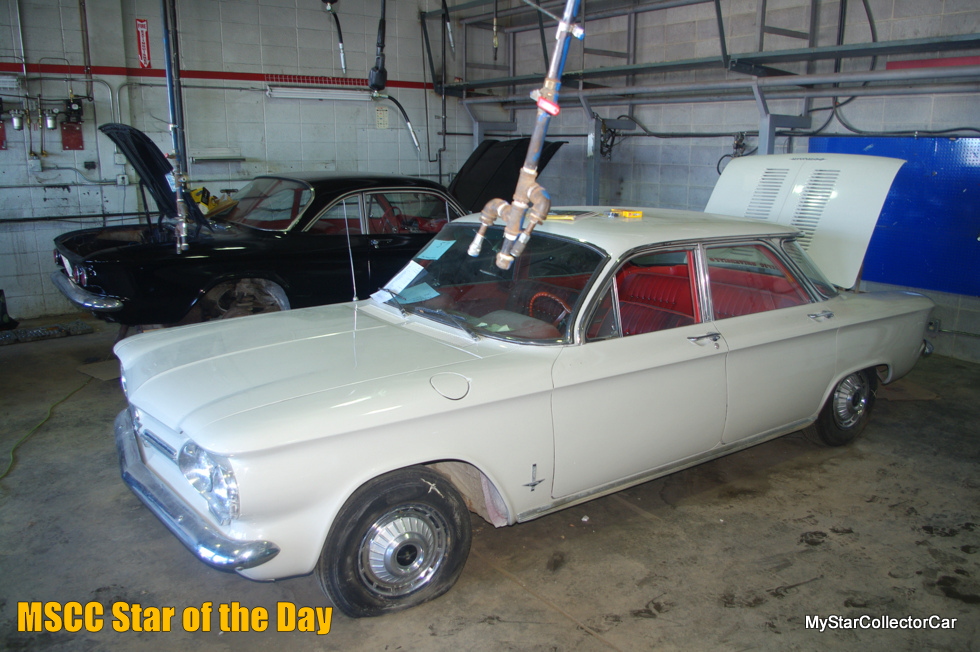 MSCC APRIL 26 STAR OF THE DAY: TWO CORVAIRS IN REHAB

The Corvair may have been the most unique car ever built by Chevrolet.

Chevy was consistent because nearly every car they had in the 50s and 60s made headlines.

‘They saw the need for a two-seater sports car in 1953 and the legendary Corvette was born; then in ’55 they met the public’s demand for a powerful small-block V-8, and in 1960 they built the air-cooled, rear-engine  Corvair.’

This MSCC Star of the Day is simple—it consists of two Corvairs in rehab. 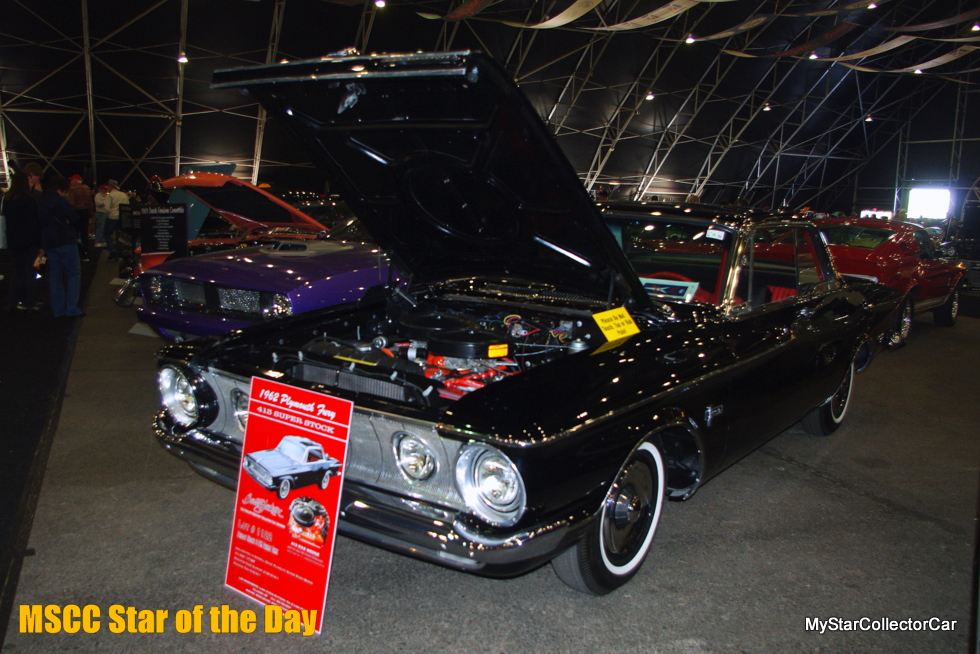 Casual observers of Mopar muscle history all come to the same inaccurate conclusion.

They believe the Mopar muscle era began around the same time as the ’68 Road Runner and ’68 Charger debuted and it peaked with the E-body Cudas and Challengers.

‘In fact, the Mopar muscle era began long before then and the real B-body muscle car history began in 1962 with the Max-Wedge Dodges and Plymouths.’

This MSCC Star of the Day ’62 Plymouth Fury 413 cubic inch Max Wedge is, in reality, the Road Runner and Charger’s older brother.