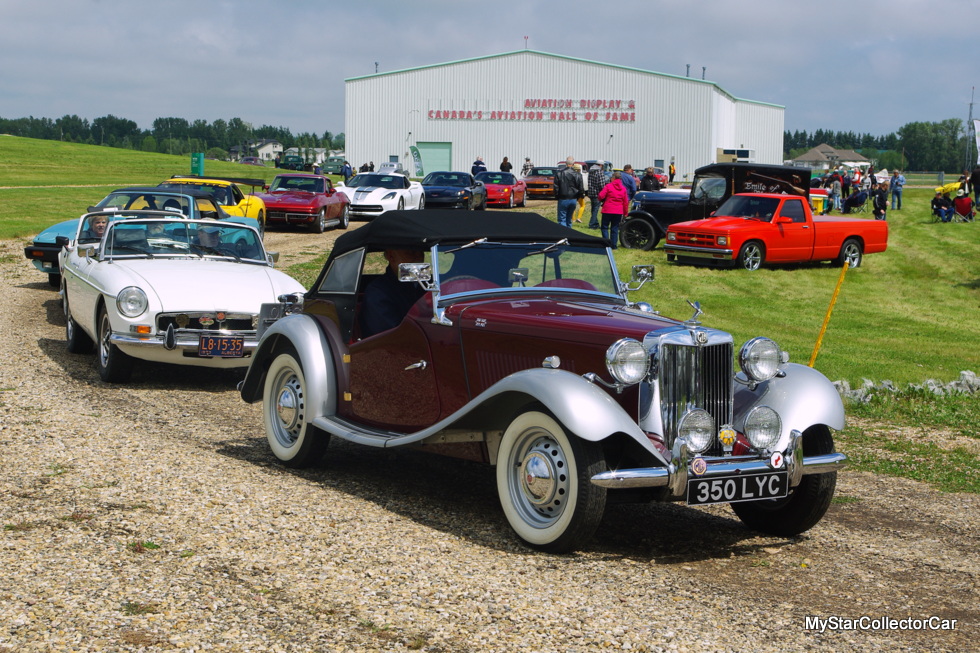 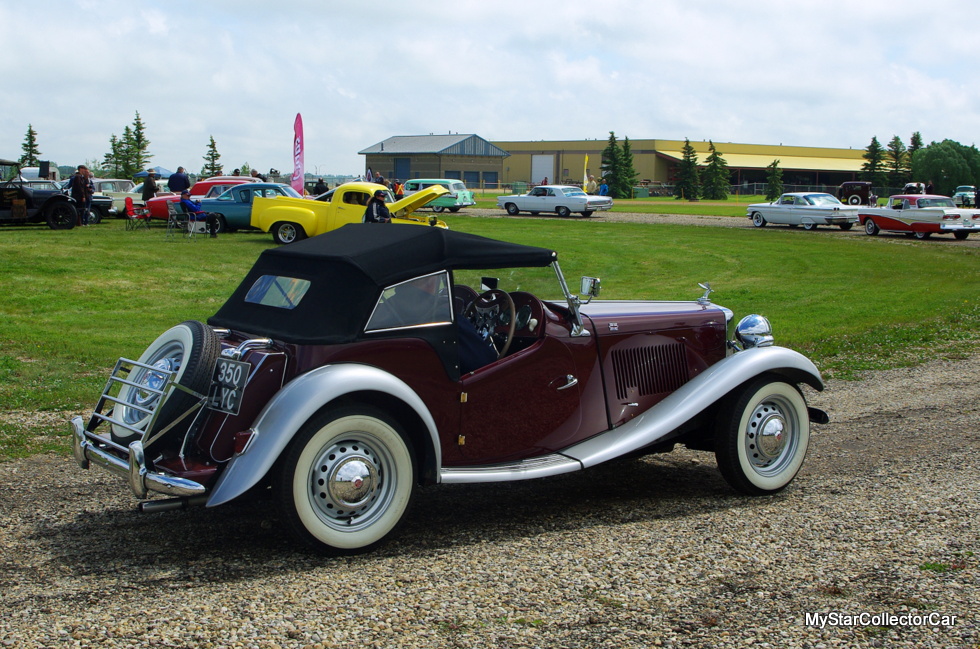 The MG TD is a classic British sports car.

It was built for the road and most owners used it for that purpose.

‘The exception would be a sports bar owner who chose to hang a 1951 MG TD like a giant ornament in his lounge.’

The car was imported from England and used as a prop in the bar for many years. The timeout from the open road was not kind to the MG because it was displayed in close proximity to the glass washer. 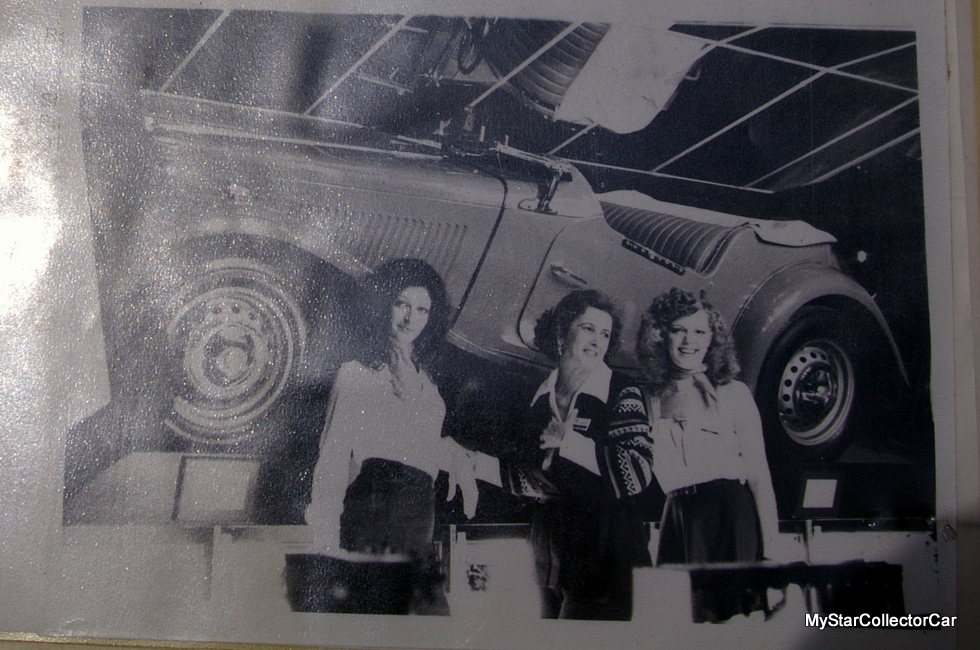 The steam from the glass washer wreaked havoc on the car and it required a major rebuild after it was rescued from its boozy prison. Jim Herbert became the MG’s owner in 1997 and began an extensive restoration on the car.

An MG TD has a hybrid infrastructure: metal and wood. Exposure to excessive moisture in the bar heavily damaged both components on the car. Jim mentioned the toughest part of the rebuild was the woodwork on his car. 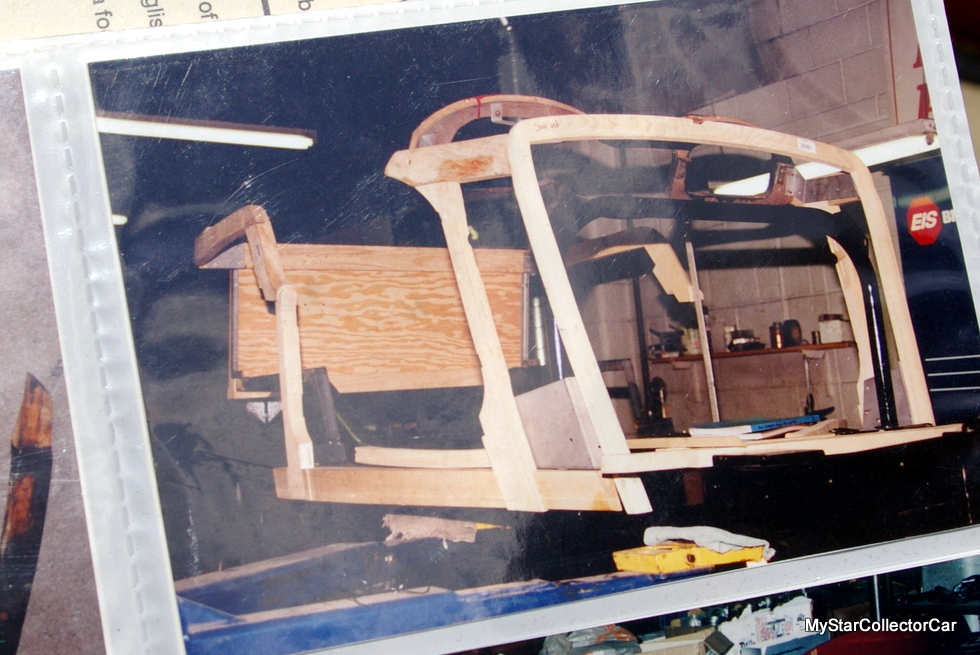 Jim believes the car was also damaged in England during a race because the MG had many competition components on it that indicated it was used for racing. The frame damage on the car was caused by a collision that occurred before it left England. 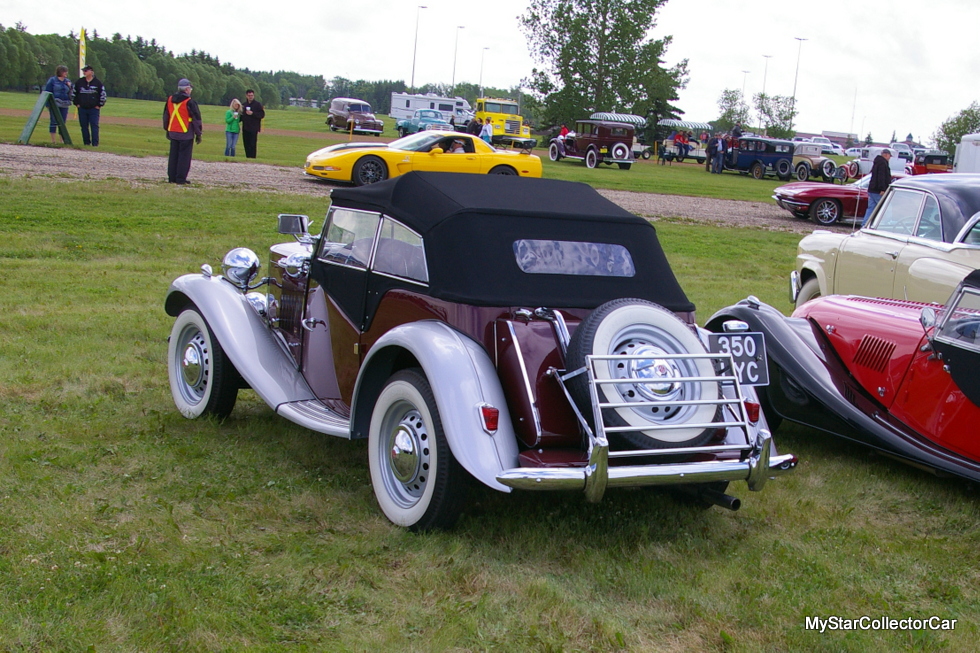 Jim is an engineer so he was able to use his skills for the rough work on the project. The fine tuning on the MG’s body work required an expert but Jim’s structural work on the car brought it back to its former glory. 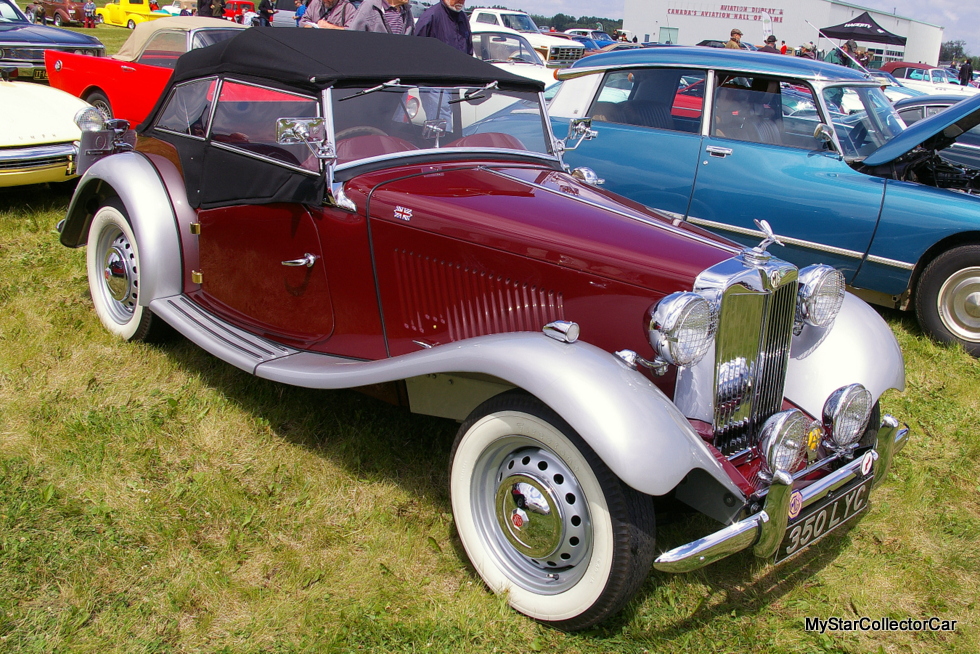 The MG TD had a factory supercharger to help boost its modest four-banger. It also had a factory tool box under the hood because it came from an era when cars were a little easier to fix without a computer degree. 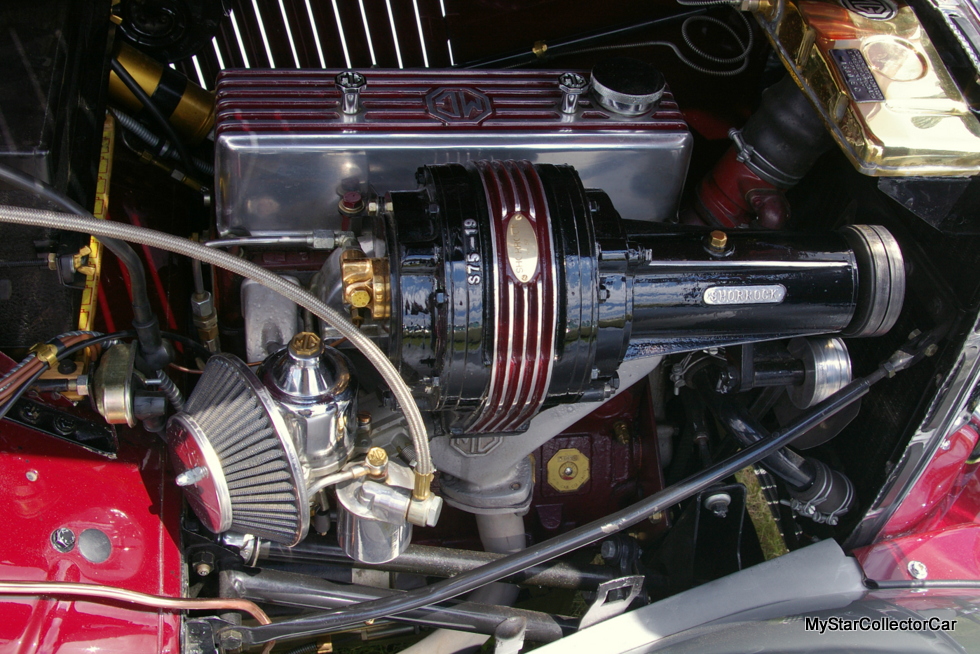 Jim left the British license plate on the front of his car. The 1956 plate on his MG TD was the last time the car was registered for the road until Jim plated it after the restoration. 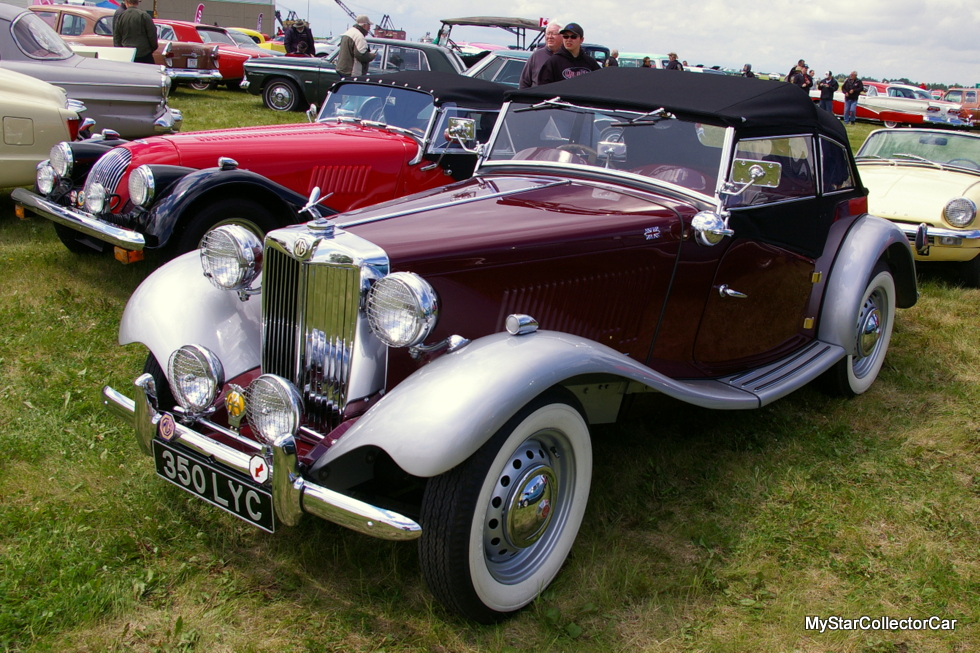 Jim discovered the red car was originally a burgundy color when he got deep into the restoration process and decided to incorporate the burgundy into a new two tone color scheme.

The MG now sports silver fenders with a burgundy body and the result is a classic British sports car with serious curb appeal.

The restoration process took three years and Jim had a brand new game plan for his MG: drive it. His car deserved some fresh air after all those years in a smoky bar and Jim has given his car plenty of fresh air. 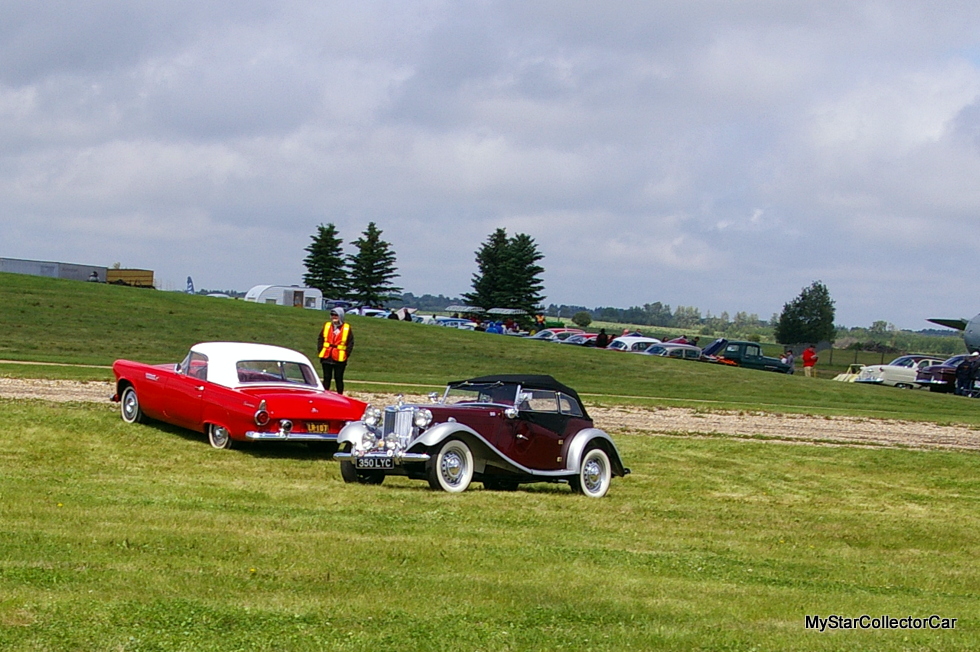 Jim took his car to Sonoma for an 1800 mile rally in 2014 and the MG performed very well in the competition.

He also drove the MG in a 1500-mile rally in Michigan where extreme heat forced him to run with the top up in the car. The race took place over 15 days and only 9 of the original 28 cars finished the race. 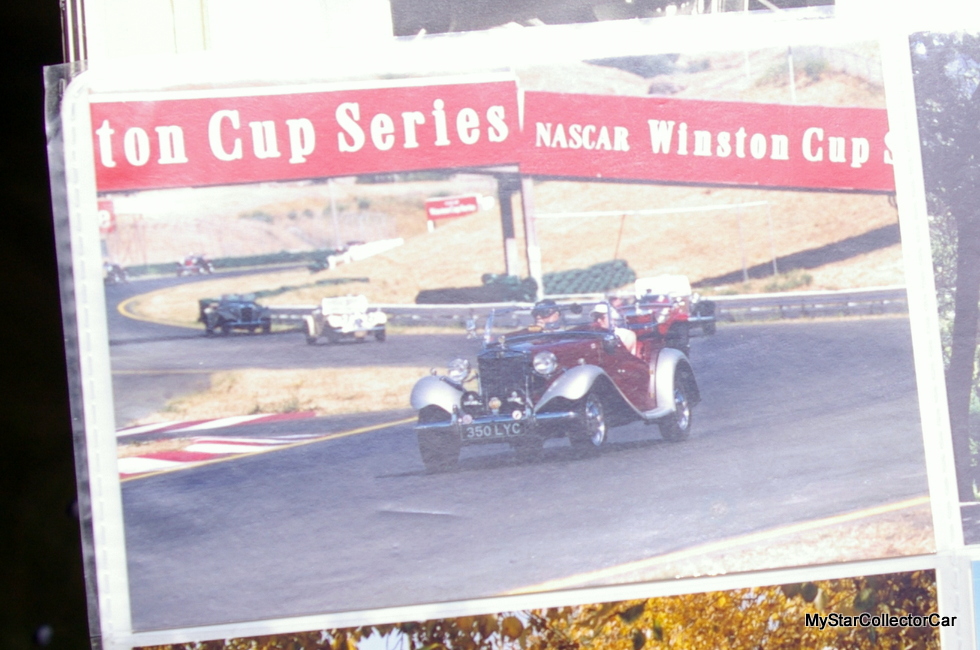 Jim said the drivers suffered more problems than the cars. Just for the record, he finished the race in his MG and placed second overall. 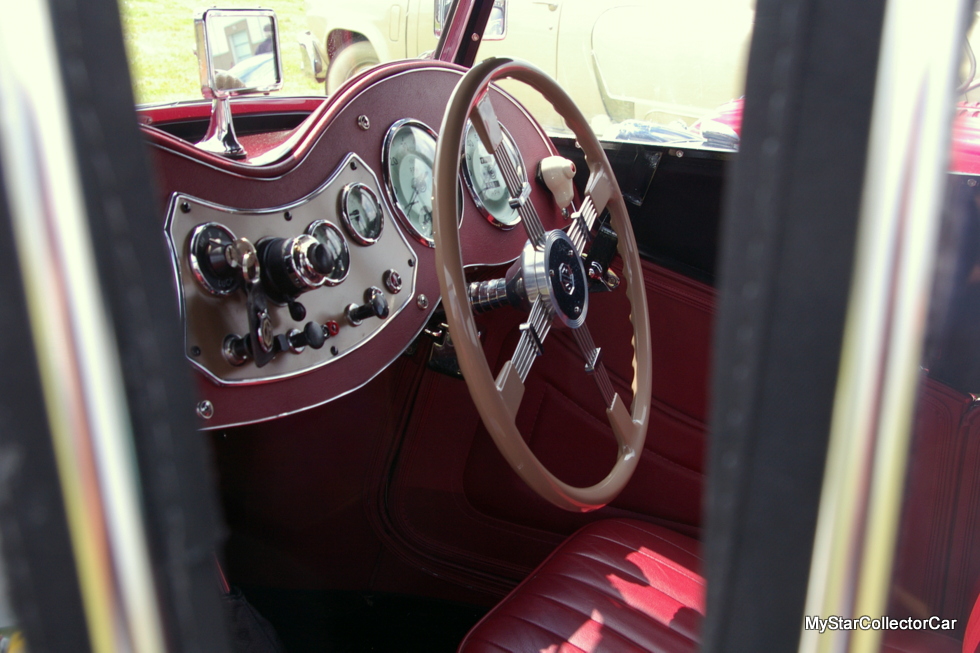 ‘We love a happy ending at MSCC and Jim’s story about his 1951 MG TD definitely fits the bill.’