Kelly Blair saw his 1st MG Midget in person when he was 10 years old. His sister’s boyfriend’s brother brought one out to the family farm.

That encounter marked Kelly for life and he had to own one.

‘Most guys would simply file that kind of memory about a coveted sports car under ‘N’ for nostalgia and return later in life-around the onset of a mid-life crisis.’

Not Kelly. He was determined to buy one as soon as he could swing it financially.The opportunity came 5 years later when he found a 1968 MG Midget for sale. 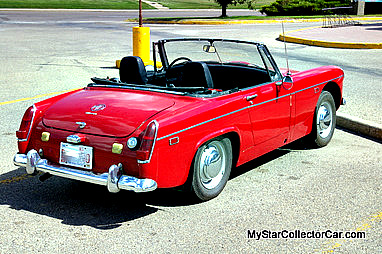 Kelly was in such a rush that he bought the car before he could legally drive but he still cut the deal. One of the thrills of buying your 1st car is the opportunity to proudly drive it home but Kelly had to get his big sister to drive his 4-wheeled dream home because of that license issue.

Even though it wasn’t the most spectacular beginning to the sports car-young guy relationship, Kelly knew that he had many years ahead of him driving this little babe magnet. And drive it he did for 10 straight years before it was retired from full time Kelly-hauling duty. 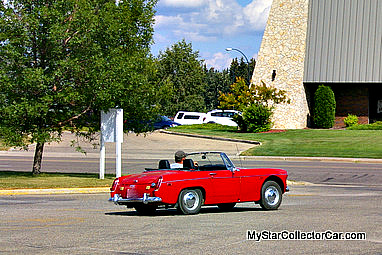 Kelly was a practical farm kid so he never subjected the low slung little sports car to any real winter weather. It was always put away just before the snow flew so Kelly added years to the British beach cruiser’s life.

Finally the day came when the little car went into extended hibernation.

That often happens when guys like Kelly get funneled into the mundane realities of life-like making a living in the real world. In fact Kelly actually thought about selling the MG during that long holiday but his family talked him out of that insane idea because this car represented two thirds of his life. 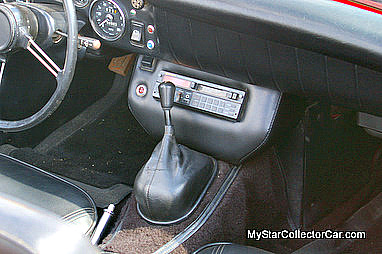 They knew instinctively that the 10 year old kid, their youngest brother, would have truly regretted selling his childhood dream.To this day Kelly is eternally grateful for that older sibling advice.

A few years ago Kelly started up the MG and suddenly the car, along with his fire for the little British icon was re-ignited. Kelly is 40 now and he knows that every day he can drive this 4-wheeled chunk of his youth from 30 years ago is a good one. 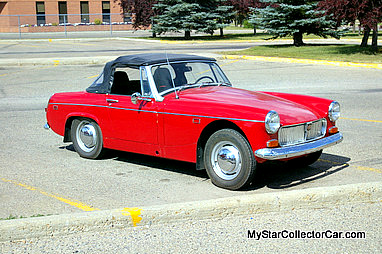 His family had it figured out-you don’t sell the dreams you have when you’re a kid. Real life already has a bad habit of doing that.

They knew that the car and the 10 year old younger brother had to stay together.

Adult Kelly just took up a little more room behind the steering wheel.