This story began in the Dirty Thirties when Stan Monro’s father left the dry southern Alberta, Canada area to work in the lumber camps of Northern Alberta,

“Money was to be made hacking railroad ties out of the large tamarack and pine trees.”

He worked hard  the entire winter of 1944 and in the spring he went to collect his pay from the contractor, only to be told there was no money.

His Dad said “what about that car?” and subsequently drove away with it.”

The car became a family car-without the creature comforts. Stan remembers winter trips riding in the rumble seat when he was young “ten years went by with many trips-winter trips with no heater!” 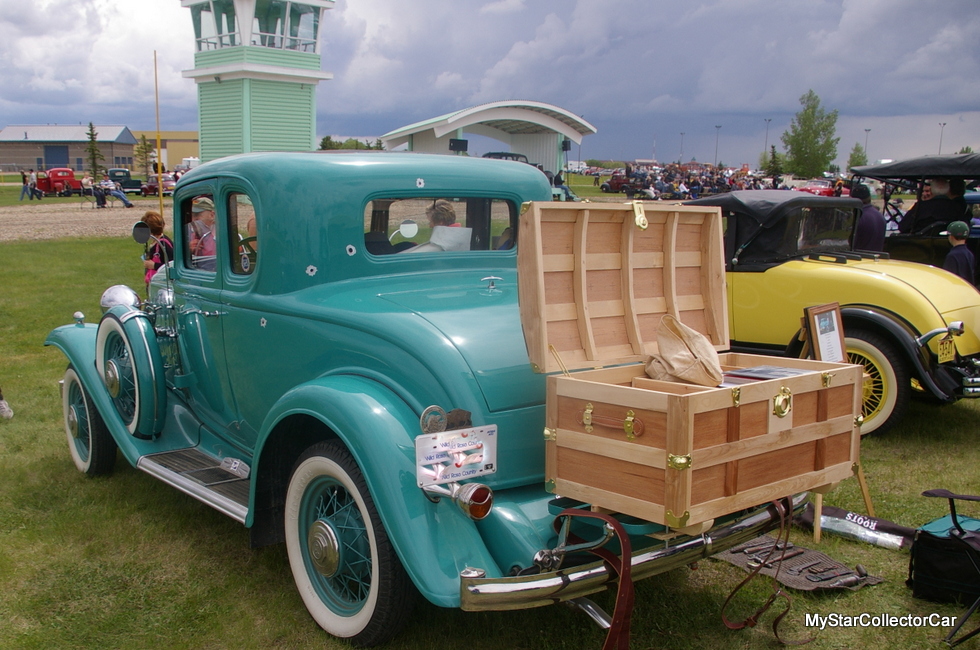 Clearly a bygone era because, in today’s world, a car without a video screen is considered child abuse.

The car took on another role in the family after Stan’s father rolled it on the way to an auction. He took the car apart but saved the engine for his brand new sawmill.

The pieces were stored in old apple boxes while Stan’s dad went back to another bush camp for the winter.

Then Stan took over “I was 15 years old at the time” (1954) so he reassembled the car while his dad was away-“When my dad come home I was driving it all over the country: to the store for my mom; down to the creek to go fishing; and over to the neighbors homes where I collected other young teenagers to go joyriding on bush trails. So my father gave the car to me and I even drove it to school”.

Life moved on for Stan and in 1962 he was farming and at the head of a new family, so the car was put out to pasture “…the old Buick was stored in a shed at the back. Sadly neglected, the old car sat while the shed gradually rotted around it as forty years passed’.

Stan left the car in storage until he’d finished his first responsibility–raising a family. Things finally evolved in Stan’s life to the point where he could dust off his first car and bring it back to life “ In the early nineties with my family grown, I began seeking out parts and pieces, dreaming of the day when I could drive it again”.

It was a huge job as Stan found out, “I pulled off the old rotted boards and started to take it down to the last nut and bolt. I then began rebuilding it from the bottom up!”.Stan found out that his skills as a mechanic were incredibly useful but there are other talents required on a car from this era “ the woodwork was a real challenge, since I am a mechanic, I had to learn some new skills. My biggest mistake was not getting good woodworking tools to start with…”.

Stan was totally hands-on throughout the project and he relied heavily on his mechanical, machining and newly acquired woodworking skills to finish the car. He wanted to keep it original, so he tracked down the proper paint and had his mother come up with a swatch of original seat material. It was a tremendous amount of work and he worked through health issues, but Stan really didn’t mind-his past was coming back to life.

Stan persevered on the project and ten years later he was driving the car on a regular basis. He also went to a Flint, Michigan National Buick 100th Anniversary meet in 2003 where he really would like to have had his car “how I wished I could have taken mine since only 59 were ever made and I believe mine is the only one left”. 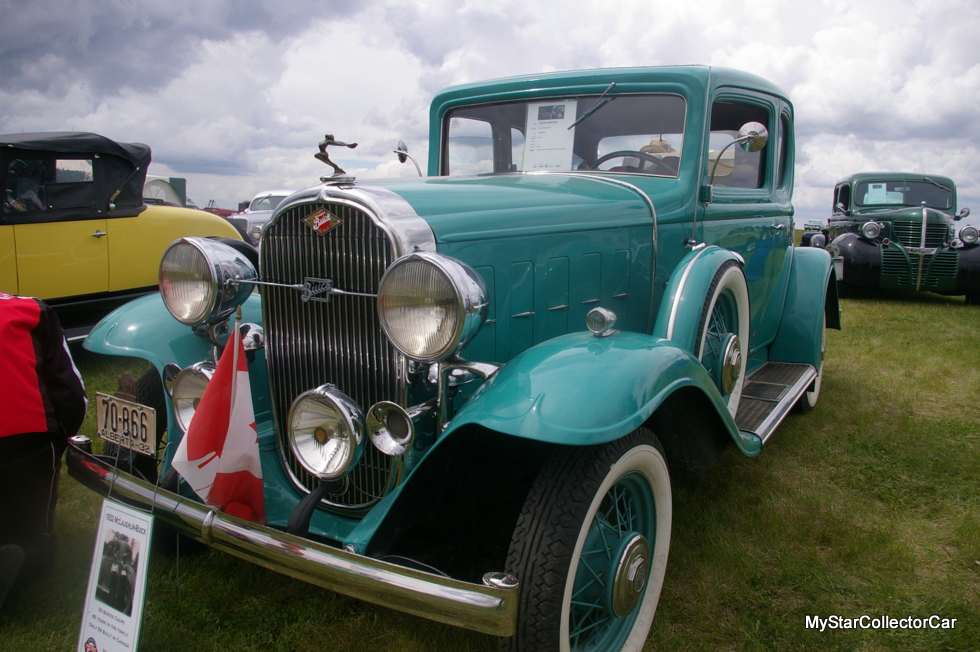 Stan takes the old classic out almost every nice day– “my wife and I use the car quite a lot, it’s so much to go to the neighbors for coffee or go to town for mail”. Most summer Thursday nights are spent at the local A&W drop in show and Stan is heavily involved in the charity side of the hobby “we even participate in the Santa run with local car buffs for toys for needy kids”.

Stan isn’t grabbing his high school buddies these days to tear up local roads in the McLaughlin like he did in the 50s but he’s having the time of his life in his golden years in the same car.

Not many of us can say that.