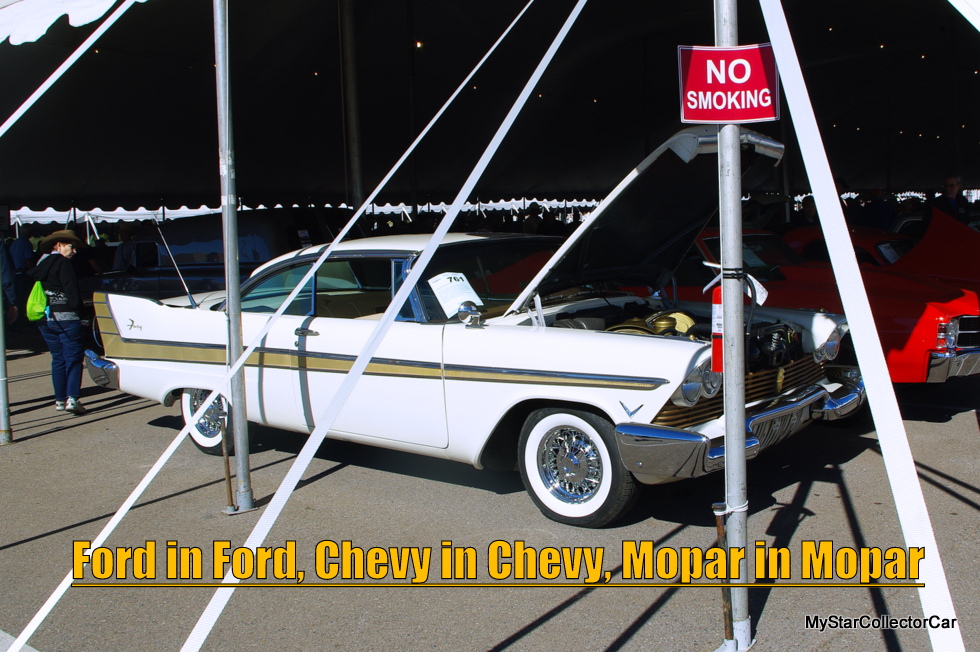 Recently there was a car guy who got to walk a mile in General Custer’s shoes when he went on a Buy/Sell website for late 50s Mopars and admitted he transplanted a Chevy 350 into his ’57 Plymouth.

‘The car set off a firestorm of protest from most of the posters, but he did have a little support-again not unlike Custer.’

The 350 Chevy engine is the most popular choice for swaps by a big margin. 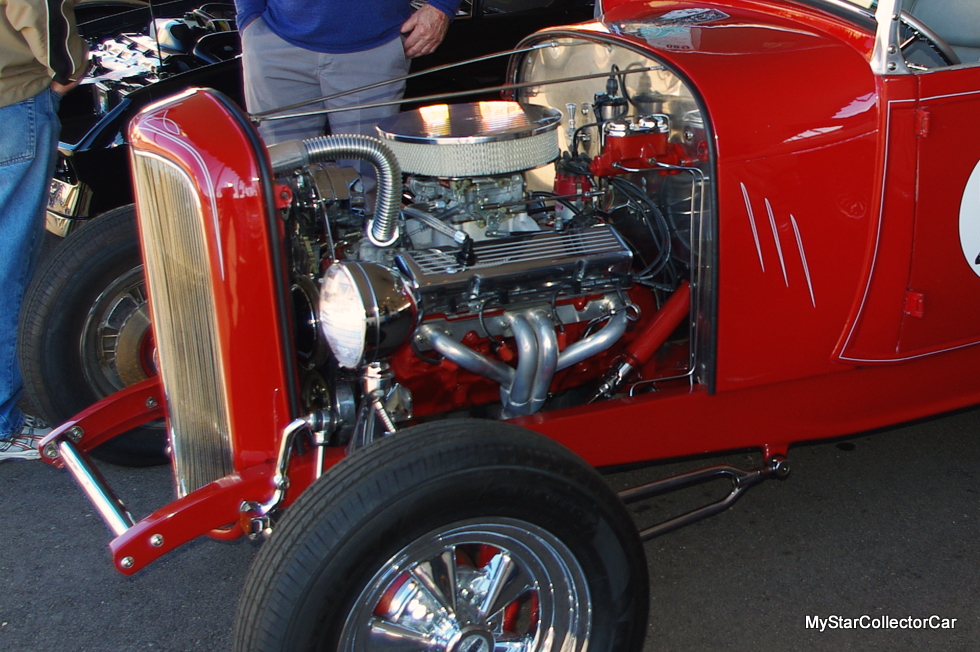 The famous Chevy small block is readily available in aftermarket crate form at a good price so they are the default choice for many car guys.

But is the 350 the right choice when it comes to other manufacturers’ cars? The answer is an enthusiastic Yes for GM fans, but the idea is like a Hatfield marrying a McCoy for the Ford boys. The reaction of the Mopar boys about a Chevy engine in a Plymouth fin car suggests they are also not in love with the idea. 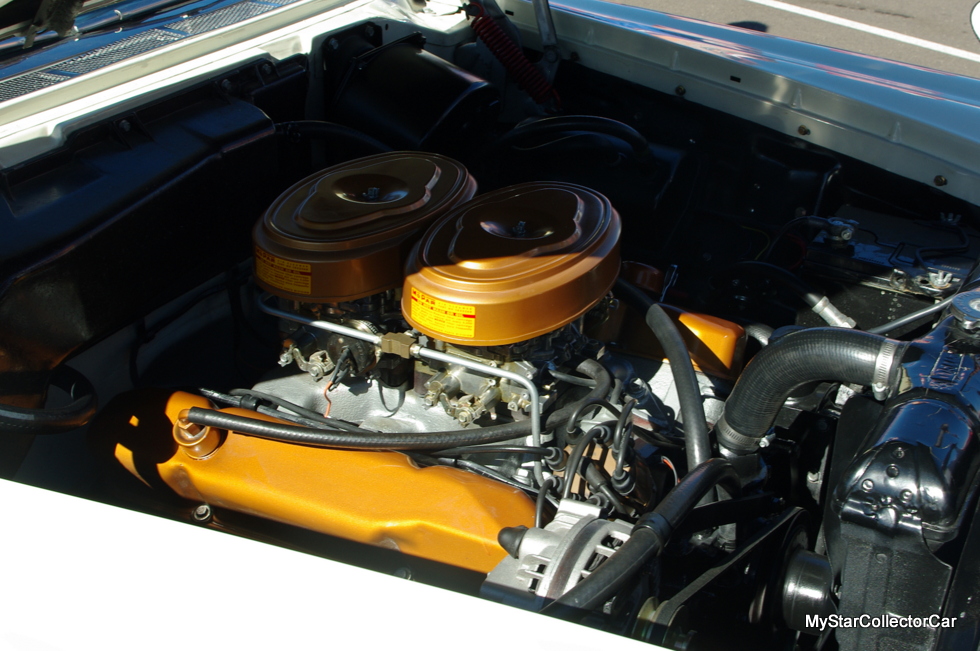 The average car guy is typically a frugal individual who carries the same traditions as early hot-rodders where builds were done on a cost-effective budget. The early hot-rodders were young guys without much money, so they built cars with a keen understanding of available parts from their local wreckers. 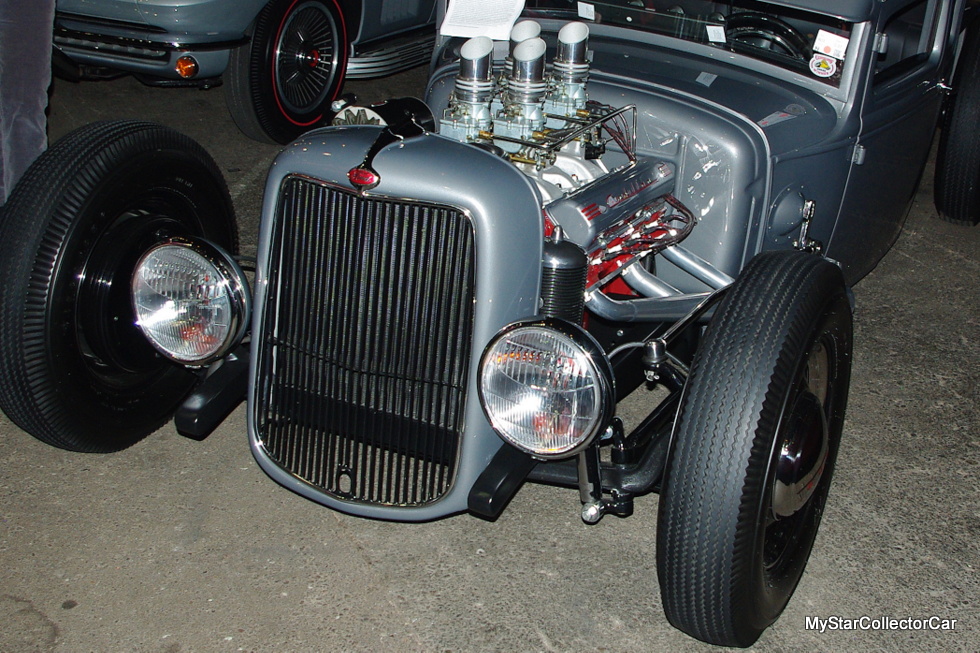 The aftermarket parts options evolved from the need for parts into a huge world of speed equipment and engine choices that knocked the price down as the competition for car guy dollars grew larger in the hobby. The 350 Chevy engine became the base platform for serious upgrades in the performance department over the years because the engine’s high production numbers drove down the price and simplicity of installation in resto mods.

The idea of a Ford engine in a vintage Ford or a Mopar engine in a vintage Mopar can be a little more complicated process because the aftermarket leans toward a Chevy conversion when it comes to the installation process. The popularity of the 350 engine is the reason for the aftermarket philosophy, but many car guys also use the famous Ford Mustang II steering components because of their function and popularity  in the hobby. 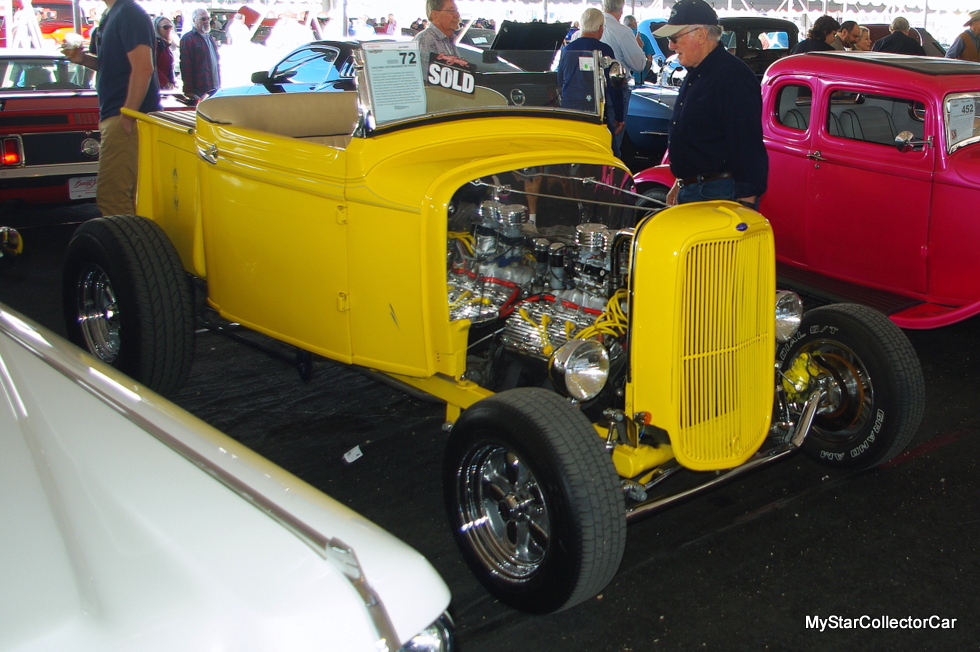 However, the firestorm of protest never subsided for hardcore fans of the other manufacturers and they still view the Chevy engine as an unholy addition to a Ford or Mopar product. The other two manufacturers also offer crate engines for their customers so their argument is simple: use our engines and you will still have a Ford or Chrysler product. Put a Chevy engine in one of our non-Chevy cars and you now have a Chevy. 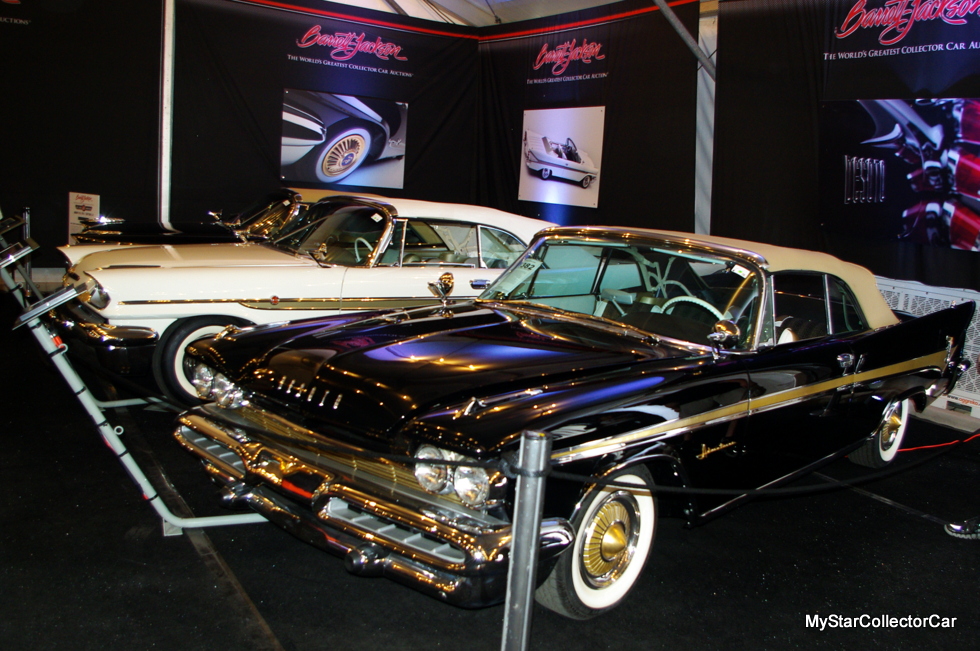 Another reason for engine segregation is the market. The Ford guy who installs a Ford engine in his Ford and the Chrysler guy who puts a Mopar engine in his Mopar will both see a significant increase in the value of their rides under typical conditions. 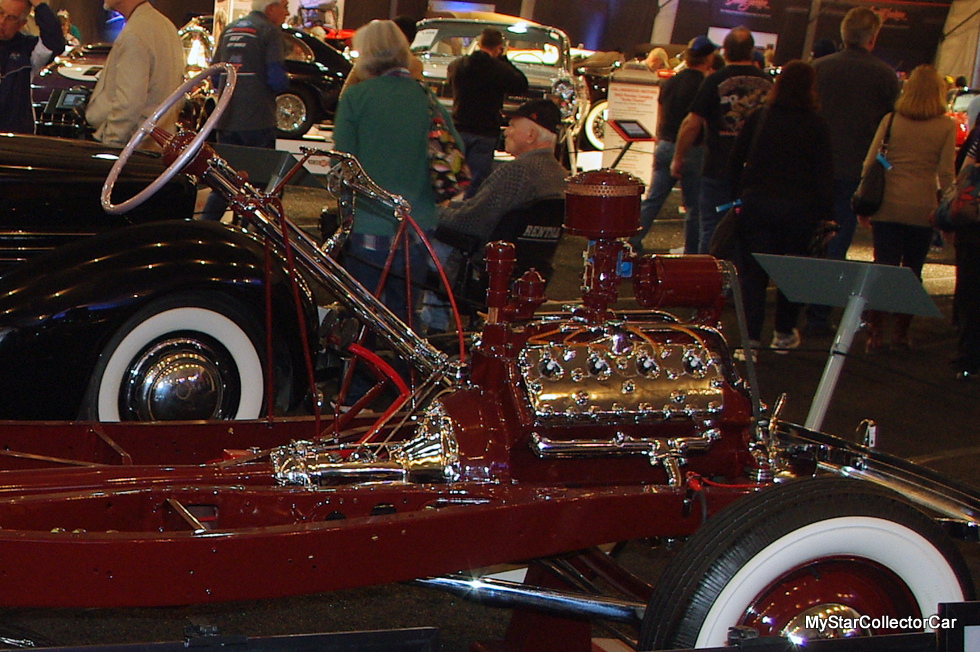 The selling point is their engine choice because a substantial number of car guys view them as true to their school when they use an engine from the company that originally built their vehicles. Even their accountants will be onside when they see the hike in value of their rides-just because they stayed within the car’s family when they put a family engine under the hood. 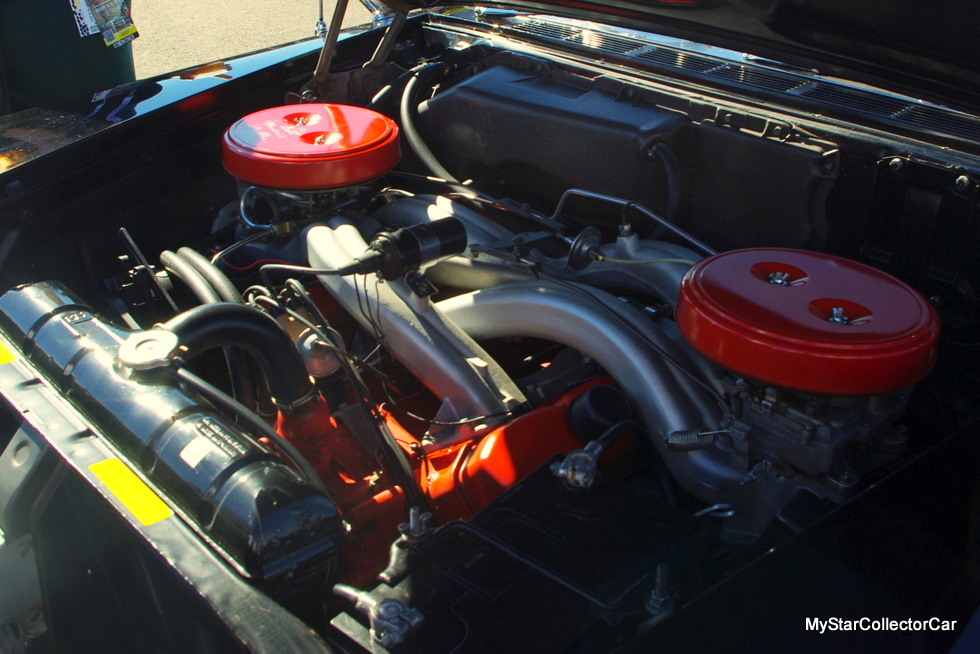 The argument for and against another car company’s engine under the hood will continue to rage as long as there is a car hobby.