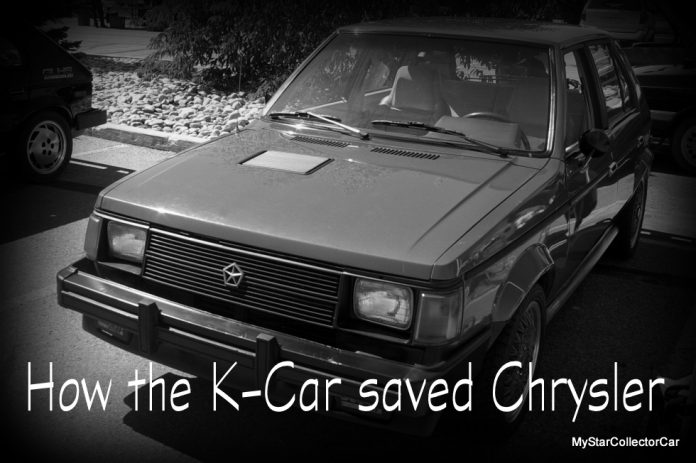 The legacy of Chrysler was sealed by its history of cool 50s finned wonders and brute force Hemi performance from its 60s and early 70s monster machines.

The race side of the equation became the stuff of legends when King Richard Petty ruled the NASCAR land and won over a huge fan base in his electric blue Hemi-powered race machines.

The game changed dramatically for Chrysler during the 1970s when they encountered stormy waters in a new world of formerly powerful engines that suddenly became 98-lb weaklings because of heavy-handed legislation that strangled the life out of Detroit’s muscle cars.

The result was a no-win situation where a stroke of the law-maker’s pen de-stroked the V-8 engine in a big way during the 1970s version of “Save the Planet”. The post-1973 domestic V-8 became sad versions of the former engines-even though most of them shared the same displacement numbers with the earlier V-8s.

The added burden of catalytic convertors and complicated lean burn systems took their toll on the Mopars and the company started to fall on hard times by the end of the decade.  The tail end of the 1970s was a grim era for Chrysler because it was no longer a major player in NASCAR and Richard Petty won the 1979 Daytona 500 in an Oldsmobile.

Chrysler introduced the Plymouth Horizon and Dodge Omni as 1978 models because the Mopar people wanted to produce a small compact that offered good mileage from their 4-cylinder engines coupled to a new front wheel drive system.

Chrysler’s big cars were still equipped with old school rear wheel drive and gelded V-8 choices but they were unable to deliver what buyers really wanted: great fuel mileage. The Arab oil embargo was a game-changer for North Americans because fuel shortages and a giant price increase at the pumps pushed the V-8 engine over the cliff for many consumers.

The immediate reaction was the death of the muscle cars because the old school factory hot rods were too expensive to run as a daily driver after the gas price increases during the 1970s. This sorry era is littered with stories about bargain basement prices for highly unwanted Hemi Mopars; along with a host of other tire-melting Chrysler performance products from that golden era of unfettered pre-1973 horsepower potential.

Chrysler was always the smallest of the Big Three and had smaller margins of error when it came to automotive decisions. The company clung tenaciously to the notion that North American car buyers still wanted a big car-until the introduction of the Horizon and Omni models. Oddly enough, the big cars had a banner sales year in 1978 and defied the trend toward smaller cars, but the future for Chrysler was still built around small cars.

Nevertheless, the impact of the smaller and efficient import cars in the North American market was a big factor in Chrysler’s slide during the late 1970s because the little foreign cars offered solid performance and great MPG numbers.

Chrysler was on the ropes by the end of the 1970s until Lee Iacocca steered the company toward the K-car platform. The K cars were larger than Omnis/Horizons and designed to share their engineering with other Mopar models. Iacocca saved Chrysler with his decision to build a fuel-efficient car that could hold passengers in relative comfort by comparison to the smaller Horizons/Omnis.

The crowning glory for Iacocca (the man behind the Mustang at Ford) was his creation of the minivan segment; another clever K-platform relative that also put Mopar back in black on the bottom line.

Chrysler’s K-vehicles saved the car company from a permanent timeout in the dustbins of automotive history and eventually allowed the Mopar people enough financial breathing room to jump back into the performance game with a new 21st century Hemi that will pass everything including the gas pumps.

The humble K-car may be one of the most unlikely heroes in Chrysler’s long history because it saved the company from financial annihilation during the early 1980s.

Even an Elephant Hemi could not pull off that feat.