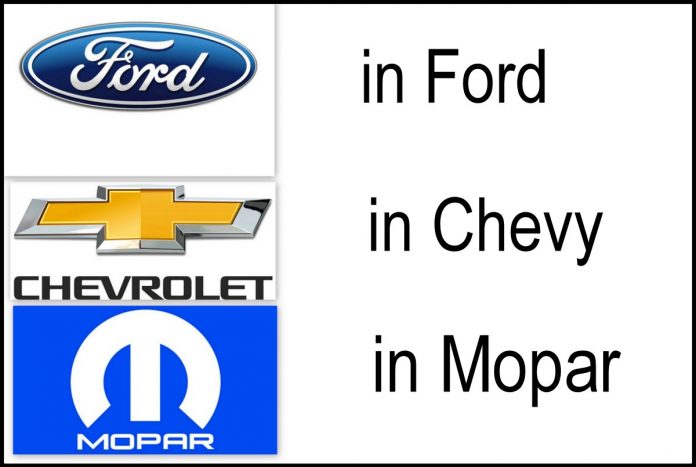 The answer to the title’s resto mod question used to be a no-brainer because the answer was a small block Chevy engine, beginning with the 283 and ending with the 383, essentially a 350 that had a stroke.

As a result, it became quite common to see a 350 small block Chevy wedged into a variety of vintage vehicles, including many that were built by a rival domestic car company. Chevy guys called it karma and Ford boys called it an abomination, but the small block Chevy engine iterations were runaway choices in the car hobby for many generations.

That trend still exists, but the past few years have changed the game in a big way in the resto mod world because the biggest bucks are now thrown at vintage rides with a modern engine built by the same manufacturer. There are many other mechanical modifications that must also be added to a vintage ride if its owner chooses to put a modern engine into the resto mod game plan, but MyStarCollectorCar will stick to the engine angle in this article.

Traditionally, the default choice of a small block Chevy engine in a resto mod build has been a little easier because there are plenty of aftermarket adaptor gizmos, along with some of the basic design features of the SBCs that make them more compatible with other company’s retro rides.

However, the rise in popularity of Fords with Ford engines and Chrysler products with Mopar engines has also made the extra investment a worthwhile decision by loyal fans of these other car makers, particularly if one factors in the substantial price increase of the brand-loyal resto mod.

The most popular resto choice in the Ford car guy community is the Coyote engine (and its close relatives such as the Boss and Voodoo versions) in the Blue Oval performance department. The Coyote engine debuted in 2011 and never looked back-except when the owner checked the rear-view mirror to see what was behind their Fords.

Throw any version of a Coyote engine into a vintage Ford and it will be fast–very fast. The only thing faster than a Coyote-equipped retro ride will be its rise in value, a fact not lost on car guys when they throw the modified vehicle’s increased value into a solid case for a resto mod investment sell job for their brides.

The return of the Chrysler Hemi engine in 2003 set off a new era of horsepower fury with Mopar. The hemispherical design ensured maximum performance during the explosion phase of the internal combustion engine, and nobody understood the concept better than Mother Mopar.

The modern Hemi has evolved into a raging beast with insane horsepower and incredible gas economy, so it is no surprise that Mopar fans have taken notice of the legendary engine. The modern Hemi is readily available (especially compared to the vintage Hemis) and can be found under the hoods of both trucks and cars built by Chrysler in the 21st century.

Consequently, the modern Hemi has become a solid resto mod choice for Mopar car guys over the past few years because brute force Chrysler power with incredible economy and a big ROI are critical factors in their new engine decisions.

The decision to keep a company engine under a resto mod’s hood was always a no-brainer for GM car guys, a point that was outlined earlier in this article. Nevertheless, the performance game was not lost on the General, so they upped their game in a big way over the past several years.

General Motors crate engines have been around for quite a while, but the company’s modern crate engines are beasts caged in a wooden jail that are eager to find a new home under the hood of a classic GM vehicle.

The more-power chapter of the GM fan club will be first in line for the General’s new age performance choices for the resto mod projects. The happy ending?