I realize your moral compass has been broken beyond repair and I am pretty much just barking at the moon here, but you need to know why we despise you thieving b***rds so much.

Another car guy has lost his ’34 Ford hot rod to one of you bottom-feeders and you need to know how much you have wrecked this guy’s life.

My best guess is your last molecule of guilt about property theft probably evaporated about 3 seconds after you became addicted to the wide variety of street drugs currently coursing through the few healthy veins left on your worthless skin, but I will still send this message to you anyway.

Please pass it to the nearest crack-head who can read if you never learned basic reading skills, along with just about any other facet of civilization. 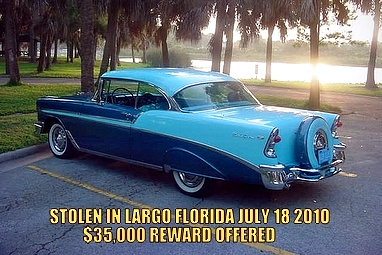 I know you don’t give a rat’s a** about the car hobby or old cars. To you, they are simply four-wheeled I-pads or phones with steering wheels and enough of a return to probably deliver a couple weeks worth of baking soda and your favorite blend of street level crap into your blood system.

The closest you probably got to the car hobby was sniffing model car glue when you were about 14 and still the biggest kid in Grade 5 for the third straight year. However there were ambitious kids with big dreams around you who were young car guys and they actually built car models with the glue.

Unlike you because you were a guy playing with half a deck even before you decided to wipe out the rest of the lonely brain cells rattling around in that big empty skull of yours.

The young car guys eventually became older car guys and, when time and money were finally on their side, they built the real thing in their garages. They burnt the midnight hour and fought the good fight to build their dream car.

A car project is never easy for these guys because it will cost more and take longer than any car guy ever thought possible when they began the journey. They will face frustration, setbacks and massive financial barriers that will have them seriously consider giving up many, many times. The truth is many will give up because the process is that tough on these guys.

The real reward is the finish line.

This is the golden time when these guys can look at a long and painful process through the rear view mirror of their completed project vehicle. They have paid the price and now is their time to reap the reward of their hard work.

Unfortunately this is the point where scumbags like you enter the picture and steal a big chunk of their lives. The cars mean zero to you-other than their minimal street value when you sell them to another lowlife with a chop shop or out-of-country stolen vehicle business.

There will not even be an ounce of compassion from any of you bottom-feeders involved in the destruction of the car guy’s life when you steal his pride and joy.

We all get that concept but I still felt it had to be said, regardless of conscience-free b***rds who steal property for a living.

You are thieves and lowlifes.

If we are really lucky, a drug overdose death from the concoctions produced by your friendly neighborhood backyard chemists will take you out of the property theft game once and for all. 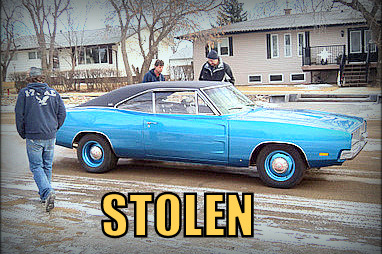 That warm and fuzzy thought is what keeps car guys’ motors running when you steal their hot rods.