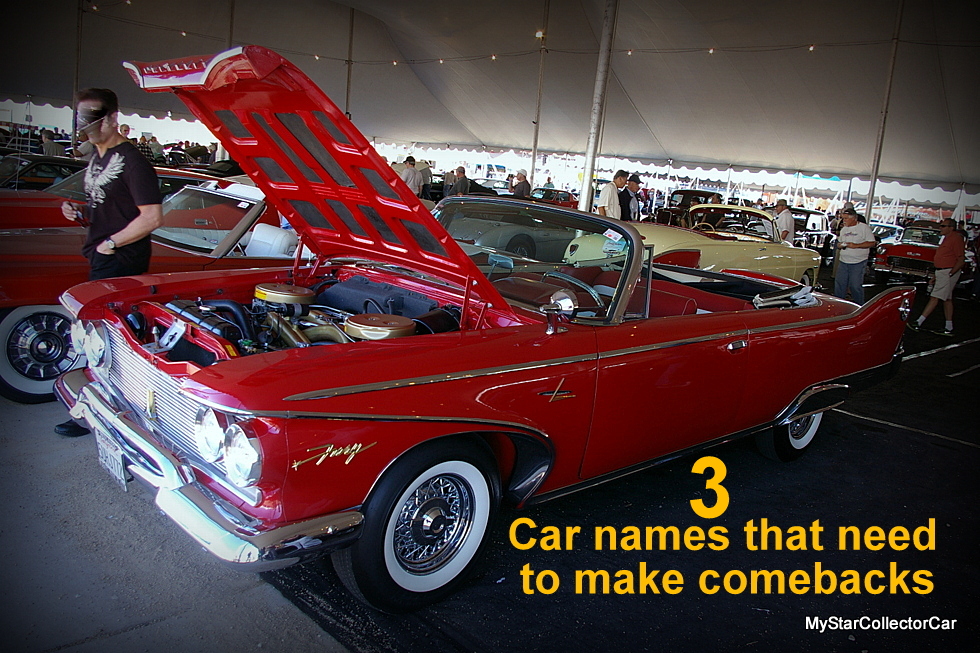 The automotive world is littered with the metal carcasses of dead brands and models.

The car market eats its own if necessary and the automotive shark tank that is Detroit is a merciless, unforgiving world.

‘Small prey like Studebaker and Rambler were annihilated by bigger predators long ago, while the Big Three have sacrificed plenty of their own brands to survive the arrival of international carnivores who are much bigger and meaner than any previous automotive enemies.’

The Motor City casualties include legendary names like Pontiac, Oldsmobile, Mercury, Plymouth, DeSoto, while models like Barracuda, GTO, 442 and Cougar have also gone to the great scrap heap in the sky.
MyStarCollectorCar decided to plead a case for the resurrection of a few extinct names from Detroit’s past that would be solid additions to the 21st century automotive brands for the boys from Detroit . 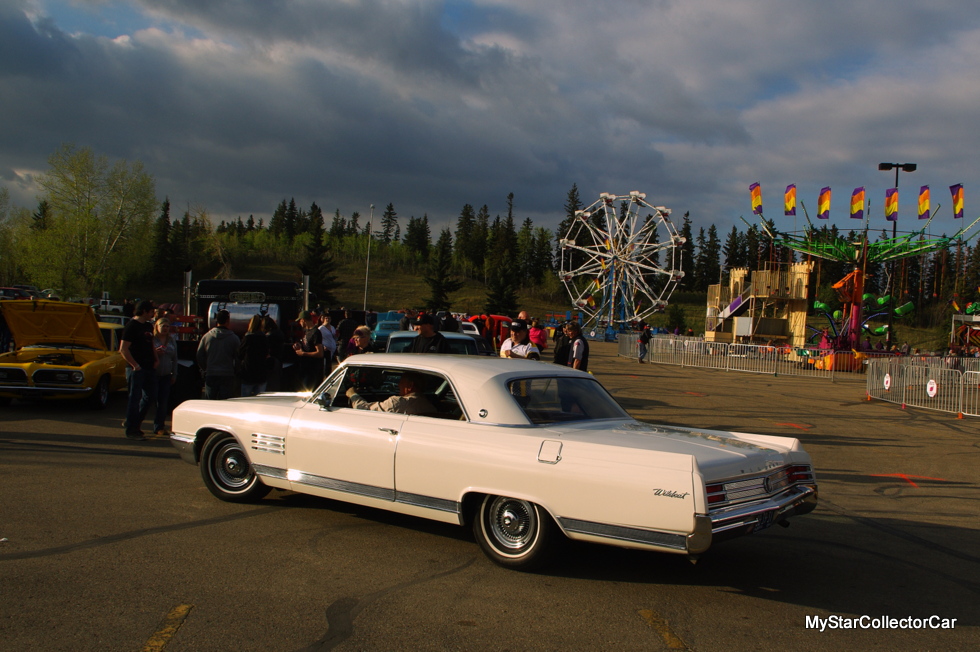 The first one is a model from a GM name that has survived the car wars, even in the new age global automotive battlefield: Buick and its famous departed Wildcat. The Wildcat was produced for only 9 years from 1962 to 1970 and it blazed its own trail during that short model run. 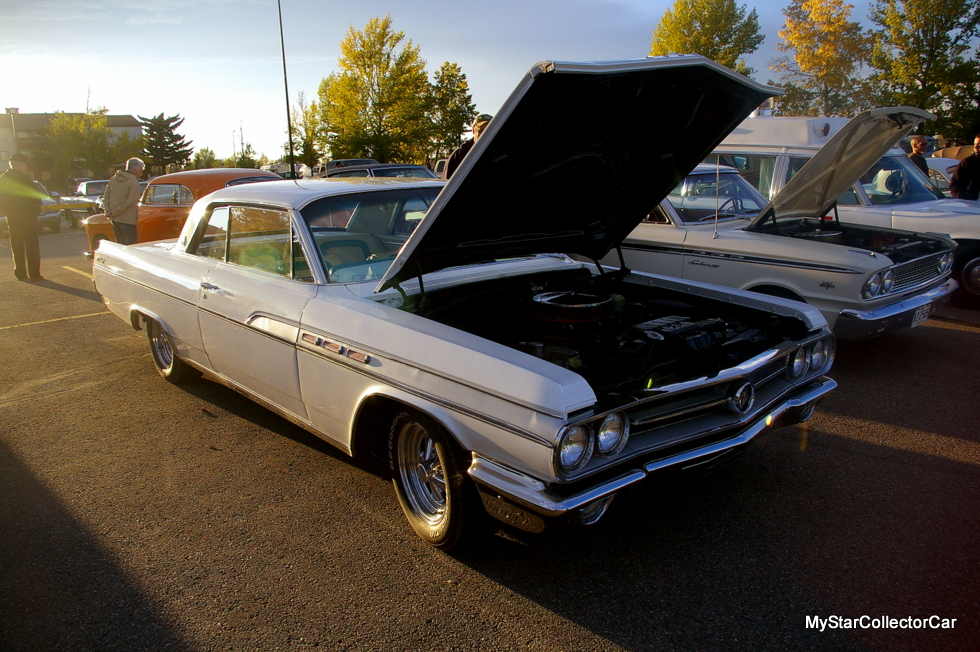 The first Wildcat flew as a sub-model under the Invicta name in ’62 and became a standalone model in ’63. This big feline was a full-sized car that never offered any engines under 400 cubic inches, initially with the famous 401 cubic inch nailhead engine. 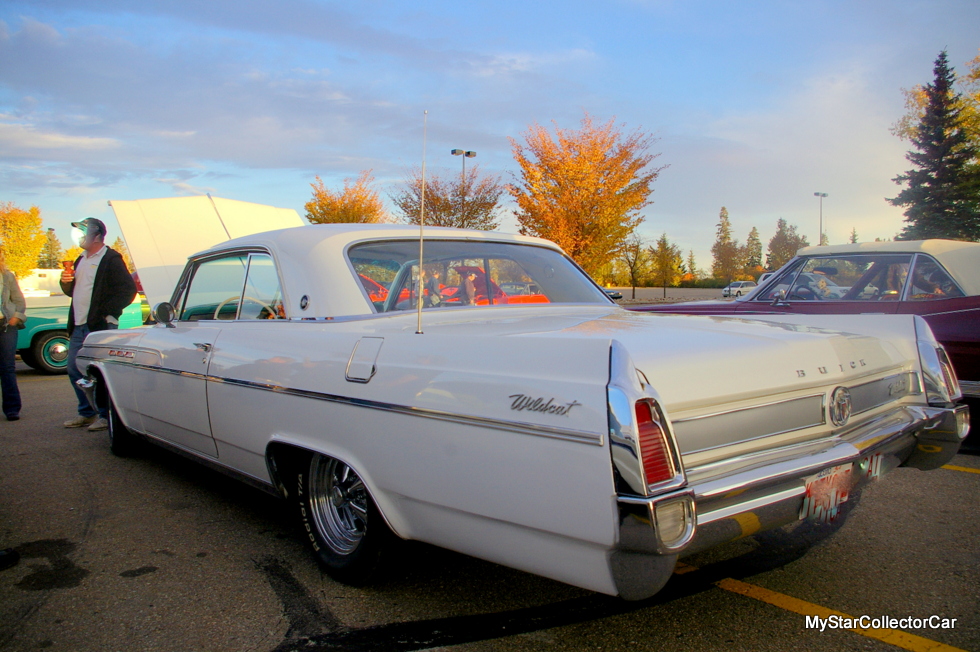 The last Wildcat manufactured in 1970 for the Buick lineup also had the biggest engine ever made: a 455 cubic inch monster that moved the big sedan down the road like a freight train on nitrous. 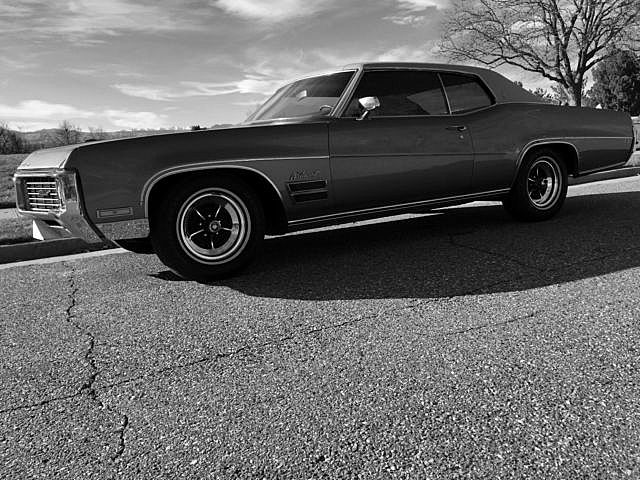 The obvious question at this point is why did we pick the Wildcat name for a revival scenario in the General Motors camp? Because the name has a nice flair to it. For us, Wildcat is a large dangerous beast of a name that dominates its mortal enemies on the street with brute force and intimidation. Bring it back Buick. 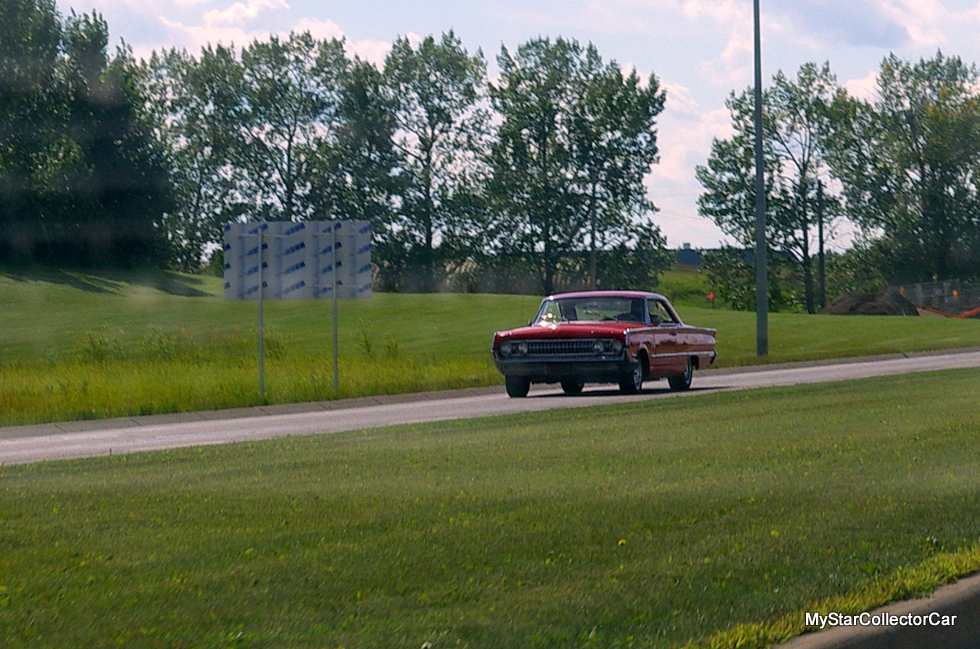 Next up is the Mercury Marauder, a tough-sounding model from Ford’s now-extinct Mercury division; a Blue Oval brand better known for its luxury than its street toughness. For this reason, the Marauder model was an outlier of sorts for the Mercury brand because it was a designated street thug for them.
The first Marauder appeared as a 1963 ½ model in the Mercury lineup and was built to compete as Merc’s big block, full-sized entry into the early phase of the 60s muscle car era. Engine choices ranged from the famous 390 engine to the even more famous 427 Blue Oval monster big block. 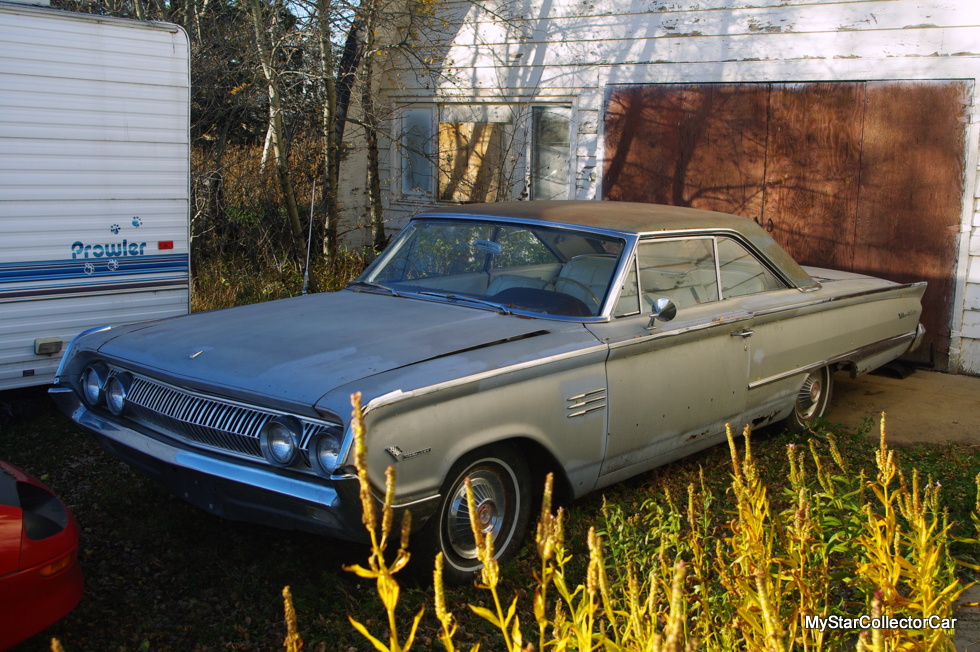 Marauders gave Mercury a bad ass reputation during their initial model run from 1963-65, although the last 21st century edition of the Marauder ended the brand name in 2004 with a small block luxury car that produced little of the first-gen Marauders’ take-no-prisoners approach to the street wars. Ford could easily bring back a new Marauder with that same street presence. 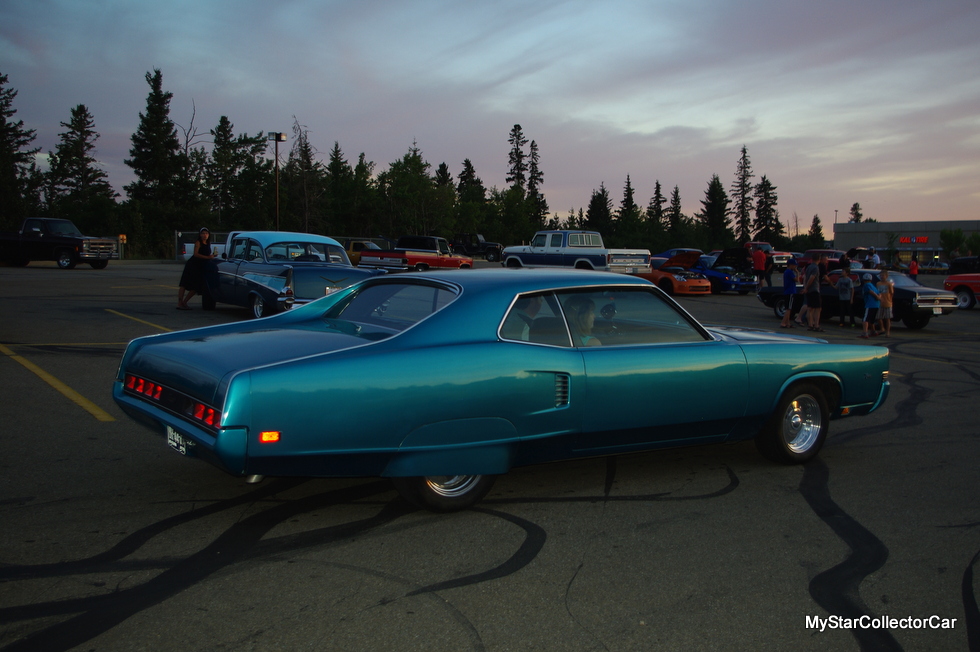 The last model in our MyStar resurrection recommendations is a Plymouth-but not a Roadrunner, GTX or ‘Cuda. We want to see the return of the Plymouth Fury. This iconic Mopar brand first hit the street in 1955 and production continued until 1978. 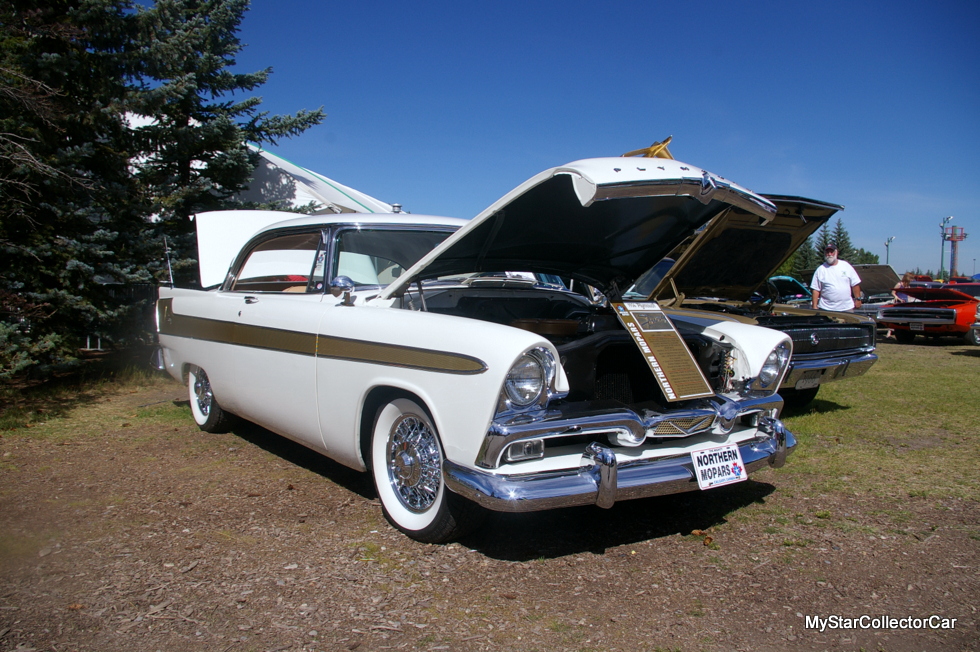 Why bring back the Fury name instead of some of the other names? It’s simple: the Fury got there first and was a big piece of the muscle car scene in the 50s. Many people believe the 60s were the birthplace for muscled-up Detroit iron, but anybody who drove a 50s era Plymouth Fury with its Golden Commando V-8 option knew true muscle cars actually appeared during the Elvis era. 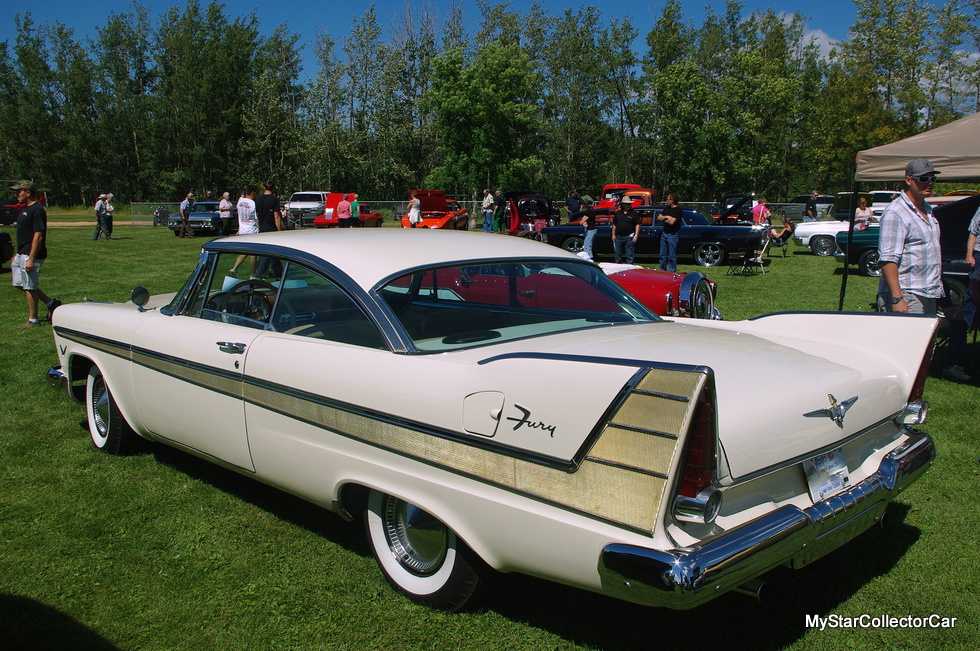 Stephen King’s Christine made the Fury name very famous in a hell-hath-no-fury-like-a-woman-scorned sense. A Hellcat engine option in a new 21st century Fury would make the name even more famous. 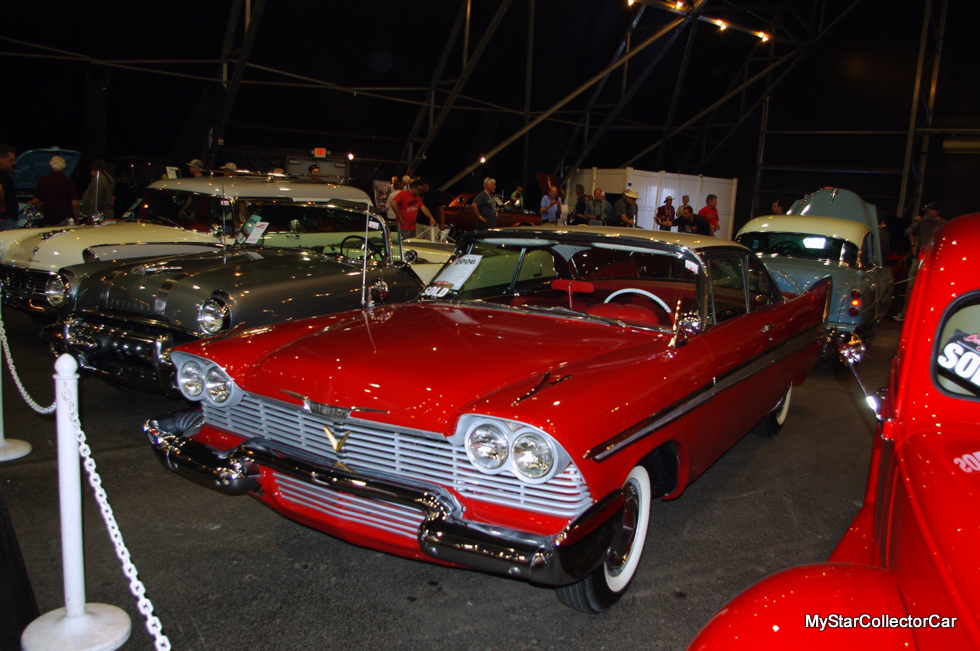 These three automotive names may be gone from the Detroit car lineup, but they will never be forgotten by the car guys who remember them for all the right reasons.

VARSITY HALL MYSTERY: MYSTARCOLLECTORCAR AND THE CASE OF THE MISSING DANCE...