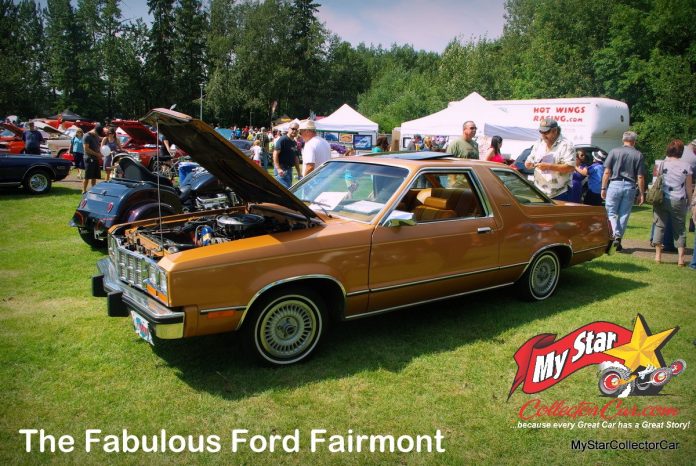 The late 1970s was a transitional period for the Ford Motor Company because it marked the end of the line for their Maverick and Comet models.

Just for the record, the Maverick was basically new sheet metal on the Falcon model, but Maverick’s replacement (Fairmont) was an entirely new vehicle, in similar fashion to the Mercury Zephyr.

The major difference was the Fox Body platform made most famous by the Ford Mustang during the 1980s and 90s. The Fox platform offered lighter weight and better handling characteristics (rack-and-pinion steering, McPherson strut front suspension) than found on older Ford platforms prior to the introduction of the new design.

The 1970s were not kind to domestic car builders because of higher gas prices and the dawn of the foreign car era. The imports offered solid performance and excellent gas mileage in a smaller package, so the Fairmont/Zephyr models were created to offer similar features in a domestic car.

Neither car was pretty or even foxy in that Farrah Fawcett or Cheryl Tiegs poster sense when they debuted as 1978 models, but the Fairmont model became Ford’s best-selling car that model year. In fact, the ‘78 Fairmont set a sales record for a new Ford model when it beat the previous record set by the legendary Mustang.

Fairmonts and Zephyrs may not have been the stuff of dreams for car guys (or swimsuit model fans for that matter), but their impact upon a big change in direction at Ford during the late 1970s cannot be understated in 2021.

These tweener (Fairmont/Zephyr) cars allowed Ford to offer a larger-sized option than most of the import competitors, including four door sedan and station wagon versions that fit into budgets and parking stalls better than their full-sized brethren.

As mentioned, beauty was in the eye of the beholder when it came to the Fairmont and Zephyr models, primarily because they appeared to be designed by a guy with a straight edge fetish, but function was king over style when it came to these cars.

The Ford Fairmont Futura and Mercury Zephyr Z-7 were two-door versions of the cars. These two Fords were considered by many to be the sportiest versions of the two models and shared a unique rear roof/B-pillar design with other Ford models such as the Thunderbird.

The B-pillar (centrally located exterior metal divider that runs from roof to body) is wider than normal on two door Fairmont/ Zephyr models and reflects the major level of style importance that domestic car builders attached to the B-pillar during the late 1970s.

The Ford Fairmont and Mercury Zephyr were trailblazers in Ford’s future when they debuted in 1978, mainly because of the hidden Fox Body engineering behind them. However, both foxy brands were put to sleep after their 1983 production, mainly because Ford wanted to follow a trend toward front wheel drive cars in their target market.