The term “soccer mom” has some negative connotations for some female drivers.

They are not happy that a functional mode of transportation like a minivan has become ground zero for jokes about women and their kid-haulers.

But is there a better answer found in our Baby Boomer past?

Let’s face it, a minivan is a very practical and safe form of kid confinement. Parents can strap their progeny into a minivan with the same zeal as an executioner on a mission. Neither kid nor condemned man will have much wriggle room.

The minivan is also a logical solution to parking and grocery hauling issues. Typically they provide a sensible combination of visibility and ease of exit and entry. 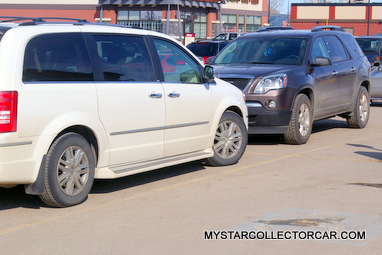 But they lack flair and style for some women. So a niche market was built around a four door vehicle that looks like a truck that married a station wagon. They are called sport utility vehicles and they offer relief for beleaguered soccer moms.

SUVs provide the illusion that some women will haul Junior to a morning practice and then hit the high country in search of mule deer. This is a possible scenario, but highly unlikely. 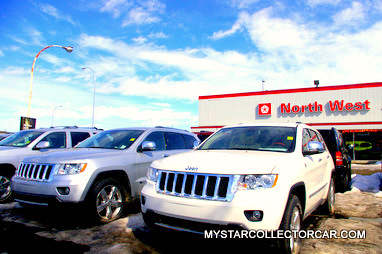 Most sport-utes will never leave pavement, but they offer a solution to stereotyping minivan owners as suburban drones. The fact that many SUVs have replaced the minivan in driveways does not change the fact that both vehicles perform exactly the same function.

So what is a girl to do? The answer is simple-and it is found in the history of soccer moms from the past: buy an old station wagon. Be the first on your block to own a collector car that also has a practical use.

Station wagons from a bygone automotive era will have the same practical sensibility of their newer replacements (minivans and SUVs). It was built to haul even bigger herds of kids in its heyday. 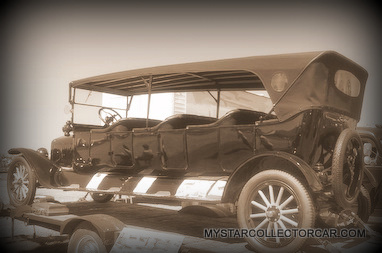 But an old wagon will have amazing curb appeal for its soccer mom driver. There will not be two of these rides on the same block. In fact, there may not be two of these cars in the entire community. It depends upon model and year, but suffice to say that old station wagons are not common in any form. 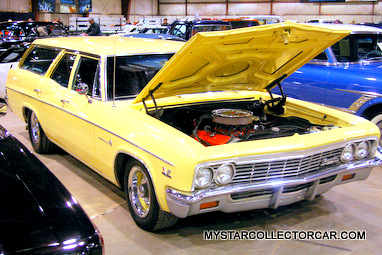 The other upside is that a soccer mom would have little difficulty convincing her car guy spouse to take Junior to the game-as long as he could borrow her vintage wagon. 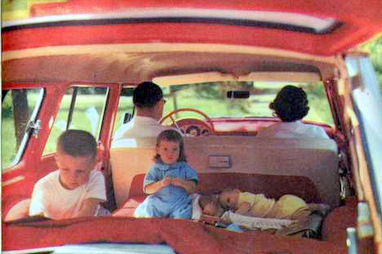 It is the ultimate win-win situation.

More about old vehicles of all persuasions at– https://www.mystarcollectorcar.com/

CINDY:”A Woody would do – or a Panel van!! That is about as close to a station wagon as I am going to ever get again!”

DENNIS:”The last picture says it all. I am a ‘baby boomer’ kid. For the first time the kids could ‘”See the USA in a Chevrolet” and bring the games, the books, and the toys with them. But of course we can’t allow that these days, it isn’t ‘safe’. We all but have to Styrofoam wrap them these days. There’s legislation in the works right now to make any kid under 10 sit in an ‘approved’ car seat. Break out your wallet”.