Buying a new car or truck is one thing-buying a mint condition affordable 1947 Studebaker is an entirely different concept.

The basic idea is the same because money exchanges hands for a vehicle.After that, the game is like comparing mud wrestling to chess.

Don’t use the same techniques. 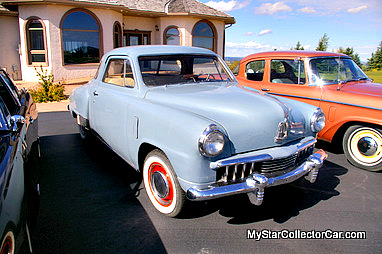 The Studie could be Great Aunt Jean’s first car-the same one that she willed to her favorite nephew. The same nephew that you’re trying to buy the Studie from in 2011. The same Studie that you’re throwing rocks at in a clumsy attempt to “negotiate”.

This is not a brand new Chevy truck so try and used a civilized approach that relies heavily on basic manners, not hardball negotiations. For example, don’t come out swinging about the incorrect “factory” engine color because there’s an excellent chance that the current owner knows this car inside and out –you might be wrong…cuff in the head wrong. You have to read the situation better than Joe Montana used to read defenses. 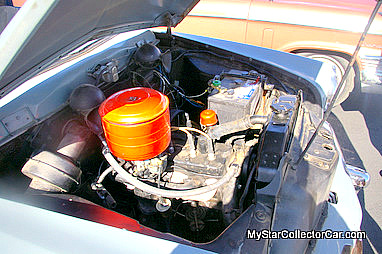 So if he tells you that he’s owned the car for 20 years and did a frame-off resto or inherited it from Great Aunt Jean then don’t be a tool and call him on details that you’re not sure are accurate. That tactic makes you look stupid and the owner mad-not good catalysts for moving negotiations forward.

Time is money. Don’t take 5 hours out of the poor guy’s day just to kick tires. You should be able to make a pretty good overall inspection in an hour so don’t think you made a car buddy just because you talked cars for half a day. He’s selling the car, not trolling for new friends.

Emphasis here-do not make promises you can’t keep. Don’t tell the guy that you’re serious about making an offer then disappear faster than Jimmy Hoffa. He will take you at your word. Worse yet, don’t bob and weave if you leave a contact number and you get a call from the seller because he is taking the concept seriously. If you get two call backs from the guy, do the honorable thing and emphatically pass on the car or…man up and make an offer. 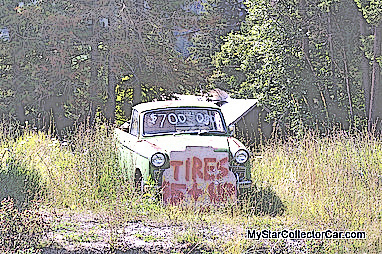 In other words, don’t turn into a 16-year-old-girl being asked out to the prom because buying old iron requires sheer gut reaction, not teenage female wiles. Tell the guy “no” on the second phone call if you haven’t made up your mind. Buying old iron is a male thing to do so above all be a man and make up your mind decisively and fast. Be more like General George Patton than Private Gomer Pyle.

Know exactly what you want. If you’re buying that ‘47 Studie for your Dad even though he used to own a ’53 then keep looking because it ain’t the same car. Dad might nod approvingly, but deep down inside you know that buying him a black evening gown might have been more appropriate than trying to rewrite his biography. Worse yet, you’re going to assure the seller that this is a certain sale but it’s far from certain if Dad hates the idea. 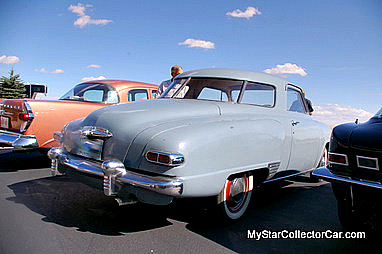 Finally, don’t swoop in like a consumer advocate because old iron is just that…old. If you find a bit of a leak on the master cylinder and few gaskets drip, use your head and don’t accuse the seller of tomfoolery if he’s owned the car for several years. Old cars leak. They sit around more than they’re driven so they leak. This isn’t an “aha” moment where you’ve uncovered the Holy Grail of scams so don’t go Mike Wallace and do an amateur 60 Minutes on the seller. Try and be big picture about this whole negotiation because this isn’t a Chevy Silverado sale- it’s a piece of history sale. Use your knowledge about old iron more and your toxic inner personality less. 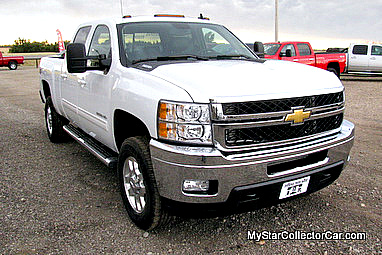 Before I get those inevitable calls and letters-yes, I’ve heard the horror stories about old vehicles and treacherous sellers but five minutes of conversation will draw out truths or lies because a legitimate seller is going to give you cues about his real history with the car. You’ll recognize them because you’re a car guy-otherwise you wouldn’t be looking at a ‘47 Studebaker. These are the vital signs of a solid owner-car relationship.

If you can’t spot them-buy that new Silverado.