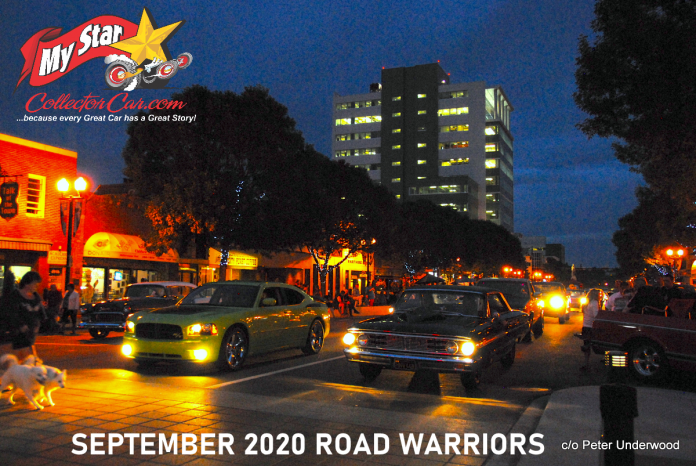 Peter Underwood has many interests in life — two of them are cars and photography.

That’s when he captured the moment when Red Deer, AB, Canada hosted a Super Run and a downtown cruise was part of the program.

Peter knows his way around a camera, and he sets impossibly high standards, so he wasn’t happy with the level of these shots – you be the judge.

He started the evening near the Red Deer City Hall where he captured this scene at an intersection.

Peter has an eye for every type of vehicle and he took a great shot of this massive rat rod.

He looked at all angles when he took shots – this one was taken facing west.

Peter was there well into the evening, so he captured some night action too.

You can get a real sense of Peter’s direction back in August, 2012 by studying the rest of these classics.

FEBRUARY 2021: THE BLACK GHOST–HOW A LEGENDARY 1970 DODGE CHALLENGER BONDED A FATHER AND HIS SON

HOW TO SHAKE OFF A GREAT DEPRESSION IN A BIG WAY….1930-1939 AUTOMOTIVE STYLE CHANGES

Everything You Need to Know About Mustang Suspension AmericanMuscle Tech...