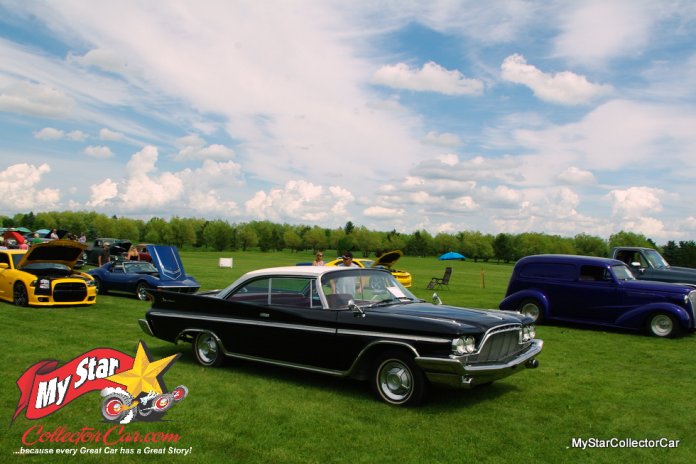 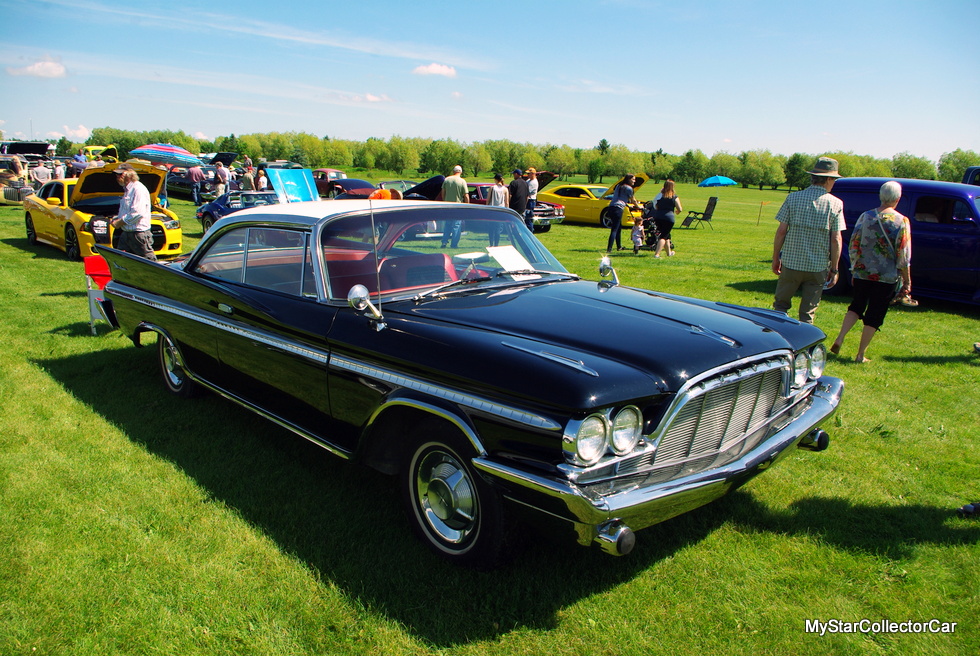 Every car guy truly believes his car is a star, but it’s a different story when the car actually does star in a movie.

That kind of exposure takes the stardom game up a notch or two because the big screen is where the stars are found.

This ’60 DeSoto is a star in the Forward Look world of Virgil Exner—the king of fin car design—but it also starred in a Kevin Costner movie. 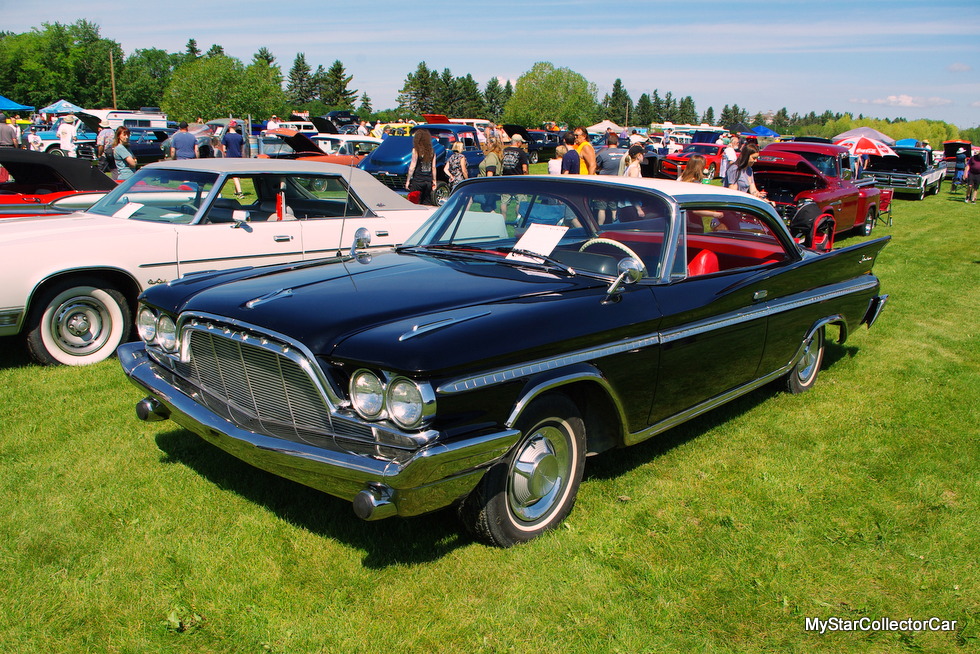 Brian McMann is the current owner of this classic DeSoto and the biggest story about the car prior to the movie was its history. The previous owner bought the rust-free car at an auction in the late 80s, so he had a great starting point but he took it to another level. Brian explained how the previous owner gave him the bills and “they added up to over 47,000 dollars—less motor and transmission” but he paid less than that for this classic fin car. 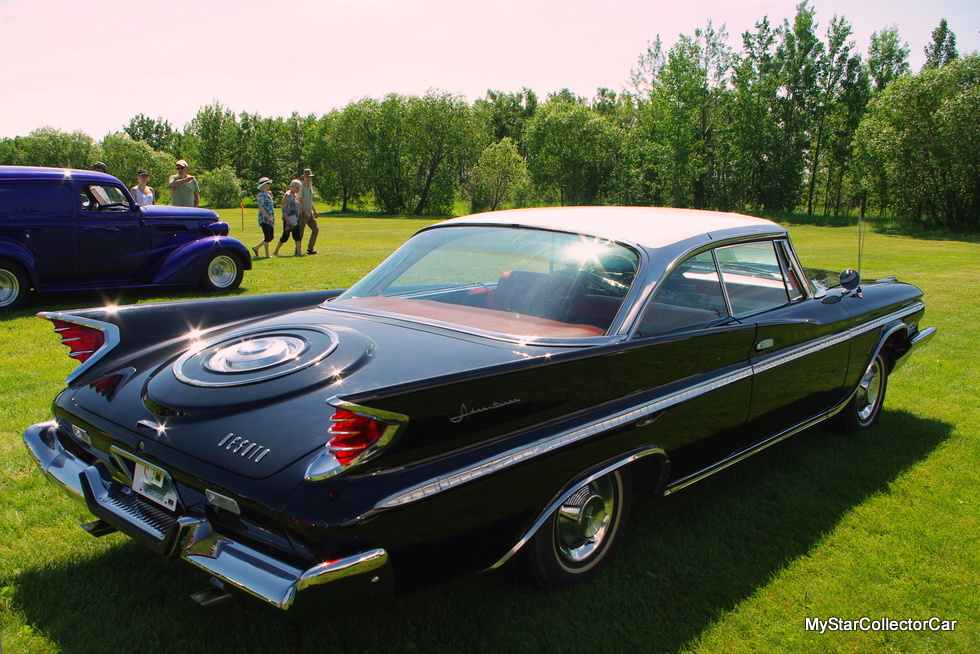 The DeSoto was obviously in great shape, but Brian started to paint the roof and he ended up painting the whole car. This was done even though the guy before him had invested major dollars in the paint and interior, but the results are spectacular. 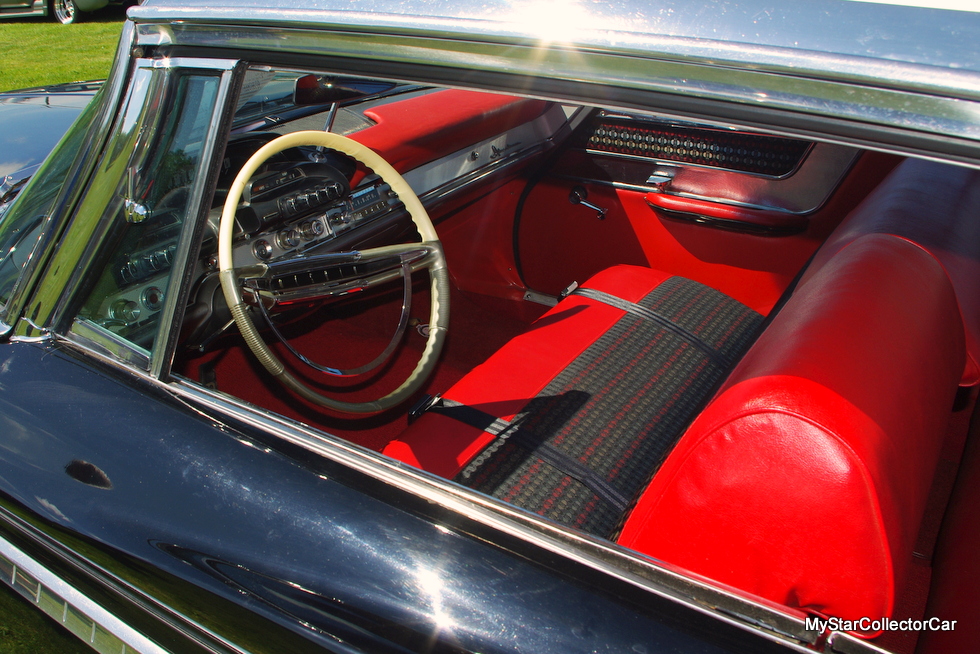 The 383 4-barrel engine and the transmission were also completely redone by the former owner and Brian said it will run comfortably and easily at highway speeds (and beyond) but he doesn’t punch it.The steering is really light and Brian said the DeSoto is very solid on the road and given the spike in turnpike construction in the era it was built—that’s not surprising. 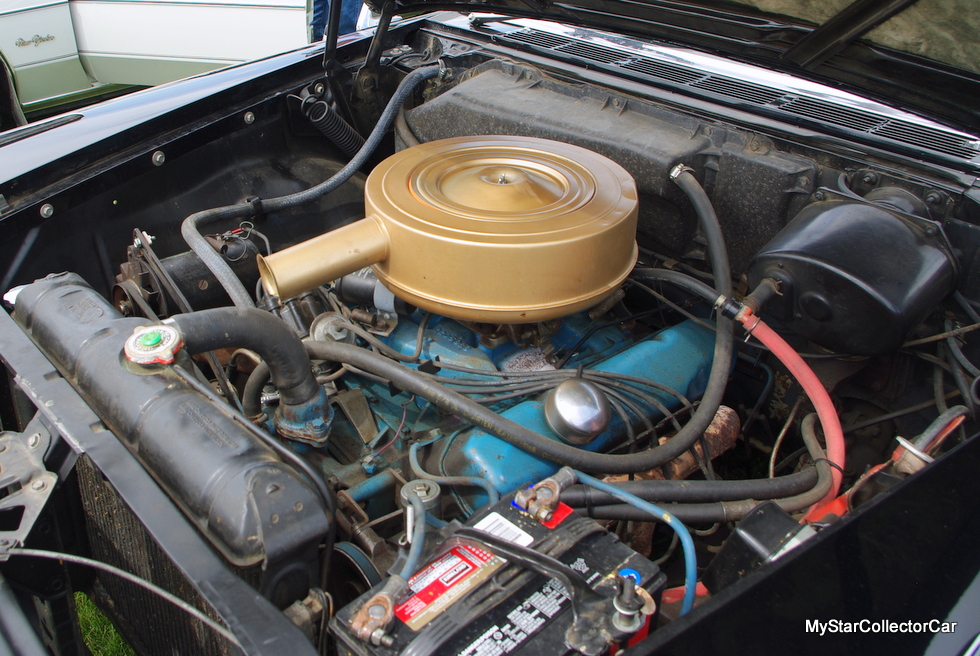 The DeSoto became a star in typical Hollywood fashion—it was discovered during production of the Kevin Costner-Diane Lane movie ‘Let Him Go’. The movie people wanted to use Brian’s old truck and when he sent them pictures they spotted the DeSoto in the background. They told Brian they “wanted that one too” so they cut a movie deal for the car. 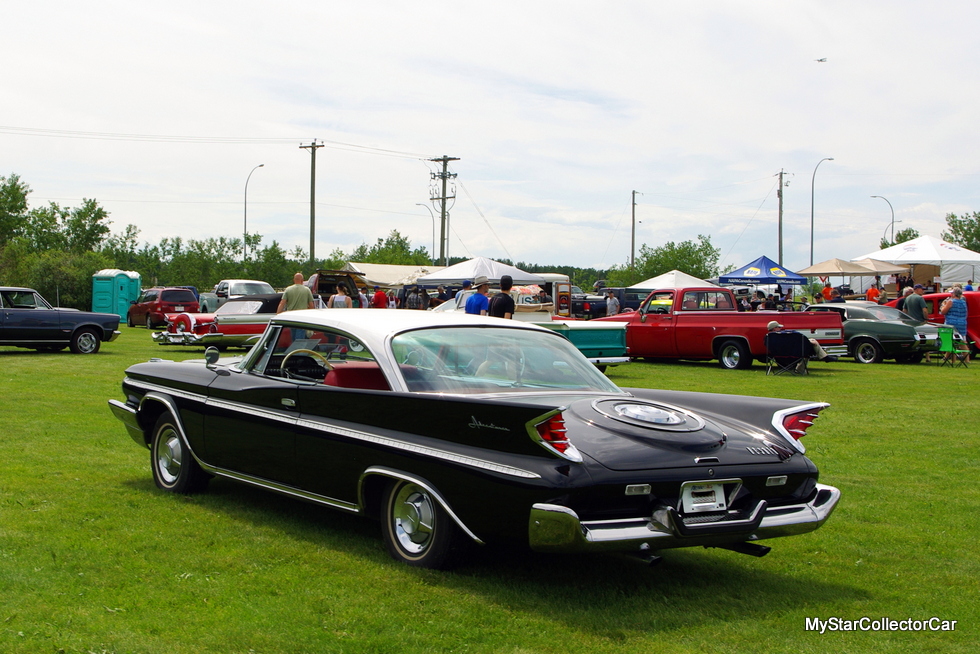 Brian said the car is written into the story as Kevin Costner’s son-in-law’s car so it’s in a few scenes. The car is parked in front of a few buildings in various key parts of the movie so it definitely made the cut for the editors.  Brian was on the set for many of the shots so he met a number of people involved with the movie—including Kevin Costner—who he described as a “really nice guy who came up and shook his hand”. 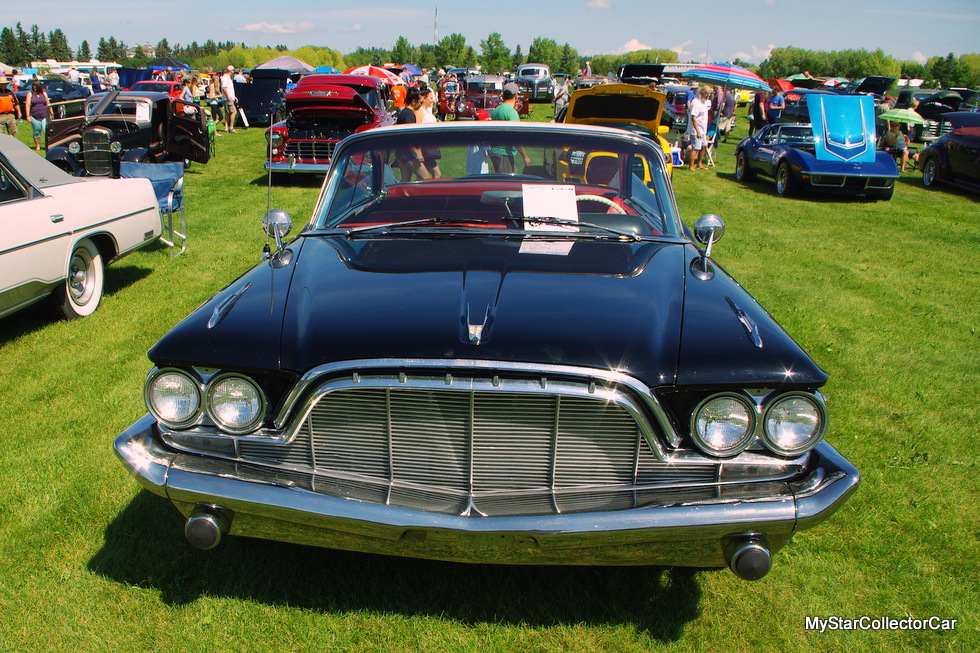 Brian said he trailered the car to the shoots because much of the filming was done during the less car-friendly seasons in Alberta, Canada. He also wanted to make sure his vehicles came through without war wounds because filming can be rough on the props because of the extra cameras in and outside the vehicles. The DeSoto was a stationary prop, so it was pretty safe but his other vehicles were in moving scenes so that gave him a few sleepless nights. 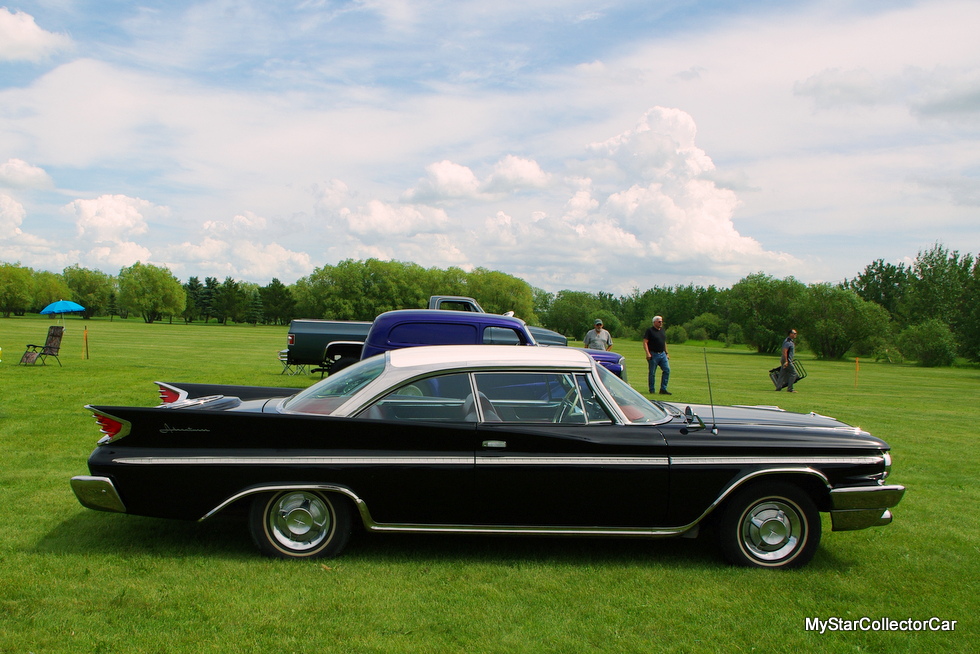 The movie experience was off and on for all the vehicles over the course of six weeks and the DeSoto was used for six days of filming. Brian is going to be the first customer through the doors when ‘Let Him Go’ debuts in 2020. 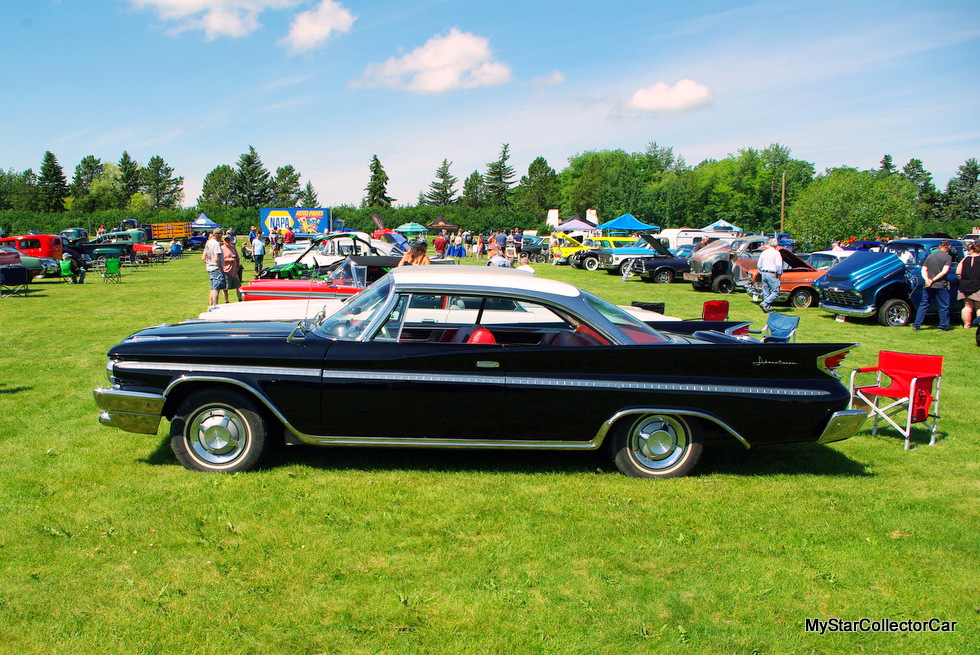 That’s what you do when you own a star car.

GREAT GRILLES OF THE ‘50S – HOW LEARNING CAN BE FUN