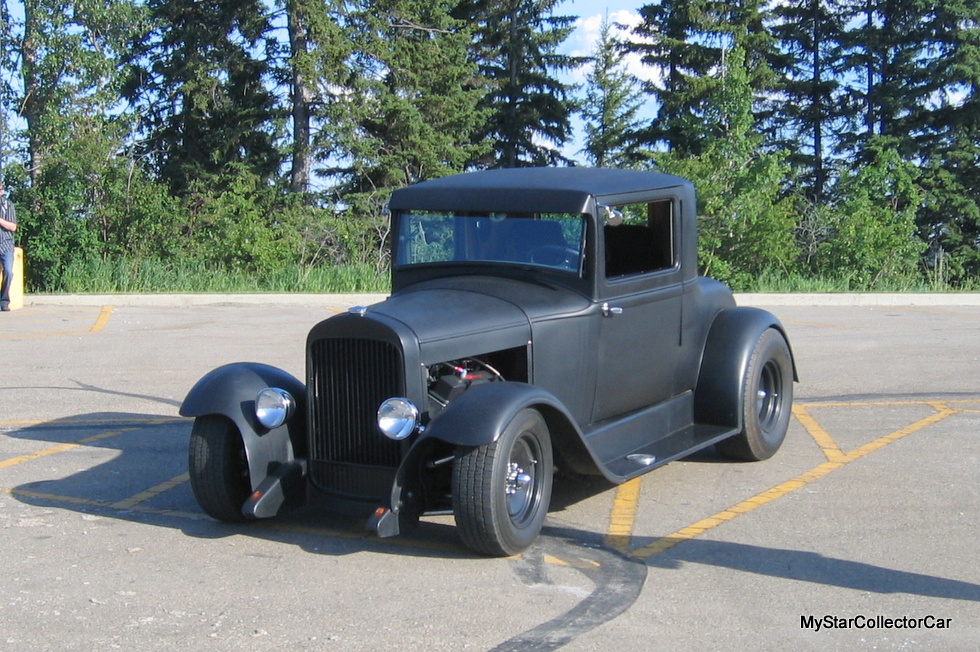 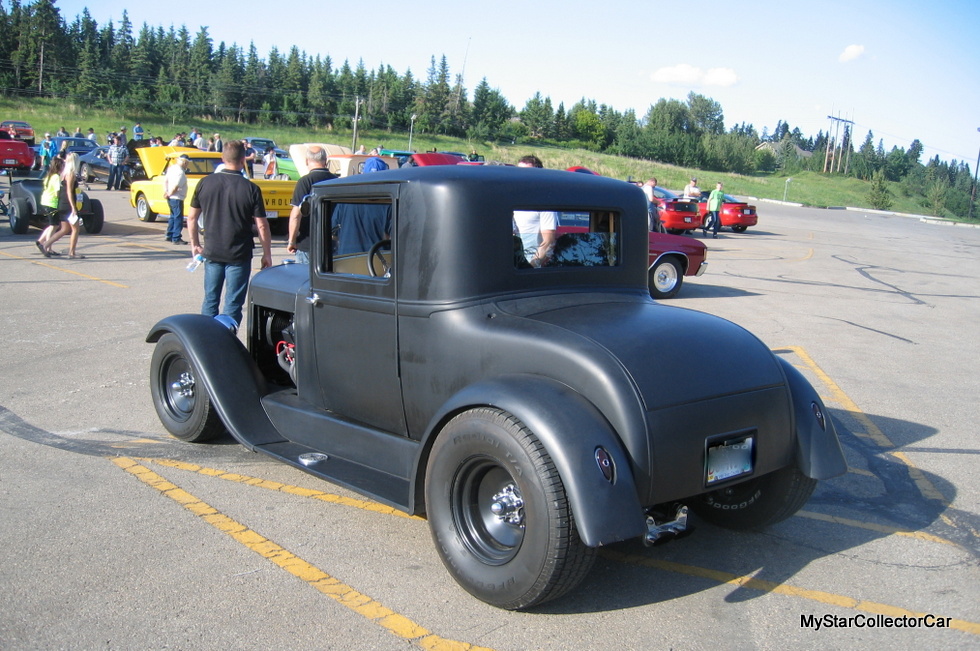 Essex may be an unfamiliar car name to many people because the last Essex left the factory in 1932 when parent Hudson Motor Company merged the Essex name with Terraplane. Now even the name Hudson has long been gone to that great auto manufacturer in the sky after it was merged with Nash into American Motors in 1954.

Essex was considered a modestly priced car during its 1918-32 run and was also a pioneer in the idea of enclosed passenger cars. The idea of an enclosed vehicle seems pretty logical to those of us who live in areas where winter is an unwelcome guest that stays too long but, in the early days of cars, the canvas-topped touring car was the norm.

Thus ends the brief background history of one of North America’s early automotive pioneers that was a competitor to the then-young automotive giant built by Henry Ford. 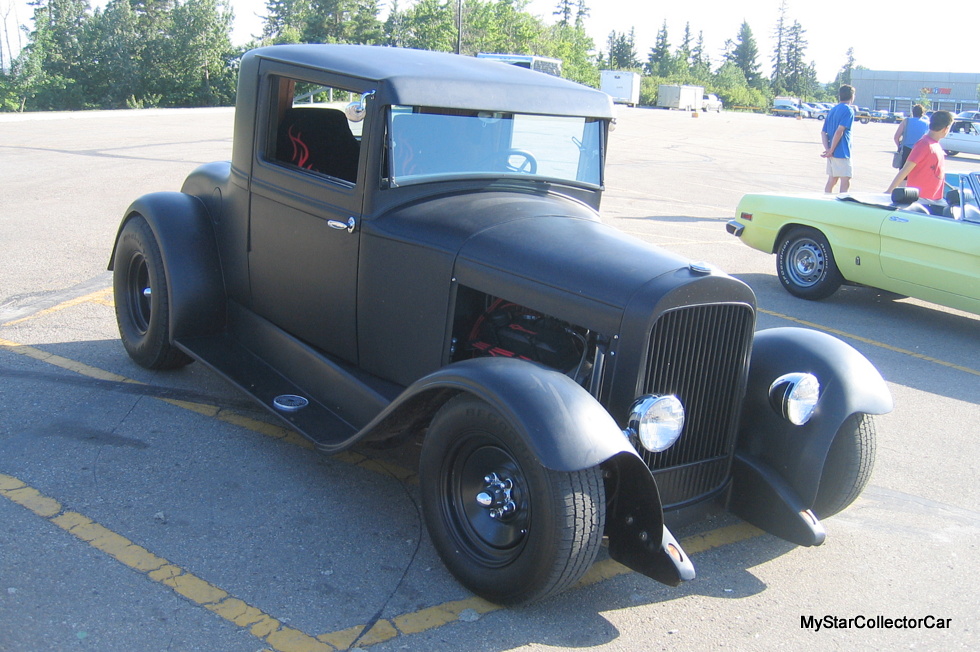 We spotted Tom’s 1929 rat rod late in the day at a car show and we made sure to track him down to get his story because an Essex is always a story for us. The once-plentiful Essex is now over 80 years in the rear view mirror of automotive history and few have survived to this day in any form-original or otherwise in Tom’s case.

Tom’s Essex is now powered by a 500 hp 350 Chevy small block engine that would run rings around its 1919 Essex sibling that averaged 60.75 mph over a 50 hour endurance run in 1919. The impressive speeds of the early 20th century Essex during that run was probably front page news, but imagine the results if Tom’s 350-equipped Essex was around to do the same run in 1919. 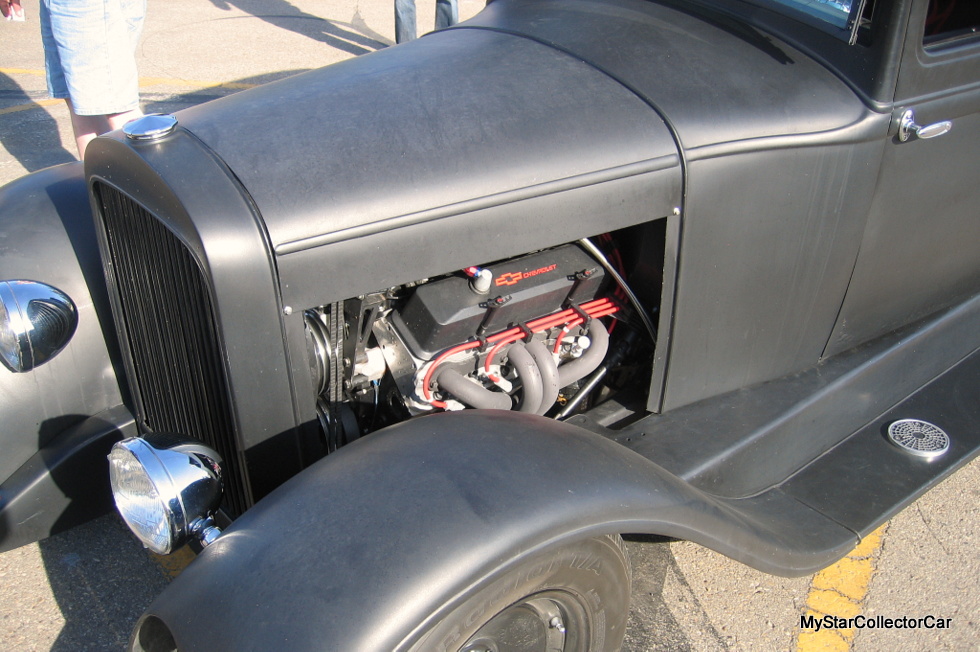 Tom’s Essex has made several endurance runs through the Canadian Rockies since he put it back on the road because Tom is not afraid to take it anywhere there is a road in front of him.

He originally purchased the car from Stan Reynolds, the founder of a very famous automotive and aviation collection in Wetaskiwin Alberta Canada. The late Mr. Reynolds likely never envisioned one of his pre-war project cars as a street monster, but that was definitely the game plan for Tom. 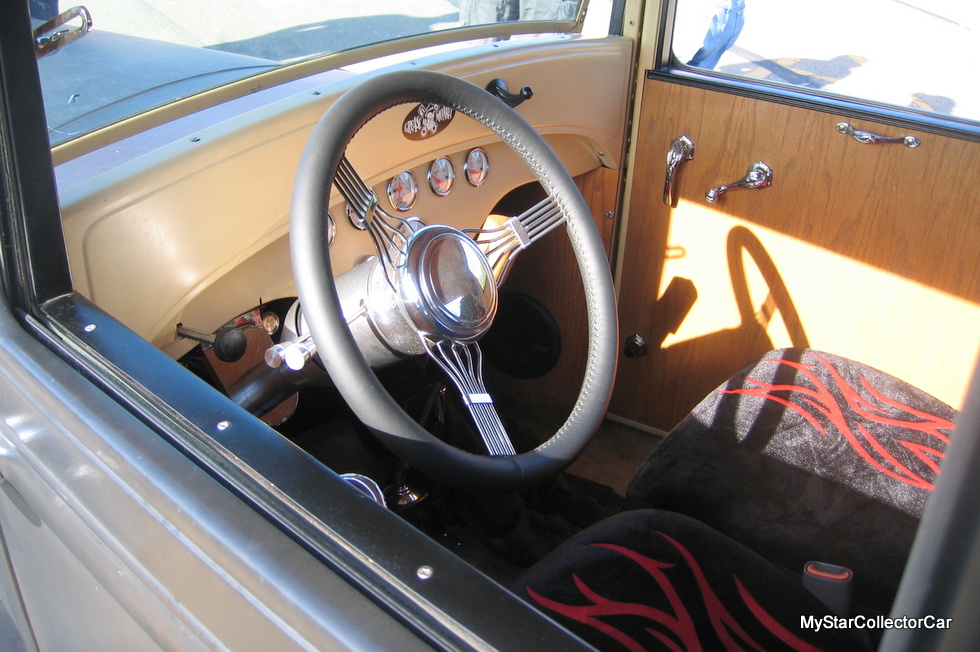 The final result is an eye-popping marriage of a stylish example of late 20s style with the brute force of a modern muscled-up Chevy small block engine. It is an understatement to simply say that people really noticed the Essex when it pulled in to the show. 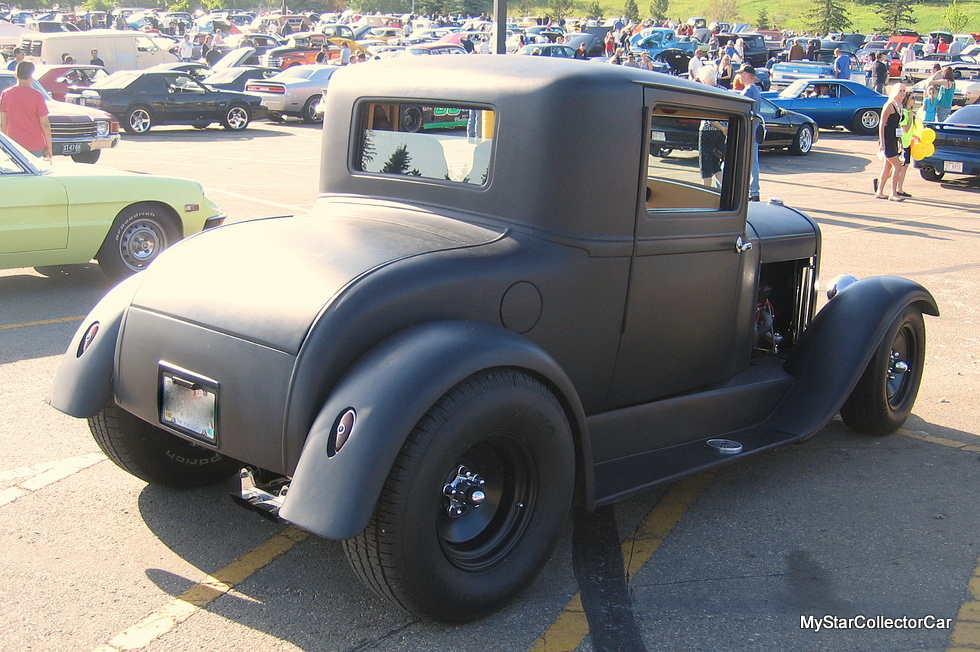 They may not have been too sure about the Essex brand, but they were very sure that Tom’s rat rod rated very high on the cool scale. Tom is an easy-going guy who was comfortable when he had to field many questions about his Essex from a band of curious onlookers.

‘Clearly he was used to all of those “what is it” questions that arise whenever he takes it to a car show.’