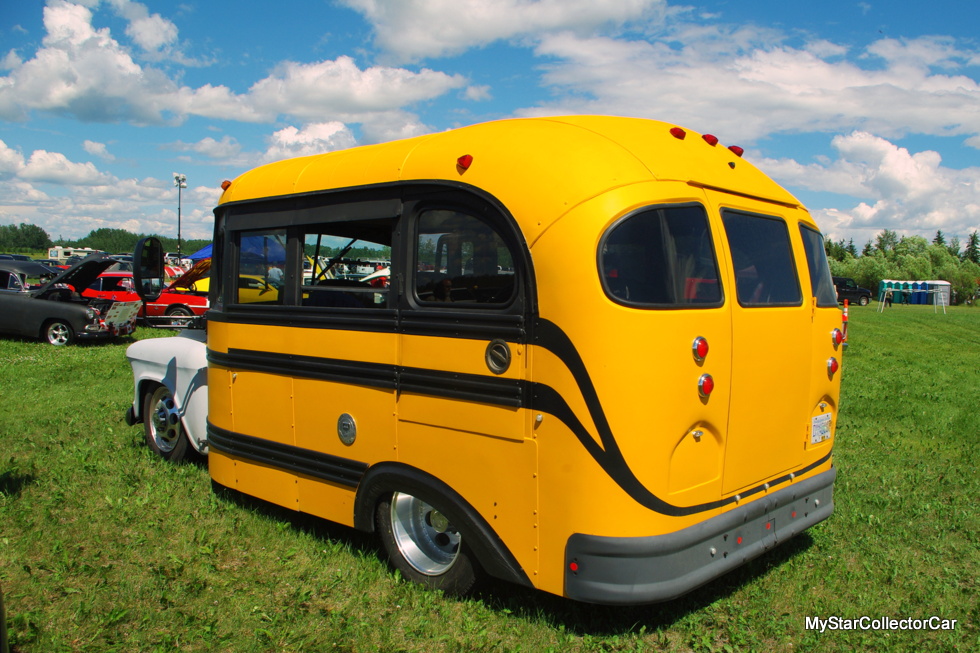 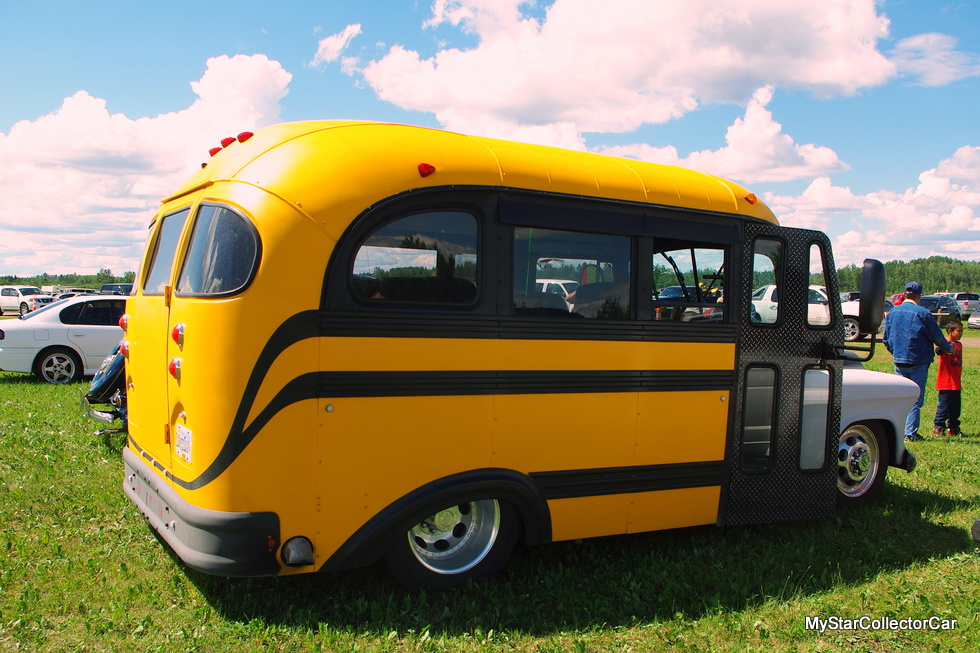 Some guys look at an old bus and see nothing but a good return on investment for scrap metal.

Other guys look at the same vintage school bus and see nothing but potential.

Most guys wouldn’t look at this bus and think, “Say, that baby might bolt up to a ’93 Dodge Cummins—frame and all”. Basically Ross wanted a cool ride he could camp in on vacations. That’s the Reader’s Digest version of this story. 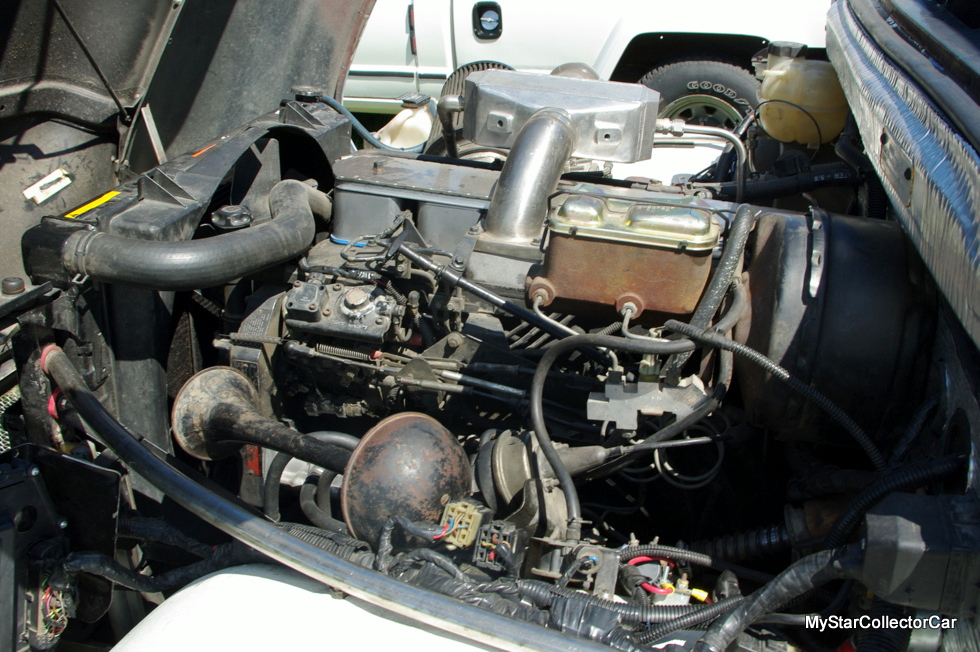 Ross is the kind of guy who is absolutely undaunted by a challenge and this old bus project was a Mount Everest-sized challenge. Ross is a pipe fitter by trade so he’s not afraid of hard, nasty work but this bus is a challenge that would humble Chip Foose.
He began by measuring truck versus bus and he came up with some inescapable conclusions. He kept the firewall and the floor but the rest of the truck involved major fabrication. Ross explained, “3/4 of the metal on the side is brand new and the fender flares are off a ’91 Ford truck”.
The seats are out of a motor home and they fold down in the massive interior area because this is a bus—roomy interiors come with the territory. This is the kind of vehicle where you can be 6’7” and still stretch across its width. 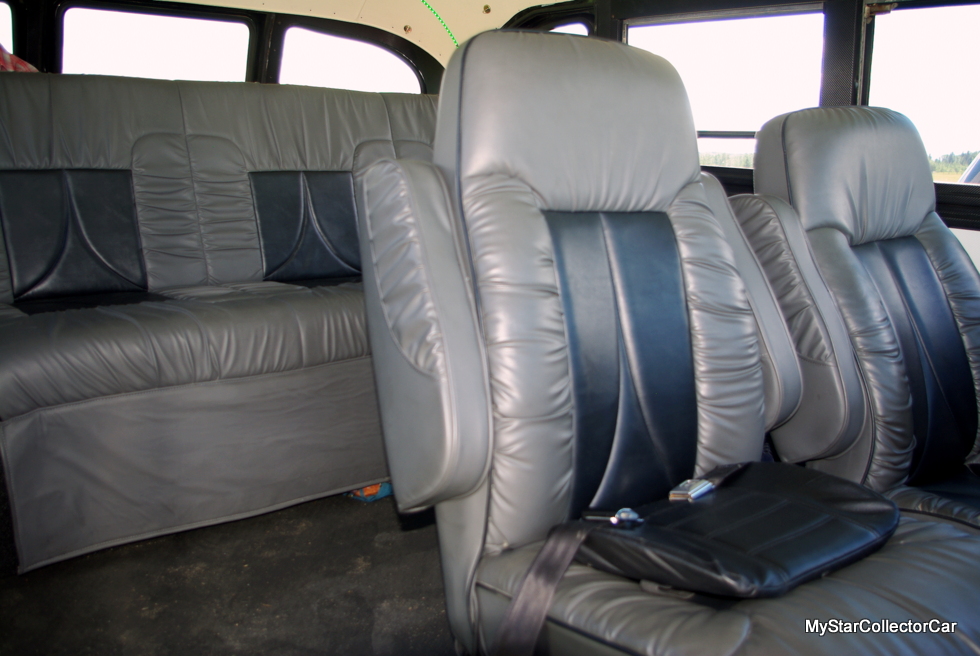 Ross admits he spent “lots of hours” on this project and there’s little doubt he possesses an equal mix of talent and patience to build this custom bus. 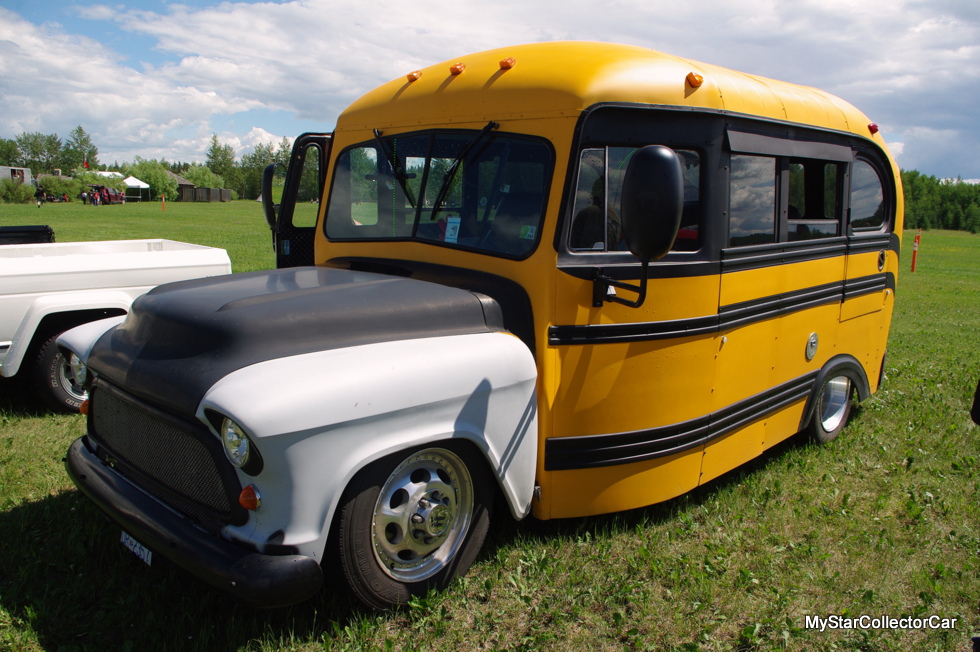 The road experience is the key to success with any build and Ross has spent plenty of time behind the wheel of this old Chevy bus. He’s very happy with the driving experience and he gives credit to the new bushings and other “front end stuff” in this 58-year-old Chevy. The only thing he fears is a flat tire because the skirts on the rear fenders turn it into a massive job.

The Cummins engine is notoriously torquey so you would expect it to be an easy match for a school bus. Ross filed a different report on the actual experience. He explained how  it’s a 12-valve Cummins so it’s built to haul when it’s running in peak form but this one is handicapped because, as he explained, “the intercooler isn’t hooked up so it bogs down on the steeper mountain hills”.
The old bus is relatively forgiving in the fuel area because Ross drove it from Kamloops, BC to Rocky Mountain House, Alberta (about 430 miles) on about 100 dollars worth of fuel (approx 1.00 a liter) so that number made him happy. 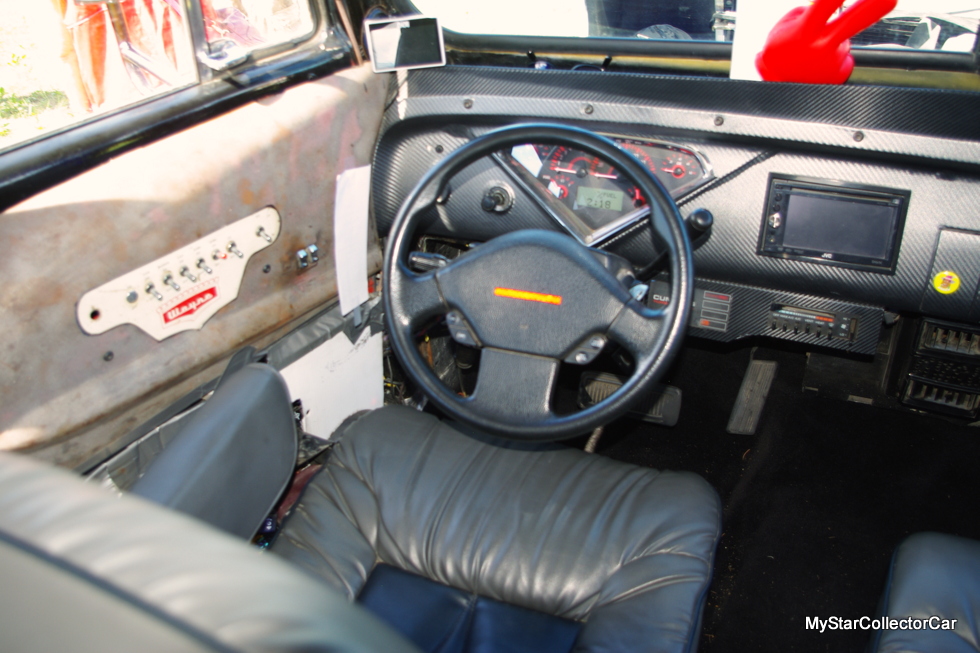 The other thing that really makes him happy is the attention he gets from other drivers. People are constantly waving and honking at this old bus because it’s a great mix of nostalgia and cool factor.
Ross has a few other tweaks in store for this 3100 school bus but that hasn’t stopped him from piling up some serious miles on the road and in his opinion, every one of those miles have been great. He’s so happy with the results he’s taking on another bus project—a ’58 GMC. 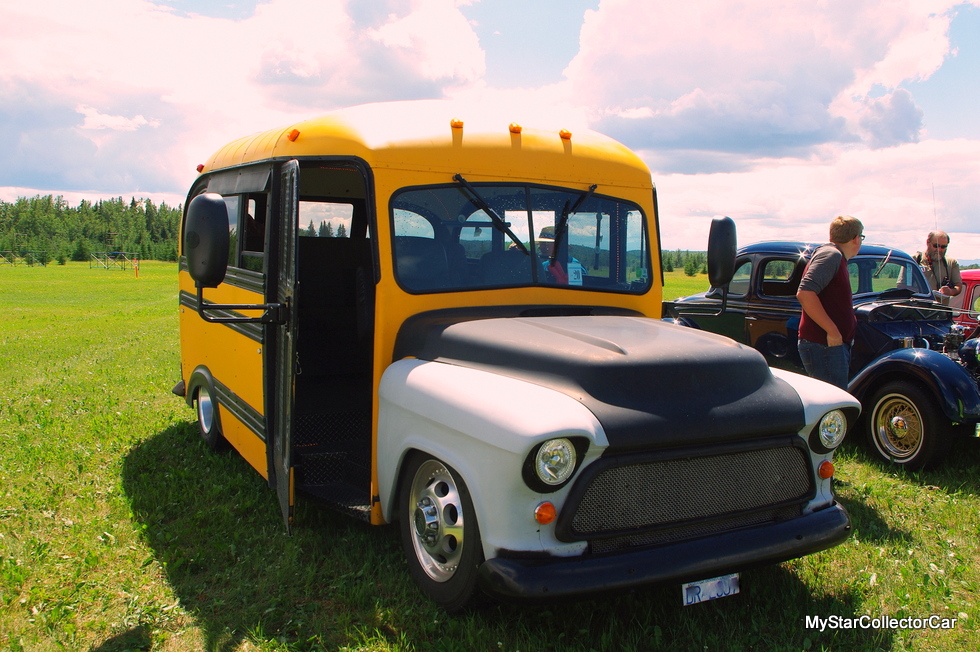 Car guys who take on major projects usually have a choke chain in the form of an angry wife but Ross is one of those lucky guys. Jannet Barna is his wife, she shares his life on the road and he calls her the co-owner.
That’s what really makes this a magic bus.
Jerry Sutherland