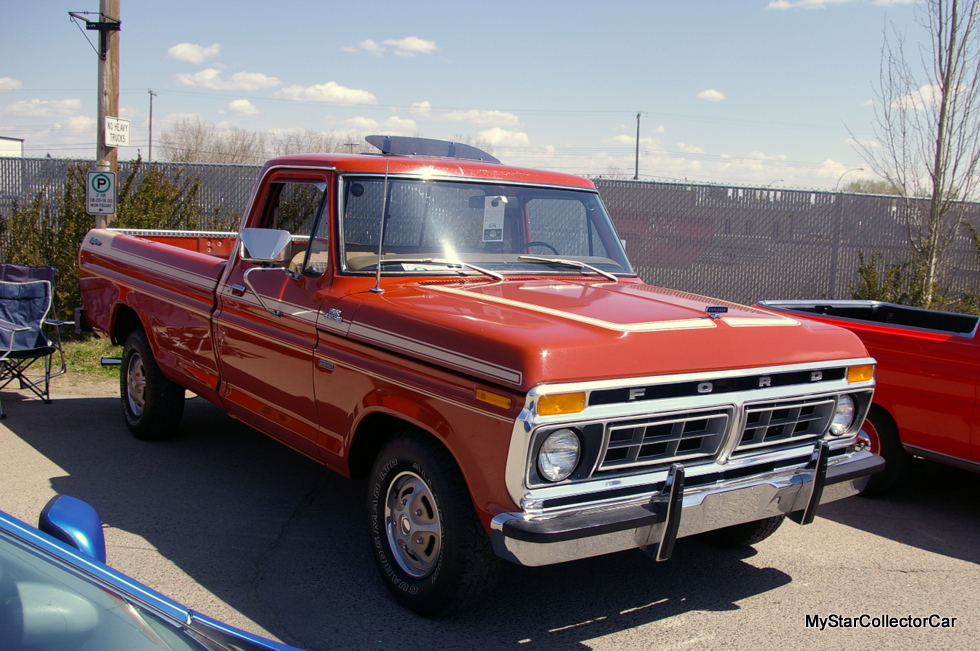 Sheron was underneath a 1953 Pontiac installing a lower radiator hose when Rick first laid eyes on her.

Actually, Rick first spotted Sheron’s pink slippers sticking out from under the car while she worked on it and was curious about their owner who was clearly a car girl. 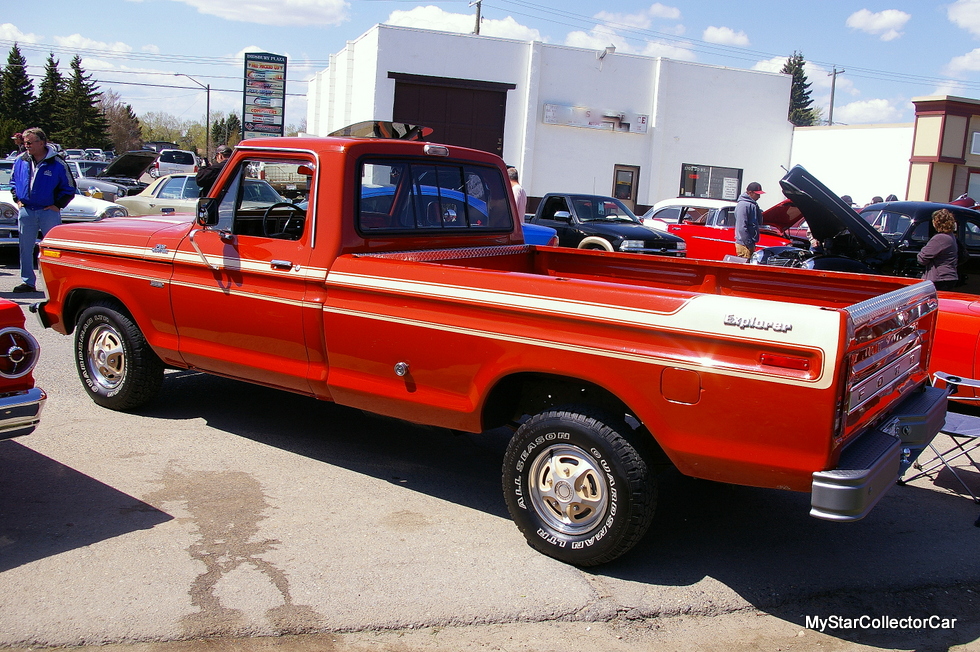 Every red-blooded car guy in the world would envy that moment because Rick was about to meet the ideal woman wearing those pink slippers: a girl who knew how to work on cars. He used even better judgment and married Sheron before some other lucky car guy beat him to the punch.Thus began a happy marriage that is still going strong long after Rick first spotted the pink slippers. We caught up to the happy couple at a spring car show when we spotted their beautiful 1977 Ford F-150 Explorer at the event.

The truck was an original survivor truck, except for a sunroof added by the original owner, and was in remarkable condition after all these years. It even has its original windshield. The truck was sitting in the first owner’s back yard when Rick and Sheron discovered it and they became the second owners three years ago. 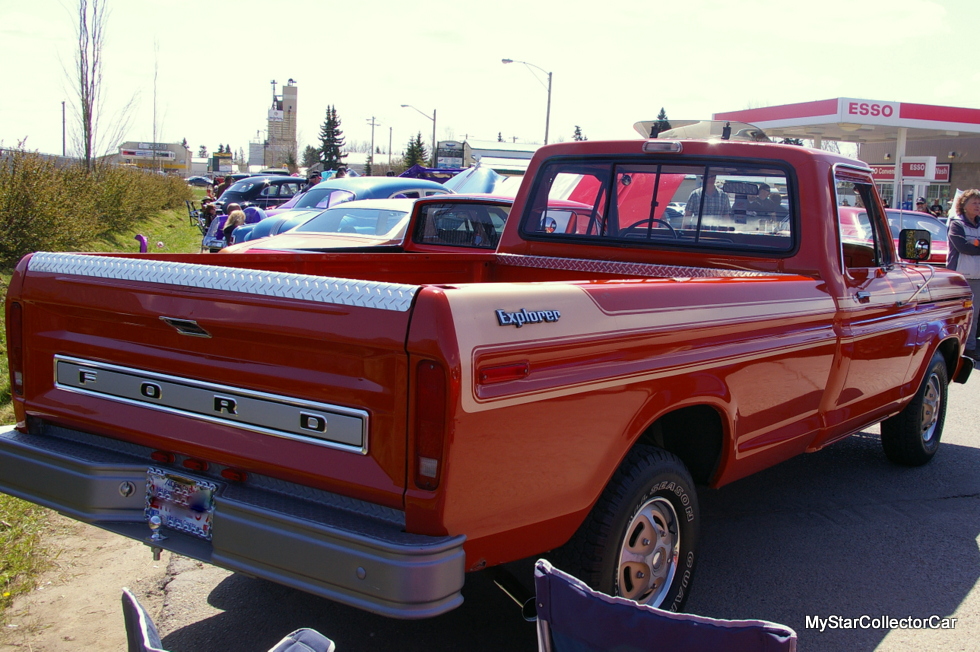 The Ford was equipped with a camper and the question of whether to leave the camper on the truck was a point of debate between Rick and Sheron. The Ford pickup had no camper on it when we encountered it at the show, but it did have a nice chrome air cleaner on the carb. Rick called it a Mother’s Day gift for Sheron and we assumed it was part of his negotiating strategy.

Part of the appeal of the vintage Ford pickup stems from Sheron’s memories of her father’s 1969 Ford truck. She was fond of this style of Ford truck because of her dad’s connection to them. 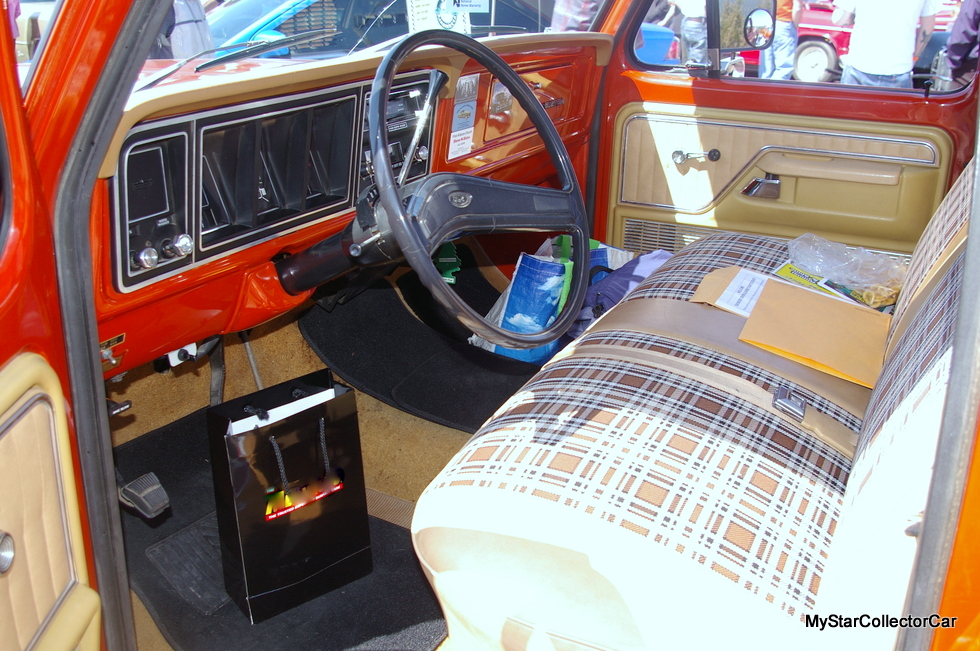 Rick turned down his kid’s suggestion to buy the fancier Ranger XLT trim for the truck because that would mean “trying to make a Ranger out of an Explorer” in his opinion, and Rick was not onside with that idea.
The Ford did have color hubcaps and Rick pointed out the color inside the cap centers matched the pinstripes on the truck. He also pointed out the retro purplish-blue lights on the inside of the windshield which cut down on traffic glare at night, according to Rick. The lights are old school incandescent style and we called them “purple sex lights” back in the day. 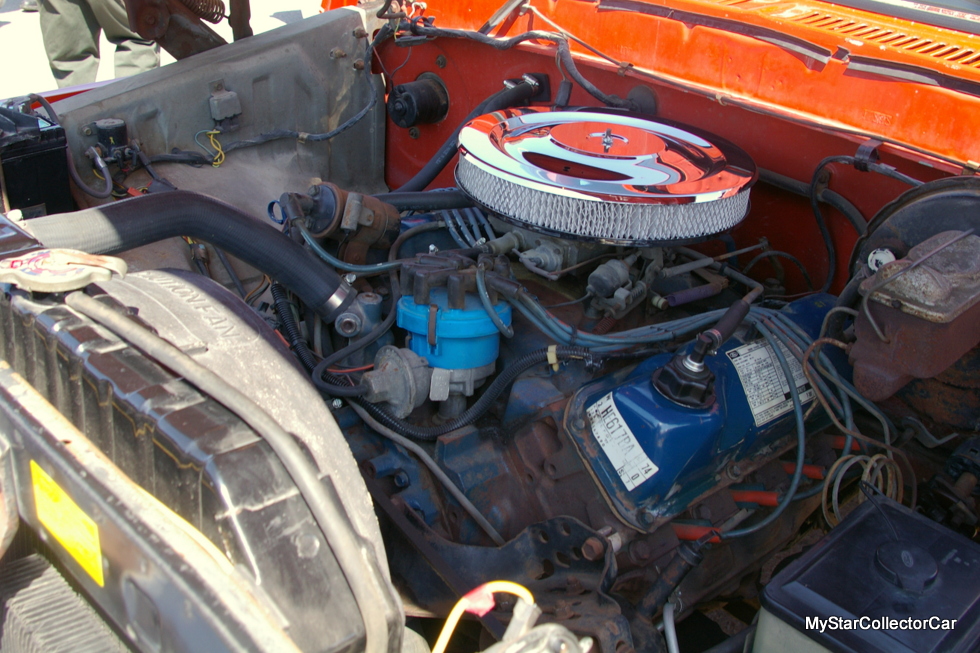 It was pretty obvious the 38-year-old Ford pickup had been pampered by its first owner and was used primarily as a summer vacation vehicle with its camper installed in the bed. It still enjoys the good life with Rick and Sheron, as evidenced by its sparkling condition at the show.In fact, Sheron has the last word on their truck; “We will probably build another garage for it before we would ever consider selling it.”

That is indeed special treatment.