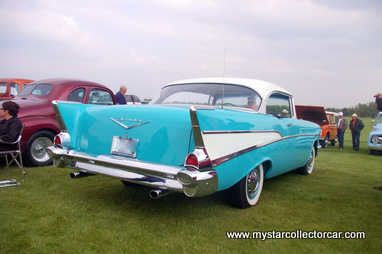 The 1957 Chevy 2-door coupe (hardtop) is more than a classic car-it’s an American automotive icon.

That’s why Ken McCarthy has so much fun asking people to identify his car.

He knows everybody in the free world-up to and including your crazy Aunt Zelda will correctly call it a ’57 Chevy.

But that answer is only partially correct because this particular 1957 Chevy is an example of a much rarer 210 2-door hardtop–even Chevy guys miss that extra detail.

Ken found this car through an ad–the owner had cancer and he had to part with the car but-he didn’t want to sell it to anybody in his home area. Fortunately Ken was two time zones away so that wasn’t a problem-this “rare bird” as he calls it, suddenly had a new home. 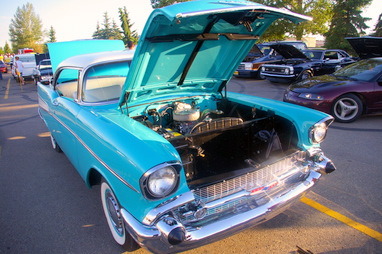 True tri-five Chevy guys get the significance of this bare bones ’57 Chevy because the 210 is seen far more frequently as a 2 door “post” (sedan). That B-pillar signifies a tough looking car-these cars were often built into street monsters so the extra torque is handled easily with the extra support. Most people who wanted the 2-door hardtop typically sprang for the more expensive Bel Air series. 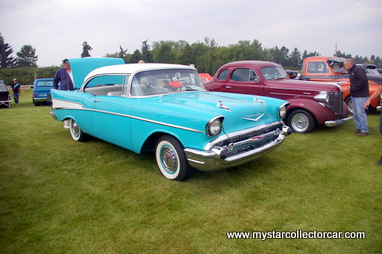 Ken’s a true Chevy guy so he appreciates the stock details found in this car. It doesn’t have too many options-that V-8 under the hood looks to be the most expensive option ticked off on the order sheet back in the 1957 model run. This was a “cheapo” 3-on-the-tree but it had undergone a rotisserie restoration to stock specs. 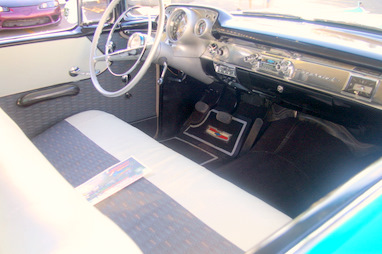 Ken has toyed with the idea of adding a period correct fuel injection system but so far he’s resisted that departure from stock-everything (with the exception of a few things like the master cylinder,hose clamps and air cleaner) else is essentially stock. 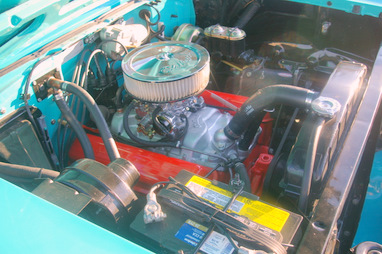 Most people look at this car and miss the significance of such a rare model because the ’57 Chevy is a fairly common sight at most car shows. In other words, it’s such a popular car that this 210 can be lost in the shadows of its numerous Bel Air cousins-that’s why Ken likes to test the public. 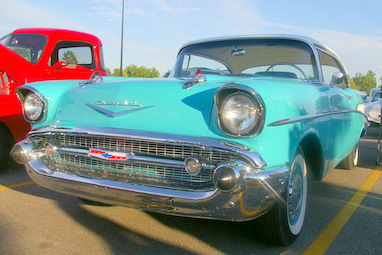 No serious tri-five guys will answer the question incorrectly but 99% of the viewing public will give him an incomplete answer. 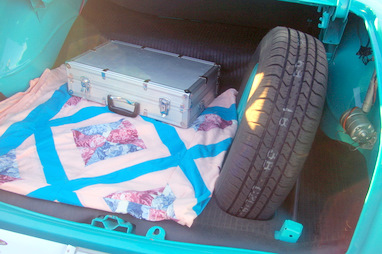 So far only 3 people have answered the riddle and everyone of them were hardcore ’57 Chevy guys.