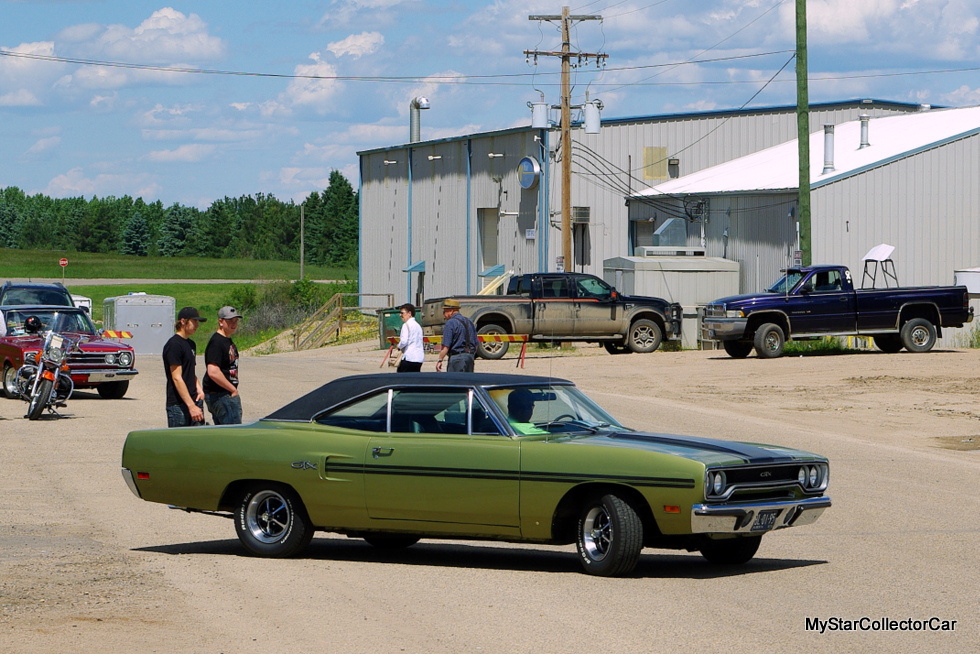 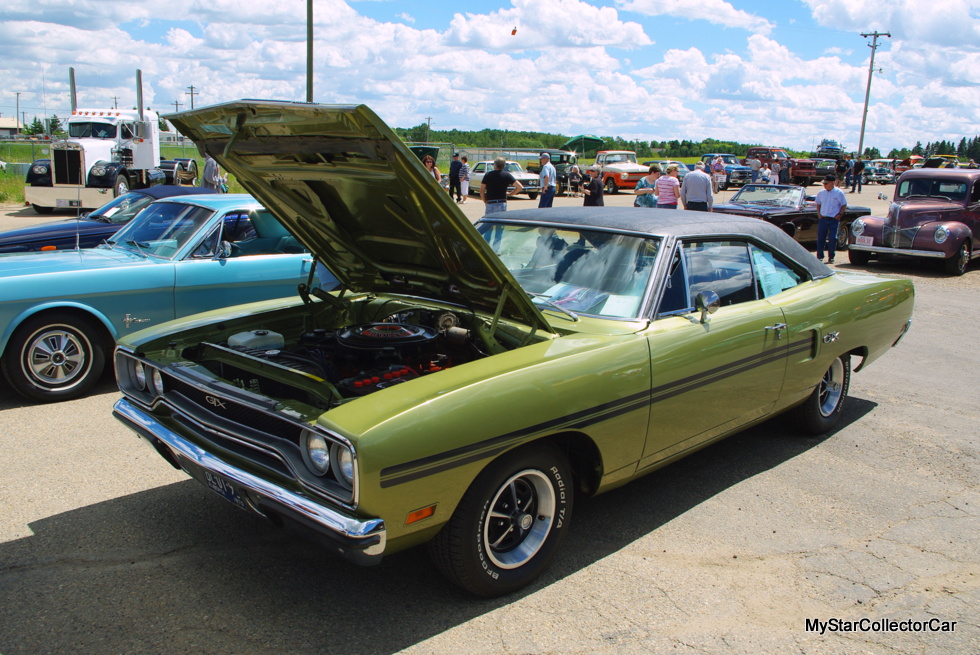 Bob Wardlow was a young mechanic working at a Chrysler dealership in 1970 and he wanted to buy his first brand new car.

The fact he worked at a Mopar dealership influenced his decision and he chose a 1970 Plymouth GTX for his new set of wheels.

The ’70 GTX was built with two basic engine choices: fast and faster- depending upon whether you wanted a 440 big block monster with a couple of carb choices ranging from 4 barrel to six pack, or an Elephant Hemi to crush the competition. 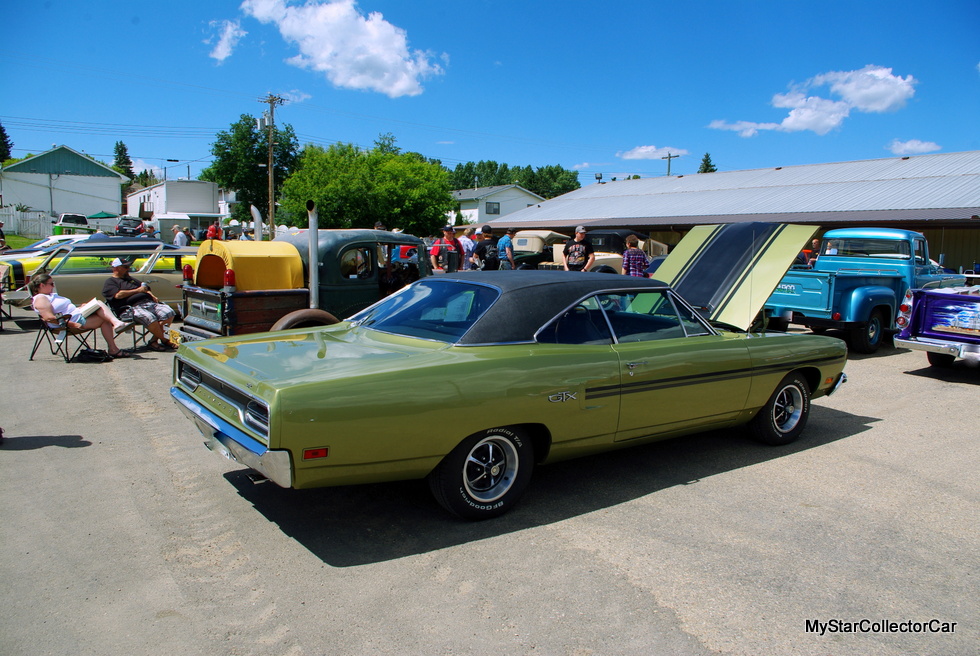 Bob’s original GTX was equipped with a 440 so he wanted to purchase another one with its original 440 under the hood. His search took about a year before he located one in Kansas about ten years ago. 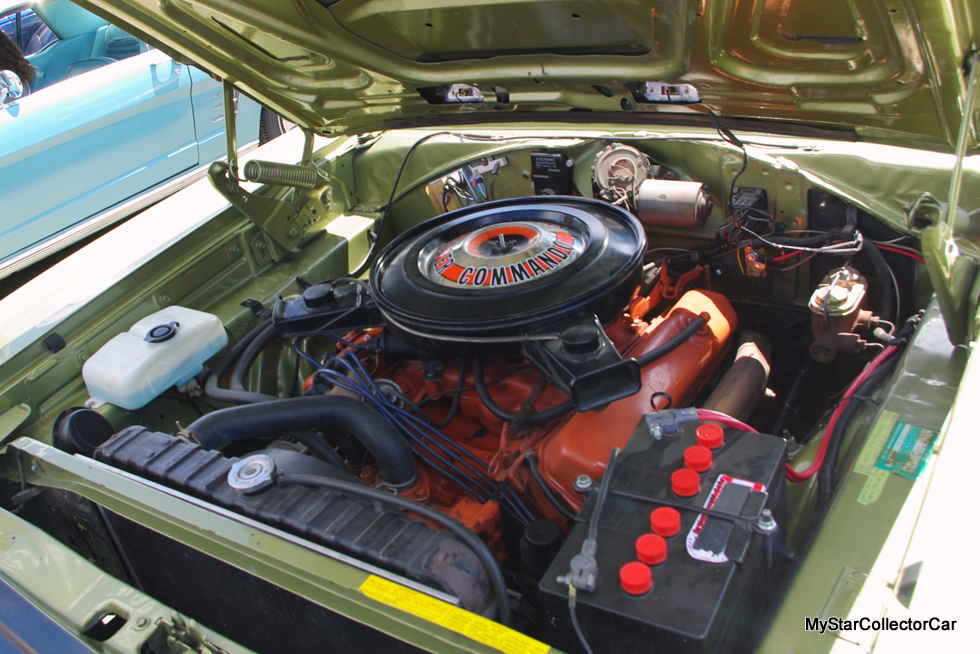 The GTX was not exactly in pristine condition because many of these cars from the muscle car era of the late 60s and early 70s succumbed to a combination of bad driving and advancing years.

The original transmission in the car had been replaced because it is difficult to handle big block torque when the driver pushes the limits on the gas pedal. However, the original 440 engine was still alive and well in the car. 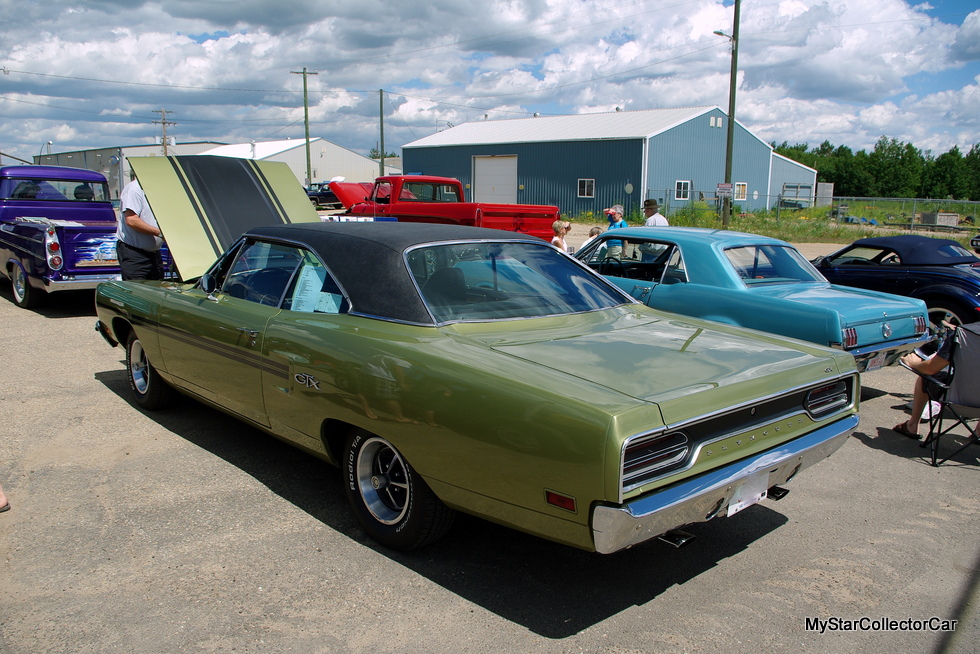 The front end of the GTX had also taken a pounding and Bob had to replace everything from the K member to the steering and brakes on his Plymouth.

Bob also added firm-feel steering to the GTX because he wanted more control over the car not found in the ultra-light steering feel of the original system.

The GTX has a few added features that include a vinyl roof and Mopar Tic Tock tach on its factory-installed options. 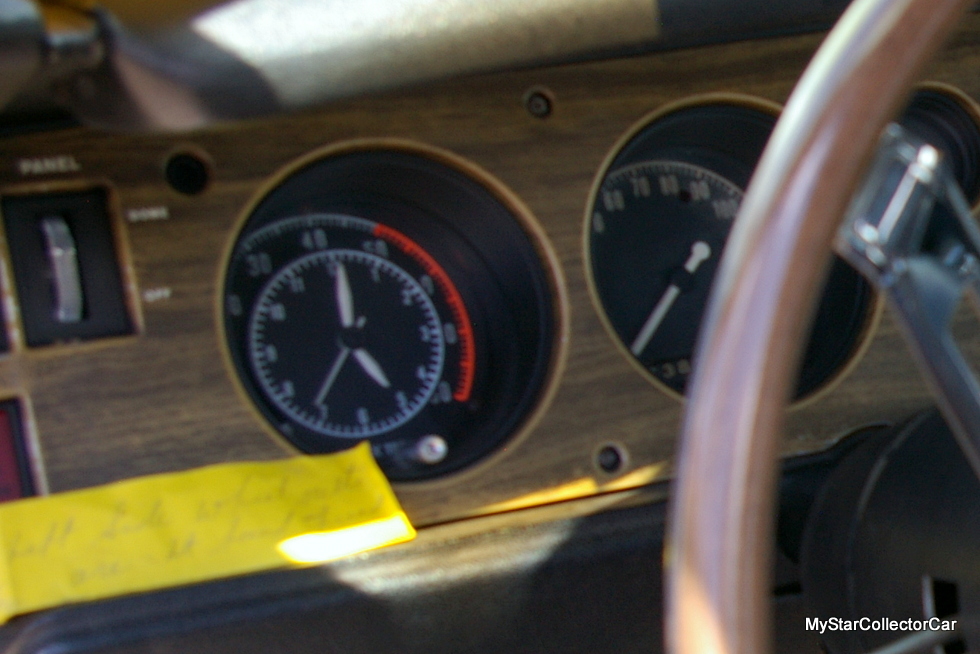 The 1970 GTX was offered with an 11-inch drum brake package that was inexplicably absent on Bob’s car so he replaced the 10-inch brake drums on the car with the bigger 11-inch drums. The big block cars are heavy and Bob wanted every possible advantage to stop the GTX (while remaining true to its original build sheet) when he chose the bigger drums. 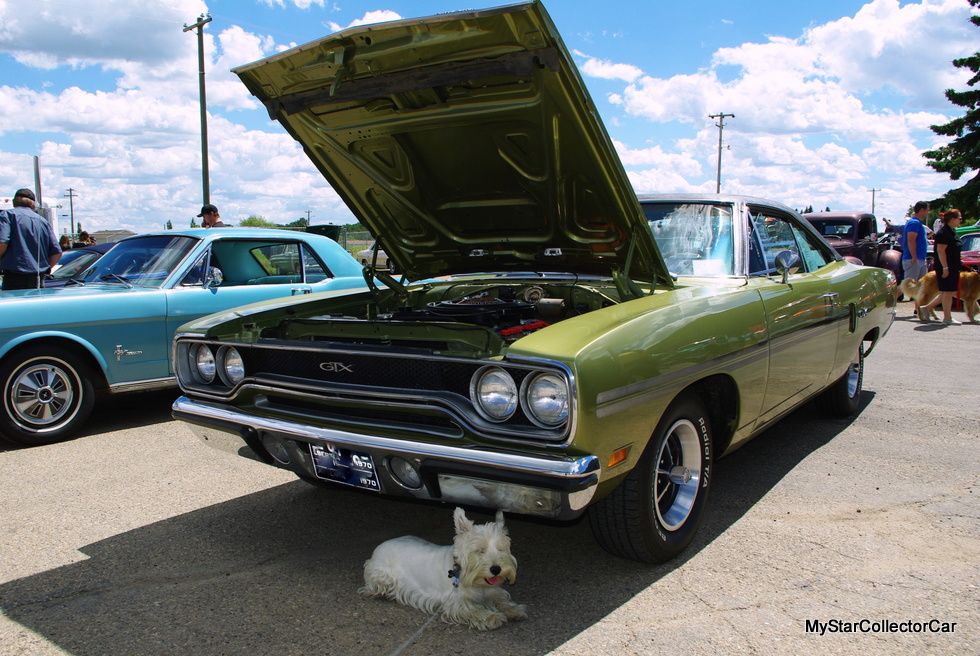 The car has been on the road for about 5 years and Bob enjoys every moment behind the wheel in his second GTX. The car is comfortable at higher speeds but is not exactly frugal when it comes to gas consumption. 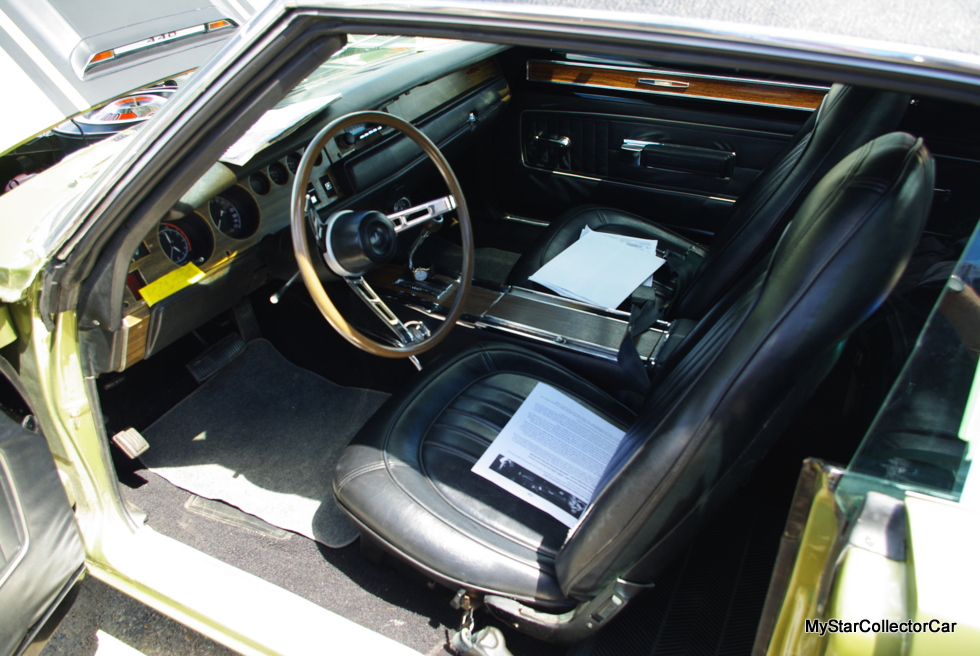 The Plymouth was built a few years before the Arab oil embargo made gas scarce and forced the pump prices up in North America. In 1970, a gas-guzzler was not as big an issue but the gas shortages put the big blocks in peril with consumers because of their poor gas mileage during the 70s.

Bob mentioned a road trip where he attended a car show in a town that was less than 240 miles from his home and could not make it to the show on one tank of gas in his GTX. 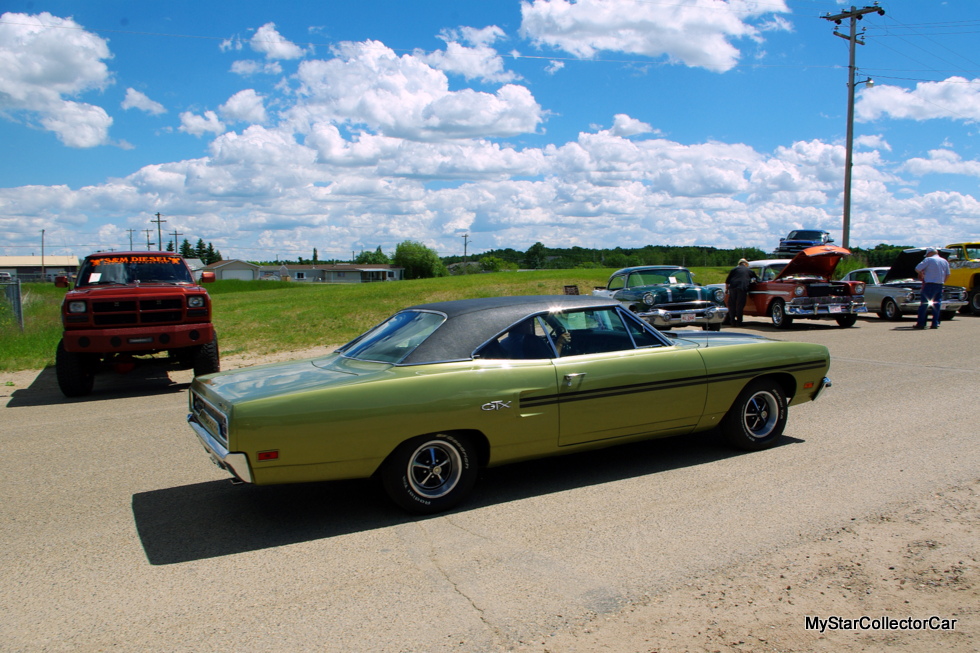 However, Bob bought his GTX for the purpose of a trip down memory lane to his youthful times with his first brand new car and fuel consumption is not a major component of those journeys for him.