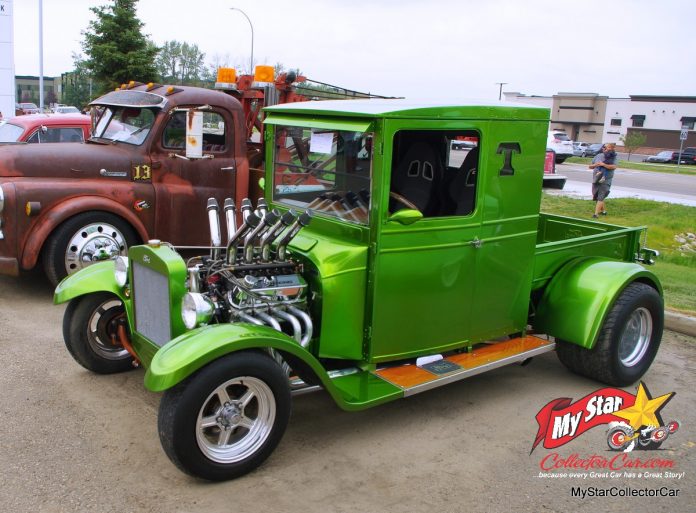 Henry Ford was a visionary when he created the Ford Motor Company and built an automotive legend known as the Model T.

Ford’s competitors had to employ more people to do the same job as his mechanized factories, only in a much longer time frame with nothing but fatter overhead costs and limited production at higher prices in their annual financial reports. The Model T was basic and affordable in its factory form, but eventually technology and advanced automotive engineering put the T on the shelf.

The once-plentiful numbers of Model Ts on the road faded in the rear-view mirror as faster cars whistled by them (both literally and figuratively speaking) in the hearts and minds of most pre-war car buyers.

The dawn of the hot rod era resurrected the Model T, although most of them were modified into speed machines with a minimal connection to Henry Ford’s vision of them. Nevertheless, the Model T was an affordable platform for the first generation of hot-rodders and these cats ran with the idea of a sleeker, faster T.

Jerry Cloutier is too young to be a participant in early days of hot-rodding, but he embraced their basic philosophy when he transformed his mild-mannered 1925 Model T truck into a raging beast.

The process began when Jerry discovered the picked bones of his Model T (basically a bed and a partial cab) and decided he wanted to breathe life back into the ancient truck. He bought the truck about nine years ago and embarked on a long seven-year custom restoration process.

The net result is a highly upgraded 1925 Model T truck that has some of the coolest custom features ever found on a vehicle from this famous Ford brand. Even the truck’s custom rear taillights celebrate its Model T heritage because they are shaped in a T, along with the unique one-of-a-kind floor shifter that also emphasizes its T roots.

Jerry also chose to use a beefy 427 Ford small block stroker in his build. Most car guys agree that an engine from the vehicle’s parent company is the right powerplant choice for projects, even though it is not an easy process in many cases.

The Ford engine has very cool state-of-the-art fuel injection stacks that have a wild retro hot rod look. The interior is custom-built and offers full gauges, along with race-style seats that can handle the new brute force under its hood.

MyStarCollectorCar readers will notice the small barrel at the front of the bed. Jerry explained how the stylish barrel is the housing for the truck’s battery, another excellent style choice for this highly customized rig.

Jerry put a Ford automatic 700 R-4 overdrive transmission behind the 427 to give the T plenty of velocity options on the road.