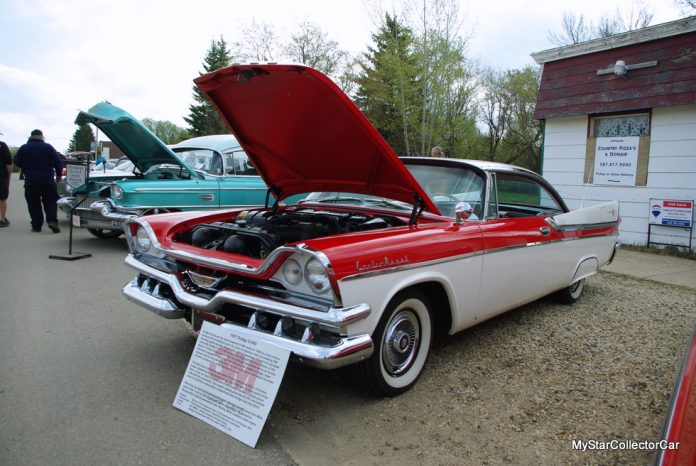 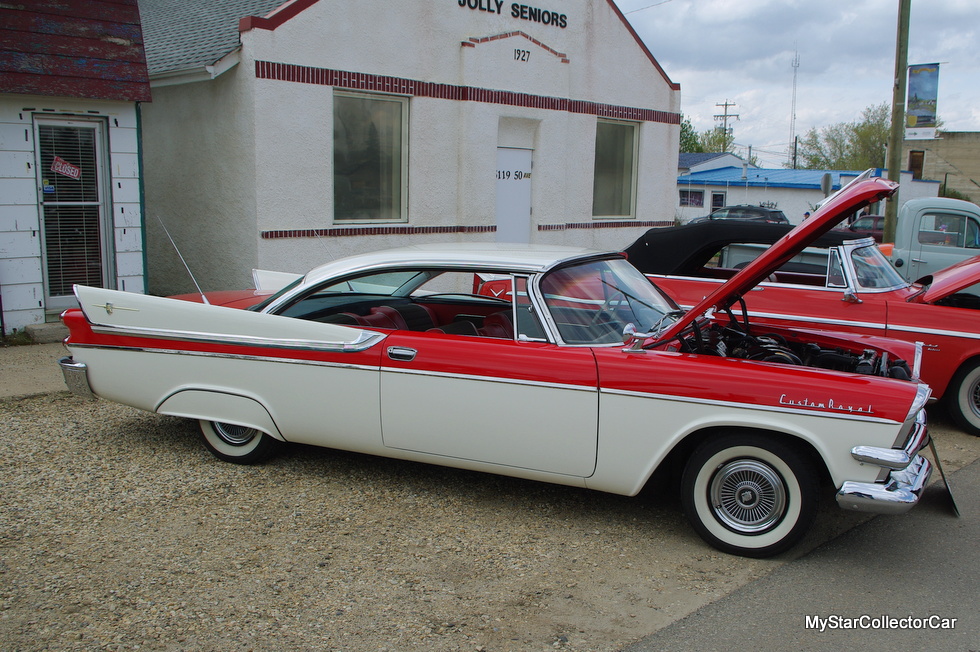 The 1957 Dodges never received the same press as the ’57 Chevys but they were a force 62 years ago.

These finned warriors were feared on the street in D-500 form as many would-be challengers found out the hard way back in ’57.

The game goes up exponentially when you add hemi power to the equation. 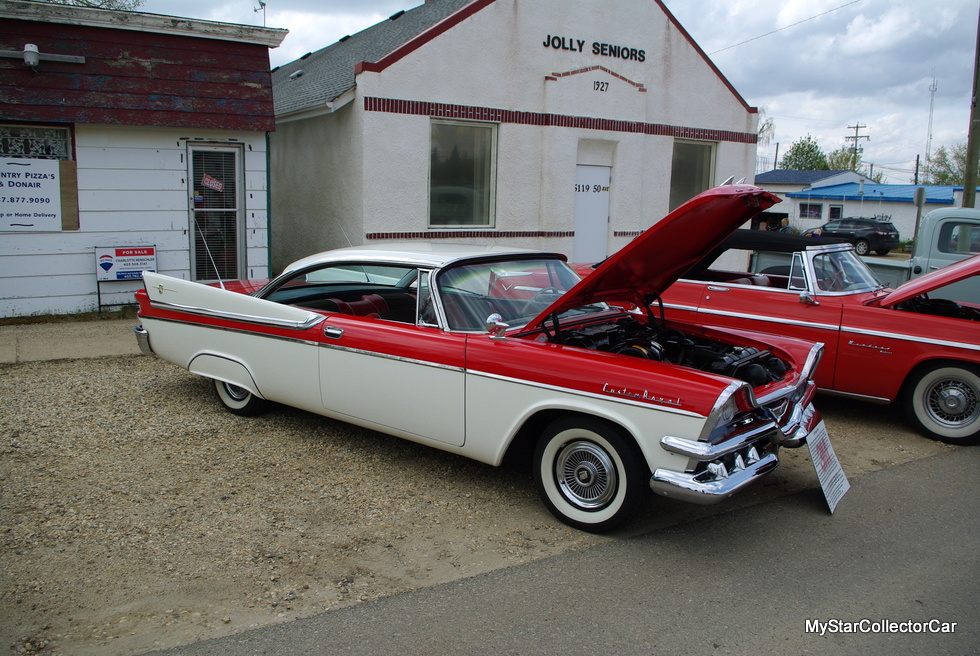 Ken Rice’s 1957 Dodge D-500 didn’t come from the factory with a ’58 Chrysler 392 cubic inch hemi under the hood but it has one now. The previous owner was the president of Penske Racing and they have a big connection to winning as part of their vast empire so that may have been a factor for the uptick in power under the hood. 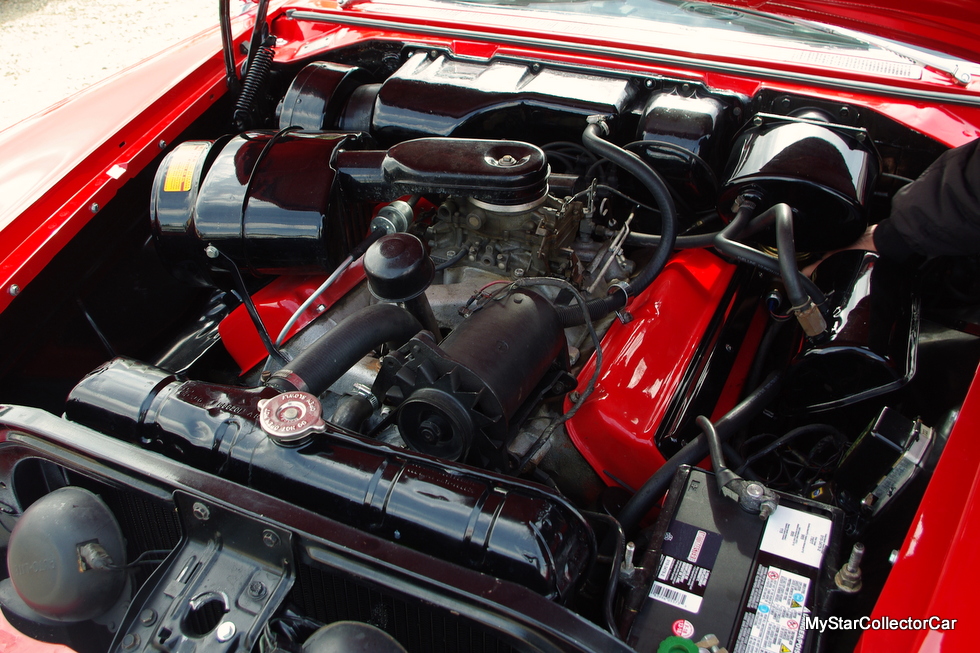 This car runs like a proverbial Swiss watch so the transplanted engine is a huge asset and that works for Ken because he is fond of cars that run exceptionally well. The downside of the car was the body because Ken bought the car after looking at pictures and it didn’t meet his expectations in any way. He said they “did all the work on the motor” but the cosmetics were less than satisfactory. 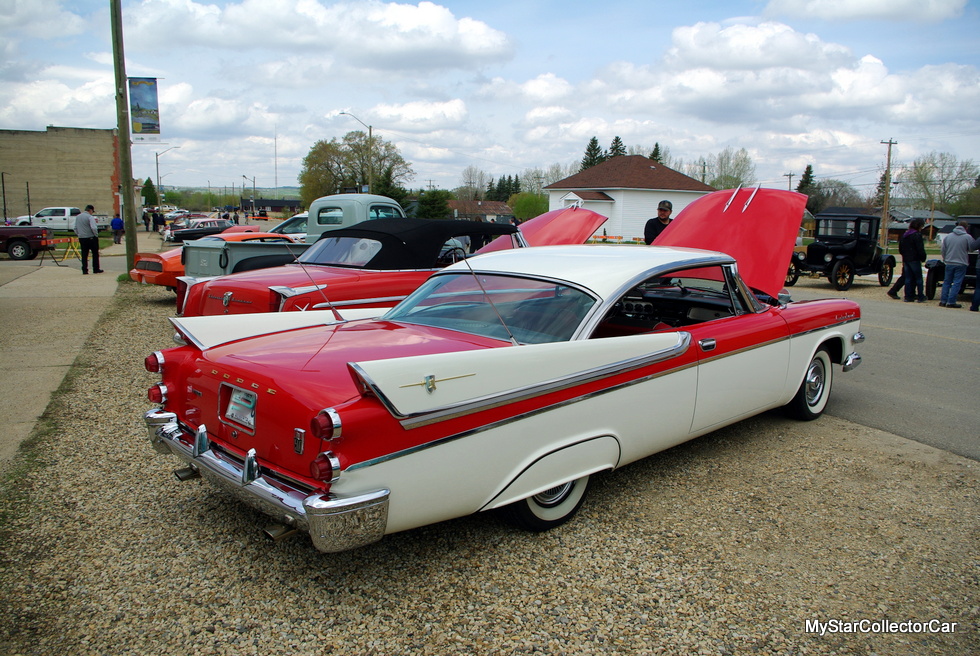 It was solid black and Ken found out it was originally a red and white two-tone paint job from the factory so he went back to the original combination. Ken said it also had some “pretty shabby bodywork” and he could see rivets through the paint on the driver’s side quarter so it took some serious talent to bring it back to factory fresh red and white. He said, “it’s eye candy now” so it was mission accomplished on the bodywork side. 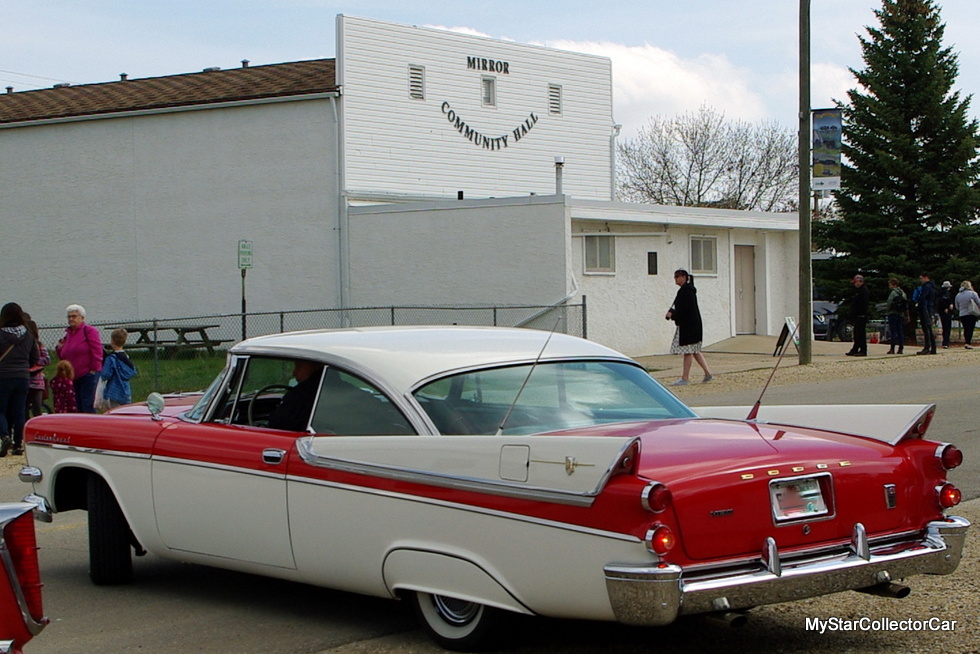 The extra effort was worth the pain because this is a spectacular example of Virgil Exner’s Forward Look. These cars had major fit and finish issues back in ’57 when they were introduced so nice examples are rare in 2019—but when they do make an entrance, they do with all the style of a Hollywood star from the golden era. 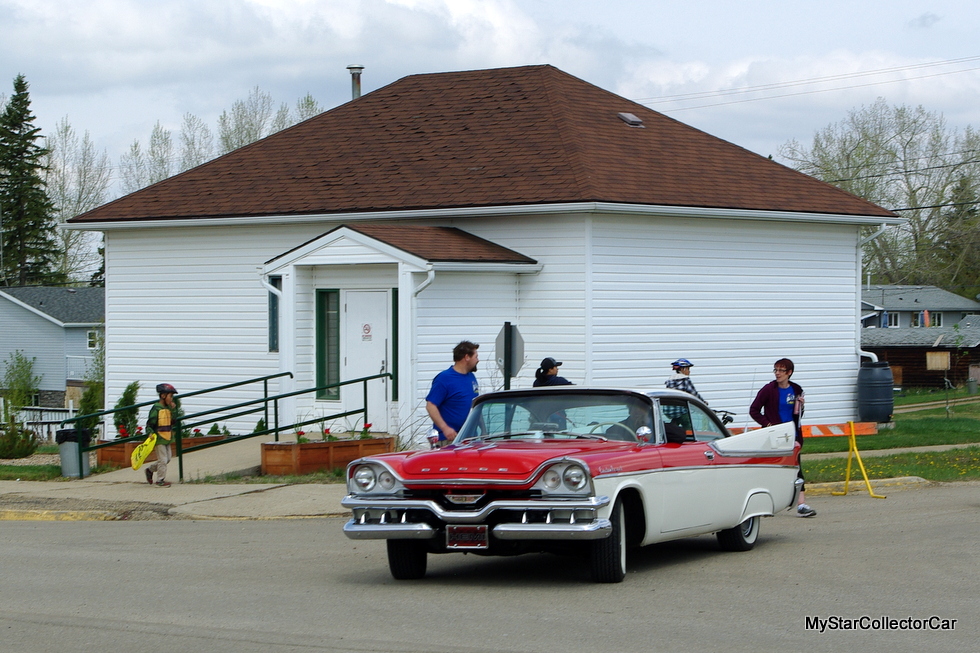 Ken is really happy with the D-500 but he’d like to tighten up the suspension a little because it’s a little soft. He’ll probably replace all the bushings because he believes that is where the issues begin and end with the ’57 Dodge. He also said the “brakes need to be set up a little better”. 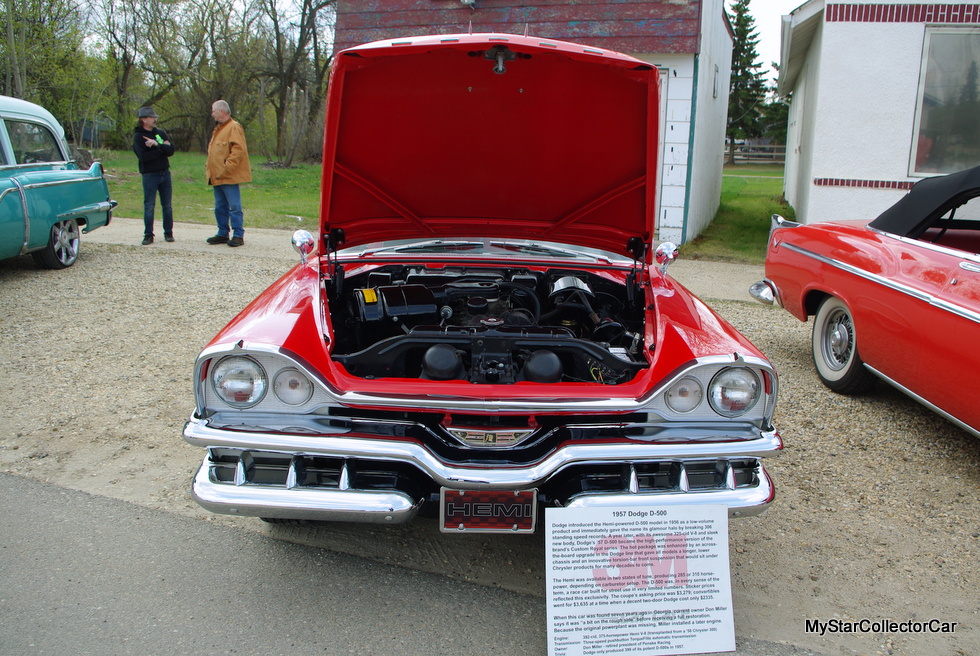 Despite the soft handling, he said the car “runs like a dream on the road” and the power is off the charts with the Gen 1 hemi under the hood.  The power comes with a price because this is a very thirsty car now—he estimated the mileage at “between 12 and 13 miles per gallon”. 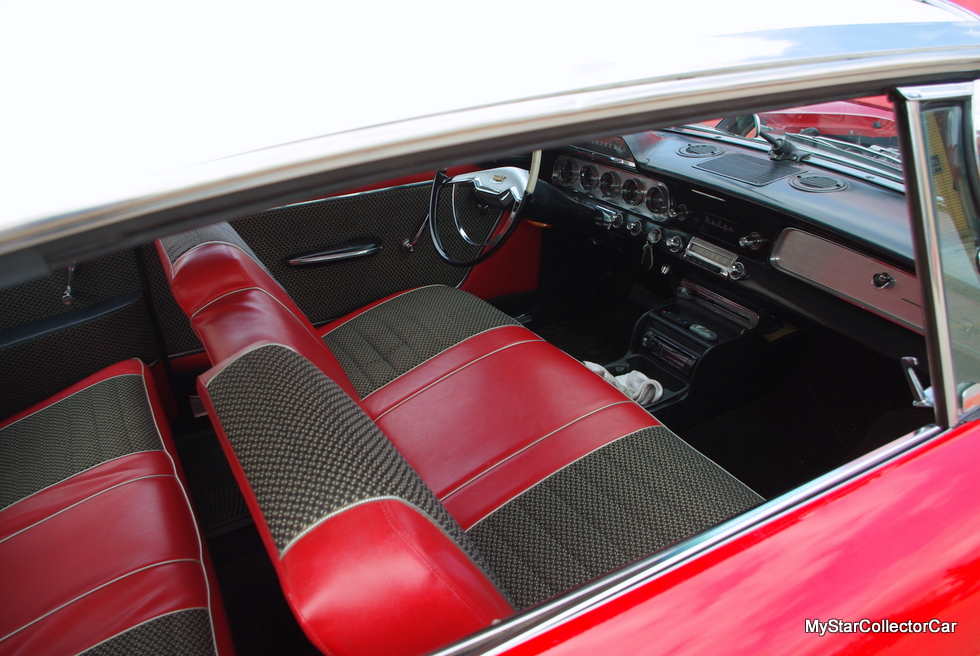 He’d like to make a few upgrades on the car—he’s seriously thinking about an electric fuel pump because this cars sits for extended periods of time and he’s not crazy about the minute or two of cranking to get it fired up. He’s also considering placing a factory correct poly Dodge engine back in the D-500—he has one in his shop but Ken loves the way the 392 runs so that swap  may be down the road. 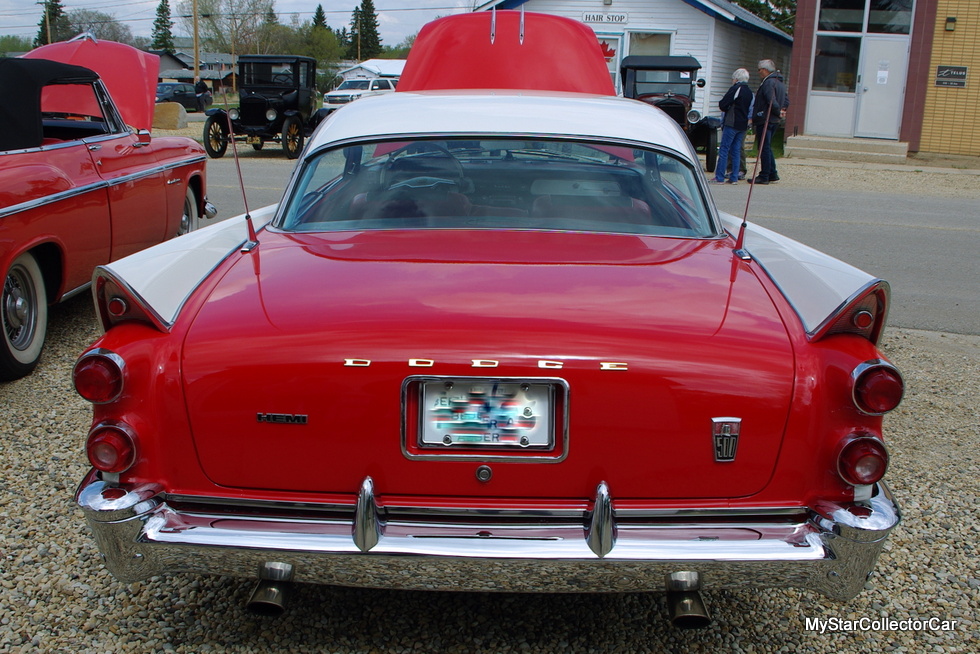 It’s rare and it runs great with hemi power—Ken has one of the coolest ’57 Dodges on the planet and he knows it.