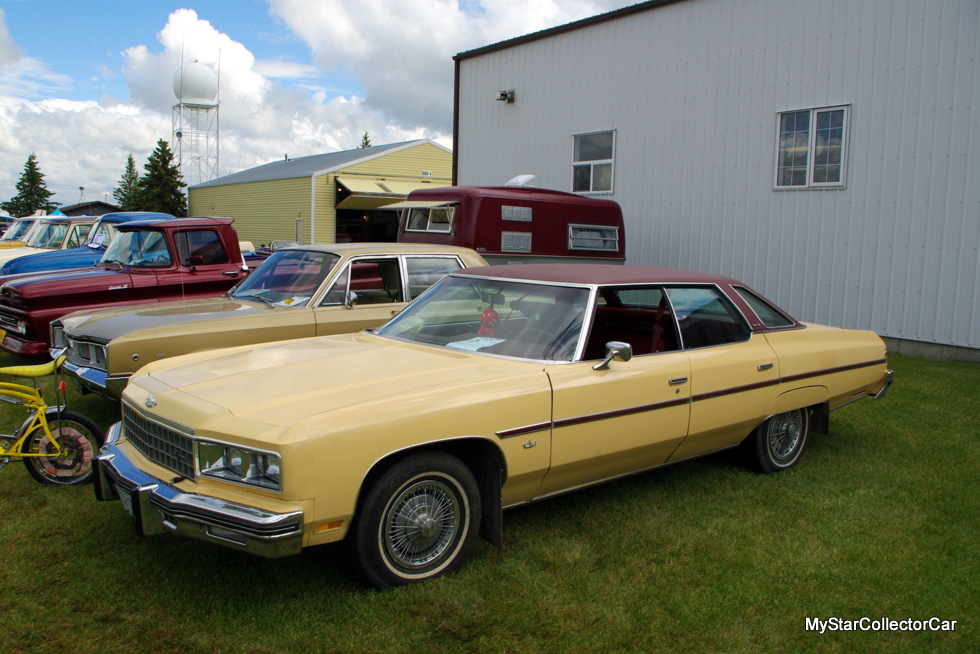 The styling change for the full-size Chevy was a year away, so 1976 represents the last of the giant sedans. 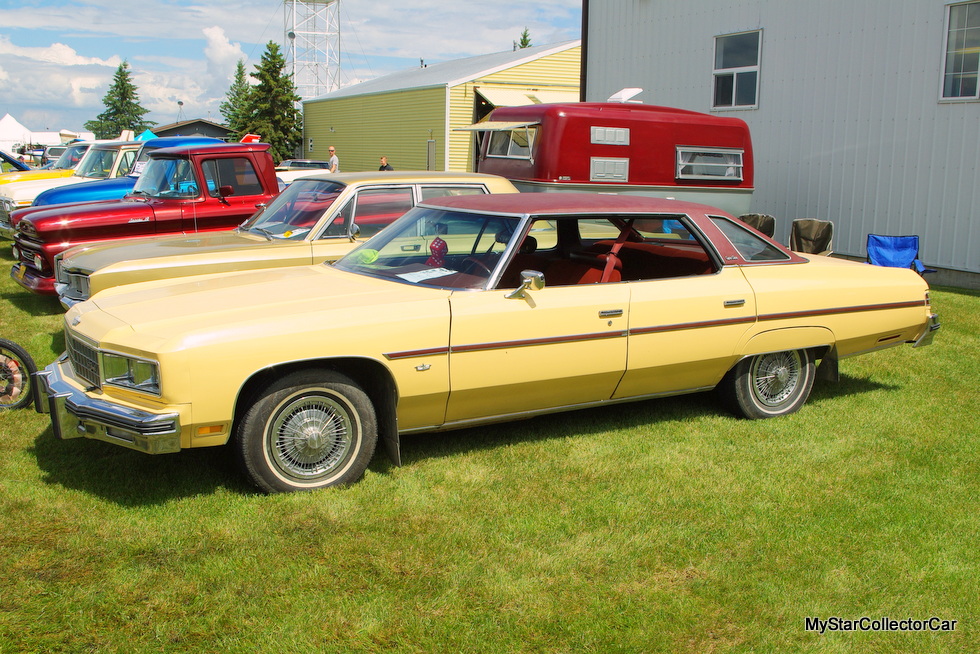 Bryan Svendsen is the current owner of a 1976 Chevy Caprice-and the 20-year-old car guy is only the second owner of this classic car from the Me Decade. The former owner of the car bought the car brand new for his wife and she enjoyed the Caprice until she passed away. 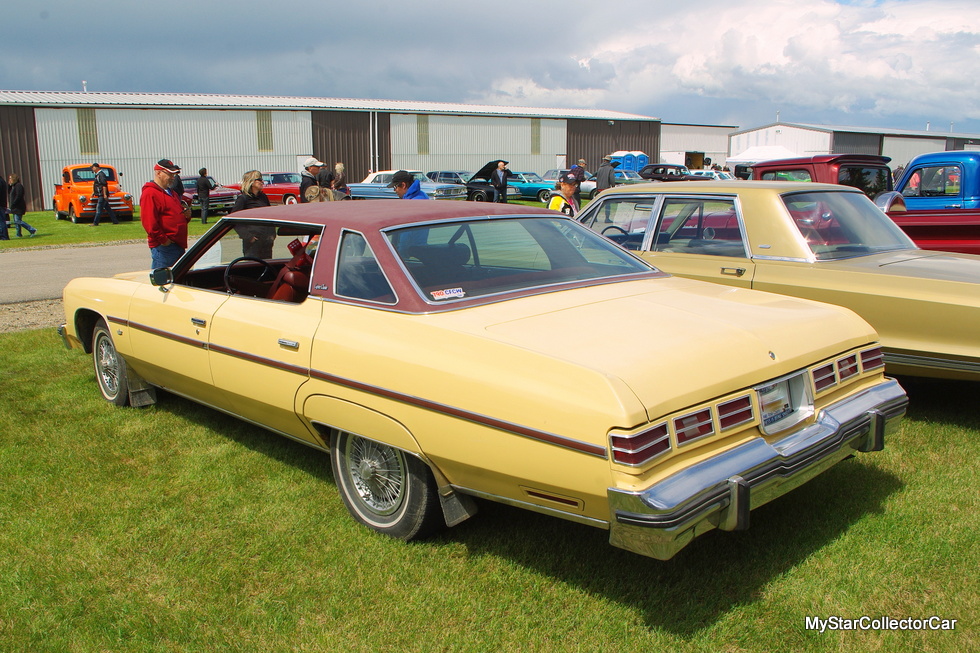 The former owner could not bear to part with the car because of the strong memories about his late wife as the Chevy’s main driver, so he held onto the Caprice for the next 38 years until he could no longer drive it. He was a reluctant seller and wanted the car to go to a responsible owner. 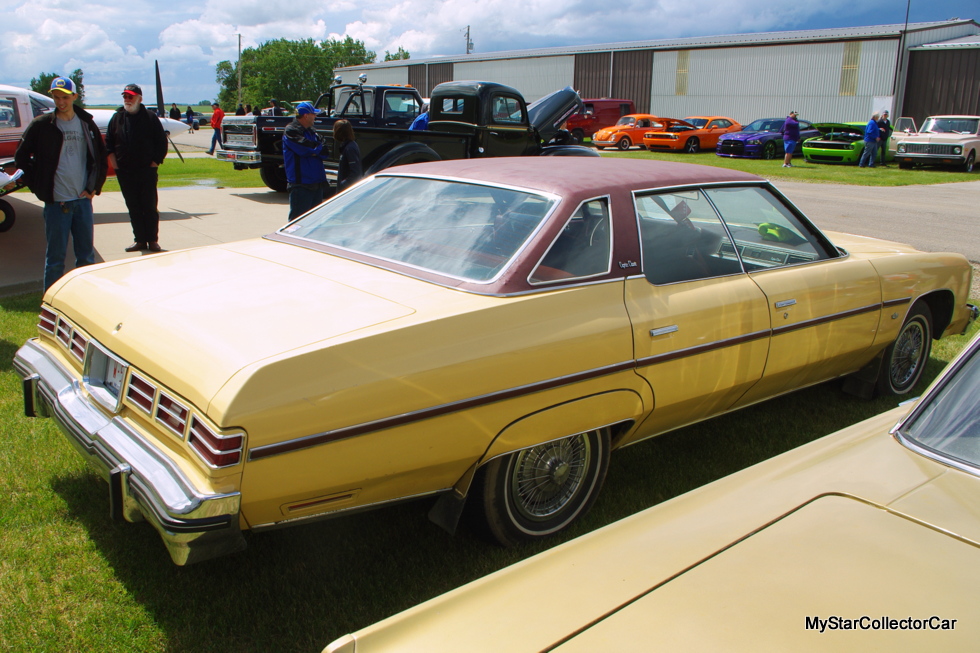 Bryan was only 16 when he and his father Grant met the first owner of the car in 2014. Grant described the encounter as an “audition” because the first owner wanted to sell the Caprice to somebody who would keep the car in its original condition.

Grant assured the previous owner that he and his son Bryan would honor his wishes and keep the car in its original condition as much as possible as part of the sales agreement. Grant promised the 42-year-old sedan would not get slammed, bagged, tinted windows, and a giant sound system in the trunk under Bryan’s watch. 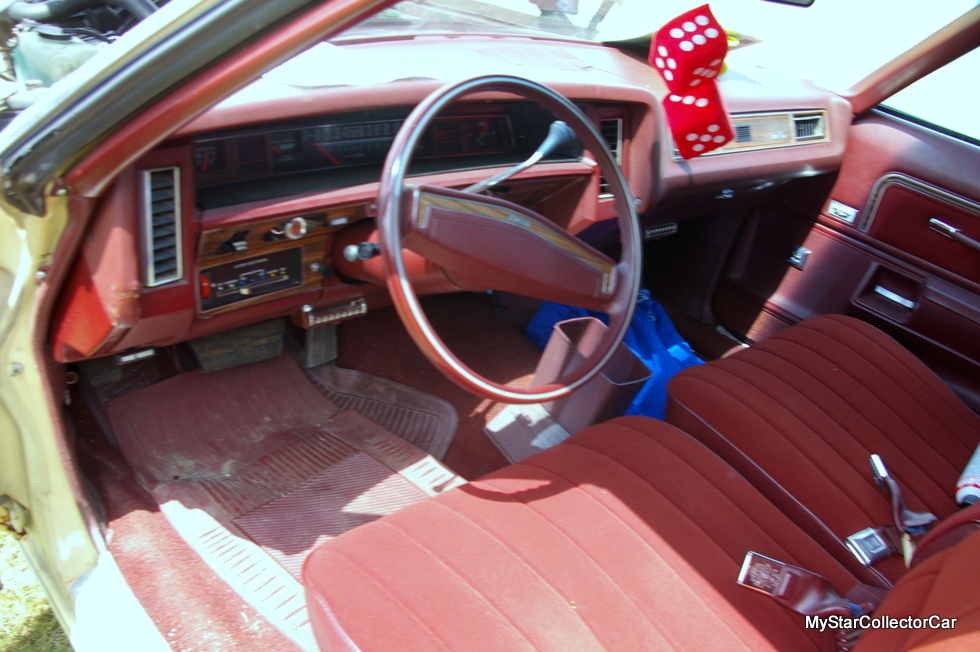 Grant believes “we keep trying to get rid of our history”; and the Caprice represents a significant example of a bygone automotive history when the big sedan was king of the road. 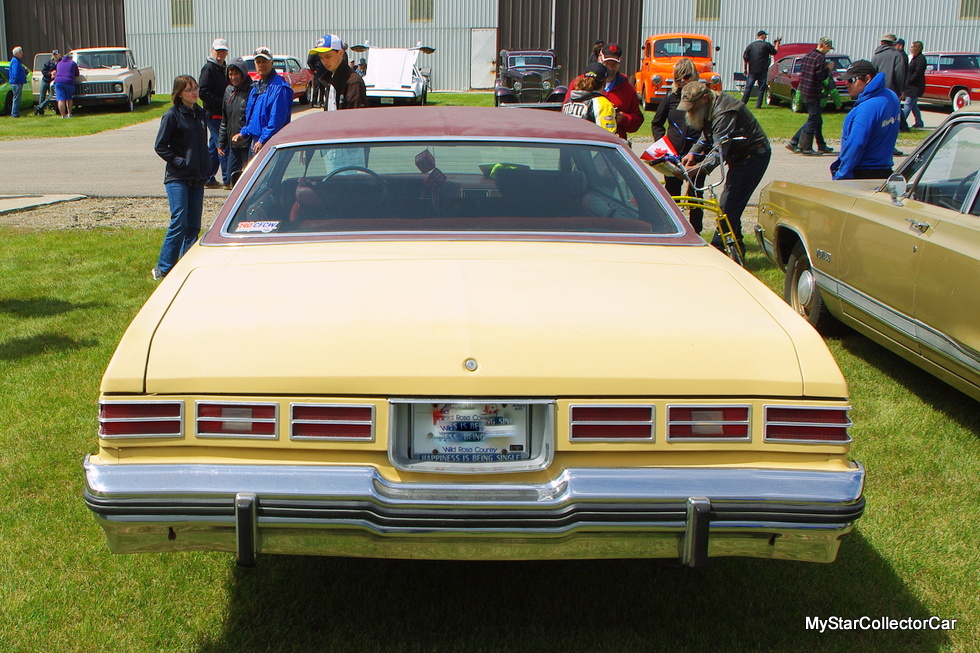 The only change to the Caprice was an engine swap because the original 400 cubic inch small block had blown up and was replaced by a 350 crate engine. The new engine bolted right up to the car’s original Turbo 400 automatic transmission. 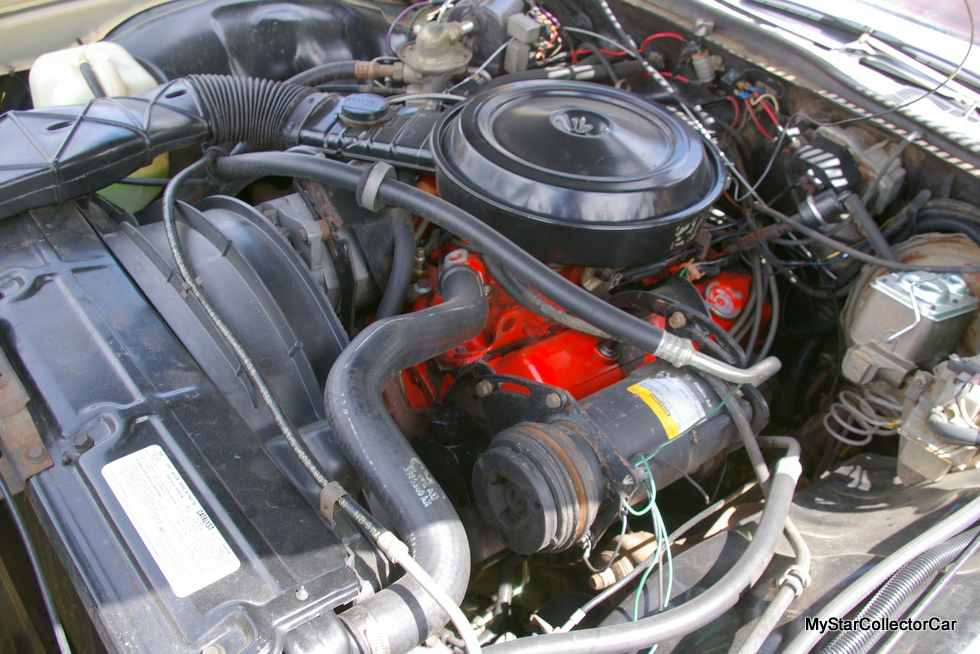 The ’76 Chevy offered a level of assurance to Grant that his son was well-protected by the sheer size of the big car. Bryan said the only missing item on his big Chevy was air bags because they were not an option for the car in 1976. 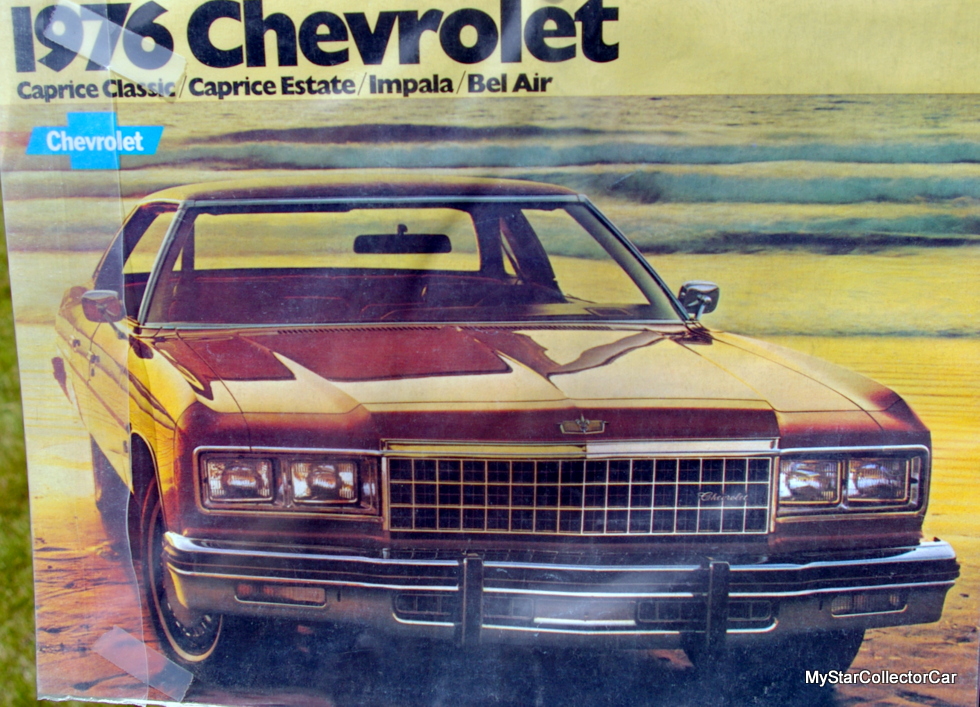 Bryan was only a teenager when he became the Caprice’s second owner but he had already owned a smaller and newer car before he got the big Chevy from the 1970s. 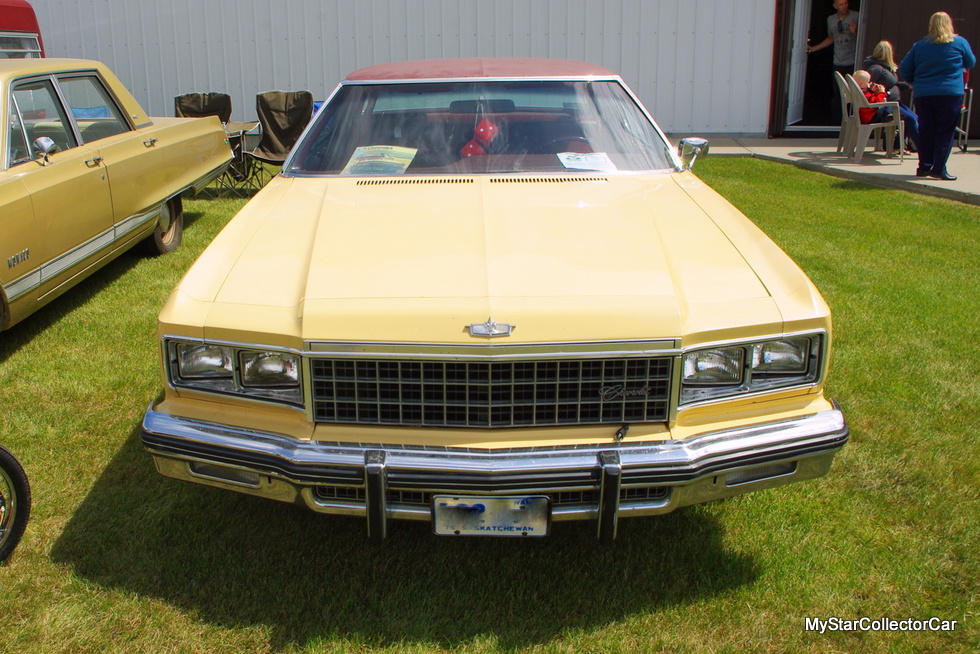 He noted the driving comparison between the two very different cars includes very different handling experiences. The big Chevy “rides like a cloud”, according to Bryan, and has all of the creature comforts that were available when his car was built long before Bryan was even born. 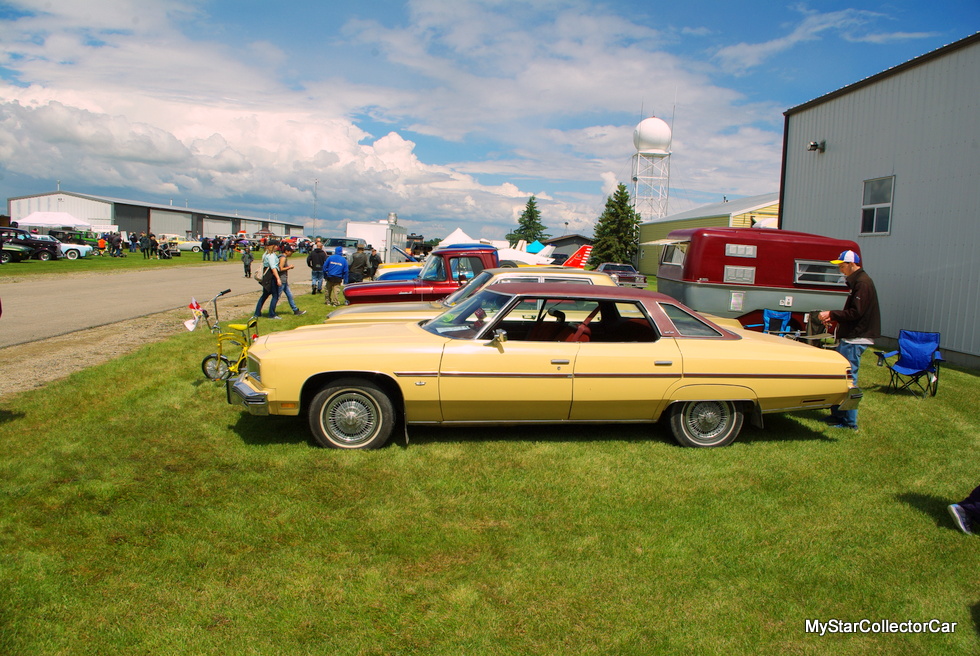 Bryan truly enjoys his driving experience in a car that comes from a time long ago in history for him because of his age. As a father, Grant has influenced him about the importance of history and the Caprice represents everything that is cool about a bygone automotive era for both of them.