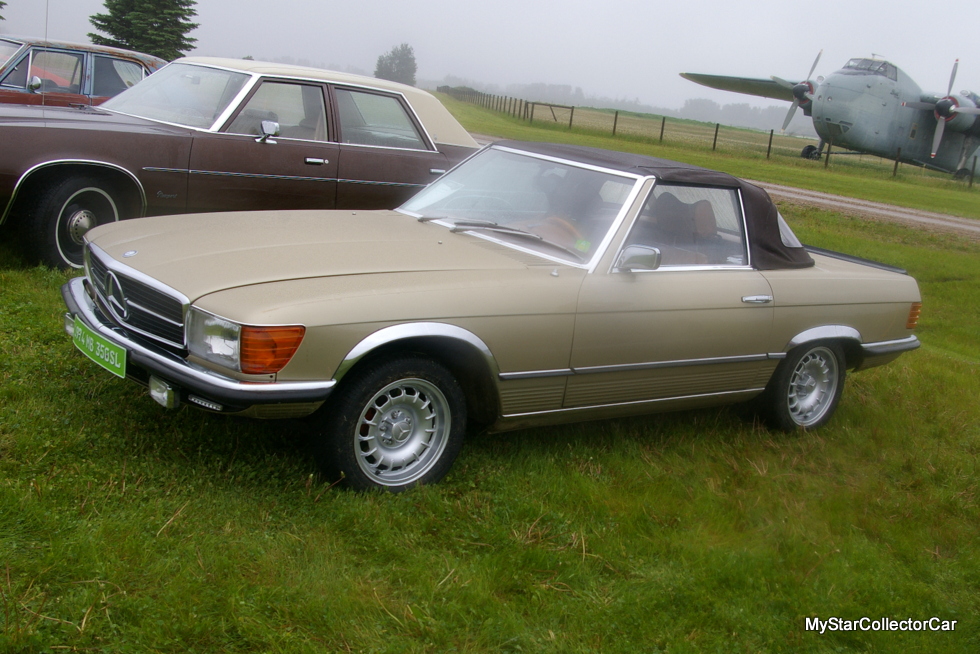 There have always been differences between European and North American models of the same car and Mercedes was no exception to this rule.

The differences were even more pronounced in 1974 for the Mercedes 350 SL two-seater model.

The Euro version looked better because it was allowed to run with rectangular headlights that really enhanced the overall style of the car.

On the other hand, the North American versions were saddled with state-mandated dual headlights that offered less candle power and a plainer appearance to the 350 SL. 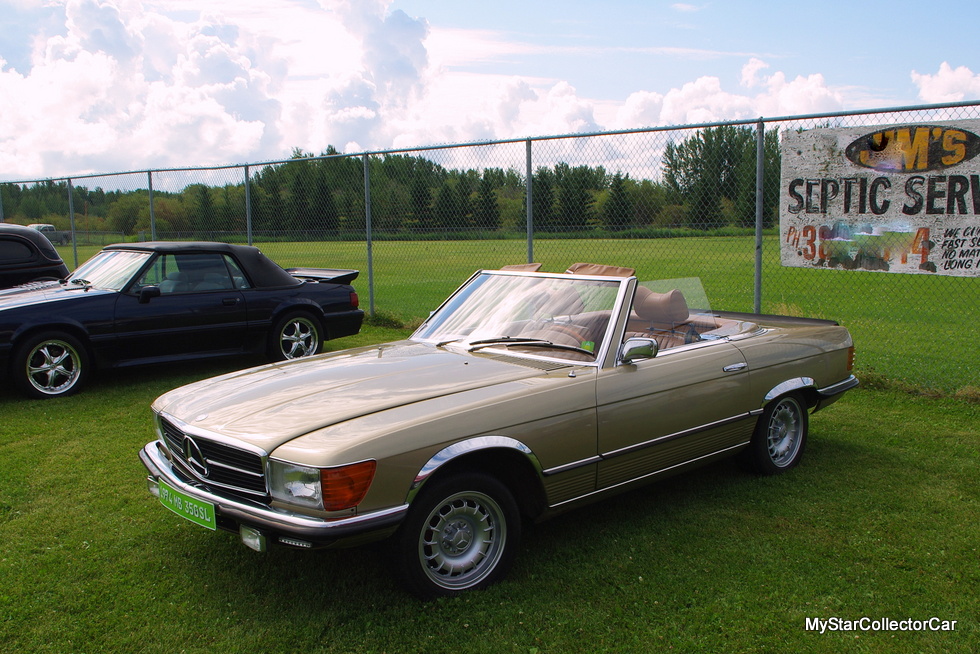 The well-engineered rectangular headlights were better for night driving and also made the Euro versions look better in the bargain. None of this logic mattered to the bureaucratic geniuses in the US government who decided to make a rule for the sake of making a rule.

The other big difference was the 1973 bumper car rule in North America which mandated that a car should be able to withstand a 5 mph crash with no damage. This rule added ugliness to many cars in the 70s, including German imports like the Mercedes 350 SL. 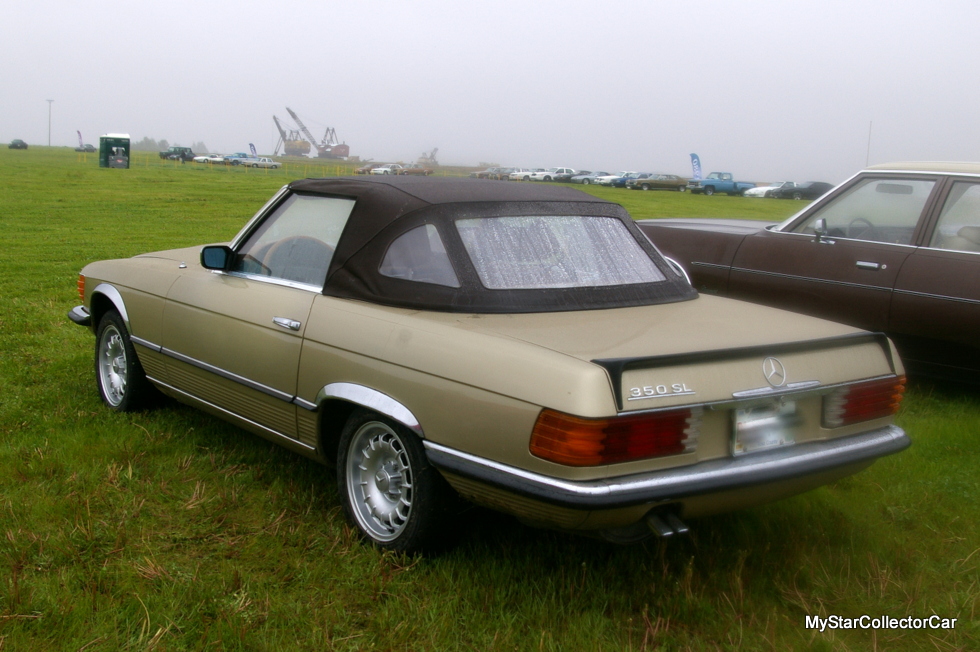 Meanwhile, the Euro version was able to use a sleeker bumper that suited the car and gave it more style. The big problem for North Americans who wanted the European version was the big import barrier in front of them. 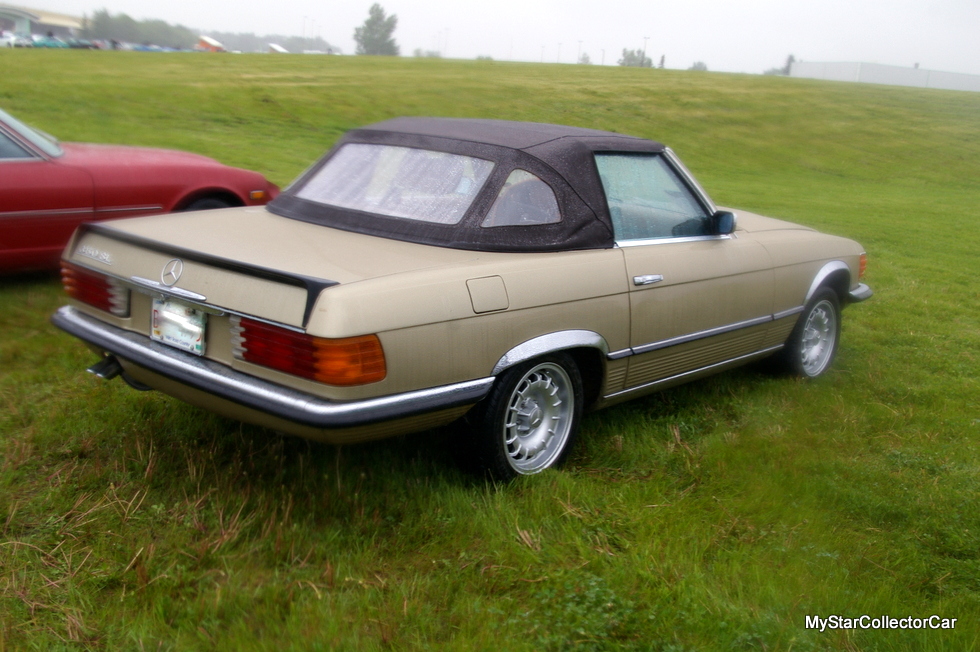 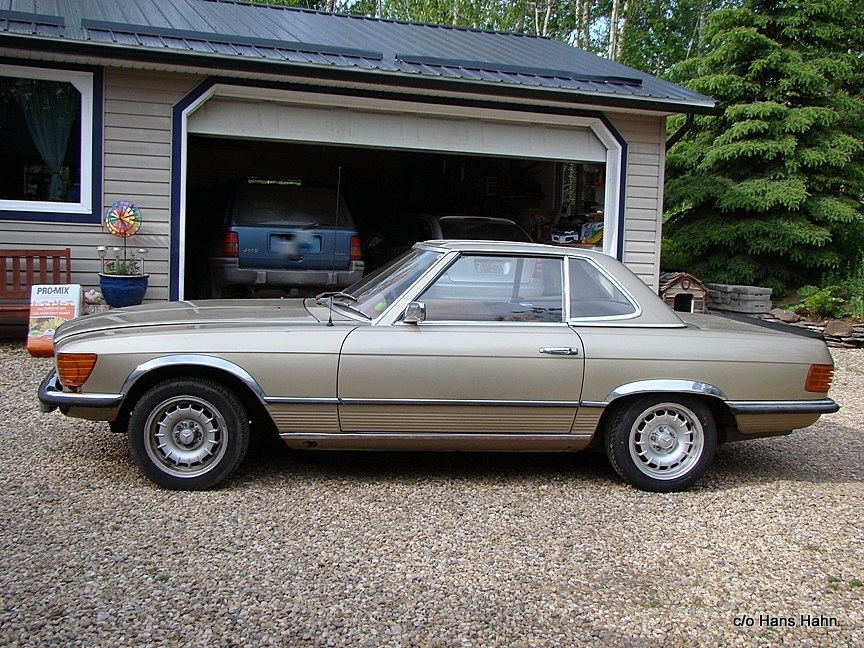 The serviceman and his car eventually ended up in Canada after his tour of duty ended in Germany. The owner drove the car for many years until it needed work and then he parked the Mercedes.

Hans Hahn is a German-born Canadian who was a big fan of the Mercedes 350 SL and wanted to own a Euro version. He found the Euro-built ’74 350 SL and knew he had to own the car, despite the ravages of time on the car. 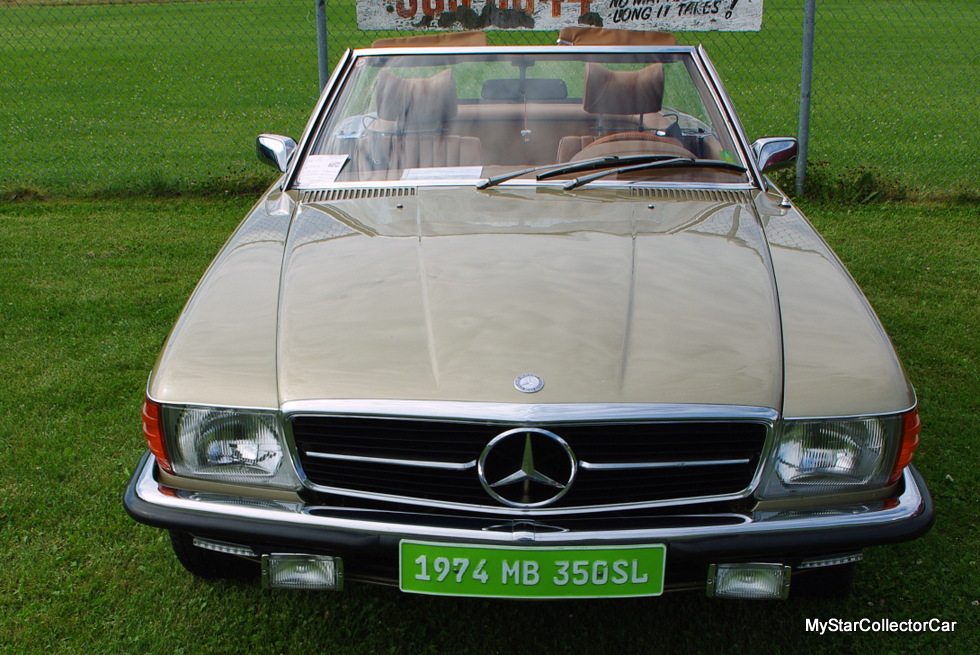 The car had been parked for over two years when Hans began a major restoration effort to restore the Mercedes to its former glory. Hans is a hands-on guy who tackled the most of the restoration himself because “when you’re retired, you have lots of time”, in his words. 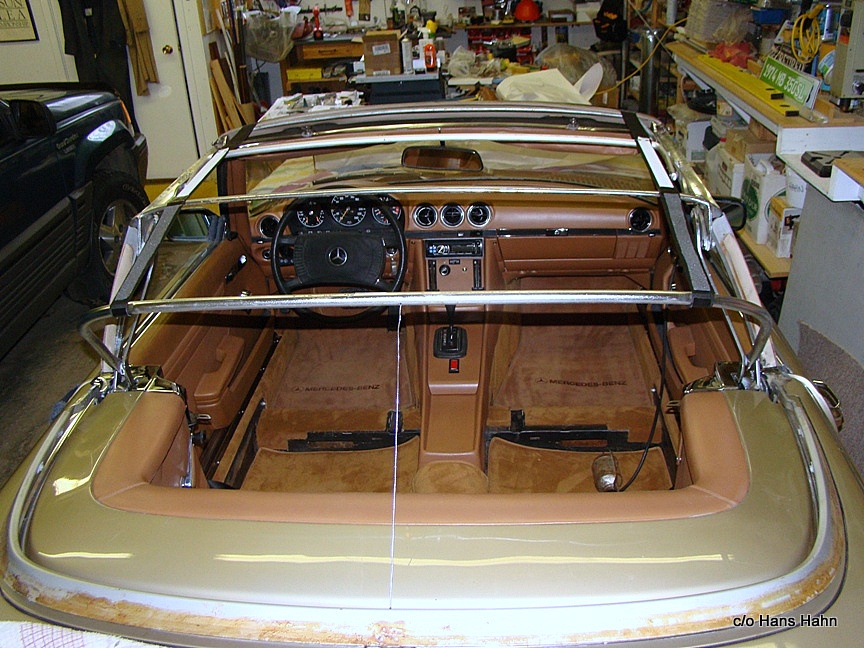 The dash was a mess, and so were the seats which Hans said were rough because of the deterioration of the original horse hair used as cushion in them. In fact, Hans had to completely strip out the interior in order to restore it back to its original elegance. 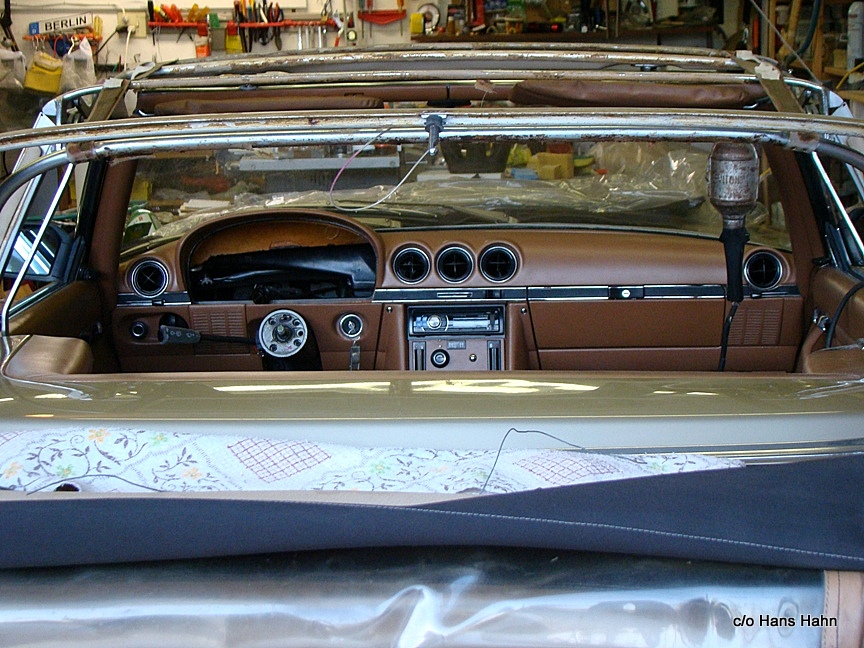 The fuel injection system was also in dire need of repair so Hans replaced the worn components to bring the Mercedes back to factory performance. 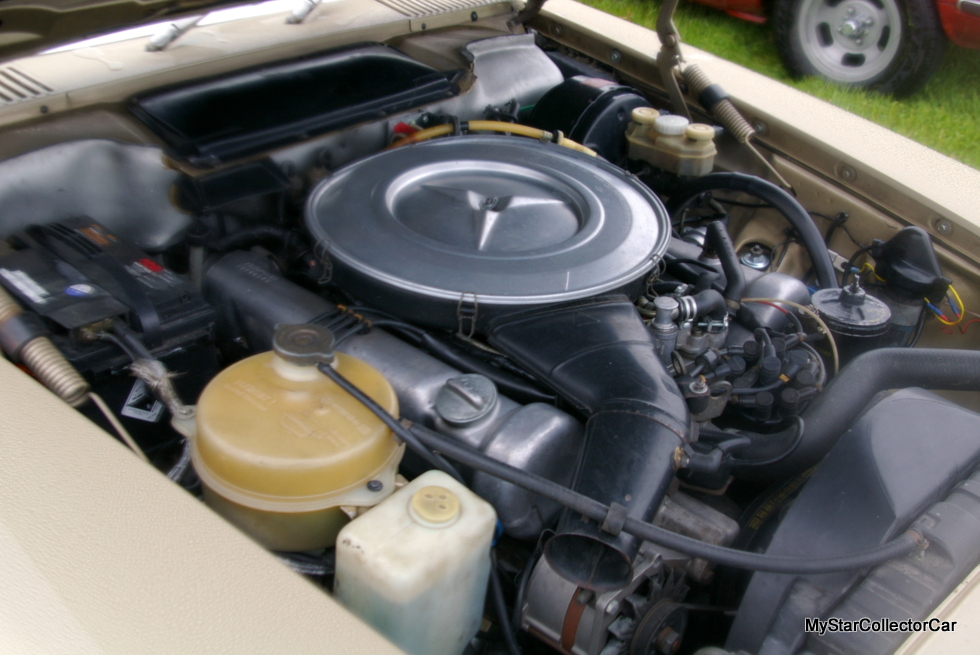 The exterior of the car was good and Hans believes the Mercedes was repainted at some point in its past.

The restoration is now complete and Hans can enjoy a dream car from his younger years. Hans is very impressed with the 350 SL’s performance and loves it best when he can drive it with the top down. He added that it is “beautiful to drive” and “sounds good when it’s running.” 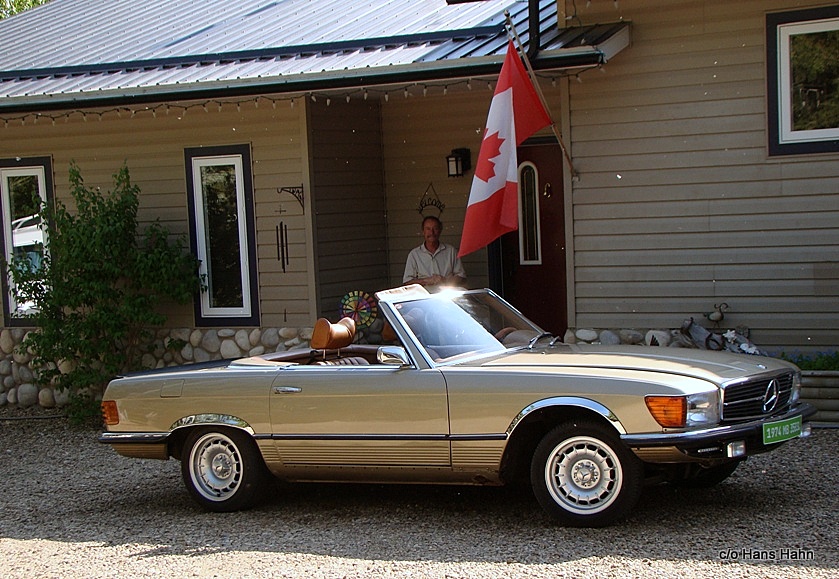 The car is a three-speed automatic and Hans admitted that he has driven it at speeds that we will politely describe as Autobahn-like on the odd occasion.

Hans is not sure how many of these cars are even in North America but he is certainly grateful to be the proud owner of a Euro-version 1974 Mercedes 350 SL.