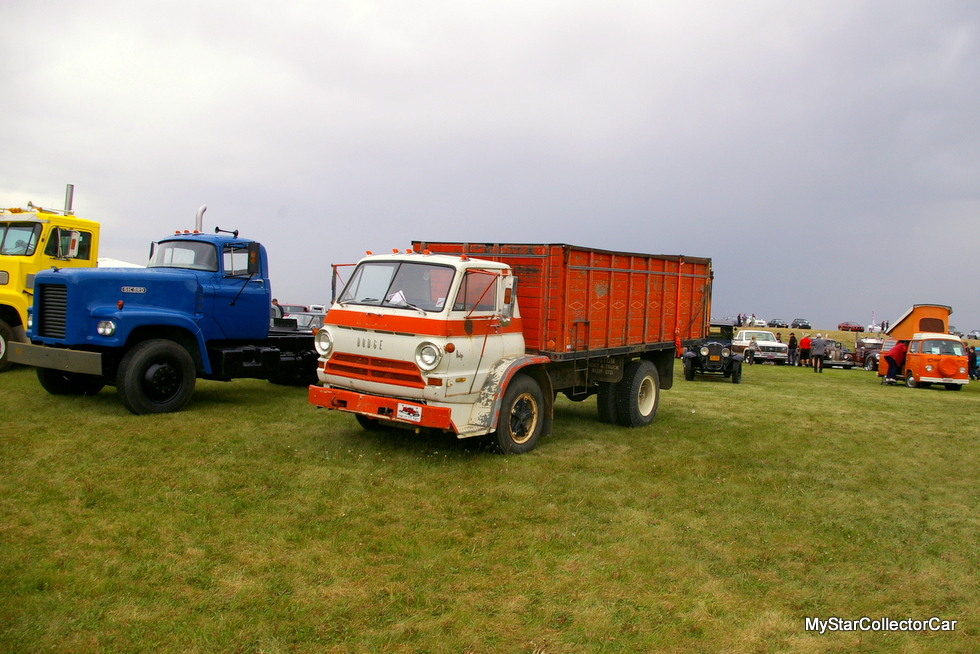 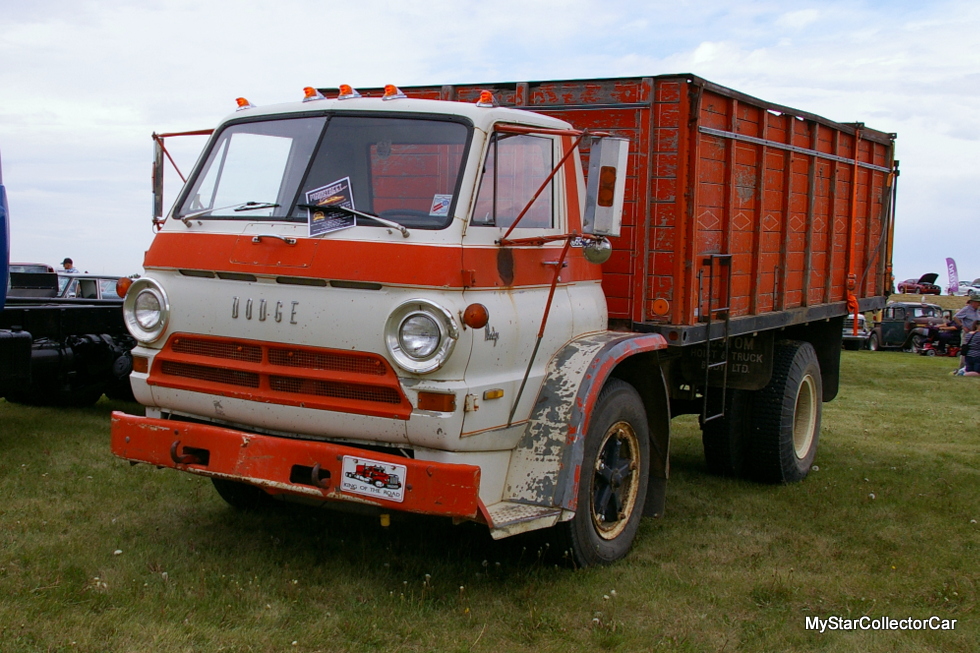 Dave Kirk was an impressionable young kid when he became a fan of the unique Dodge L-600 medium duty 3-ton truck.

The big workhorse resembled an A-100 model on excessive growth medication and Dave was already a fan of Chrysler’s flat-nosed van/pickup truck from the 1960s.

Dave built three models of the L-600 trucks when he was a youngster and wanted to own one at some point in his adult life. 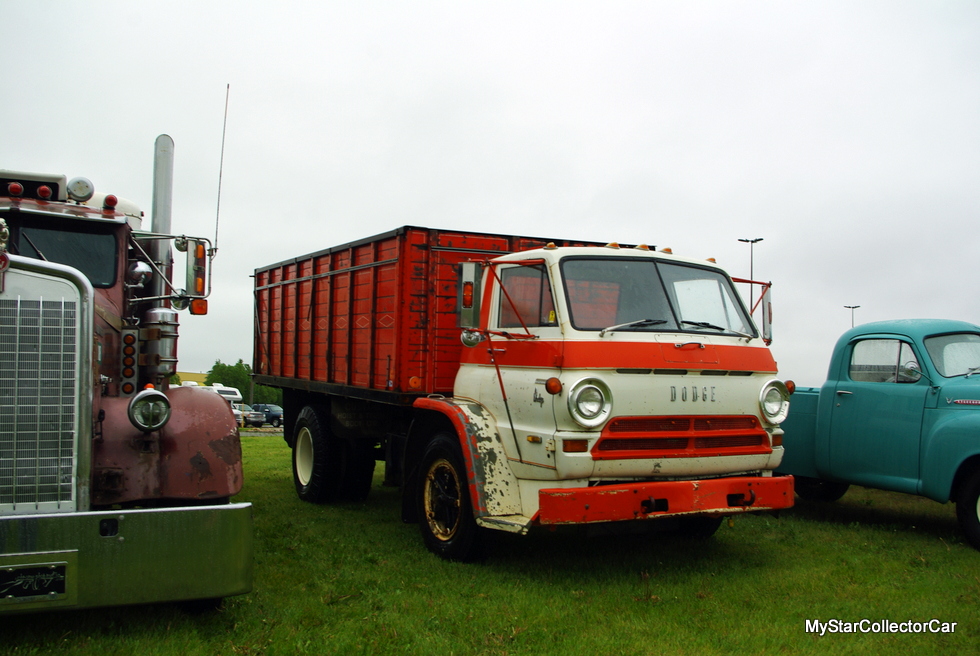 Dave noticed a 1972 Dodge L-600 at an agricultural tool and implement operation within an hour of his home and kept track of it over the ensuing years. Eventually the truck went from garbage-hauling duties, to storage behind the shop, and then banishment to the company junkyard. 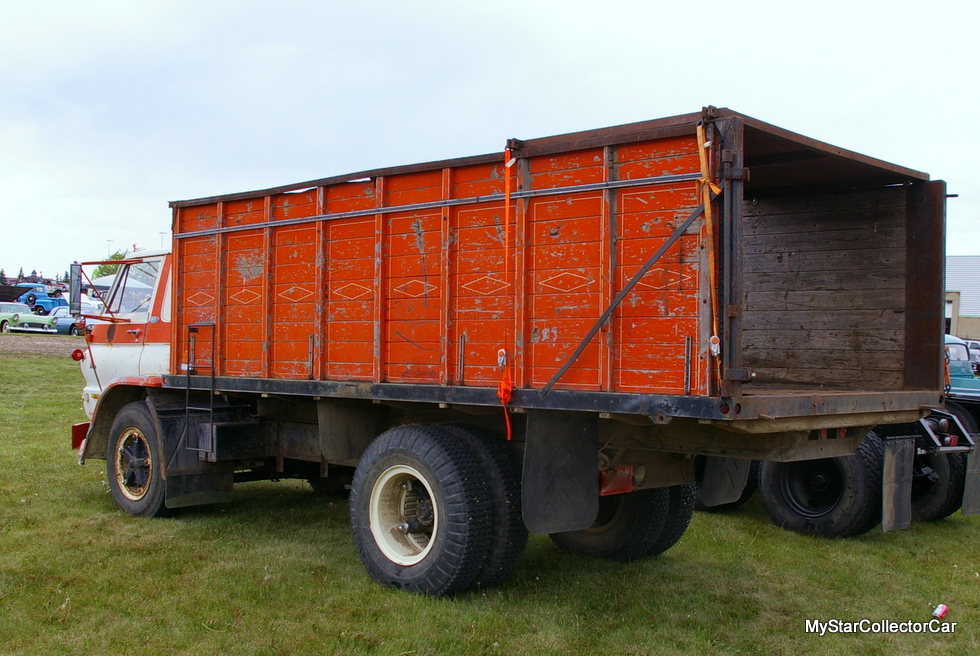 Dave decided he needed to rescue the L-600 from a very uncertain future and bought the big truck. Dave is now the fourth owner of the truck and was able to learn about its history prior to its last stint as a garbage truck.

According to Dave, the first owner purchased the truck to haul used tires and eventually he went broke along the way. 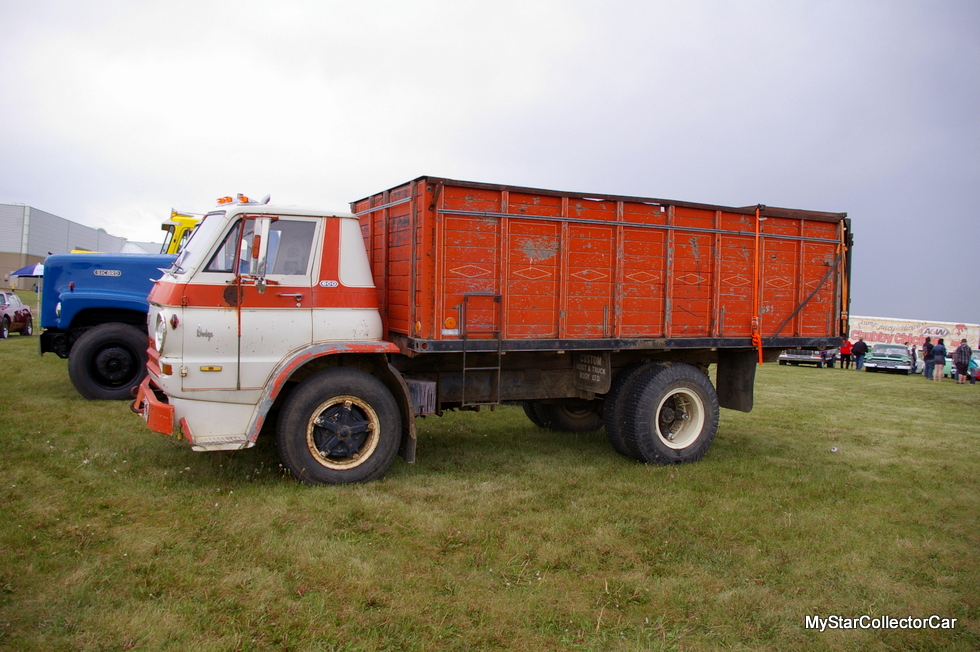 The second owner bought the 3-ton truck to use on his farm and put the truck’s current box on the back end of the truck. He used the Dodge truck for a number of years of hard work before the second owner traded it for a horse trailer to the third owner/company that used the truck whenever they needed a garbage run to the local dump.

The truck needed a few mechanical repairs while it was the property of the third owner/company and eventually it did not meet their bottom line for any further investment in it. Consequently their number crunchers moved it from asset to liability and banished it from active duty. 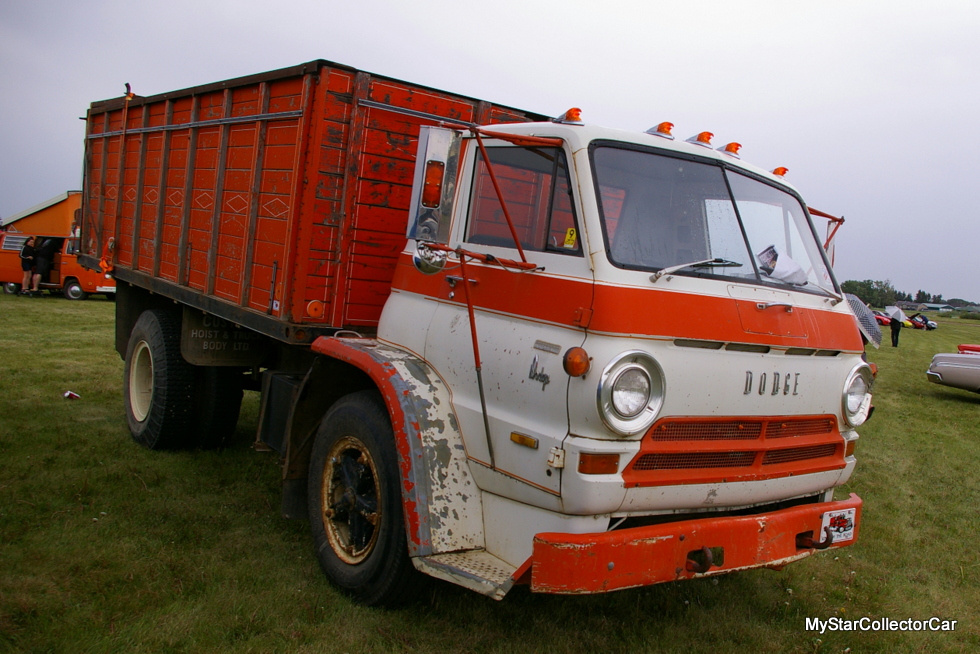 Dave was not concerned about the mechanical issues because he knew he could repair and replace any of the worn or missing components on the L-600. Dave spent his time as a kid building models of the truck and now he had his opportunity to own a real version. He seized the opportunity.

Dave fixed all of the mechanical problems on the L-600 and drives it whenever he has the opportunity. The truck has a 361 gasoline engine and no two-speed rear end on it-so Dave has a little trouble pushing it past 40 mph on the road. 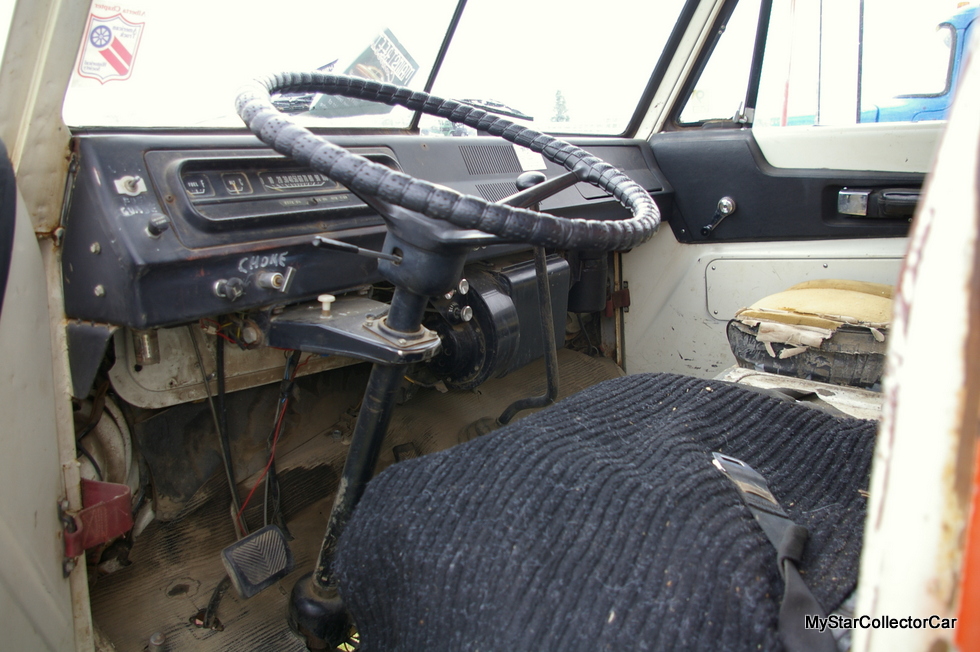 Dave recalled a memorable incident in which his slow truck backed up traffic in a big way on a local two lane highway. He pulled over every 4 miles and allowed frustrated drivers to get by him; but eventually he was pulled over by the police for driving too slow in the big truck. 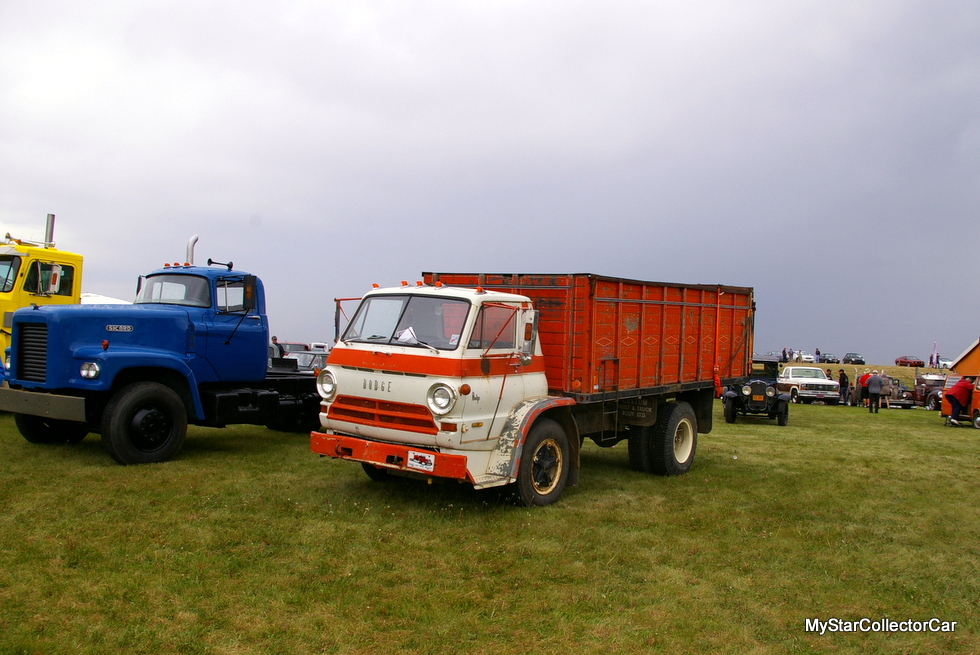 The L-600’s list of duties with Dave are pretty light: it needs to be a conversation piece at shows and haul the occasional load of hay bales (2 loads in 2017). 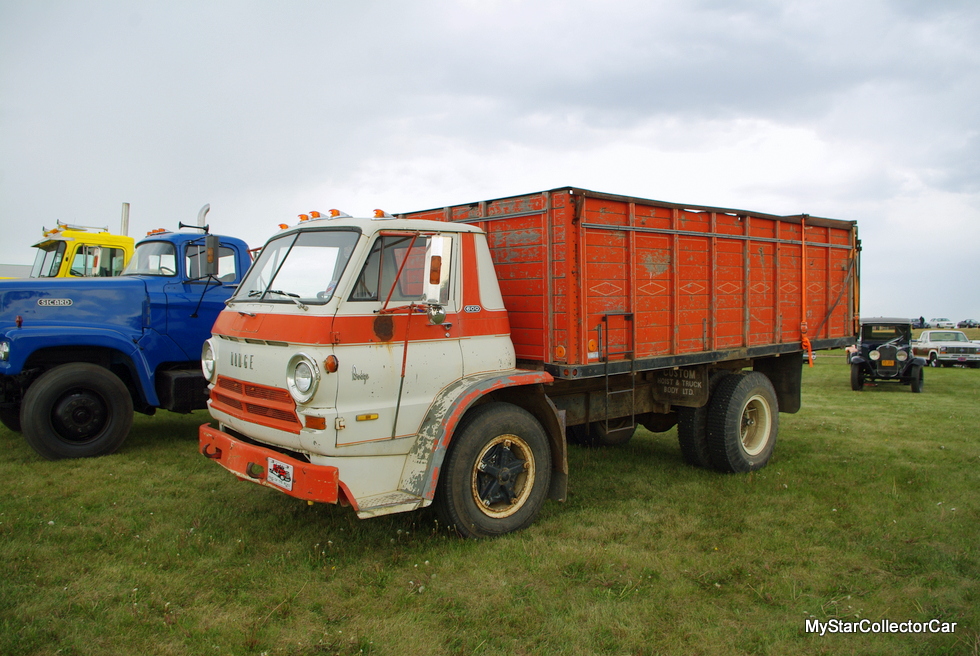 MyStarCollectorCar wants to give Dave the final words on his very cool 1972 Dodge L-600 3-ton truck: “It called my name for a lot of years”-and he was finally able to answer that call.