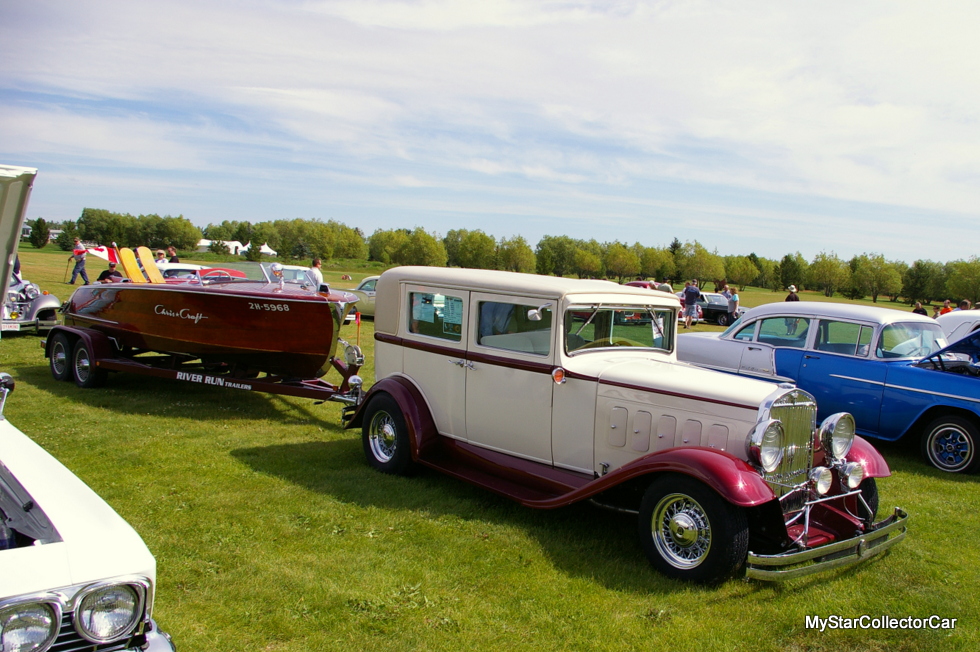 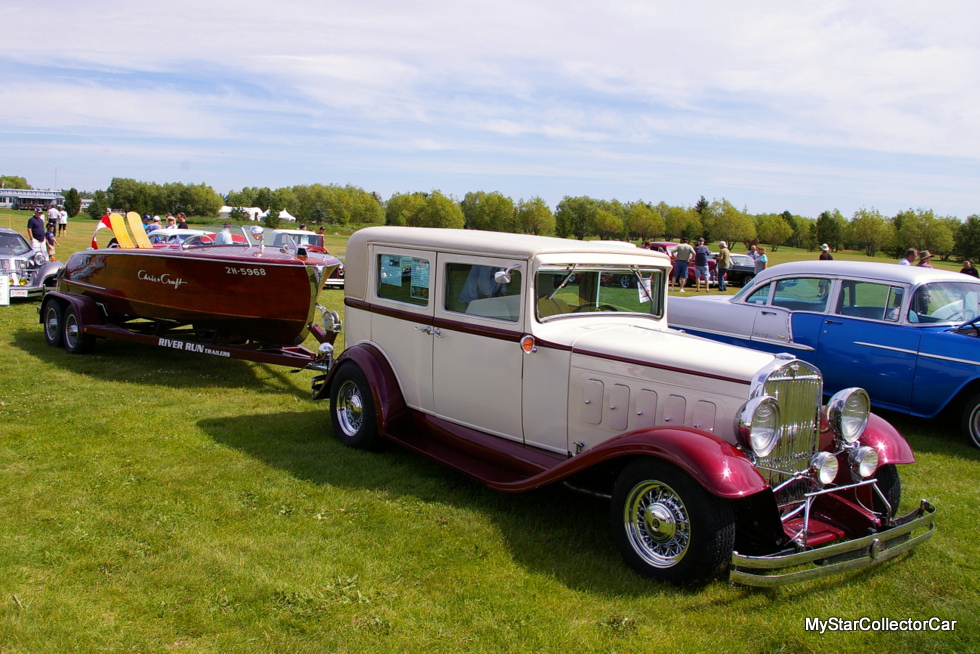 As a rule, MSCC is not about vintage boats.

‘But there are exceptions to every rule when a 1950 Chris Craft boat is behind a 1930 Hudson Super 8 tow vehicle.’

The boat was original in every way, including its 138 horsepower Hercules Tri-power (three carb) engine. 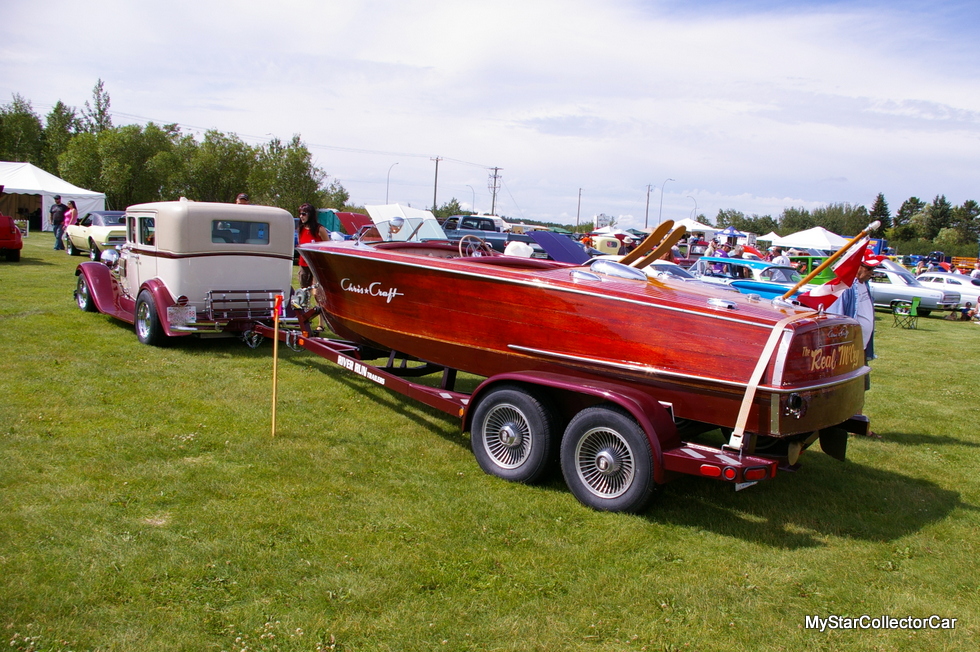 The car was not original in any way beyond its very stylish pre-war sheet metal.

The original Hudson flathead straight 8 engine had been replaced by a 454 Chevy big block with more than enough horses to drag around the ultra-cool wooden boat from a bygone era. 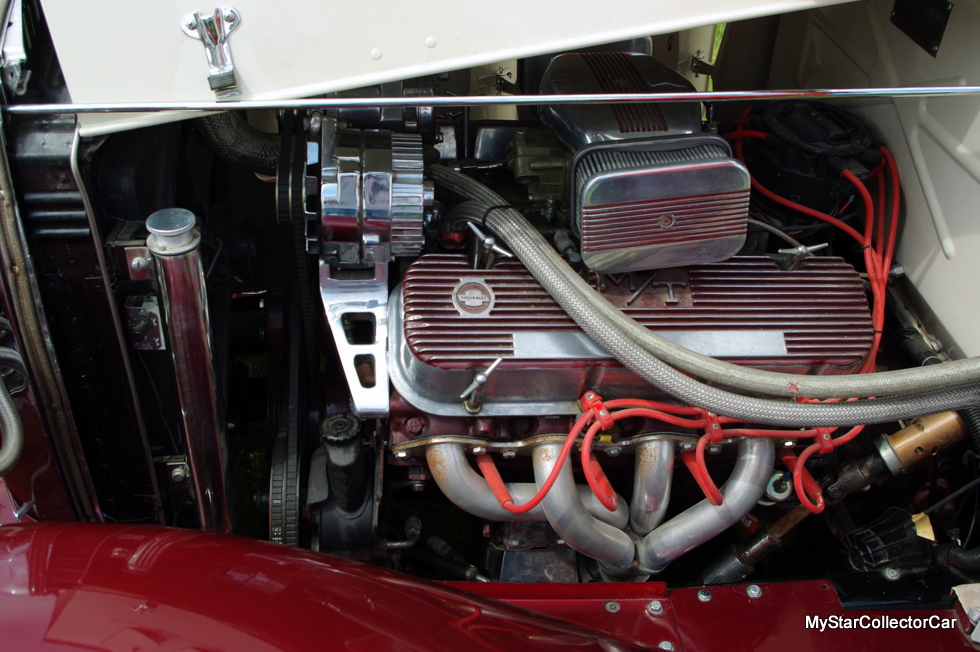 Owners Don and Carol Silver have owned their Hudson resto mod for 30 years. They bought the boat about 20 years ago and the two make a great tandem for summer fun. 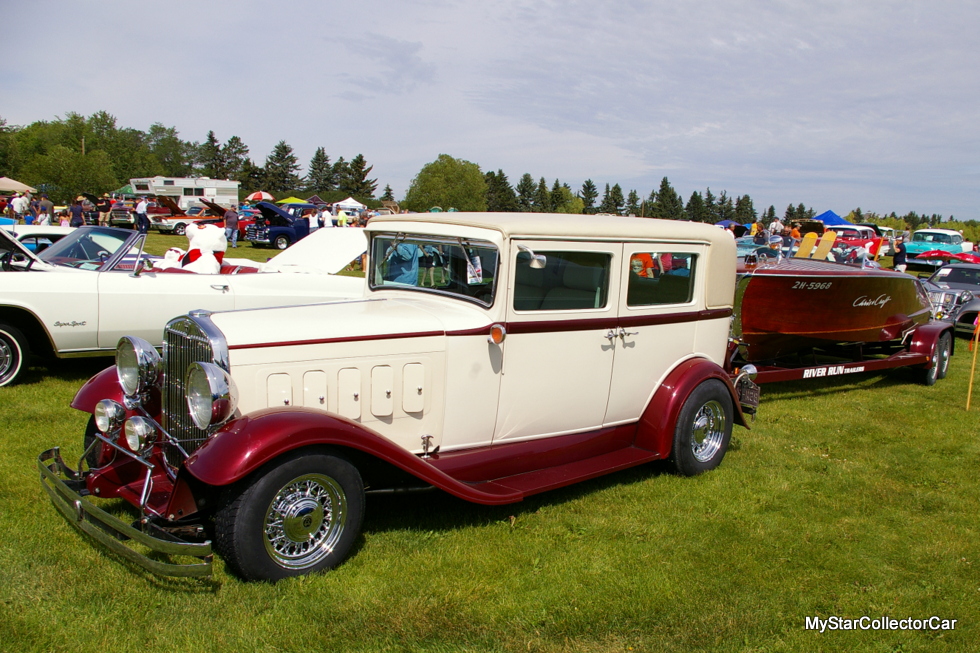 They bought the Hudson as a “restored car”, but the previous owner was not exactly accurate with that assessment. It would have been more accurately described as a “project car” because Don needed to buy two parts cars to move forward with his Hudson project.

Moving forward in the Hudson was complicated by the fact the “restored car” had no brakes and required a major brake overhaul to stop it from moving forward. Don did all the mechanical and electrical upgrades on the car and the process took up a large chunk of his spare time. 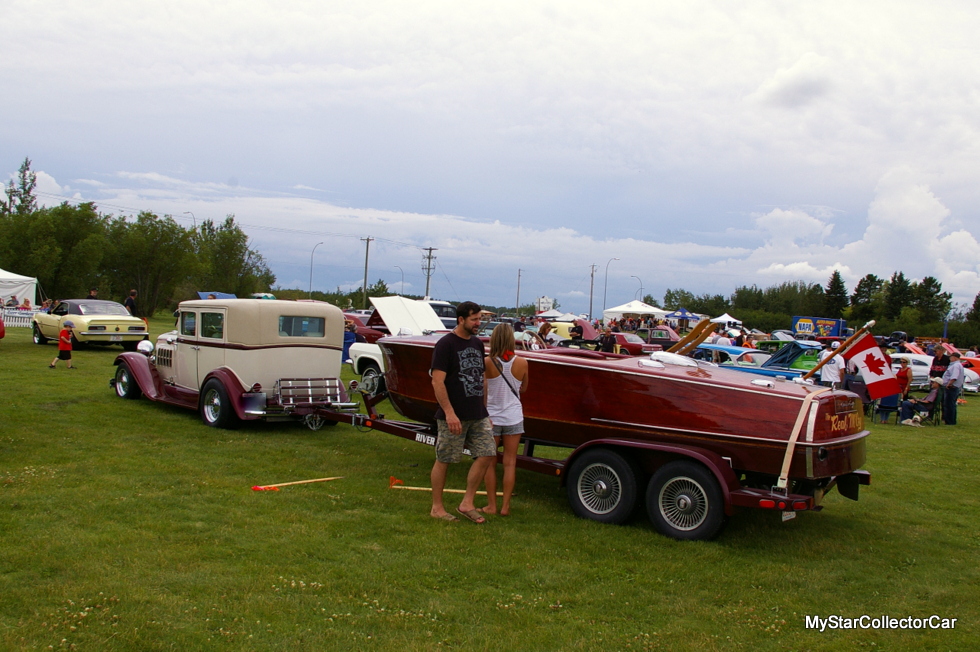 Don realized after he bought the Hudson that he had plenty of work ahead of him to bring his car back on the road. Eventually he did get it back on the road in 1997, but his job took him out of country for many years and the car was essentially in storage since 1998. 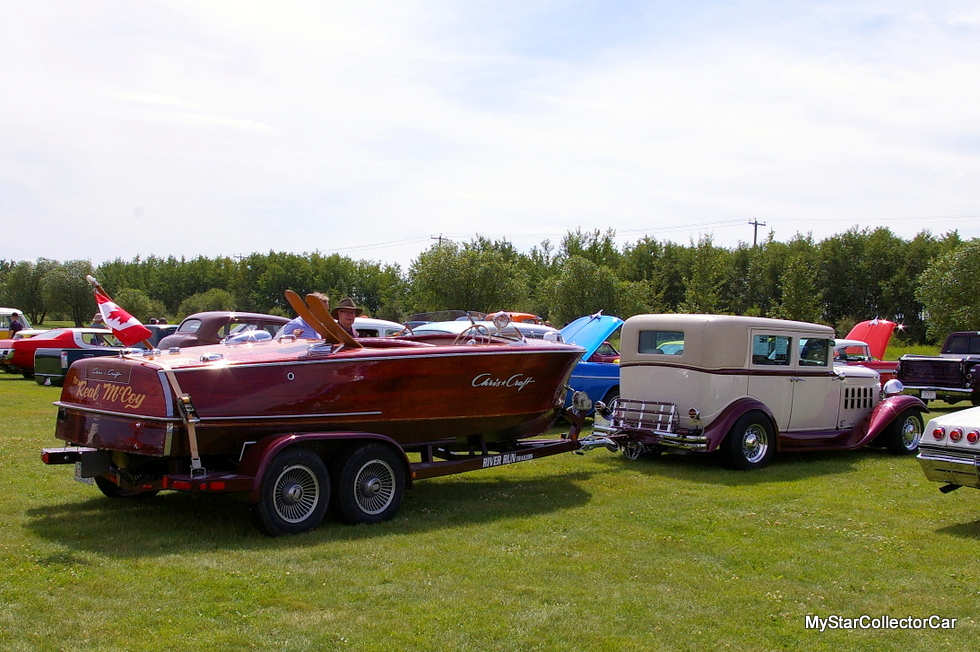 The Hudson was stored in Don and Carol’s garage while their regular driver car was parked outside on the driveway. The Chris Craft boat was stored in the garage of one of their rental properties. 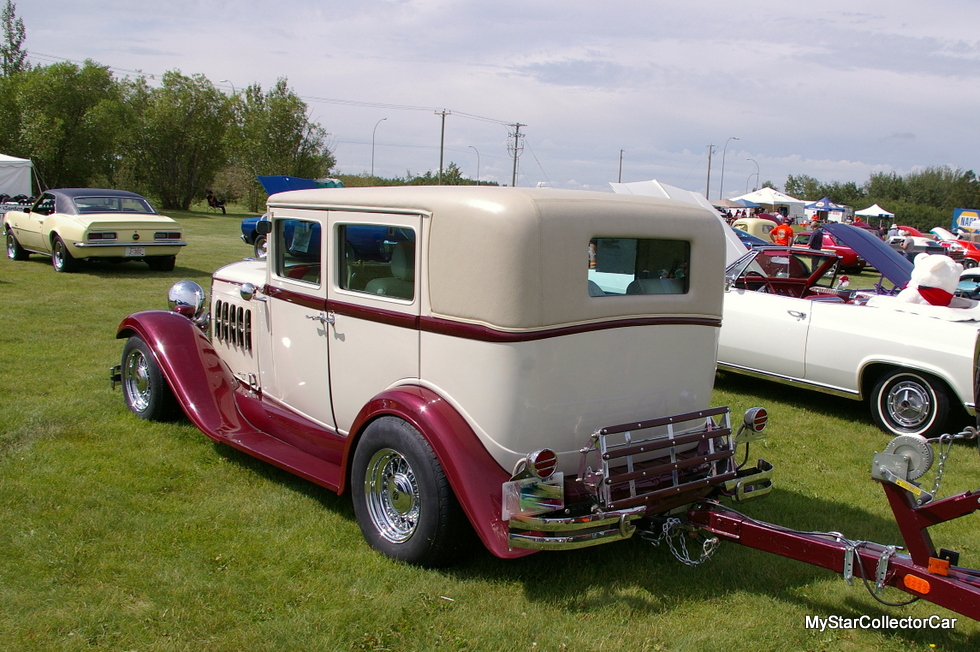 Issues arise when boats and cars are left in long storage so Don’s plan to bring his Hudson and Chris Craft out of storage has been a challenge. 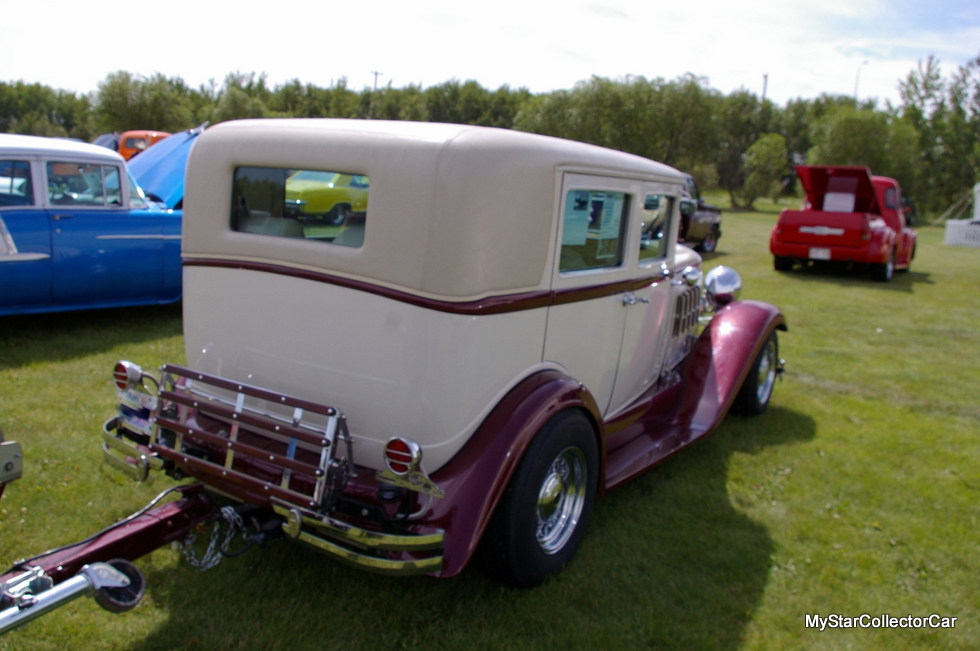 The boat has been on the water but it has a few fuel delivery issues with its complicated three-carb system. The Hudson’s steering system included a worn-out steering box that Don will repair before he takes it on longer trips.

The AC unit in the Hudson also needs a little TLC to help cool down people in the retro sedan.

The whistles and buzzers in the Hudson include power seats, steering and windows. It also has a 700R-4   four-speed automatic transmission to drop the revs on the big block at higher speeds. 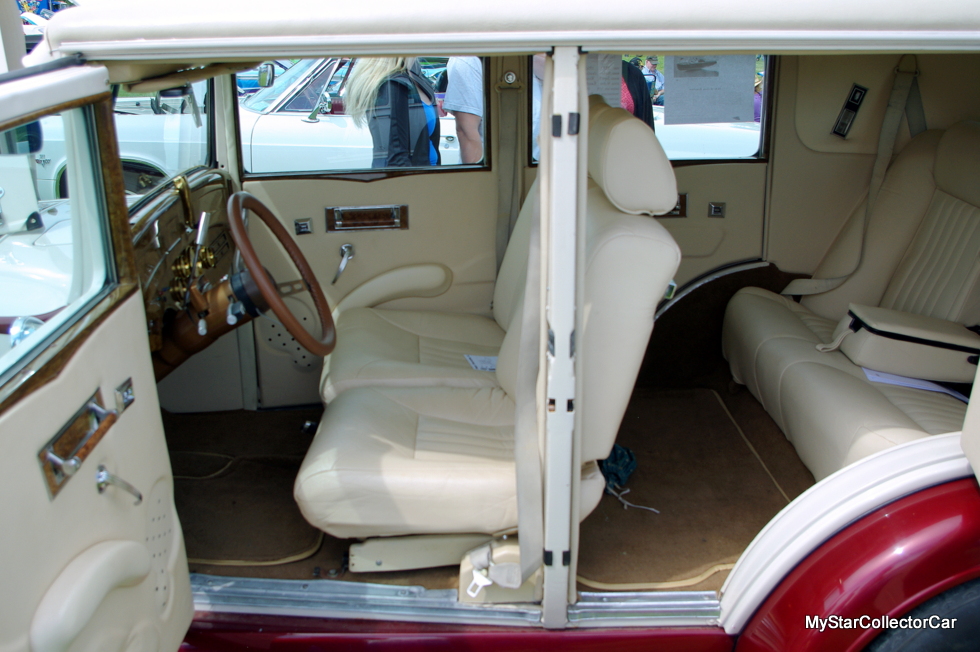 The air ride on the Hudson gives the car a ride that is much better than the original suspension. The cruise control and electric wipers complete the upgrades on this 86-year-old car. 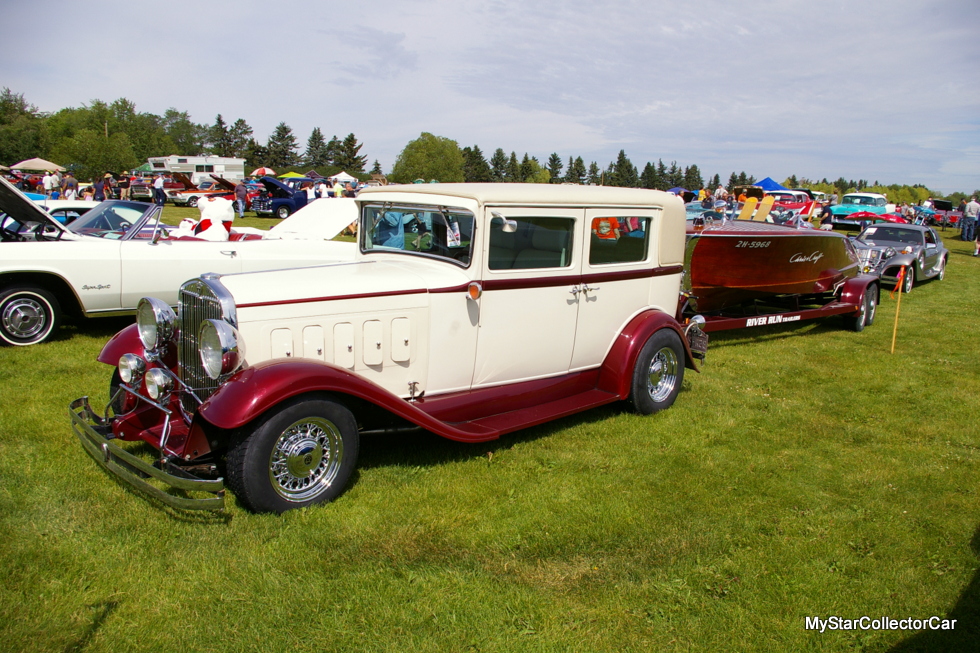 Don explained the basic philosophy behind his Hudson: “I like the cars to look original but I am a hot-rodder”.  Mission accomplished on his stylish resto mod.

‘The Chris Craft boat will stay original because Don did not need to alter this nautical hot rod. It was already cool the day it left the factory.’

JANUARY 2019 ROAD WARRIORS—IT’S A CROSS SECTION OF THREE SEASONS ON...