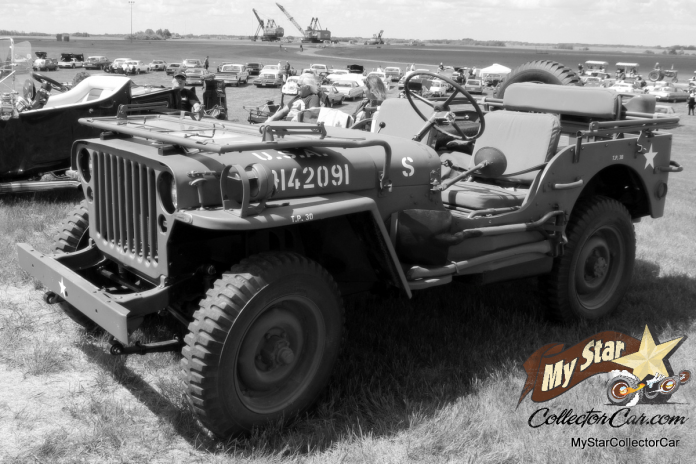 Jeep is one of the most well-known names in automotive history and it is still famous in 2020, long after its debut as a 1940s-era military vehicle designed to help win a war.

MyStarCollectorCar has always been a big fan of Jeeps because of their long legacy and starring roles in World War Two-themed 1960s TV shows like ‘Rat Patrol’ and ‘Combat’. The 1970s-80s era TV (and 1970 movie version) of ‘MASH’ also used Jeeps in their storylines because they were also an important part of the Korean War.

However, there are a few lesser known facts about the Jeep that MyStarCollectorCar encountered during our research phase and the first issue is the Jeep name because its origin may lead to a fistfight among Jeep fans.

Many people conclude the name is a slang term for “General Purpose” vehicle, but others beg to differ on this point. Some point to Jeep’s name origin as a tribute to famous spinach junkie Popeye’s cartoon pet, a bizarre creature named Eugene the Jeep whose legacy predated the military vehicle and was adopted by soldiers as a name for the nimble little military vehicle.

Others believe the Jeep name was used even before World War One to describe any military vehicle at the time. Bear in mind the early 20th century was a time when horseless carriages were a relatively new concept, so a gas-powered military vehicle was brand new in doughboy circles.

However, there is little dispute about the Jeep name’s longest and strongest connection with the iconic little four-wheeled workhorse that debuted on World War Two battlefields.

The second lesser-known fact about the Jeep was its original builder. Most people associate the Jeep with Willys-Overland because of their connection to the vehicle, but the original Jeep was created by American Bantam Car Company.

Willys and Bantam both answered the call when the American military wanted to be ready to enter the war and Bantam produced the first version for testing by September 1940.

The biggest issue for the US War Department was the two small automotive manufacturers’ ability to meet the production demands of a massive war effort-an issue that leads into our third Jeep fact: Ford also built Jeeps during World War Two. Many Jeeps in fact.

Eventually over 637,000 Jeeps were built during the war by Ford and Willys-Overland, while Bantam stepped aside and manufactured trailers for the Jeeps.

Our fourth Jeep fact is likely one that will likely answer a question that few of our readers would ask-or even think about for that matter: what did a World War Two Jeep cost? The answer was roughly 650 dollars.

The Jeep was a basic option-free vehicle built in large volumes to serve a purpose so the price tag for one of them was nominal at the time. However, our advice is not to enter negotiations for a genuine World War Two Jeep with a 650 dollar offer unless your plan is to start World War Three.

MyStarCollectorCar’s fifth and final addition to our Jeep trivia article circles back to the name itself because Jeep did not become an official brand name until 1950 when Willys-Overland surrounded the Jeep name with an army of lawyers and protected its flank.