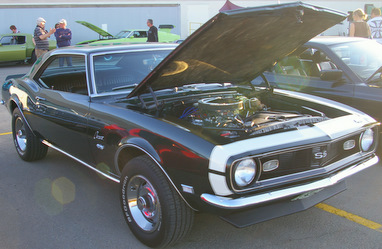 Reinhard and Marilyn Timmermann celebrated their 15th anniversary back in 1999.

‘Reinhard is a planner so he asked Marilyn what the perfect 25th Anniversary present would be in 2009.’

In a car guy’s dream come true she came up with a simple answer – a 1968 Camaro.

She thought that this was a frivolous answer and the closest she’d come to owning a ’68 Camaro was a 1:18 scale model. Reinhard didn’t give her any reason to think otherwise because their household was run in a very pragmatic manner where a minivan or an SUV made a lot more sense than a classic Chevy pony car. Life went on and the ’68 Camaro was filed under the ‘letters to Santa file’-hopeful but not realistic.

Meanwhile, Reinhard had to assemble the money required to purchase a very sought after car and not tip off his wife. This kind of cabbage was hard to hide in a tight household budget where husband and wife were a team on the finances but Reinhard pulled it off. He had a bank account set up that sent statements to a buddy’s address and he bought and sold snowmobiles over a decade. He told Marilyn that he barely broke even so other than question why he’d waste time not making anything on the transactions she didn’t think about it. 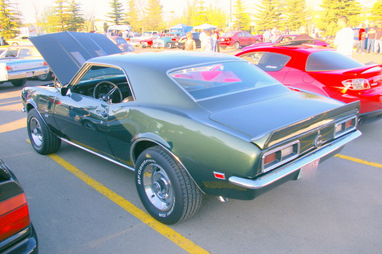 In actual fact, Reinhard was assembling the cash he knew would buy a very solid ’68 Camaro. This past spring he took advantage of the weak economy and picked up this great car at an auction. Originally Reinhard thought that a silver Camaro would be perfect for a silver anniversary present but some covert questioning convinced him that she really preferred green and as luck would have it he bought a green one. 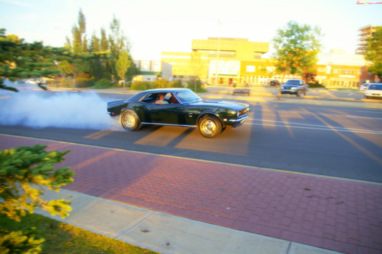 This story has a great ending-she was blown away by the car and drives it every day-the family SUV was unceremoniously kicked out of the garage.