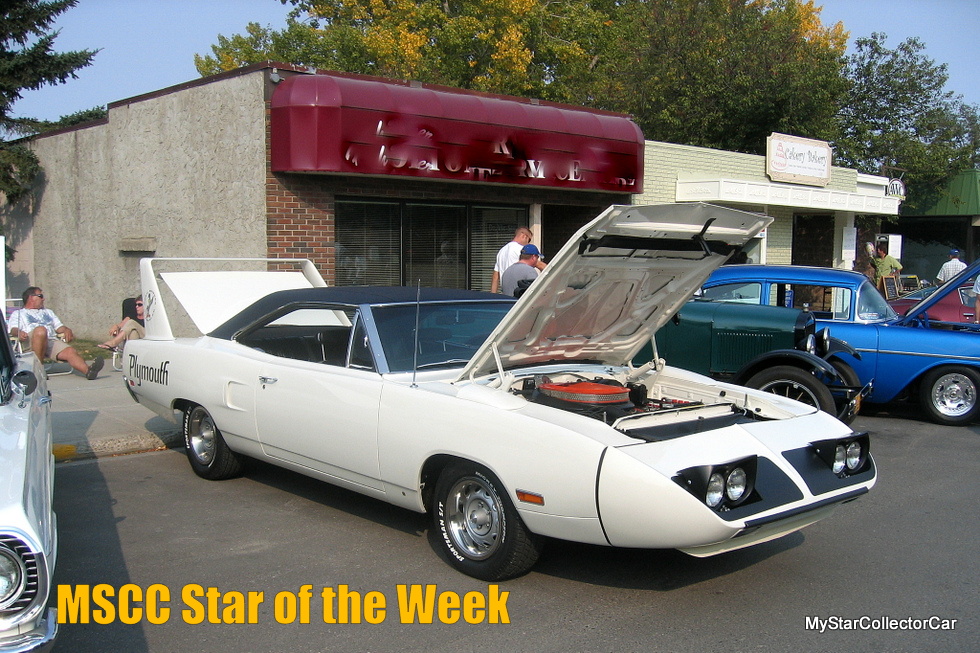 MSCC JANUARY 8 STAR OF THE WEEK: PLYMOUTH SUPER BIRD—YOU DID NOT WANT TO SEE ONE IN YOUR MIRROR

Students of muscle car history are well aware of the 1970 Plymouth Super Bird but here’s a history lesson for non-students.

The Super Bird was basically a bribe to get Richard Petty back in the Plymouth tent because The King had defected to Ford after Dodge introduced the Daytona late in the ’69 season .

Chrysler had to build a minimum number of these aerodynamic monsters to qualify as a production car so you could run one of these high-speed brutes on the street while Petty was a force on the track in his Super Bird.

The MSCC Star of the Day Super Bird is a car you definitely did not want to see in your mirror because it wouldn’t be there for long. 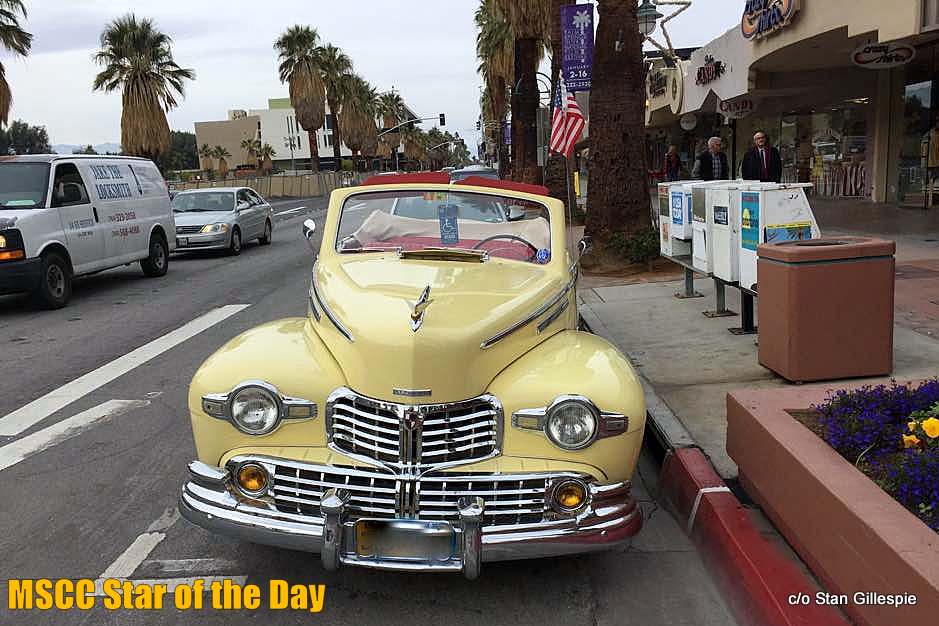 Post war Detroit was in revival mode so they worked with what they had until new designs kicked in and hit the showrooms.

In some cases, car makers simply spruced up the sales brochures to sell ten year old features to buyers.

They could do this because demand far surpassed supply so a brand new post war Chevy with pre-war Chevy style was your only choice but this was also an era with a lot of cool factor.

The MSCC Star of the Day ’47 Lincoln convertible was the ultimate in post war cool. 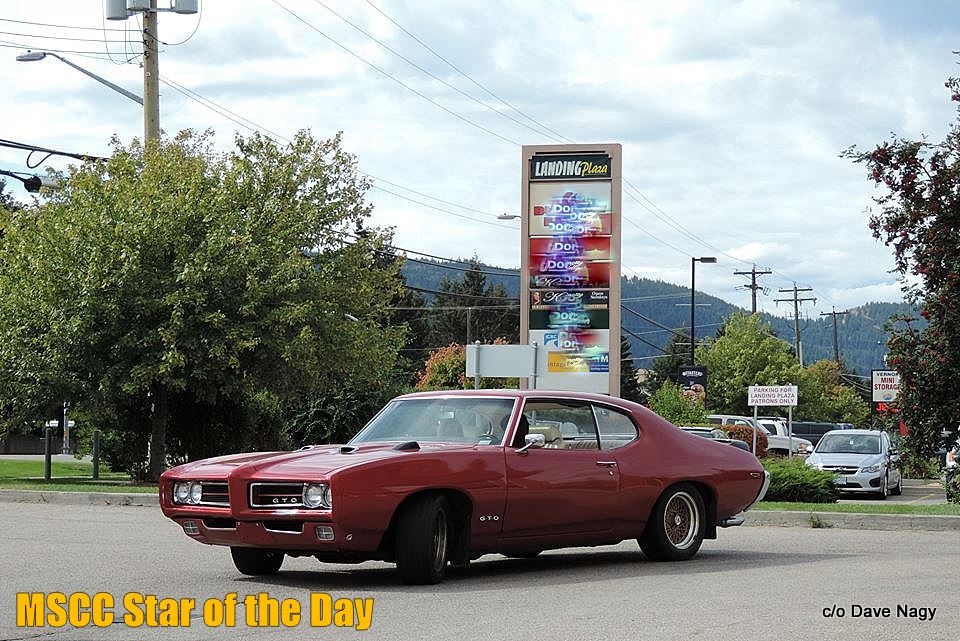 MSCC JANUARY 6 STAR OF THE DAY: ’69 GTO—THERE WAS NO SUCH THING AS A BAD-LOOKING GOAT

The Pontiac GTO was the right car at the right time.

The 60s muscle car era was about to explode and there was a clear need for an enigmatic to define the start of a magical moment in Detroit—the 1964-69 muscle car wars.

The little Tempest with the big 389 under the hood started a GTO trend that would include some of the coolest rides ever built at Pontiac.

The MSCC Star of the Day is a ’69 GTO—clear evidence there’s no such thing as a bad-looking Goat. 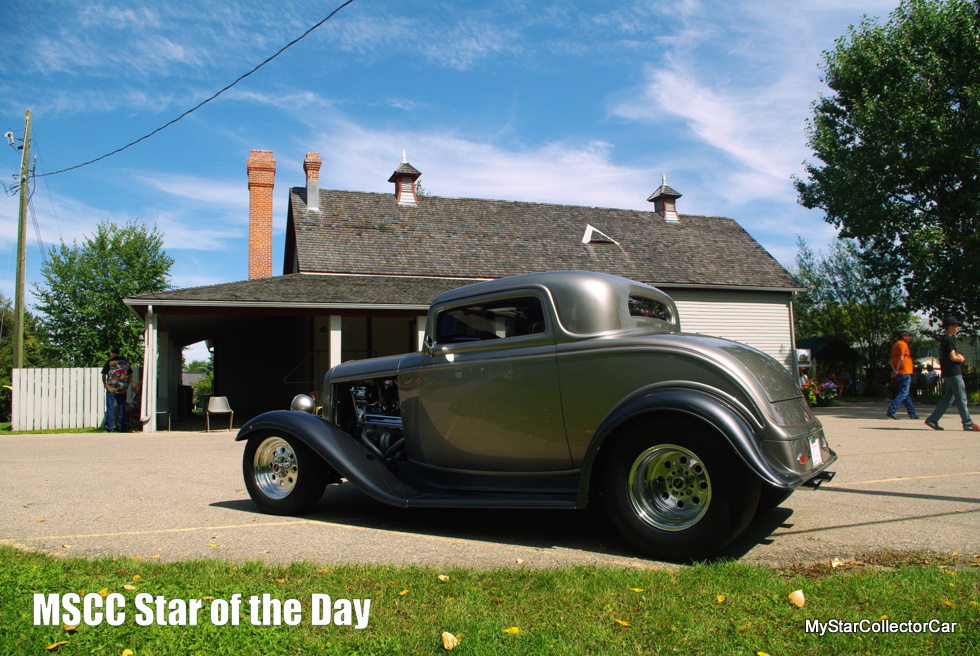 MSCC JANUARY 5 STAR OF THE DAY: DEUCE COUPE—TOP OF THE HEAP FOR STREET RODS

The street rod tradition began the day some guy figured out his Model T would go a lot faster without fenders.

They went even faster with more carbs and eventually another guy figured out how much faster they’d go with a transplanted 6 cylinder engine under the hood.

1932 was another leap forward for street rods because the ’32 Ford came with a flathead V-8 and a legend was born overnight.

The MSCC Star of the Day is a deuce coupe—top of the heap for street rods. 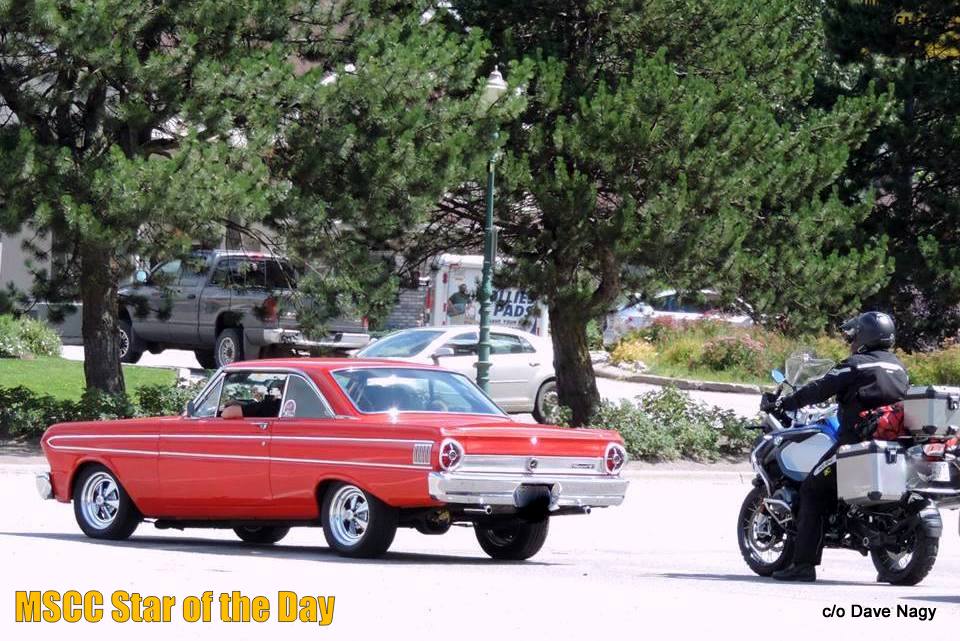 MSCC JANUARY 4 STAR OF THE DAY: FORD FALCON—THE FOUNDATION OF THE MUSTANG

Most students of the Ford Mustang know about its humble beginnings but for the less studious, it was based on the Ford Falcon.

The Ford Falcon was an entry level compact car back in 1960 when the concept of a compact car was a new frontier so this unassuming little car was built to fight VW Beetles and Rambler Americans.

That would change in 1964 when the sheet metal of a new car was placed on the basics of a Falcon and a legend was born.

The MSCC Star of the Day Ford Falcon is a piece of history because it was the foundation of the Mustang. 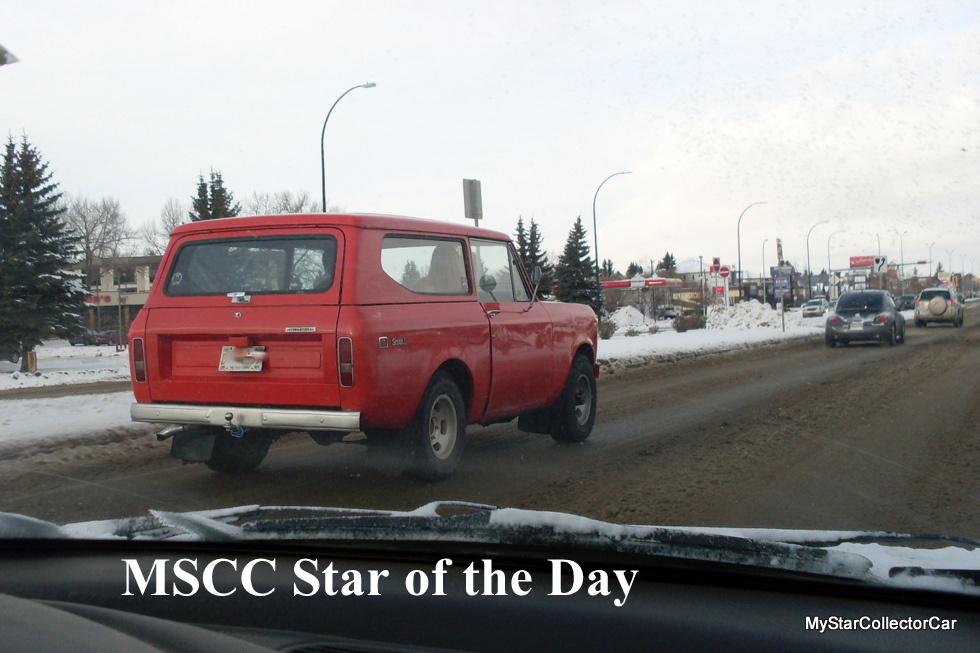 MSCC JANUARY 3 STAR OF THE DAY—WANT TO MAKE THE MOST OF REAL WINTER IN A CLASSIC? DRIVE A SCOUT

This is early January so real winter is a reality.

Real winter isn’t like the subtropical version Al Gore pitched back in 2006—this is a sub-zero, snow clogged, bone chilling, real winter.

Exceptions like the MSCC Star of the Day IHC Scout because if you want to make the most of winter and still drive classic iron—drive a Scout. 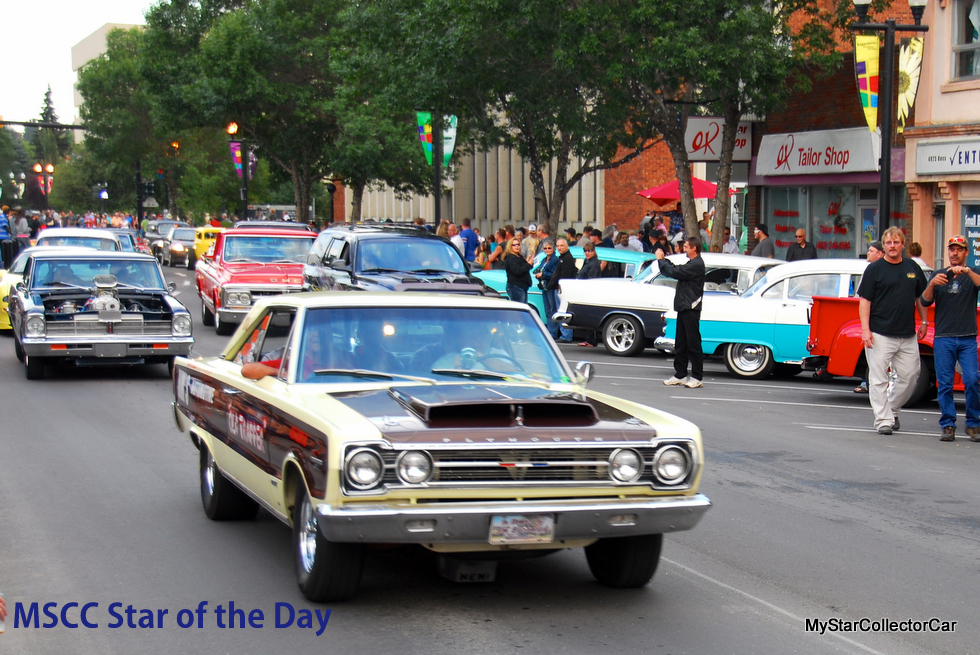 MSCC JANUARY 2 STAR OF THE DAY: ’67 GTX—THEY WERE A FORCE ON THE STREET AND STRIP

The horsepower race was in full-on mode in 1967 because every Detroit car maker had a muscle car.

They knew if you didn’t have a horse in the race you would get left behind in the Swinging Sixties.

The Plymouth entry in 1967 was the unassuming B-body Belvedere but they added the GTX name with a standard 440 big block and an optional 426 Hemi thus a Mopar legend was born.

The MSCC Star of the Day ’67 GTX was a dominant former track car—they struck fear on the street and and strip.