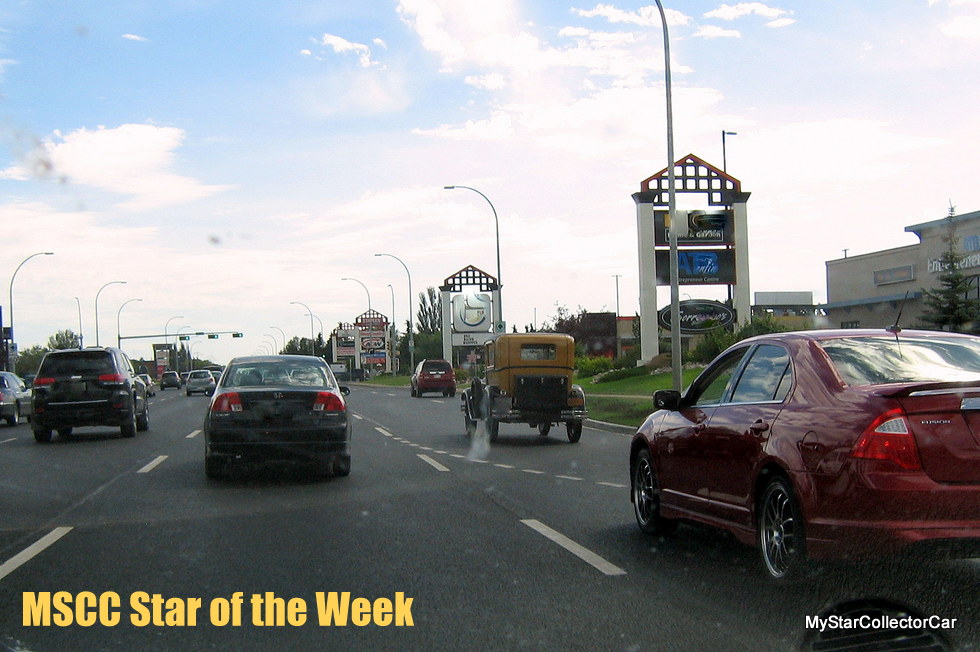 There’s a major shift in the car hobby to resto-mods.

‘Resto-mods give you the coolness of an old ride and the high-tech advantage of a new car with discs all around, radial tires, rack and pinion steering, fuel injection and state of the art lights.‘ 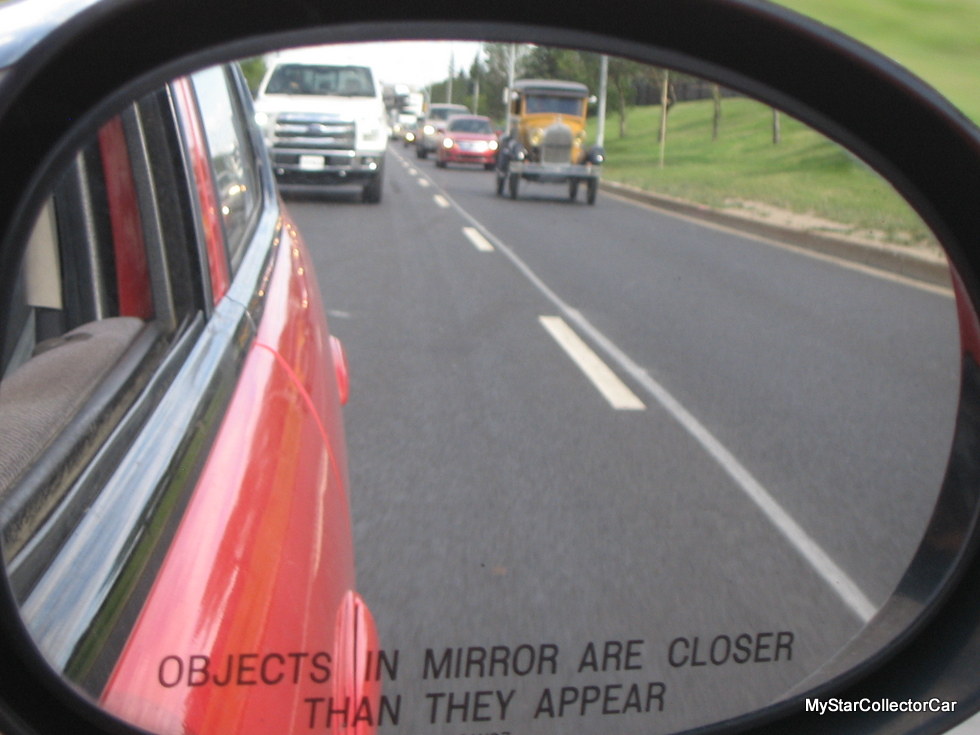 That makes old iron infinitely more civilized but does it also make its driver weaker? 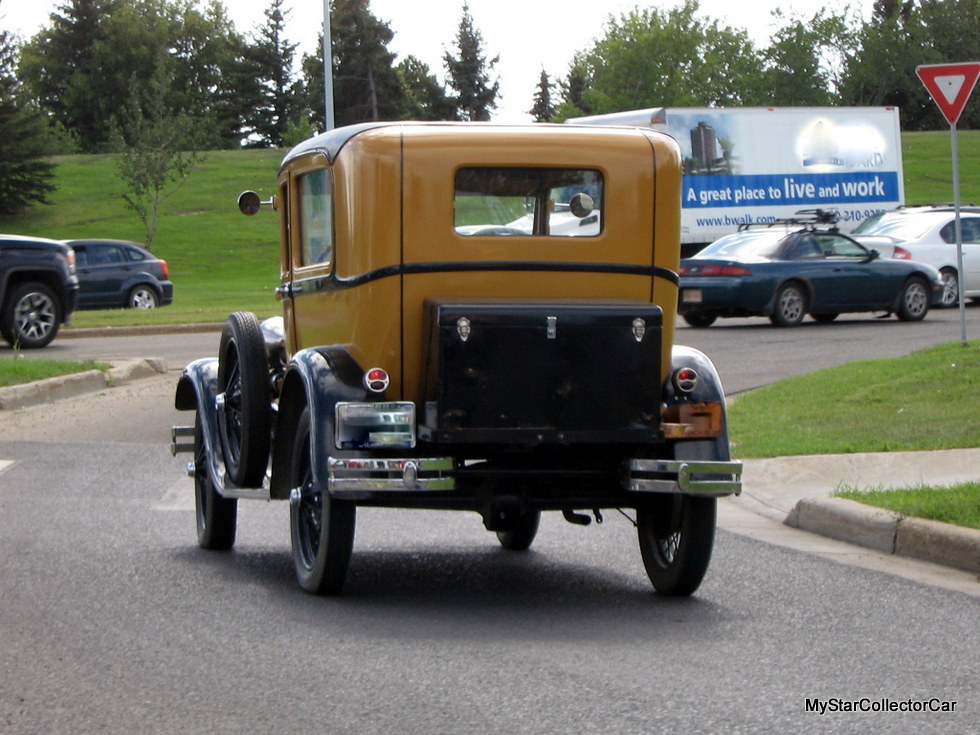 That’s why this guy in a ’29 Ford is MSCC Star of the Week—he’s no weakling because he was whipping through big city rush hour traffic in this brute without any new tech stuff. 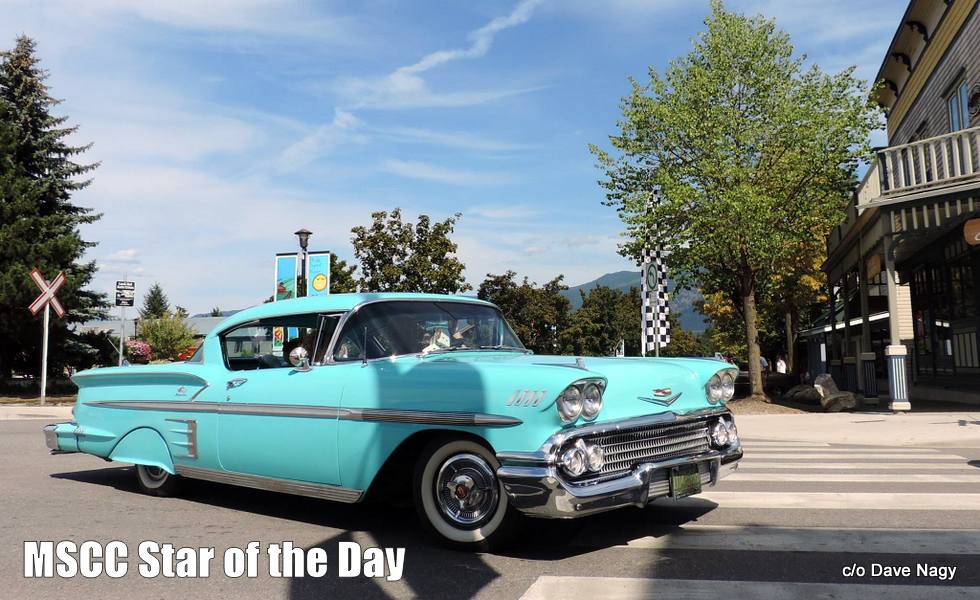 MSCC AUGUST 20 STAR OF THE DAY: ’58 IMPALA—A DAY IN THE SUN GOT A LOT BRIGHTER

Summer 2016 is winding down but that hasn’t stopped the classic iron appearances on the street.

‘Maybe there’s a sense of urgency because once those days get shorter, you can’t just shrug off a nice summer day because nice days are a diminishing commodity past mid-August.’

That’s why you take your old ride out on every sunny day you can for the rest of the season.

This MSCC Star of the Day ’58 Impala made a sunny day a lot brighter because we all know those days are waning in 2016. 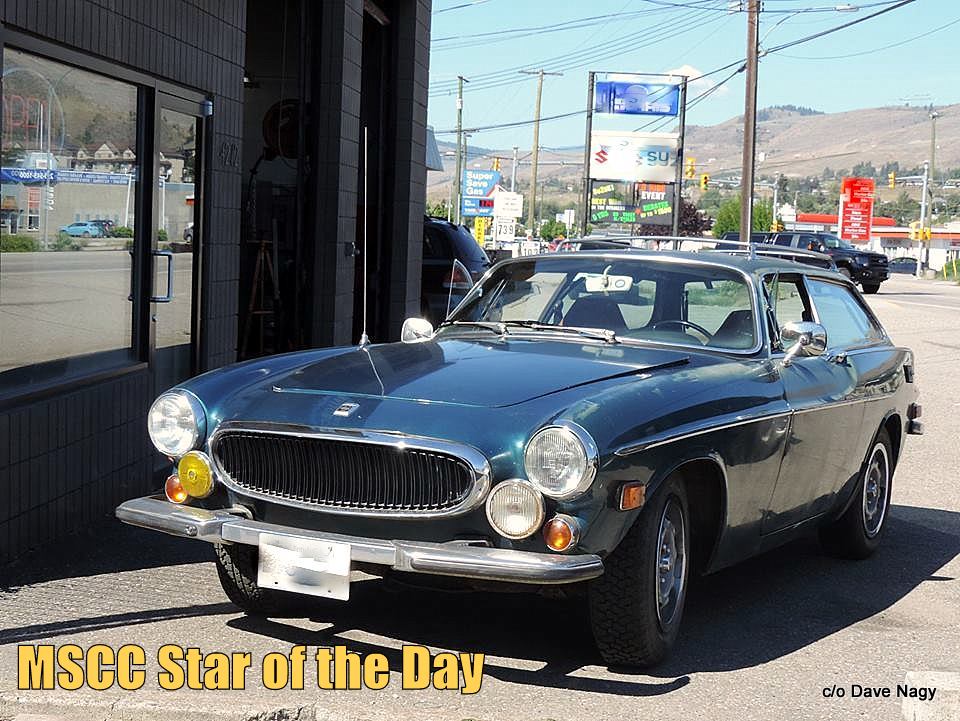 The Volvo P1800 was Sweden’s entry into the hotly contested world of sports coupes back in 1961.

‘The P1800s had an Italian flair with a Swedish heart and they developed a very loyal following over the years thanks to this odd, but effective blend of philosophies.’

The Saint TV show really put these cars on the map because the hero drove a very distinctive white P1800. 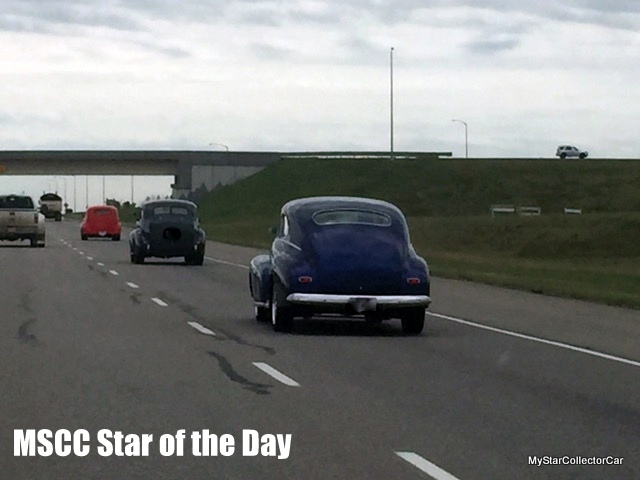 MSCC AUGUST 18 STAR OF THE DAY: FLYING WITH THE EAGLES

There are definitely different levels of flyers in life.

There are the people who never take chances, punch a nine to five clock, work toward retirement and find out they never really lived life to the fullest.

Those are the low flyers.

Then there are the MSCC Star of the Day guys like this who are stars because they fly with the eagles. 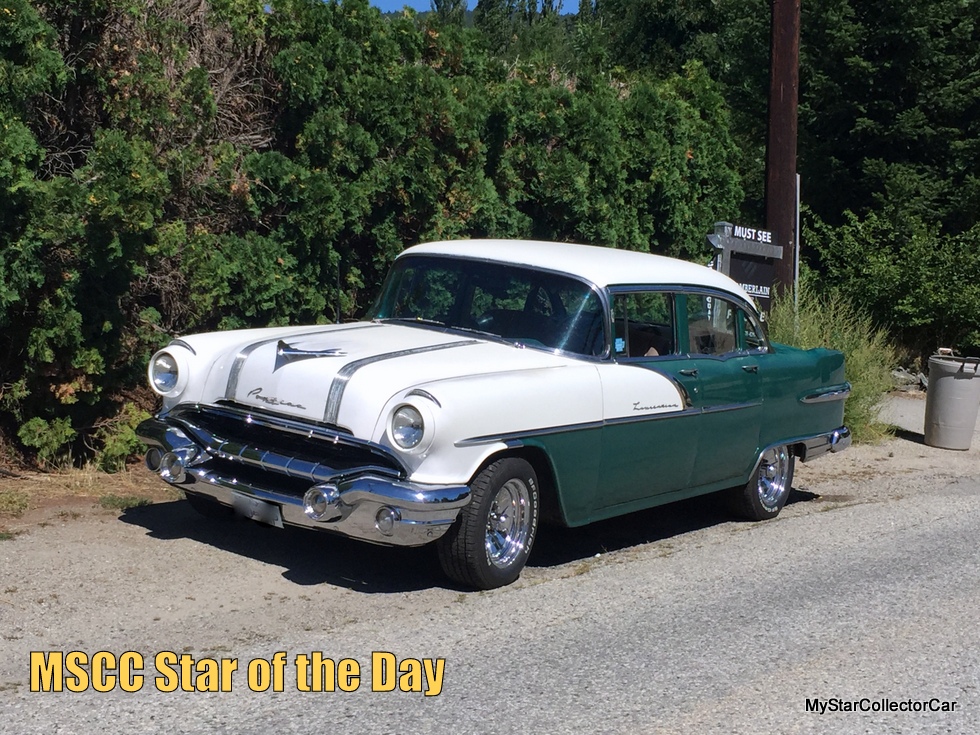 Canadians are right next door to the most powerful country in the world but that doesn’t mean they are locked in on exactly the same path as their neighbors.

‘Canadians go crazy over curling and hockey—two things that barely cause a ripple in the big pond known as the USA.’

Canadians have their own history too.

History like this MSCC Star of the Day 1956 Pontiac Laurentian—an all-Canadian Poncho. 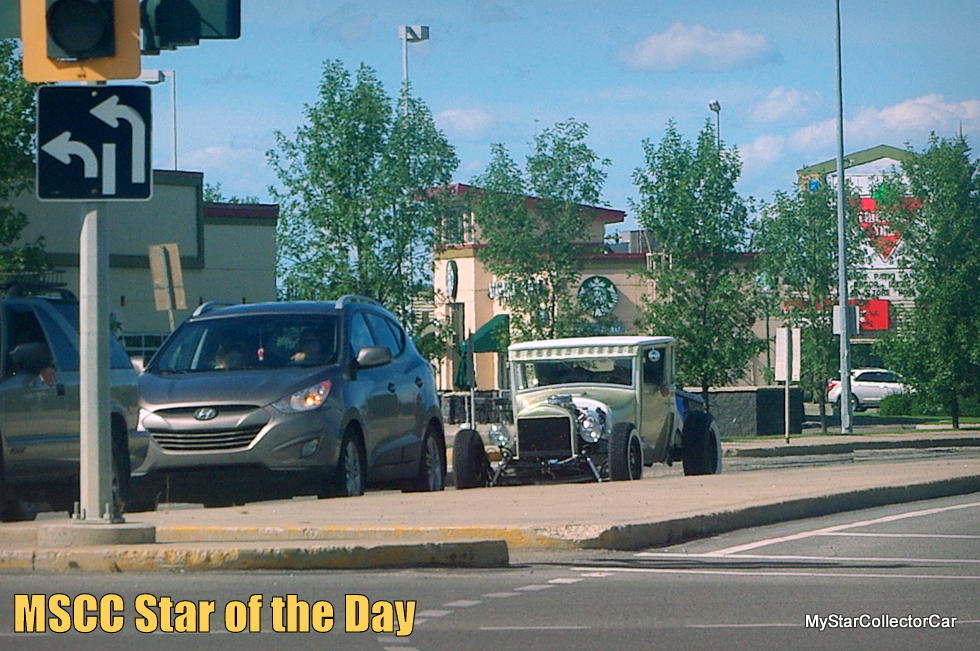 MSCC AUGUST 16 STAR OF THE DAY: WANT TO BE A REBEL? FORGET THE HARLEY

One of the trends over the last 15 years was the spike in Harley sales.

Middle-aged accountants, lawyers and teachers all got in touch with their inner rebel by buying millions of Harleys.

‘The problem with this “find inner rebel via Harley” game is simple—the sheer numbers of Harleys on the road tells you too many guys took the same approach so their rebel-ness is muted by the sameness of their strategy.’

You won’t see that sameness with this MSCC Star of the Day classic rod in traffic on Sunday because if you really want to be a rebel and an individual—drive a street rod, not a Harley. 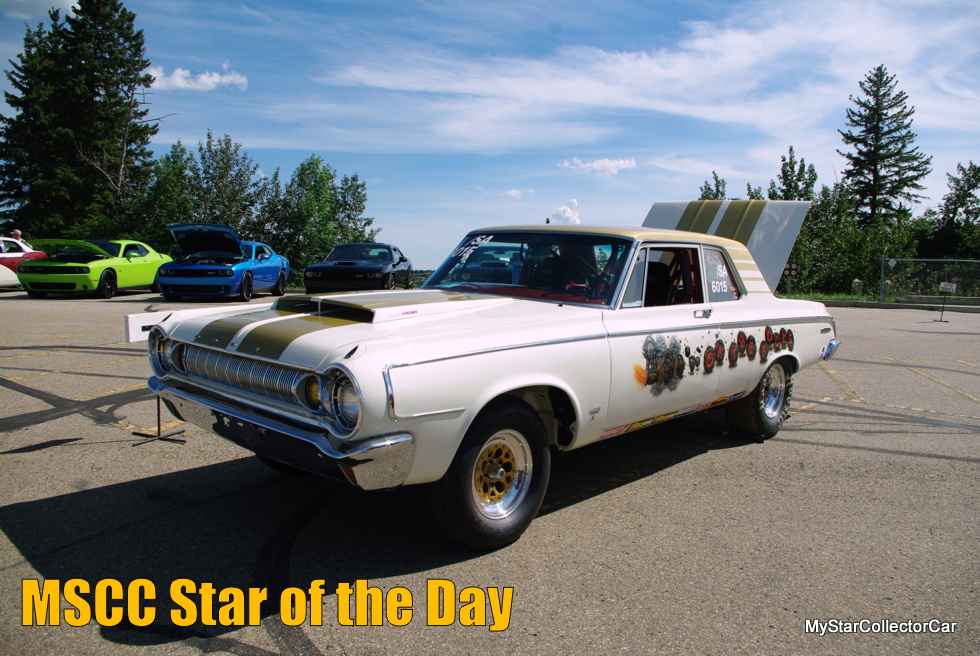 MSCC AUGUST 15 STAR OF THE DAY: ’64 DODGE—THEY WERE A PUNCH IN THE JAW AT THE TRACK

The ‘62-64 Plymouths and Dodges never won beauty awards back in the day.

‘They were boxy, functional machines designed to get you from point A to point B in a reliable package but there was something lurking under the skin of these Mopars.’

The big block 413-426 Max Wedges were dominant at the track thanks to the efforts of guys like the Ramchargers.

This unassuming MSCC Star of the Day ’64 Dodge is good example—they were a punch in the jaw at the track.

THE FRAIL CROSS-GENERATIONAL BOND OF THE CAR GUY.