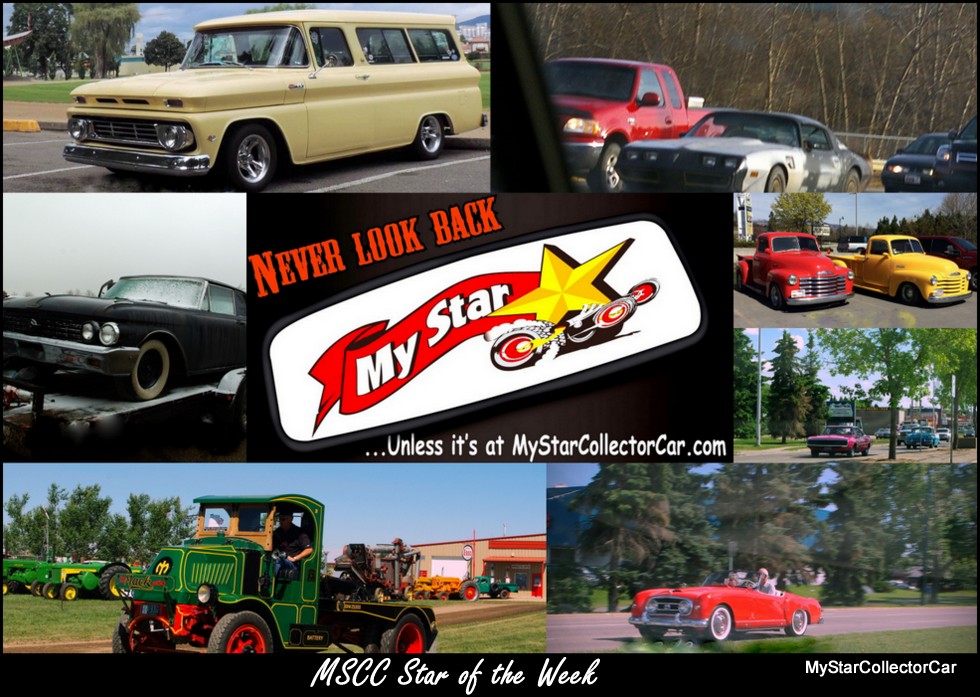 MSCC MARCH 5 STAR OF THE WEEK: A PANTHER PINK ’70 CHARGER SHOULD ALWAYS LEAD THE PARADE

Car shows are great entertainment because you get to see vintage iron up close and personal at a static display but the best part is when the classics hit the street.

Some shows make the post show run part of the agenda and there’s nothing like a street full of nostalgia to really cap off a show.

I saw this MSCC Star of the Week ’70 Charger on the streets of Wetaskiwin, AB back in 2014. 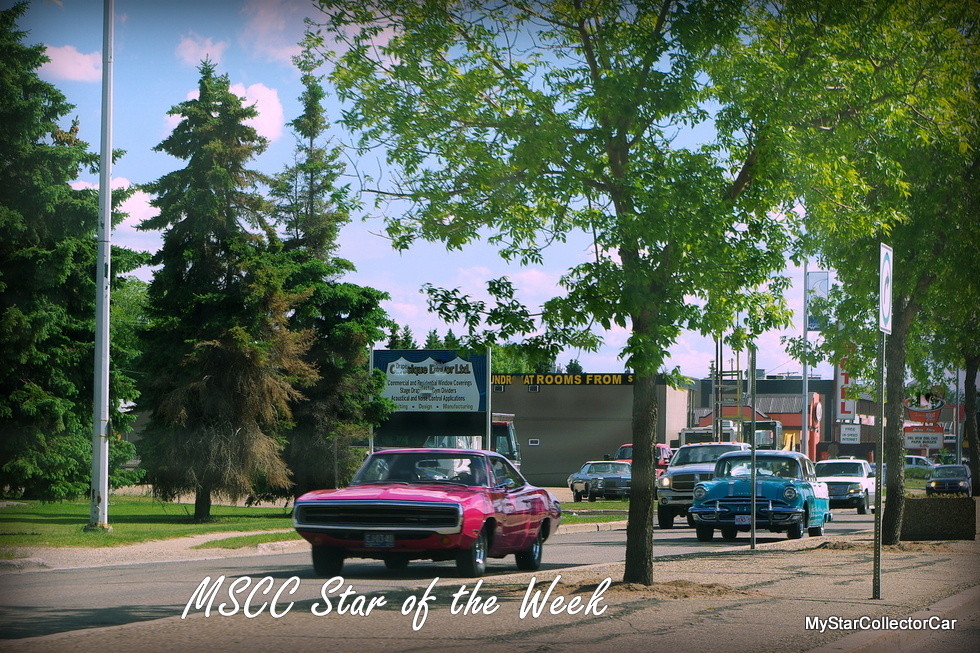 I thought at the time Panther Pink Chargers should always lead the parade.

MSCC MARCH 4 STAR OF THE DAY: ’30 MACK—BECAUSE BIG OLD TRUCKS ARE AS TOUGH AS JOHN WAYNE

Working trucks are all about aerodynamics in 2017.

That wasn’t the case back in the early 20th century because trucks were built to work on crappy roads with a speed limit of around 30 miles per hour because that was all the speed the truck or the road could handle. 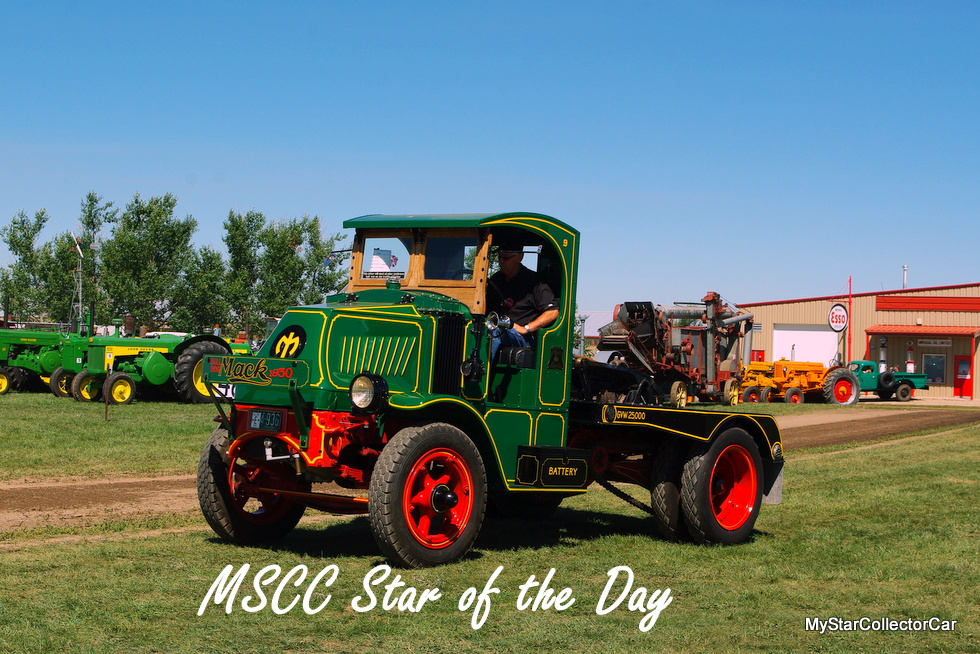 I picked this brute because big old trucks like this are as tough as John Wayne.

The lure of the car project is strong.

I spotted this beauty on the first day of spring back in 2015 and if a classic project like this MSCC Star of the Day ’62 Ford doesn’t get your blood flowing then sign up for a knitting class. 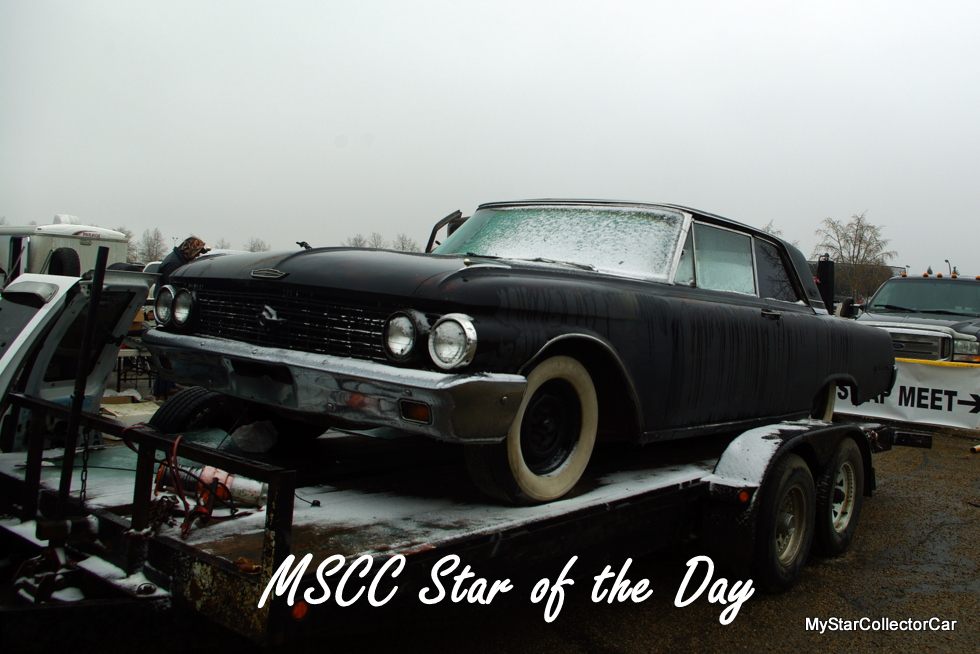 It generated spring fever in a big way.

Anyone who follows the hobby knows about the meteoric rise of old trucks.

They are the hottest segment in the world of old iron and trucks show no signs of retreating in the next few years.

The 1947-54 era Chevy trucks are a big part of this massive wave and many of them have been resto-modded into something unrecognizable so that’s why I like these two because they still look like a truck – lowered, but they’re not belly crawling on the pavement. 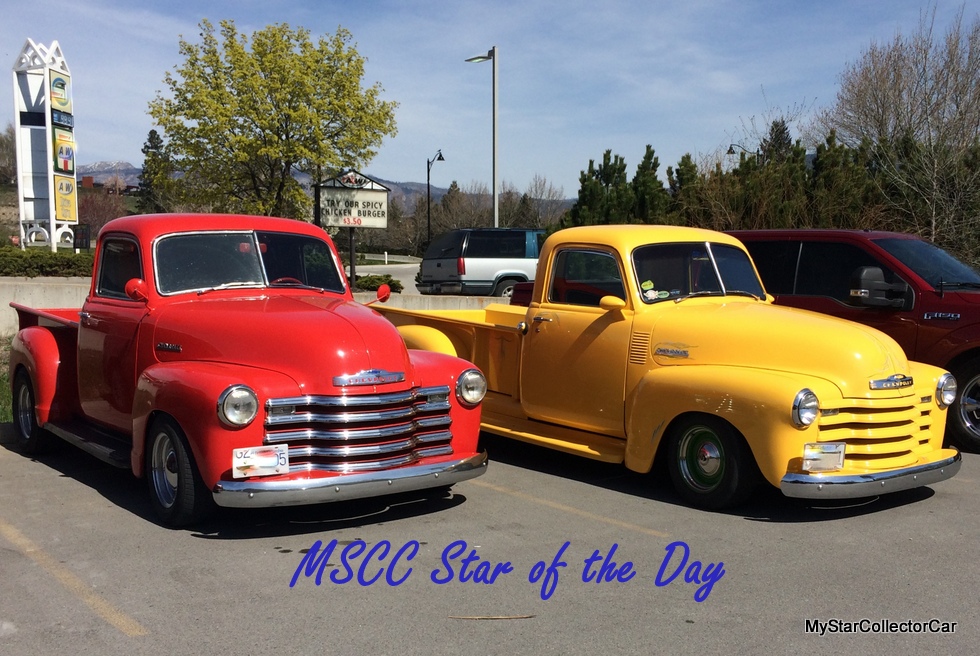 The MSCC Star of the Day theme is pretty simple—this is how you keep a classic a classic.

I picked this car because it defines a point where you have to make a decision.

Do you drive your project a few more years or do you take on a long, expensive process with an uncertain future?

This MSCC Star of the Day Firebird was on the road back in 2008 so when I saw it in the photo files yesterday I wondered if the guy saved it or baled it over the last 9 years. 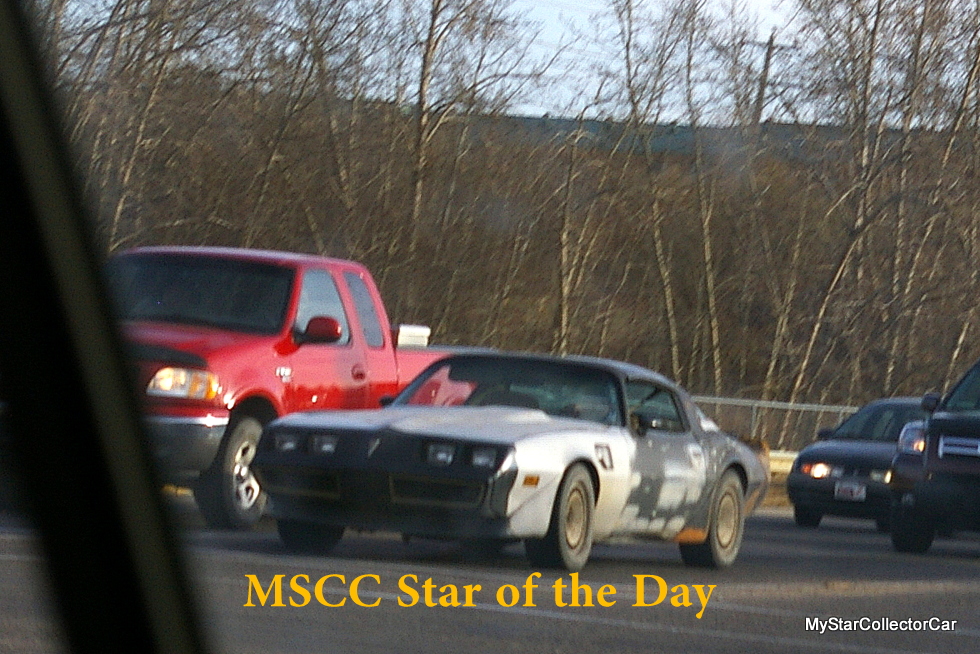 He was definitely at the tipping point of a project.

They made a lot of Chevy trucks in 1962 and these trucks still enjoy rock star popularity.

I like ’62 Chevy pickups but my natural tendency is to look at the road less traveled in the car hobby so a less popular version speaks to me in a big way.

That’s why I like this MSCC Star of the Day ’62 Chevy Suburban because they made so few when you stack the numbers up against pickup production. 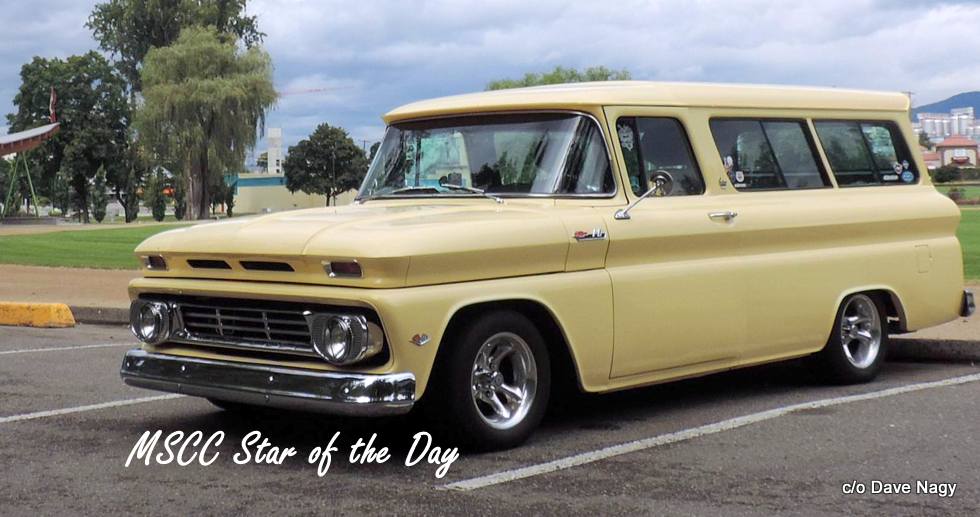 MSCC FEBRUARY 27 STAR OF THE DAY: BECAUSE IT’S A ’52 NASH HEALEY

I’ve seen a lot of classic cars in traffic over the years. 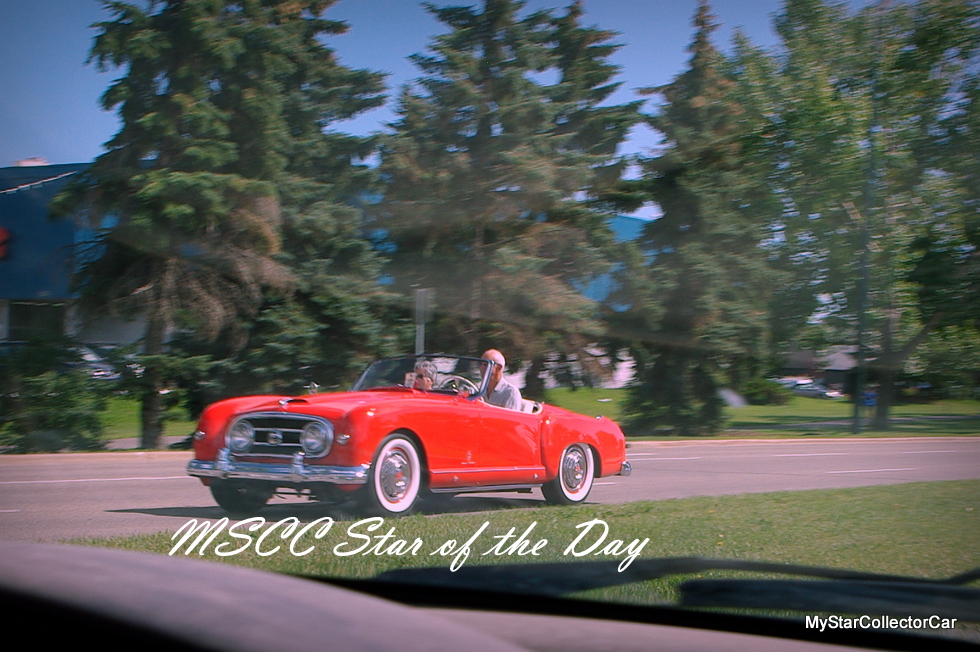 That was a great era but I had to wait until 2015 to see this MSCC Star of the Day ’52 Nash-Healey in traffic.

It was worth the wait because after all—it was a ’52 Nash-Healey.