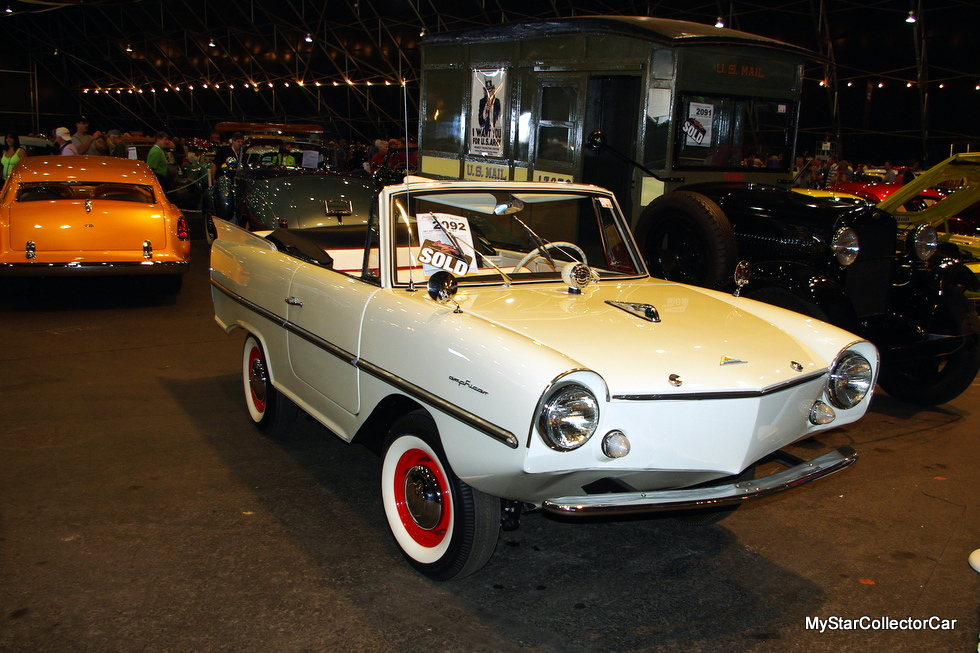 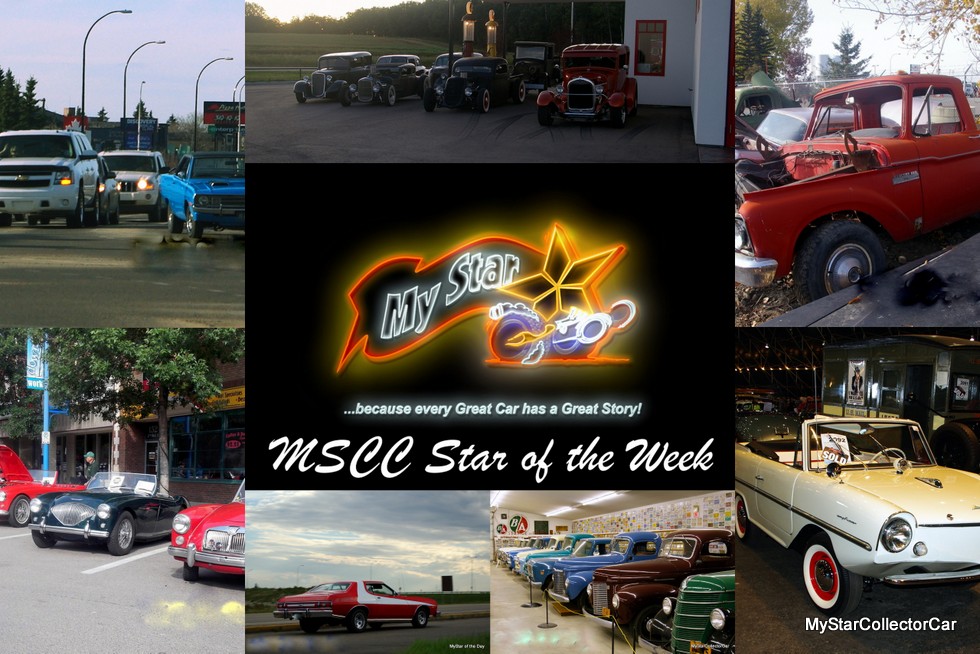 MSCC FEBRUARY 19 STAR OF THE WEEK: AMPHICAR—SELL IT AS A COLLECTIBLE CAR/BOAT

The collector car hobby is a tough sell to non-believers.

They can never see the practical side of investing large sums of money in antiquated technology when today’s technology is so far advanced.

That’s why they don’t see the magic or the practicality behind an old ride.

You have to reach them on a different level so sell them on something like the Star of the Day Amphicar – a collectible car and boat. 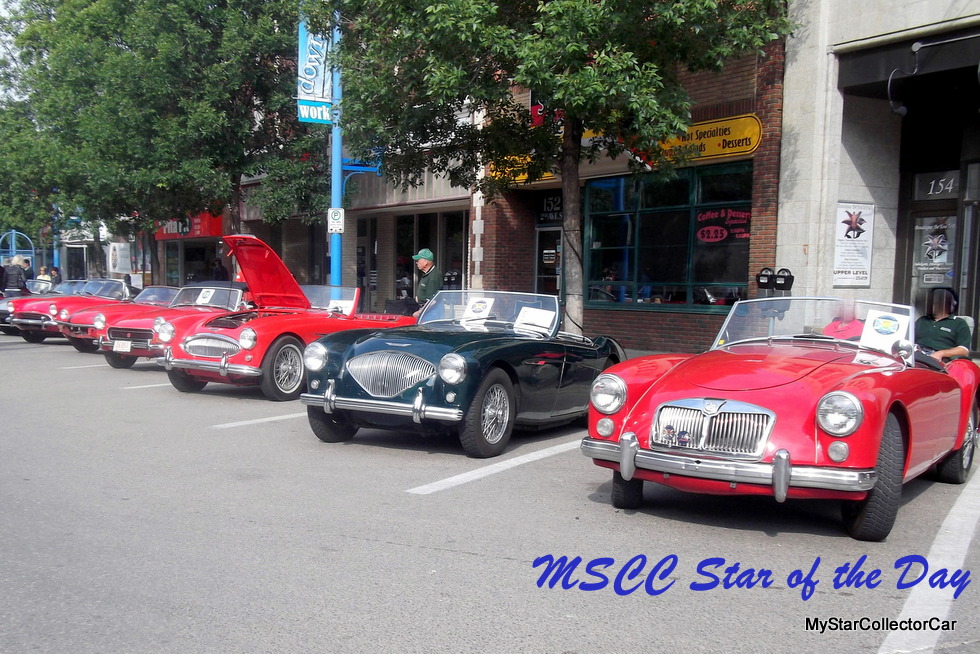 MSCC FEBRUARY 18 STAR OF THE DAY: THE CLASSIC BRITISH SPORTS CAR—WAS THERE EVER A BETTER VERSION?

The concept of a sports car goes back several decades.

Europe spawned many classic sports cars and places like Italy, France and Germany led the pack in the sports car competition because these cars were a source of national pride but there was another big player.

Britain built so many great of them there’s a niche in the old car hobby based on the words “classic British sports car”.

The MSCC Star of the Day is an array of classic British sports cars—was there ever a better version? 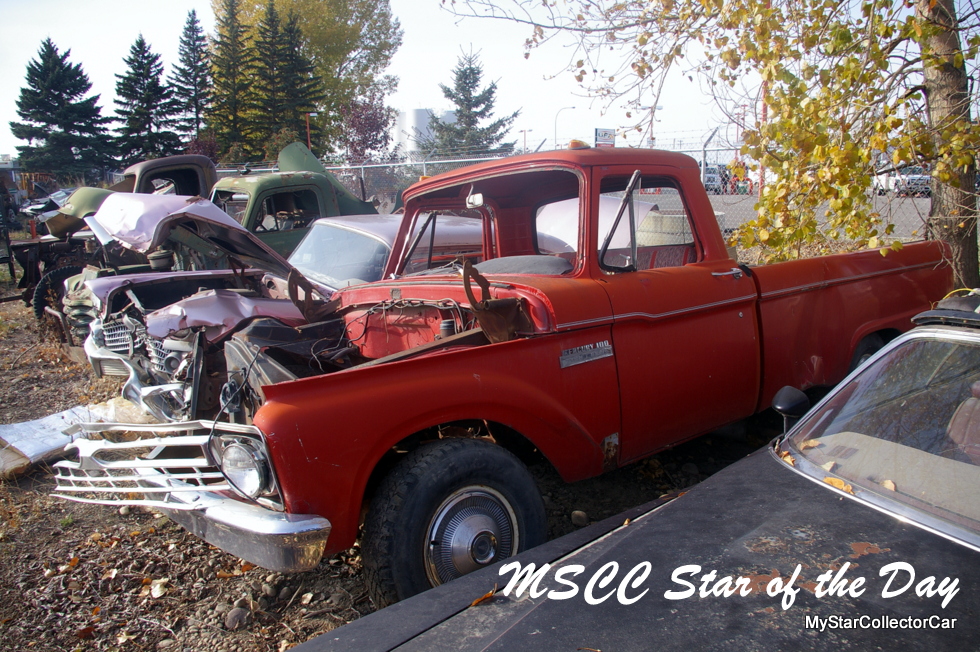 MSCC FEBRUARY 17 STAR OF THE DAY: MERC TRUCK—SAVE IT OR BALE IT?

Projects vary in degree of difficulty.

Some projects are so breathtakingly simple a deep detailing, major tune up and fluid replacements and a weekend of labor are all you need for a rip around the block.

Other projects are far more complex because you reach a tipping point where it might be beyond resurrection.

The MSCC Star of the Day Mercury truck is at that point so do you save it or bale it? 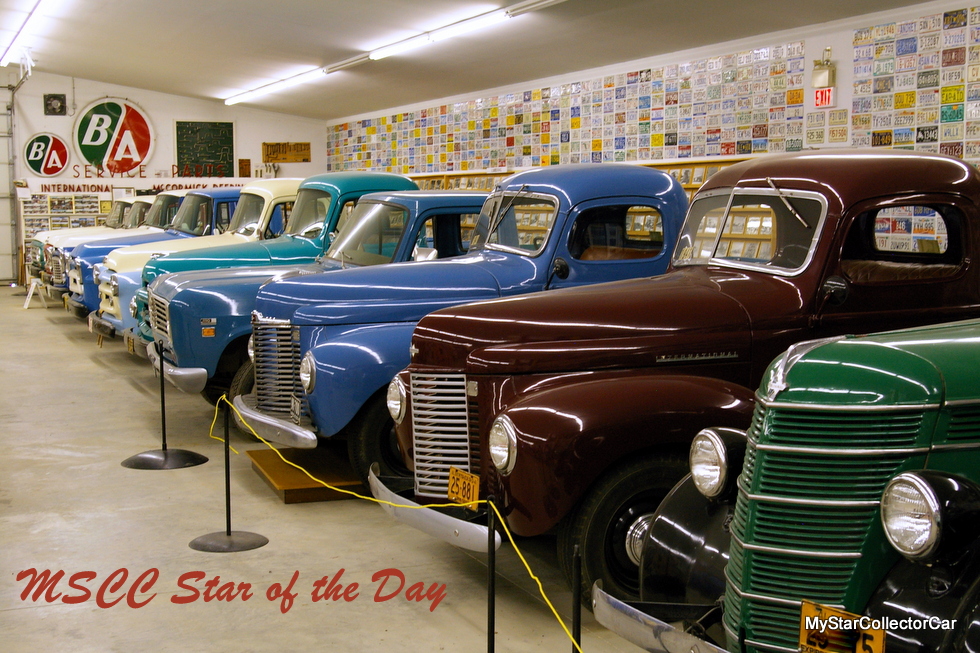 IHC guys are on a bit of an island in the hobby because they’re outnumbered—even by the Studebaker guys.

Their lack of sheer numbers just makes the IHC guys more dedicated to their brand.

Their gatherings are large given the size of the fan club so an IHC show will always have massive support because IH guys aren’t afraid to travel.

The MSCC Star of the Day is a room full of IHC pickups—the promised land for IHC guys. 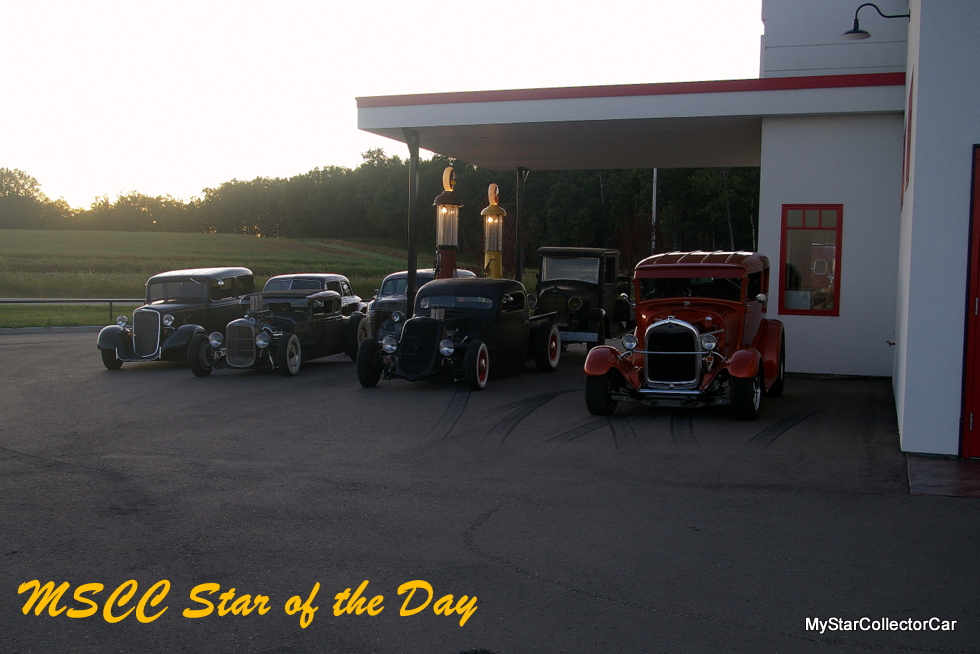 The hot rod was a rebel on 4 wheels so these misfit cars attracted a lot of attention.

Some of it was good because a cool ride  scored points with the babes back in the 50s but a hot rod definitely put you on the radar of the authorities.

You were automatically categorized as a punk, JD (Juvenile Delinquent) or a hoodlum if you drove a hot rod.

The MSCC Star of the Day is a group of hot rods so there had to be some punks, JDs or hoodlums nearby. 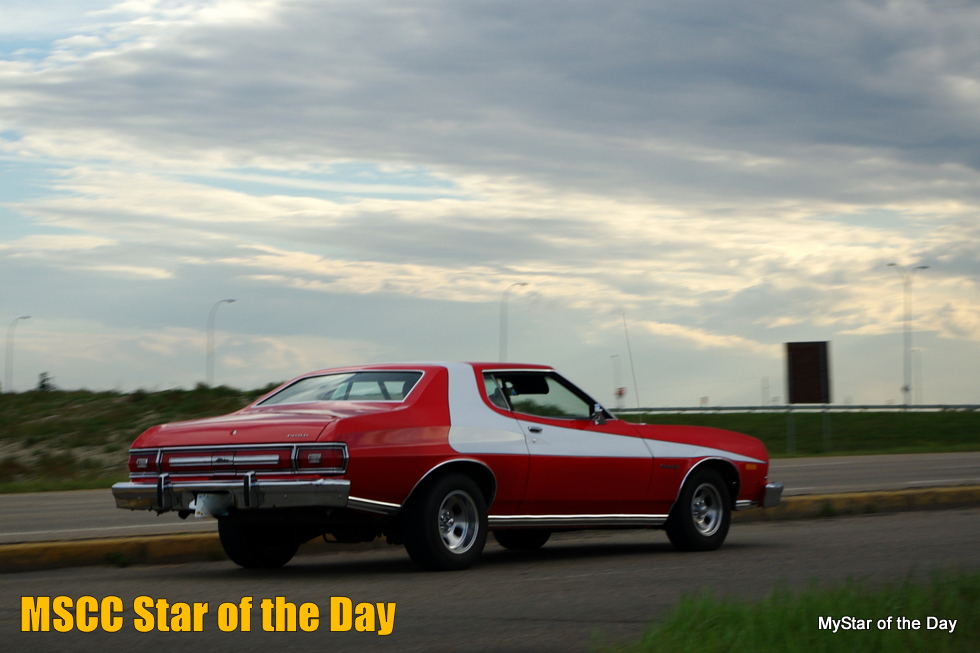 MSCC FEBRUARY 14 STAR OF THE DAY: STARSKY AND HUTCH TORINO—70s VERSION OF A TV STAR

There have been many iconic TV star cars over the years.

The ’55 Pontiac Star Chief convertible started the ball rolling in the 50s but after that you had the Route ’66 Corvette, the Beverly Hillbillies ‘21 Olds, Maxwell Smart’s Sunbeam Tiger and Jim Rockford’s Firebird.

Police cars were also big stars on TV so you saw cars like the ’58 Dodges on Highway Patrol and the ’68 Plymouths on Adam 12.

There were also unmarked TV police cars like the MSCC Star of the Day Starsky and Hutch Torino—the 70s version of a TV star. 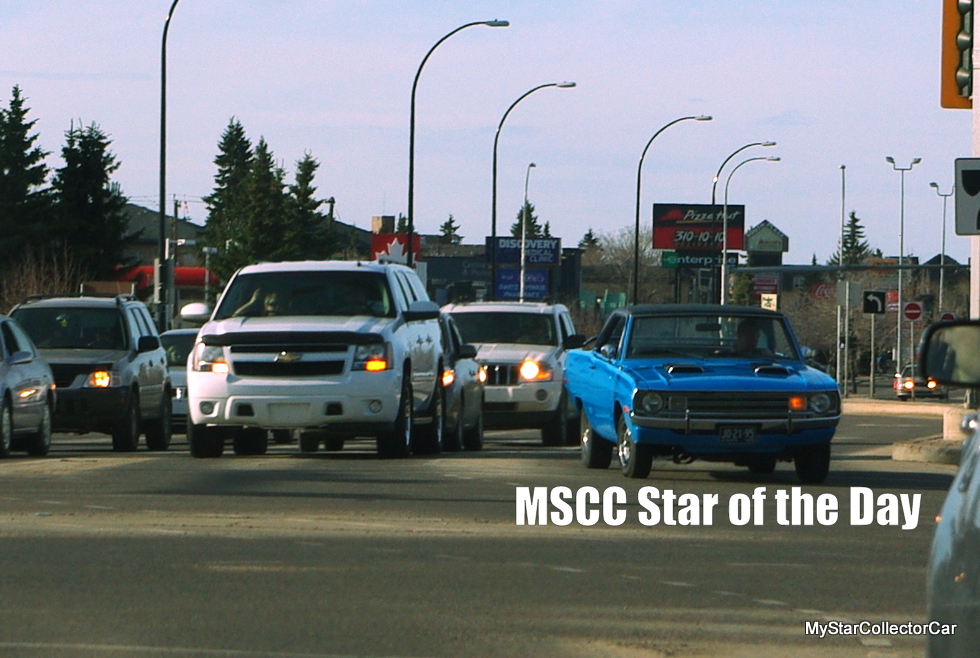 MSCC FEBRUARY 13 STAR OF THE DAY: WANT TO HAVE FUN TODAY? DRIVE A SWINGER

Most human beings seek fun in their lives.

Unfortunately, fun can be a rare commodity in today’s pedal to the metal world.

There’s little relief in the daily grind and traffic can be one of the biggest monsters you face every day so fun is a vague concept at best.

The MSCC Star of the Day is the answer because if you’re looking for fun in traffic then you drive a Dart Swinger.

The Restoration From Hell Pt. Nine