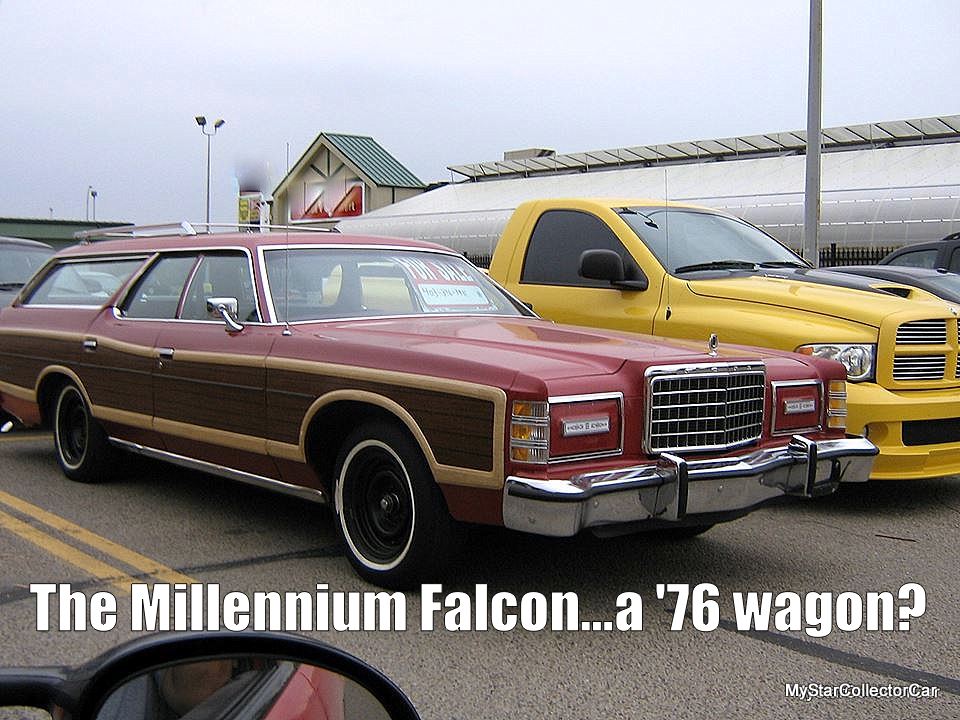 I’m getting pretty excited about the new Star Wars movie.

Which is surprising since the last three Star Wars movies were pretty forgettable journeys into the less-than fascinating arena of space politics.

But, even after being burned three times, I am still quite stoked and I think I can pin it to the fact, from what I can see in the trailers, the Millennium Falcon is back.

‘It’s back baby! That’s what those midi-chlorian-laced prequels needed: a badass hotrod.’ 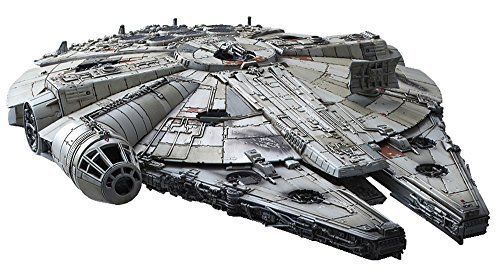 The Falcon is a hot rod without a doubt. George Lucas, revealed himself as a car guy by creating one of car culture’s greatest movies; “American Graffiti” (still his greatest movie – sorry nerds but it is) and the Millennium Falcon is his greatest hot rod – bar none. I think when he created Star Wars he simply decided to just give Bob Falfa a hotter ride – one that wasn’t a James Taylor hand-me-down. Then what happened? Three movies with no Falcon – that’s what happened. George Lucas grew up, traded in his hot rod for a sensible BSUV (box-shaped-utility-vehicle) and he forgot about his roots. 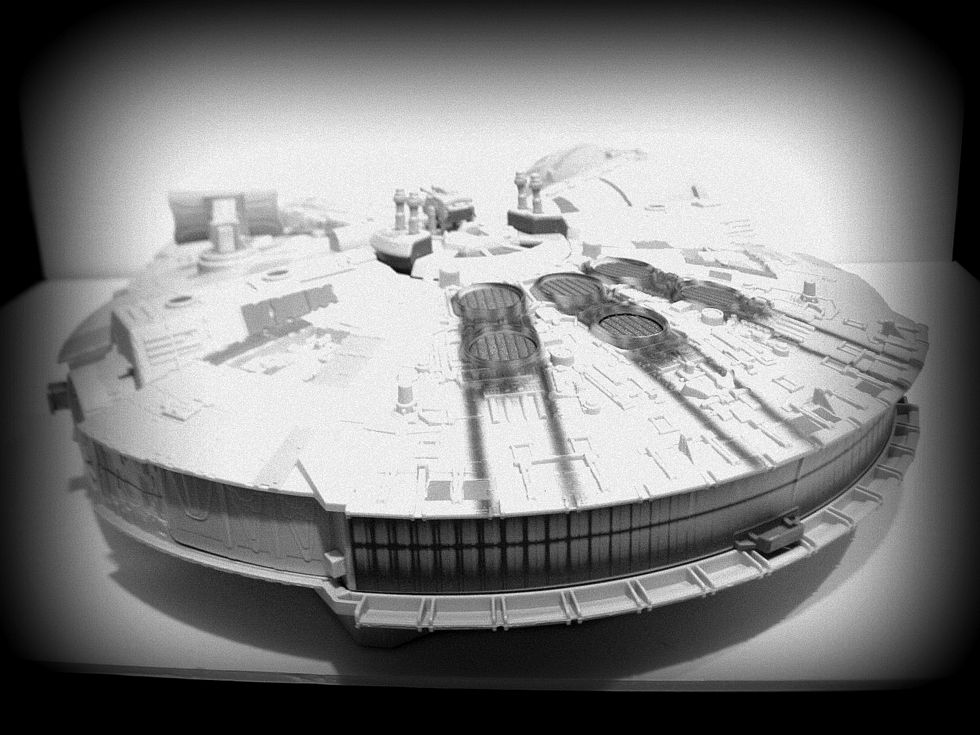 It took JJ Abrams, retriever of all that was once cool, to dig around in the warehouse on the back-forty of Skywalker Ranch (I bet he peaked inside the Arc of the Covenant while he’s there) and pull the plus-sized car cover off the hulking monstrosity that had been resting too long.

I imagine JJ taking the gas cap off and smelling the gas, checking the oil, having Mark Hamill fetch his Isuzu Rodeo and the jumper cables his daughter got him last Father’s Day that he keeps in a big Tupperware container in the cargo area. George is looking around for the keys so, after hooking up the jumper cables, JJ jumps the starter with a big screwdriver. They turn it over a few times with the plug wire off the coil. Just to get the oil pumping around. George finally locates the keys, they WERE in his nightstand but his wife had moved them into a key bin in the junk closet downstairs– because that’s what wives do. After a lot of pumping on the gas and with a little gas poured on the air cleaner the old beast stumbles to life. She runs strong on winter idle but when you kick her down she has a little trouble idling – there is a noticeable hole in the exhaust and lots of smoke. The last registration tag is for 1983. JJ finds a mummified half-empty pack of condoms in the glove box. Mark is pretty sure they belonged  to Billy Dee Williams but can’t rule out Alec Guinness. George asserts, in a very matter-of-fact tone, that they were Carrie Fisher’s. 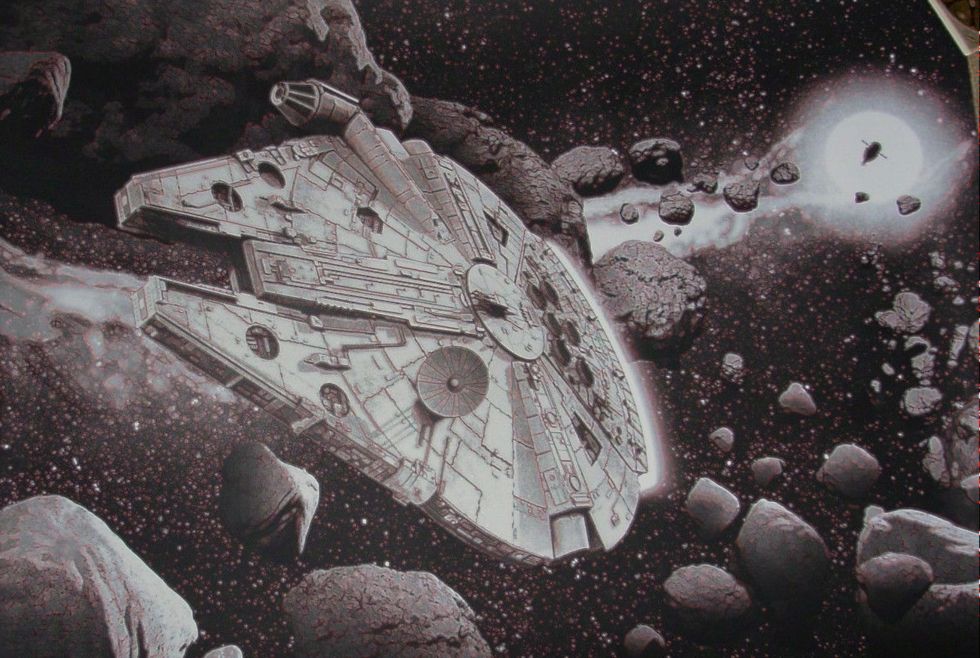 Eventually they limp the creaking ship out of the warehouse under her own power and leave her on an extension cord and a battery charger to charge overnight in the yard… Well at least that’s way I see it going down (I know, it’s all CGI and green screen but leave me my fantasies).

As car guys we’ve all had that car that we imagined was the Millennium Falcon. For me it was my 1977 Mercury Cougar Villager Brougham wagon – a car almost as long as its name. Green, wood-paneled with green vinyl interior she handled like a fat chick on roller blades. And, although I never tried the Kessel Run, I’m pretty sure, with her 351 Windsor, she could do it under twelve parsecs. But much like a Falcon, when you needed it the most, she would fail to go into hyperspace. She would cough and sputter instead and I would have Chewbacca look under the hood. 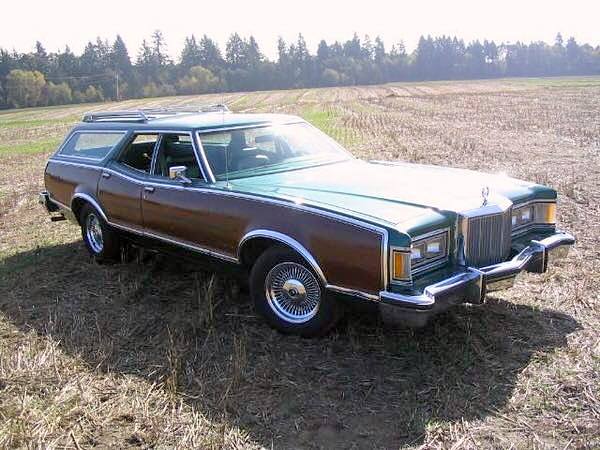 In Star Wars canon the Millennium Falcon is described as a highly modified YT-300 Light Freighter. And like anything highly modified by me, a giant wookie or Tim “The Tool Man” Taylor, it may go faster and have more power but the reliability starts to suffer a bit. It’s a common affliction. If a vehicle needs new tires but could use a super charger – we’re getting the super charger every time. I don’t think the Falcon has tires but if it does they’re bald – I guarantee it.

After seeing that old bird in the first teaser trailer I was locked in. They shot an arrow right to the heart of this car guy. This is a car guy movie. One more spin around the galaxy in a ship that would qualify for antique insurance. My son and I will be first in line come December.