1955 was an unusual year for Chevy trucks.

‘They started out with a throwback look to the first five years of 1950s truck style and ended up with a completely new design halfway through the year in 1955.’

The new trucks were called the Task Force models and replaced the Advanced Design Chevy truck models from the early 50s. 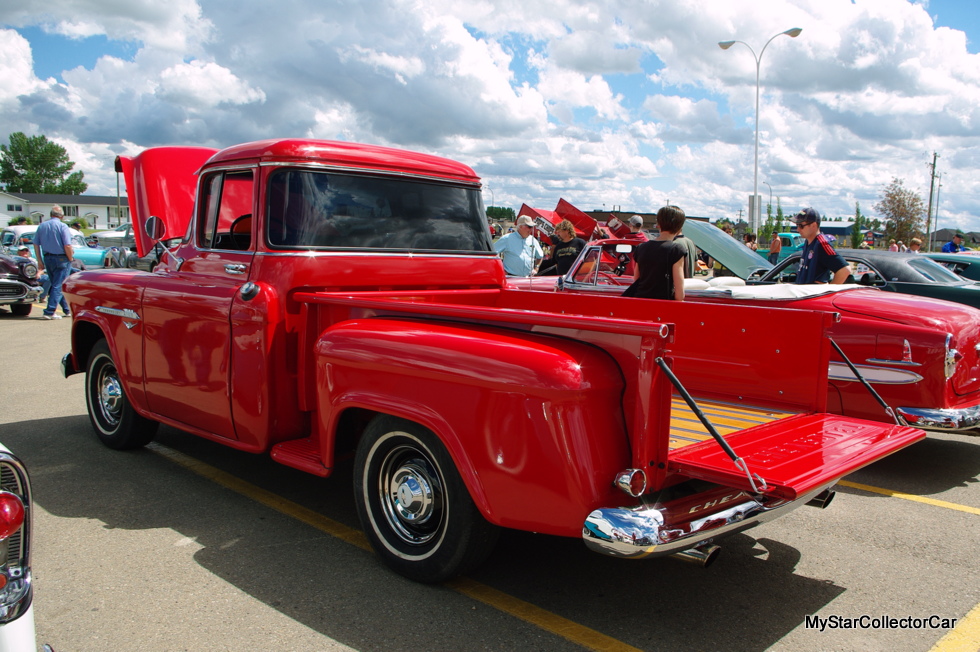 The second wave of 1955 Chevy trucks had many other features that separated them from their early year predecessors. The newer Task Force trucks had the first 12-volt electrical systems offered by GM in their product lines, as well as the first V-8 engines for the pickups. The small block 265 cubic inch engine was a welcome addition for the new truck buyers and formed the base block for the storied 283 engine from General Motors.
The second series 1955 Chevy truck also had the first wraparound windshield produced for GM pickups. It was easy to see why the then-new Chevy truck became an instant hit with customers. 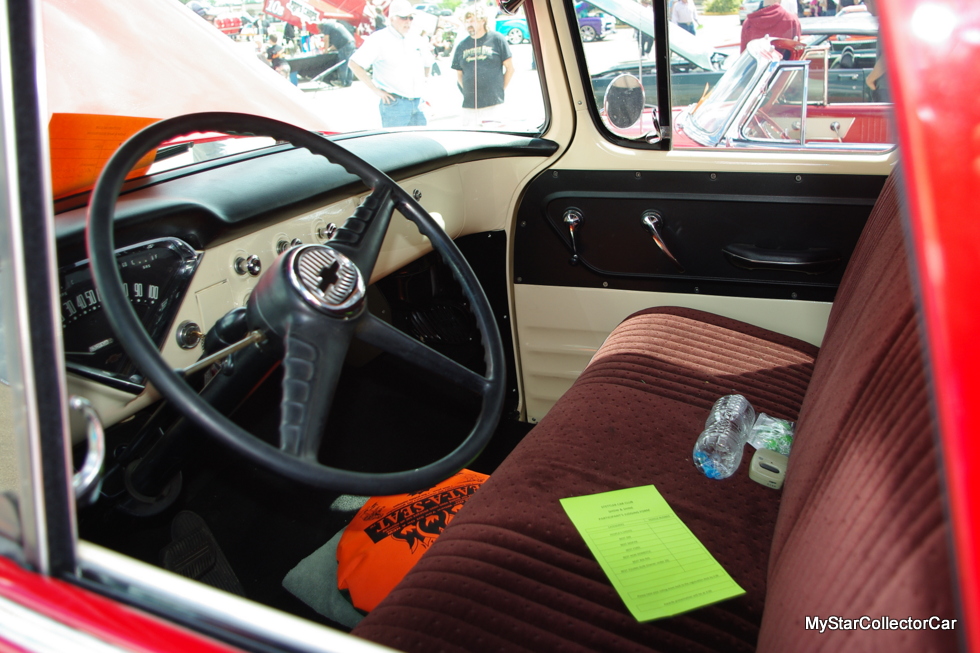 The new look pickup trucks left a big impression on Garry Rushton when he was a young guy in the mid-50s. Enough that Garry currently owns three Task Force trucks in 2015; a collection that includes 1955, ’56 and ’57 versions of the stylish GM pickups. 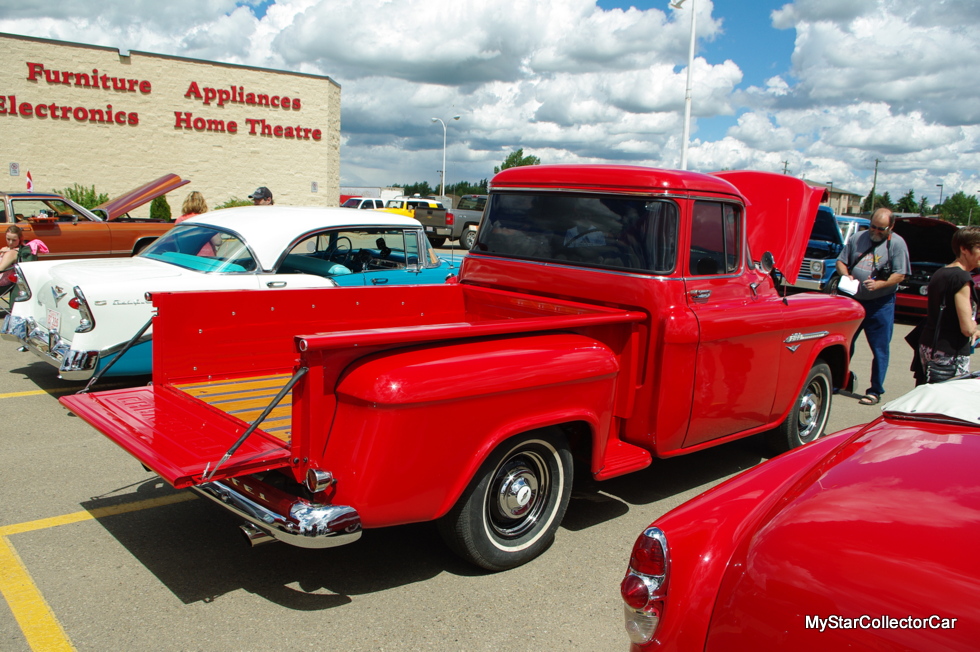 The three trucks are destined to stay in Garry’s family because he also has three daughters who will eventually become the next owners of the trio. We caught up to Garry at a small car show this past summer and wanted to meet the owner of his stylish 1955 Second Series Chevy pickup. 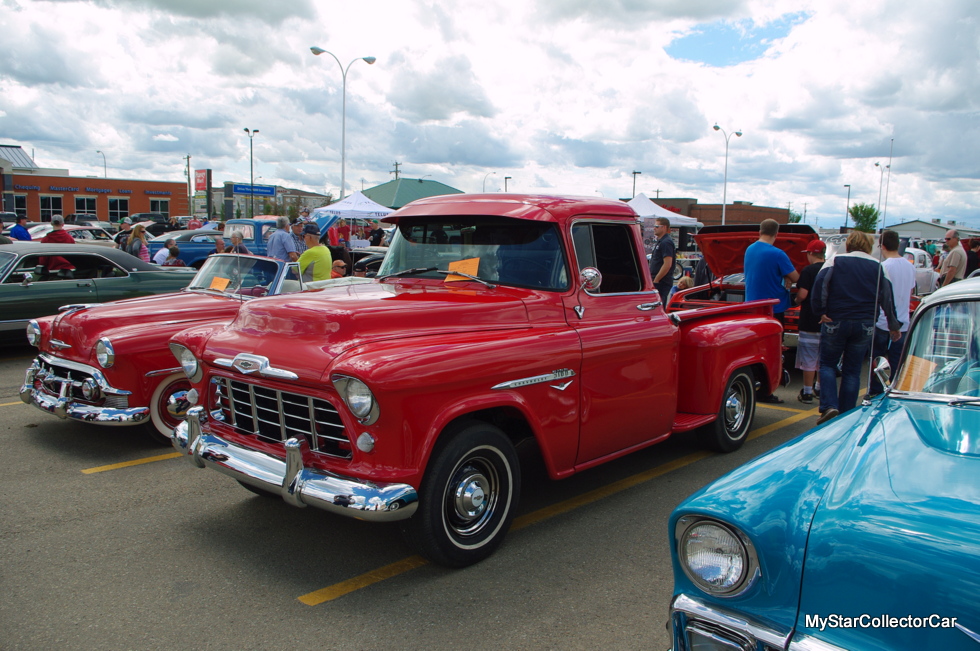 Garry was a licensed mechanic during an earlier phase of his life and has a good eye when it comes to a vehicle’s overall condition. His ’55 still has its original 265 engine and Garry intends to keep the smooth-running truck in essentially stock form. 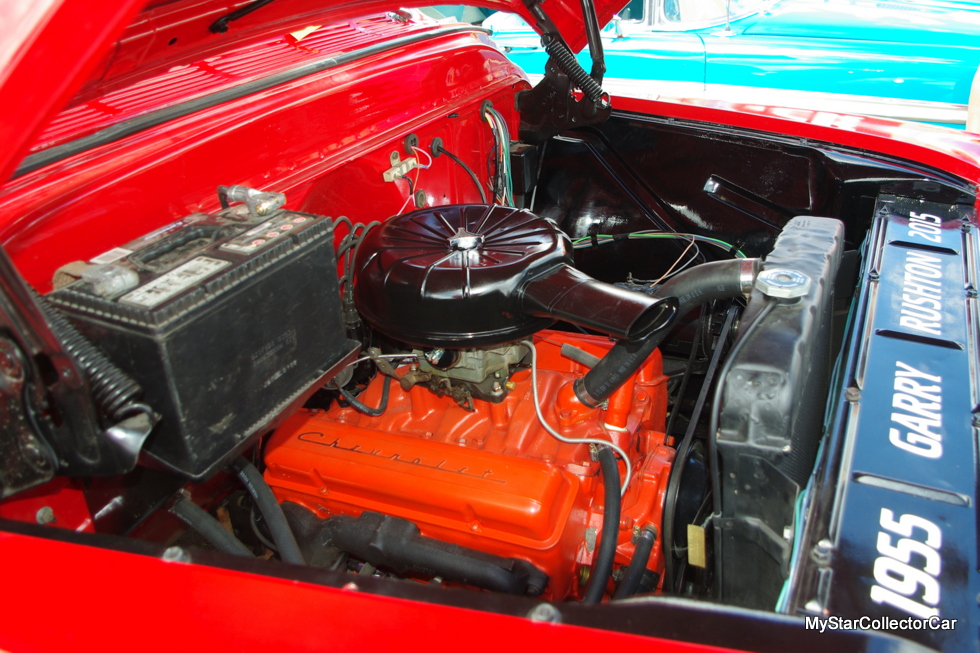 Garry pointed out a few changes, including the 1956 hood ornament of the truck because he likes the look better than the 1955’s original hood ornament. He also noted the truck now has dual exhausts on it so he can get better performance from the little small block. 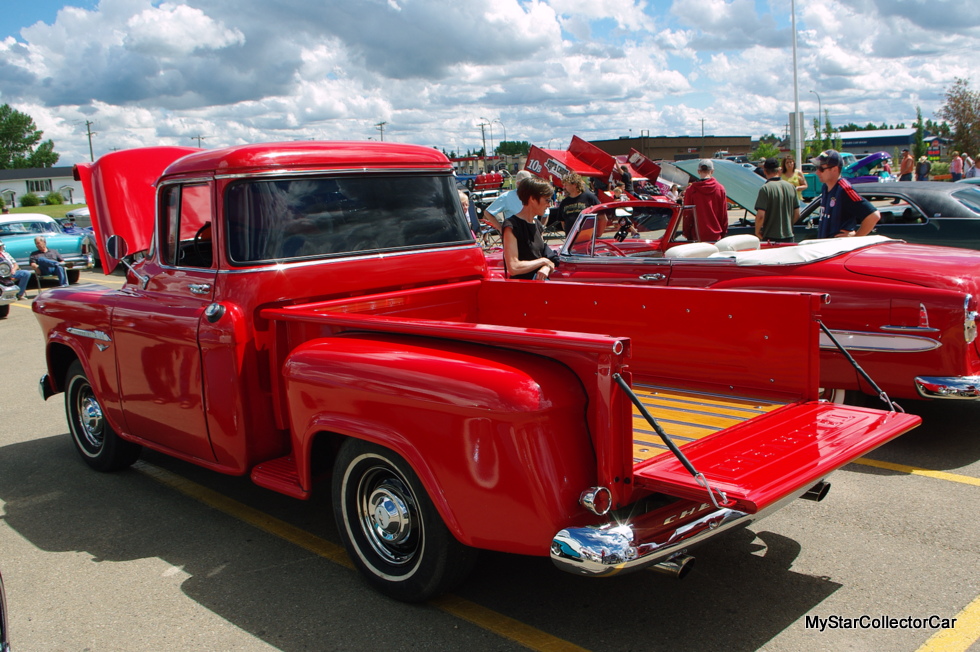 Garry explained how he “has a nice shop and likes to play in it” in his spare time, so his Chevy trucks get Cadillac treatment under his watch. Garry leans toward originality in a big way, so we do not expect to see a monster Chevy big block under the hood of his ’55 at any point in the future.Garry said his ’55 “runs out at 60 mph (100 km/h)”, but he can live with the lower speeds and has no immediate plans to change out the rear end on his truck. We got the impression Garry is more interested in the experience of a trip in his truck and not how fast he gets to his destination.

A laid-back guy like Garry never runs at a blistering pace when he slides behind the wheel of his classic 1955 Chevy pickup.