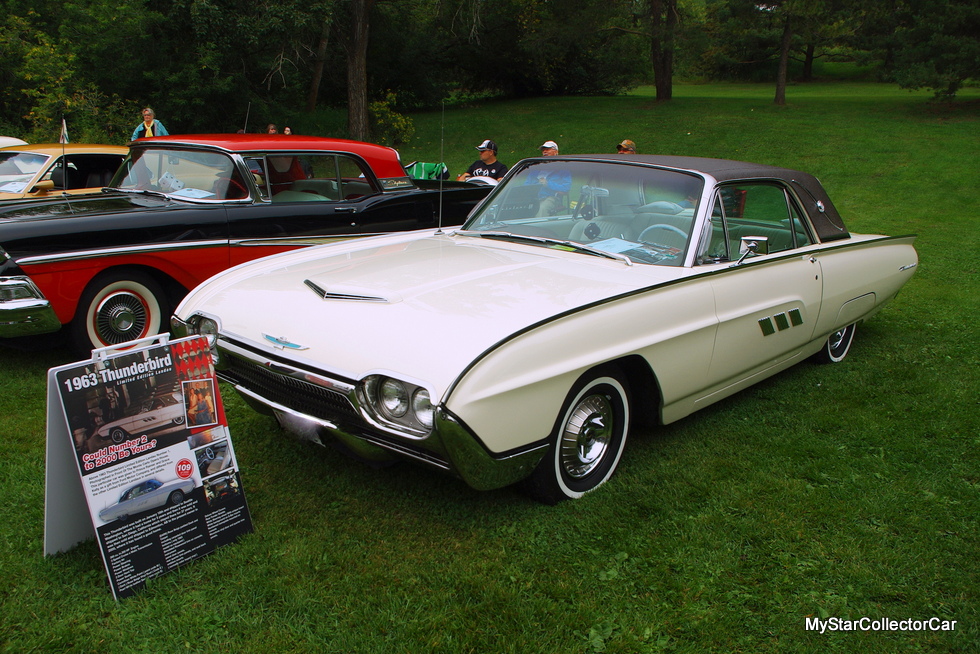 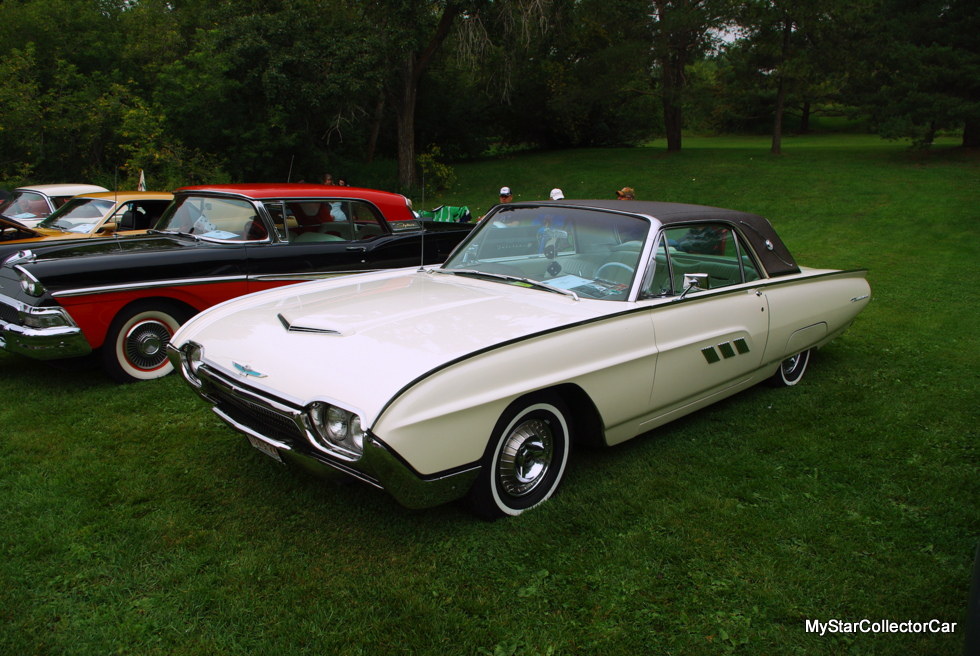 Madison Avenue and Detroit have worked together since the days of the Model T.

The advertisers pumped up the actual features of the car in question to get sales in the early days until  they discovered the power of celebrity endorsements.

This 1963 Thunderbird Limited Edition Landau hardtop wins the ultimate celebrity endorsement prize because a Princess played a big role in its design. 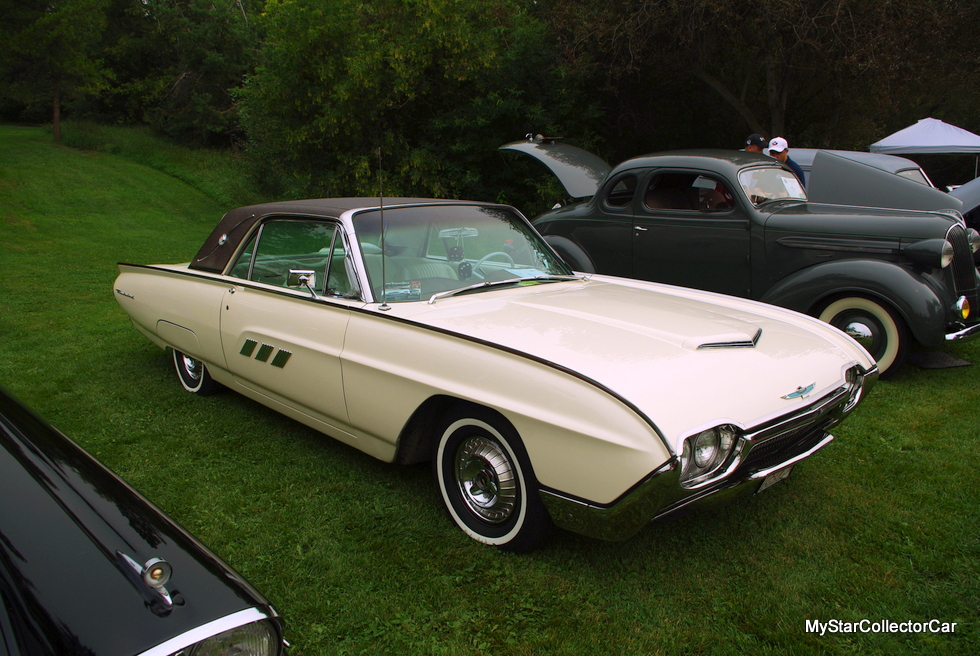 Phil Pollock is the proud owner of this rare 1963 Thunderbird. It was the last year of the Bullet Bird era  (’61-63) and Phil is an expert on the history behind his T-bird. He explained how the T-bird sales were soft going into ’63 and the Ford guys wanted to spike sales so they enlisted the aid of the hottest couple at the time—Princess Grace and Prince Ranier. 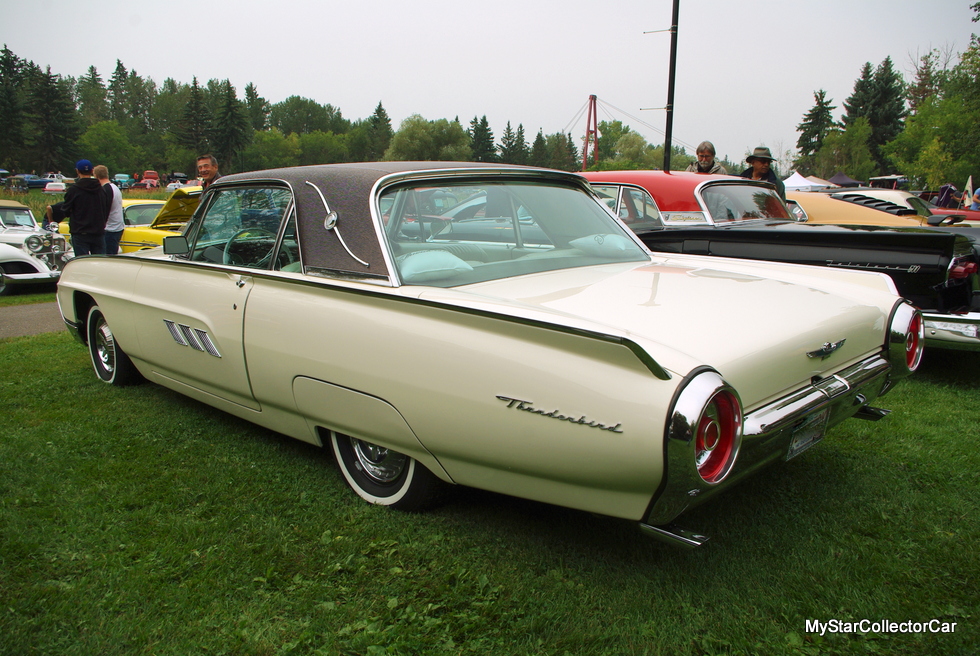 Princess Grace was the big player in the marketing because she designed the interior—right down to the carpet plus she endorsed the paint (Corinthian White) and unique vinyl roof (Rose Beige). There’s a white leather interior as part of the package because royalty doesn’t ride on vinyl seats and Rose Beige carpet. 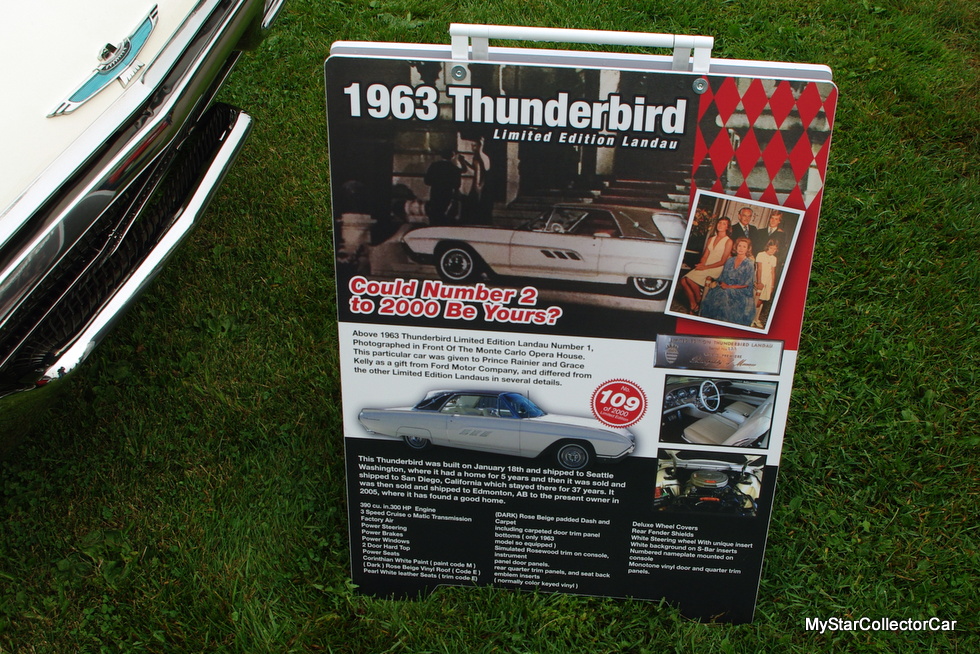 Ford only built 2000 of these T-birds and Princess Grace received the #1 car but every one of them had a number—Phil’s is number 109–his license plate reflects it. 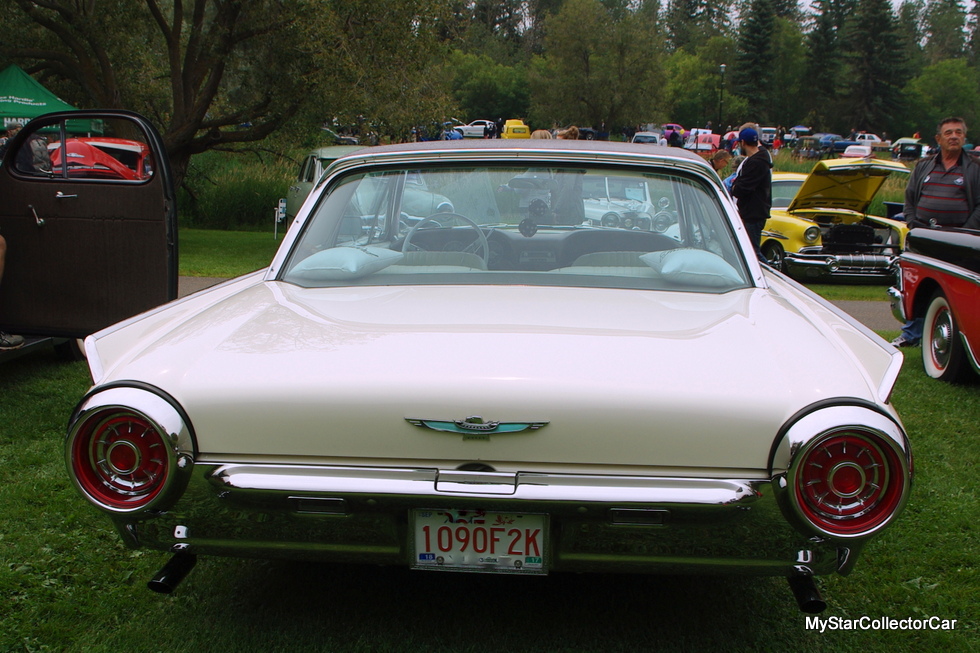 Phil spent 15 years searching for a Princess Monaco T-bird because these cars are so rare but his efforts paid off in a big way. This is basically a three-owner car because it was in Seattle, Washington for its first 6 years then it spent 35 years in San Diego. The Thunderbird was then willed to the owner’s brother in Ontario, Canada where it sat for another 6 years.

Phil took delivery of the Thunderbird 15 years ago and it was in good shape but it needed some cosmetics even though the previous owner had the paint and vinyl roof re-done. The driver’s seat was showing wear so Phil had to buy the whole set to replace it and now the interior is back to ’63 showroom condition. Phil also had the bumpers re-chromed to keep the car’s exterior pristine. 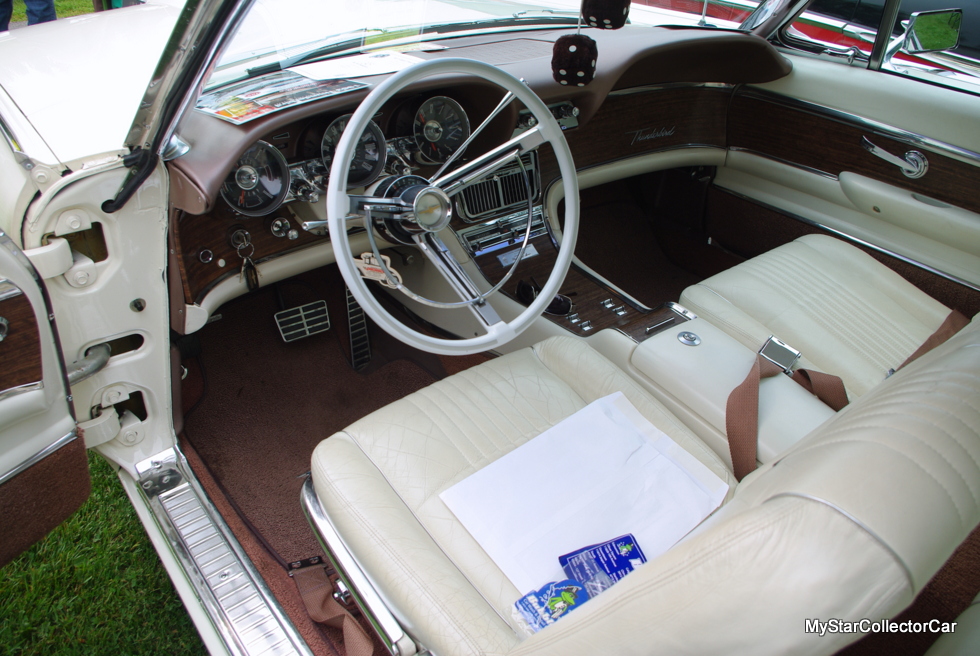 The Thunderbird paid a price for its extensive hibernation because Phil also had to re-do the engine. The car leaked like a rubber dinghy after a shotgun blast so every seal and gasket was replaced and the rest of the engine had every part analyzed and replaced as needed. The air conditioning was rebuilt and now the T-bird pumps out chilled air on demand. 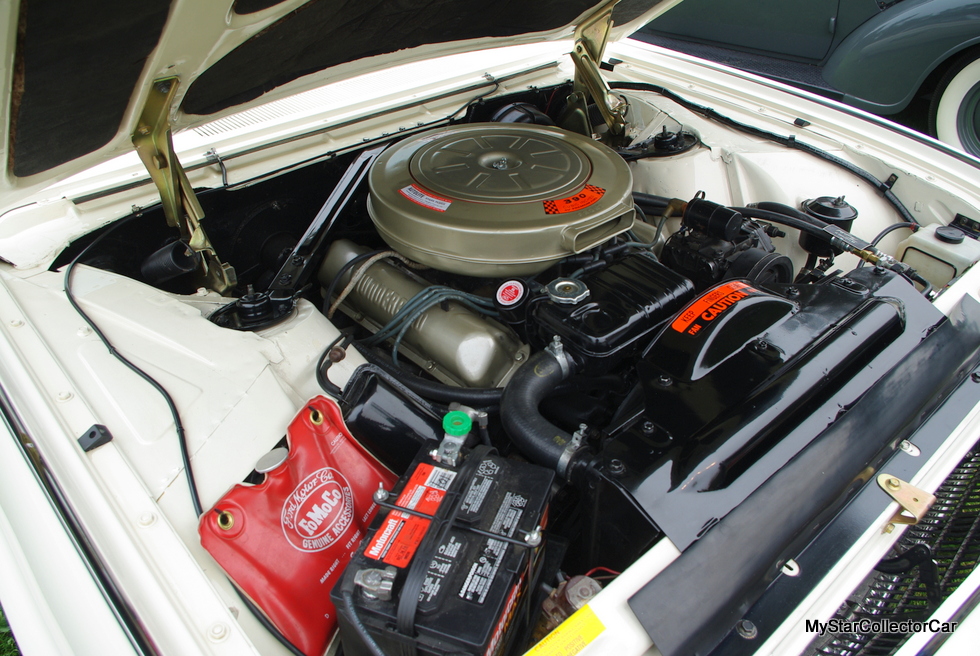 Phil learned a lesson from that experience—don’t store classic iron for extended periods of time. He’s put on over 20,000 miles on the car and they’ve been trouble-free. He said the car “rides very nice” and he runs it at the speed limit on the highway because the 390 V-8 has no problems at 70 miles per hour. 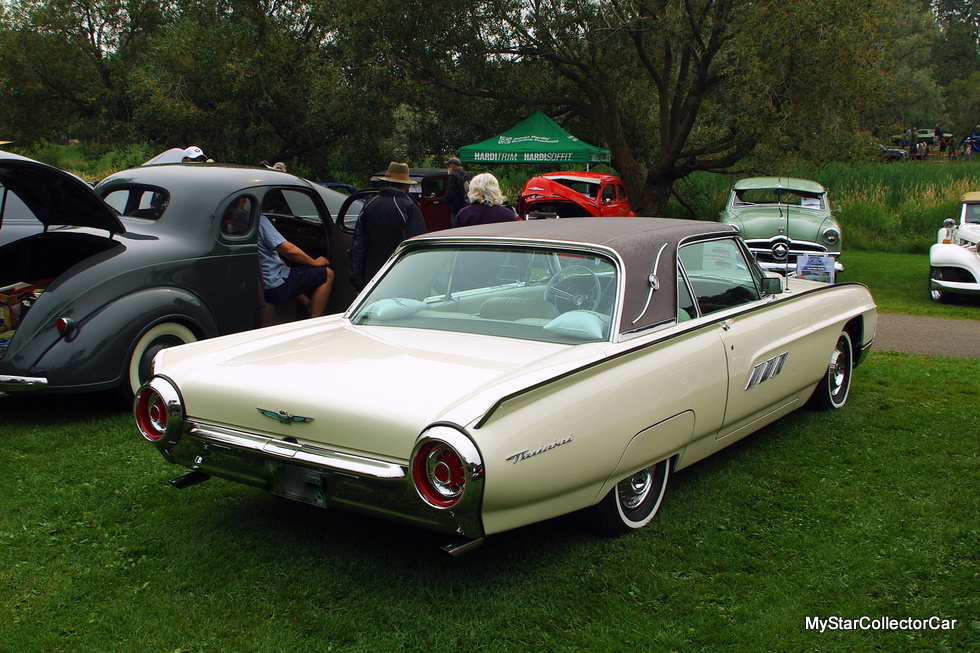 He said the car “takes off fast” thanks to its 427 ft lbs of torque and it pulls down a respectable 18-20 miles per gallon in the process but this T-bird was built for royalty, not gas mileage. 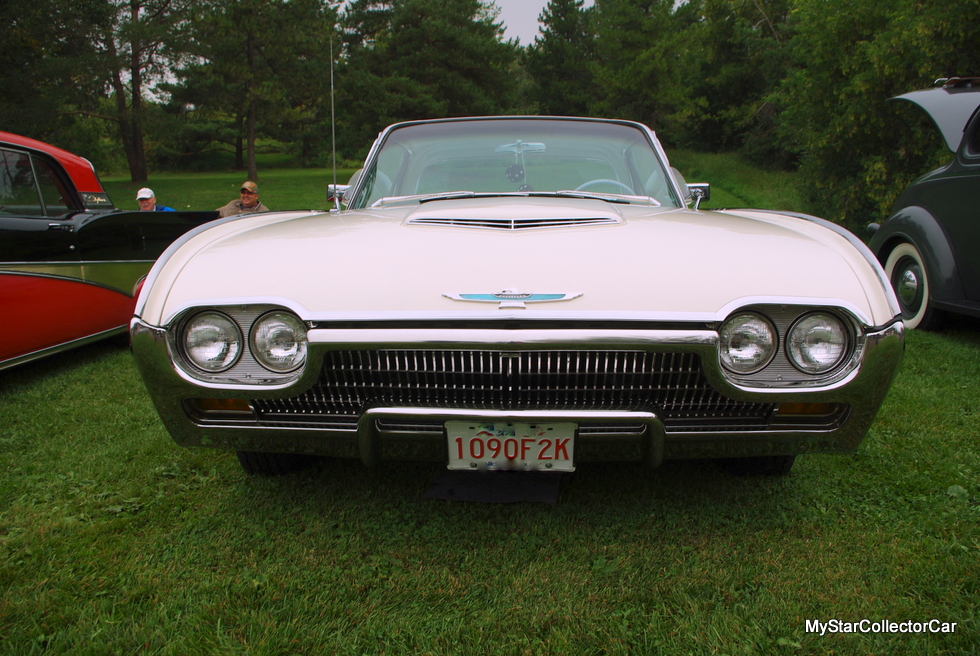 Phil spent years looking for this rare Princess Monaco Thunderbird so there is no question it’s staying in the family because royalty always has a succession plan and his son likes the T-bird as much as he does.