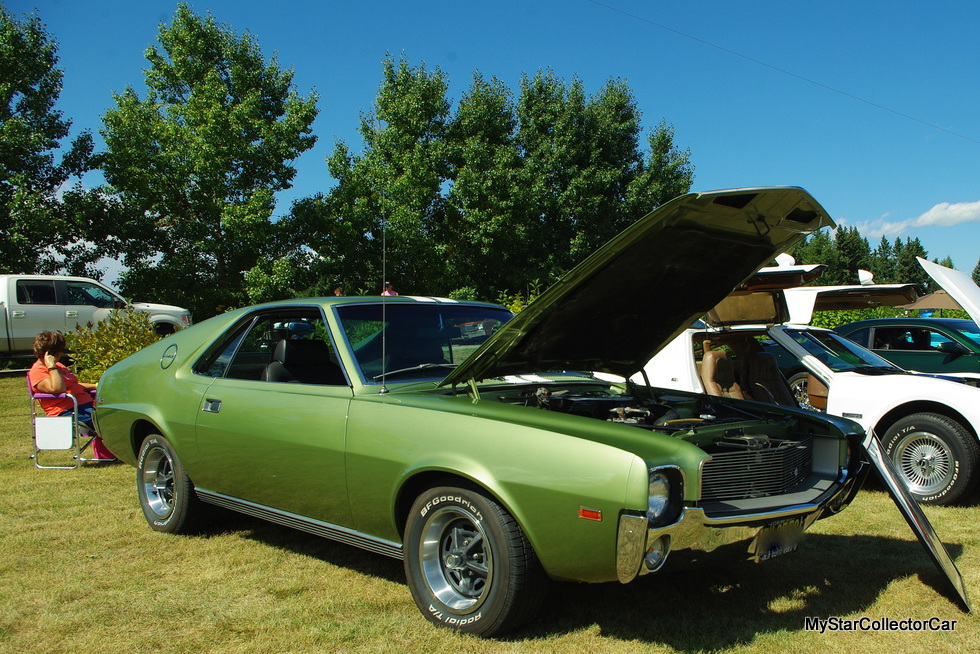 The typical scenario in the car culture is a male owner and a wife who is lukewarm on the idea of an old car or truck.

Most guys overcome their bride’s lack of enthusiasm by compromising so the negotiations start the minute he parks his beloved ride in the family’s garage.

The road less taken is simple—the husband will buy a classic piece of iron for a skeptical bride so she can fully appreciate the world of old iron.

Ken and Hazel Forsythe are the proud co-owners of a 1969 AMX. There’s no evidence to suggest Hazel had to be bribed to like the car hobby but she’s definitely a big fan of the family AMX.

Ken bought the car about five years ago and he was well-versed in the history of the car. The previous owner had it for “about seven years” and he bought the AMX from a collector who “didn’t want the car anymore”. 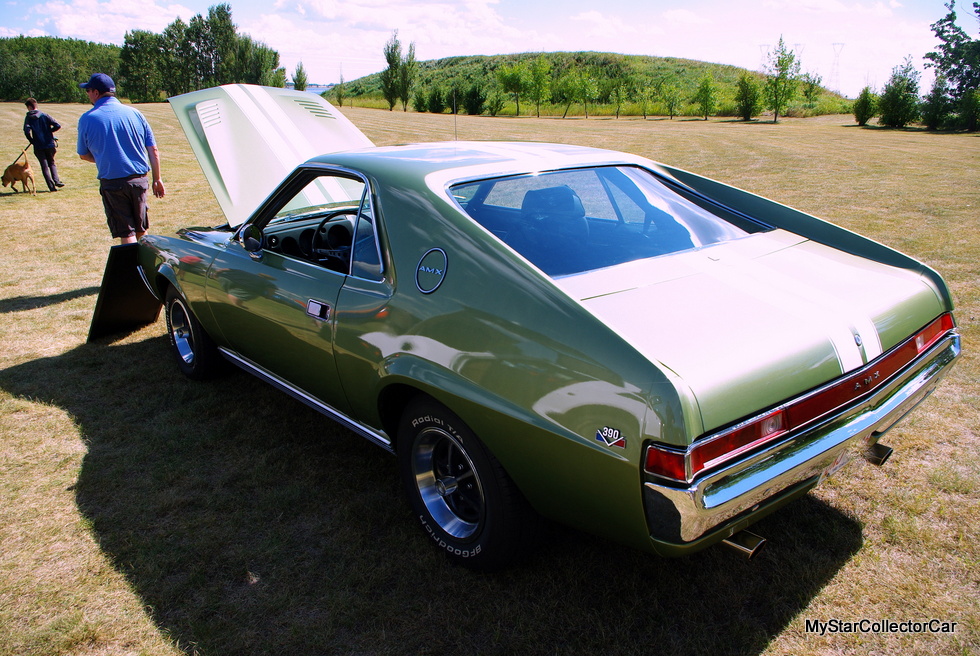 This is an immaculate example of the AMC two-seater sports car. Ken said the “only thing they did was paint the car once and they did a wonderful job”.

The AMX was well-maintained over the years and the car was pristine before the paint job because they didn’t have to do any serious repairs before the new coat of paint. This is a 390 car–the same car/engine combination that struck fear in the heart of Big Three muscle cars back in ’69. 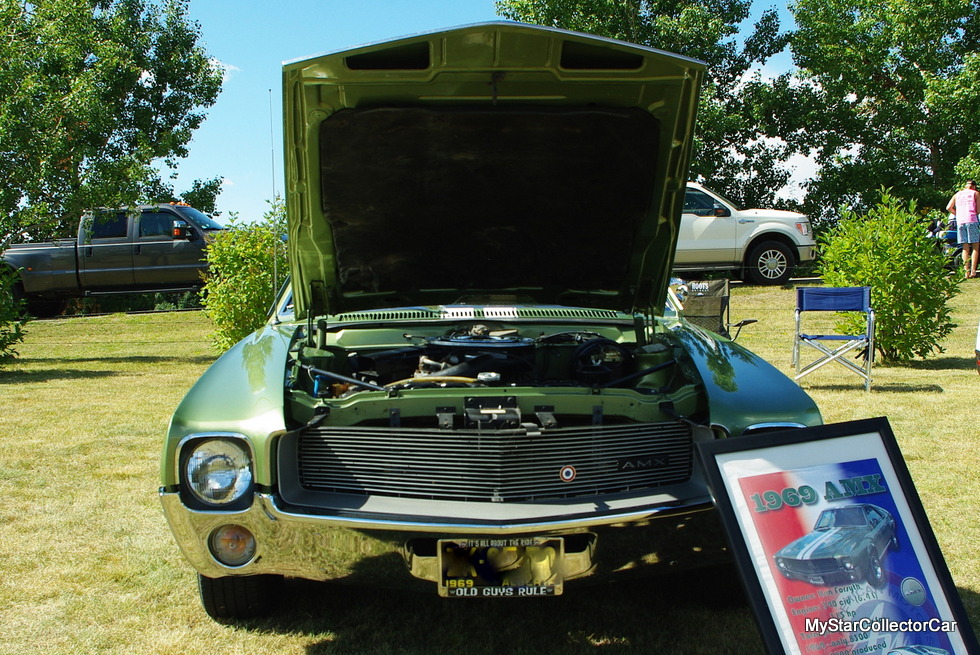 Ken said the “guy who owned it never had to do anything to the car” and the car remains trouble-free to this day. The dash and interior are mint and the car even has the original spare “complete with factory orange overspray”. 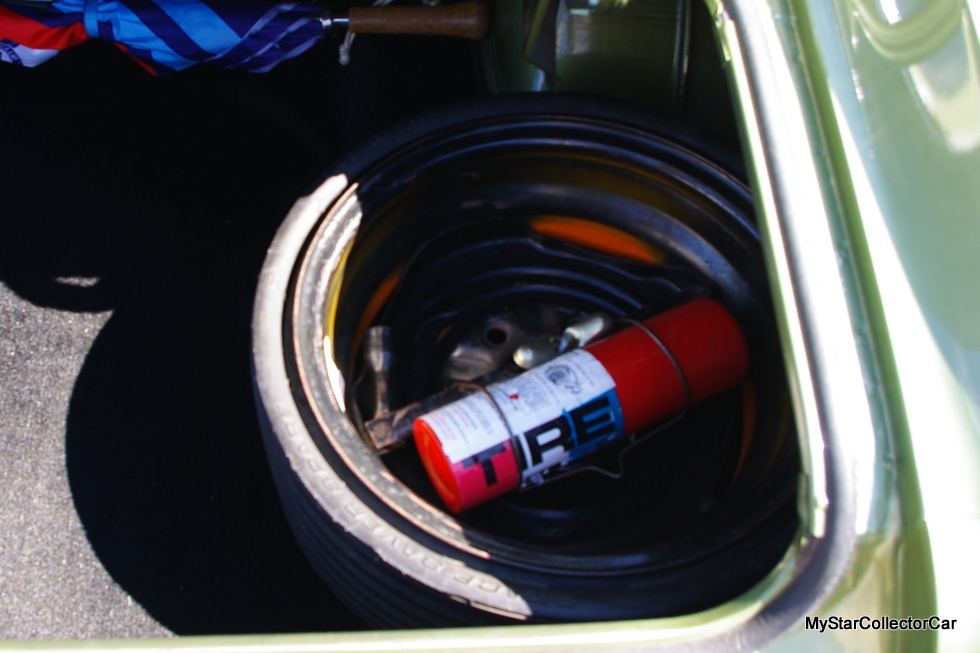 The only thing that doesn’t work is the factory air conditioning and Ken attributes this to a seized clutch in the compressor. He wants to find a retrofit that looks like the original but functions well but so far the search has been a dead end—he said “try to find a guy who does this stuff because it’s really tough”. 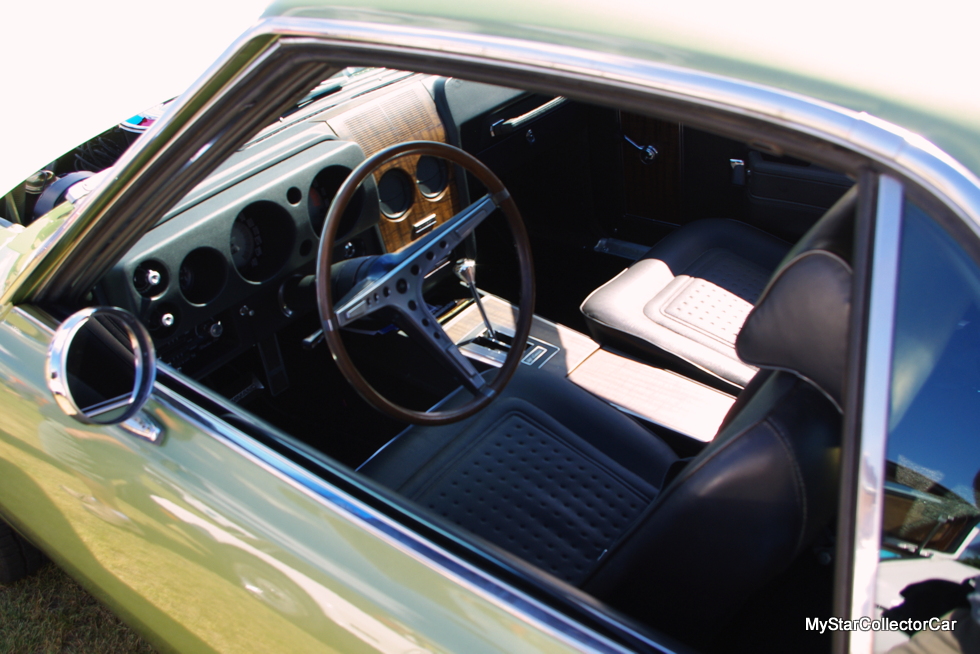 Ken and Hazel are not the kind of people who let a classic car sit in the garage so the AMX sees a lot of time on the road when the car season is in full swing. Ken said the car “goes down the highway really nice but it drives like an old car”. He likes to get it out whenever he can so he “drives it a lot” because he believes in regular exercise plus he starts it at least once a month during its winter hibernation so the AMX definitely doesn’t suffer from neglect. 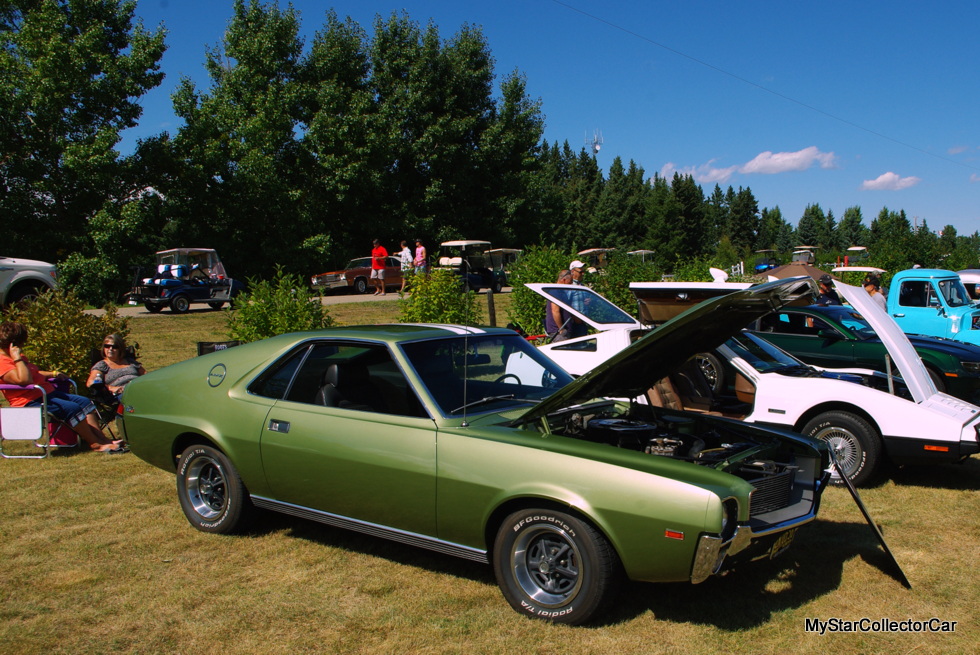 Hazel loves the driving experience. Hazel said she “really likes the sound because it’s got a rumble and it’s got lots of power”. Hazel likes to run it at highway speed but Ken isn’t afraid to run it at little higher level. She does take exception to people who “call it a Javelin” so she tries to educate them on the difference—the lack of a back seat is a big clue. 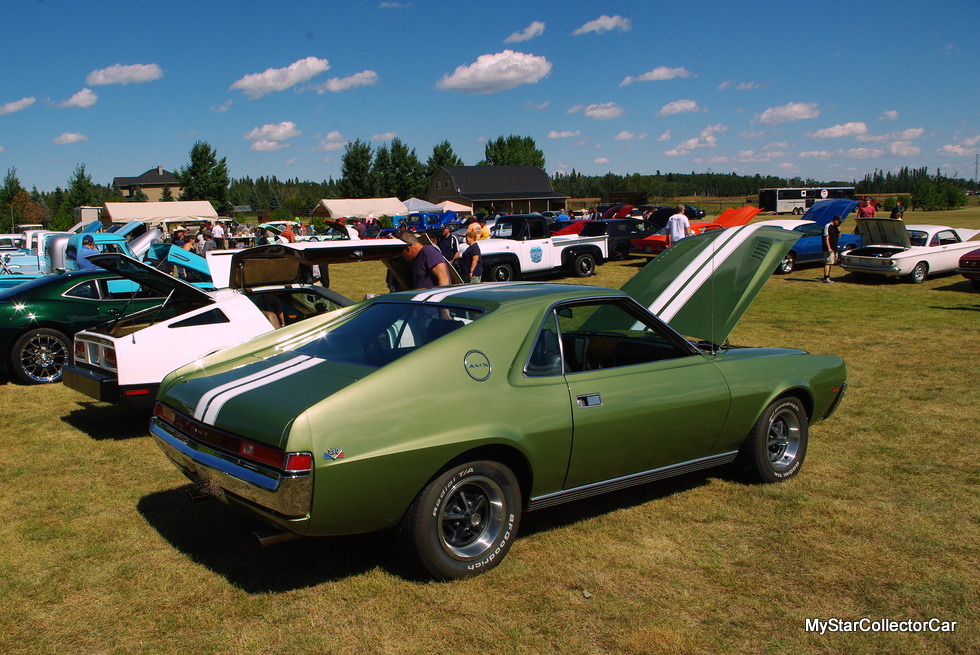 The Forsythes like to hit the local car show circuit so the AMX does get to places where it’s really appreciated for its rarity and its mint condition. 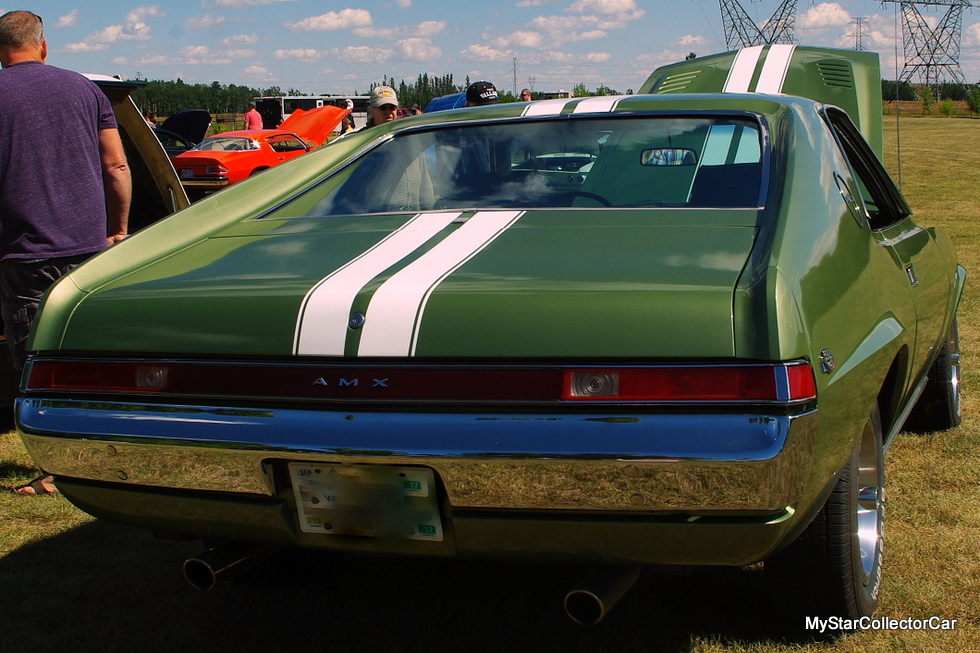 Ken also has a Bricklin so they travel in tandem because the couple with a his and her car is a happy couple.