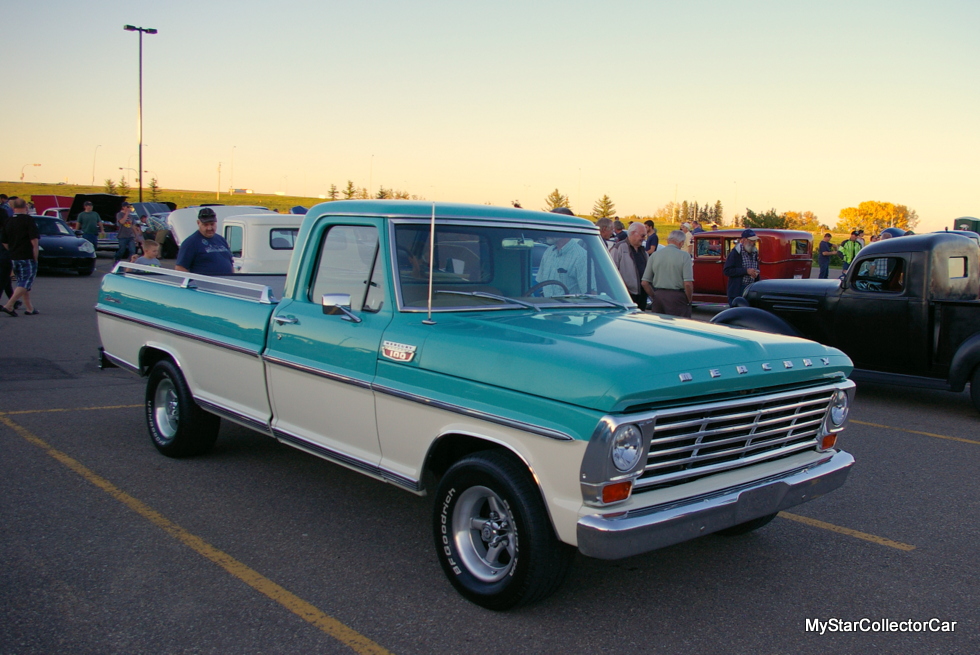 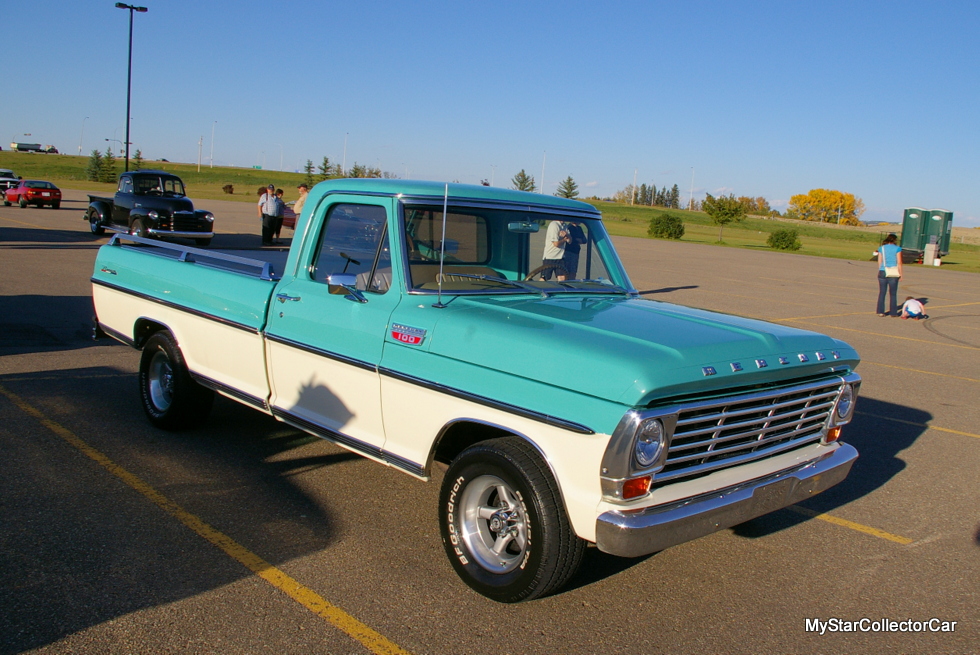 Car guys choose a very hazardous route when they take a vehicle that is an assembled mass of parts and disassemble it into many small pieces.

Even a well-documented disassembly process, complete with labels and photos, is still shark-infested waters for car guys.

Ernie Thompson bought a house 20 years ago and discovered a 1967 Mercury Ranger pickup truck sitting in the backyard. 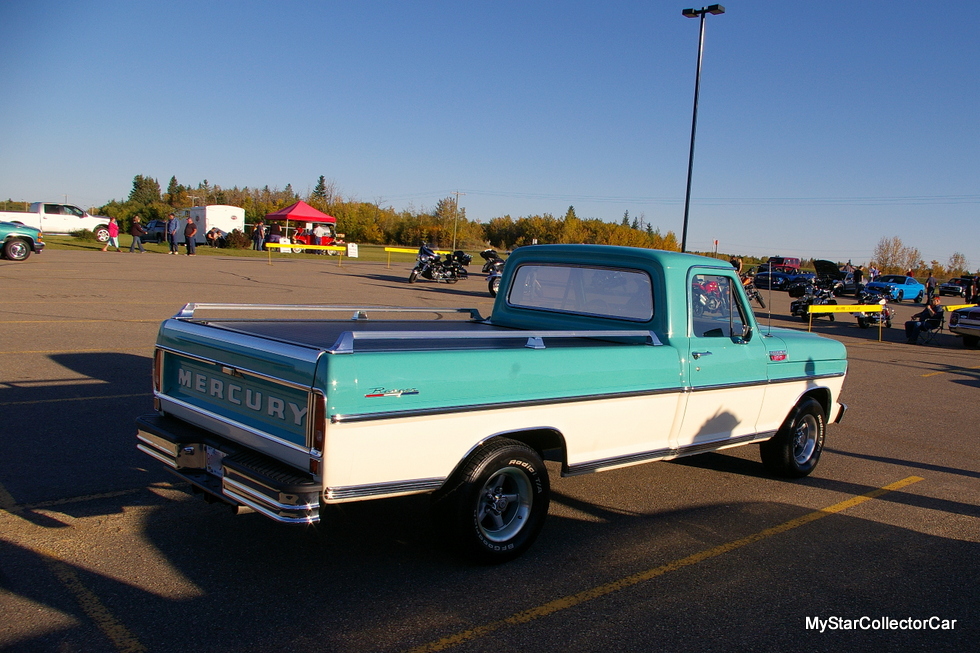 He paid the house owner an additional 500 bucks for the Canuck truck and began a long adventure with his Mercury pickup.

Initially he dropped a 429 big block into the truck and drove it for a short period of time. Then Ernie decided to improve the appearance of the truck and paint it. 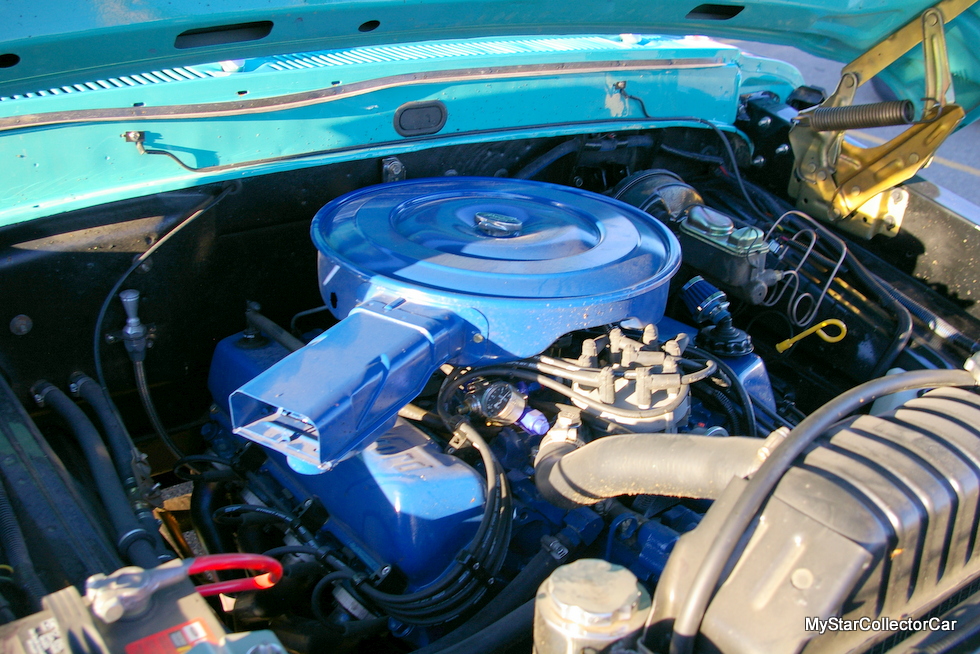 The timeline on the restoration expanded because the truck eventually ended up in many pieces and Ernie had little extra time or cash to reassemble his giant puzzle.

Ernie is a family man and his kids took priority over the truck project until they were old enough to move away from home.  Their adulthood opened the door for Ernie to put all the pieces of the truck back together again and improve it along the way. 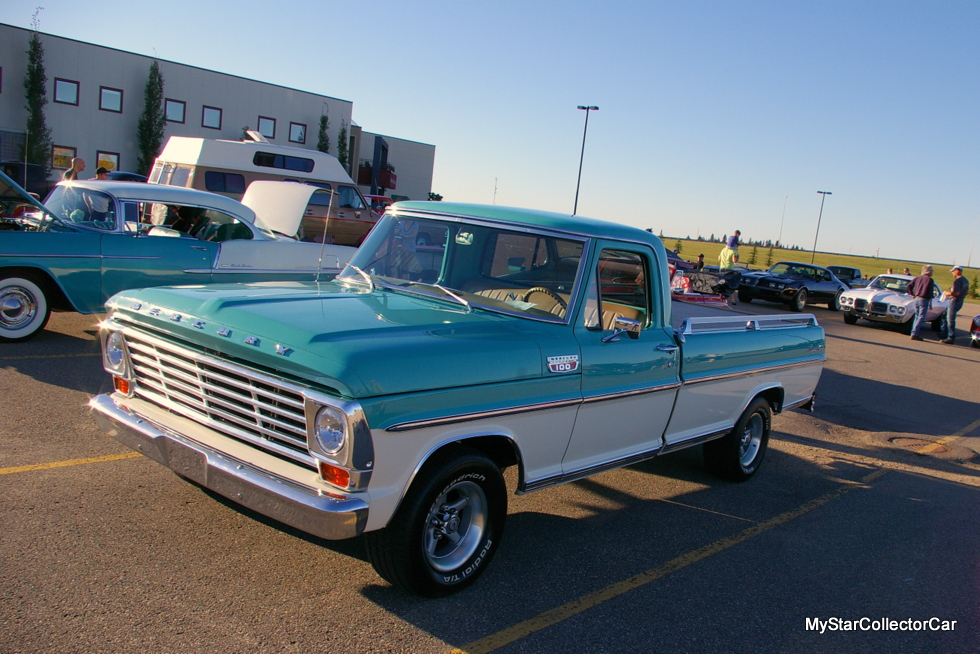 Ernie is an electrician who decided to expand his reach into the automotive and auto body fields in his spare time. In other words, he is a do-it-yourself man who wanted to tackle the Mercury project on his own. 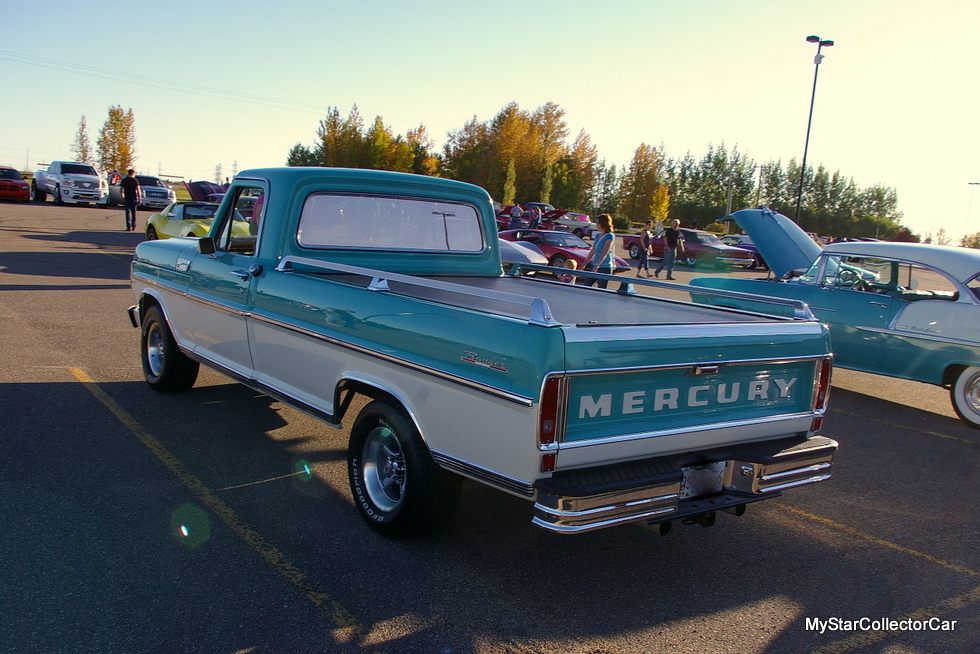 “It doesn’t mean anything if you don’t do it yourself”, in Ernie’s opinion, so he immersed himself in the major reconstruction project. “You learn body work and mechanics along the way”, according to Ernie. 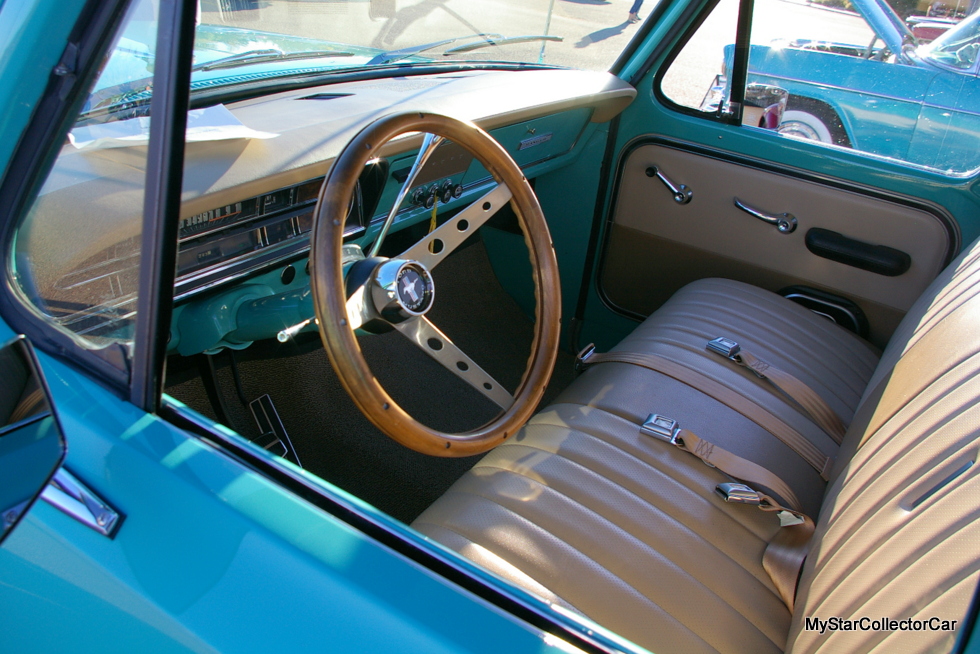 The process was slow and Ernie recalled how it took a month just to put the tailgate assembly back together with the help of a shop manual. 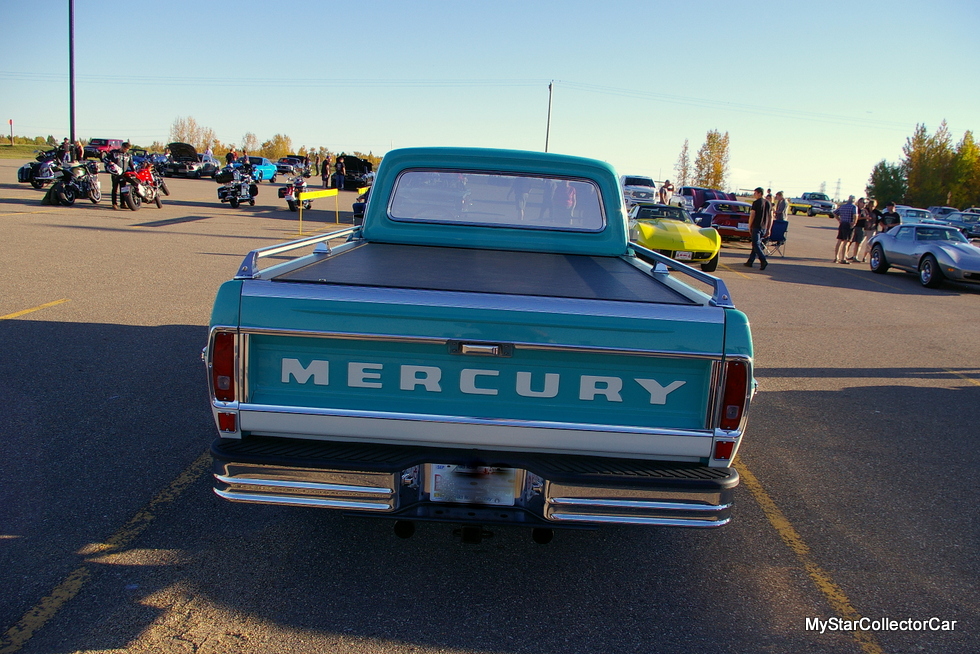 Eventually the Mercury truck came together for Ernie and he was responsible for all the reassembly of the former collection of pieces. Few car guys have the patience or skill set to put Humpty Dumpty back together again in their garage like Ernie and he should be proud of his accomplishment. 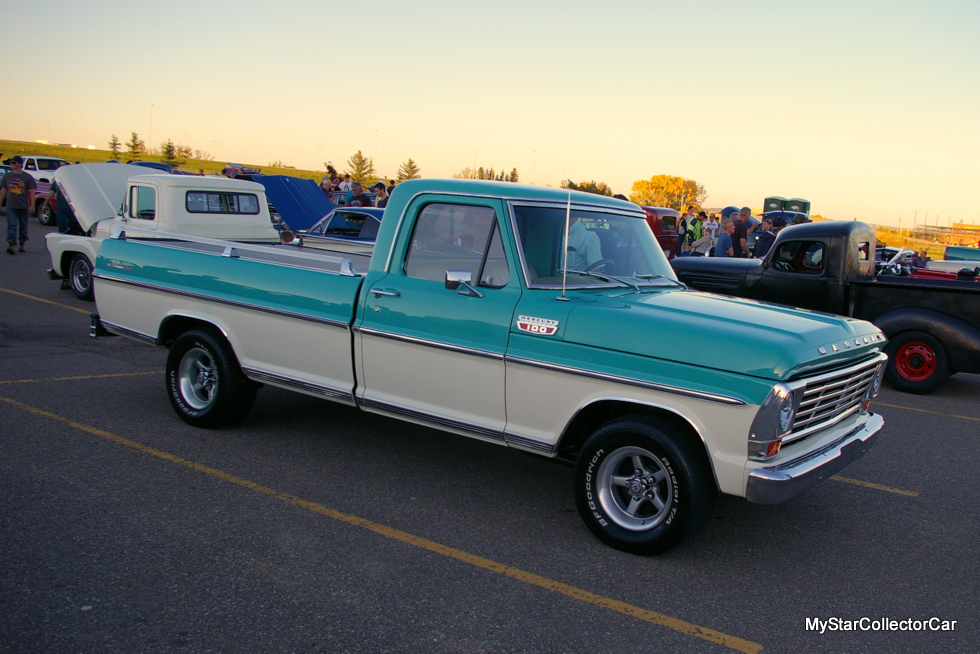 Ernie noted the truck was block-sanded three times in his garage before he was happy with his stock color paint job and all of the work took place in his garage. 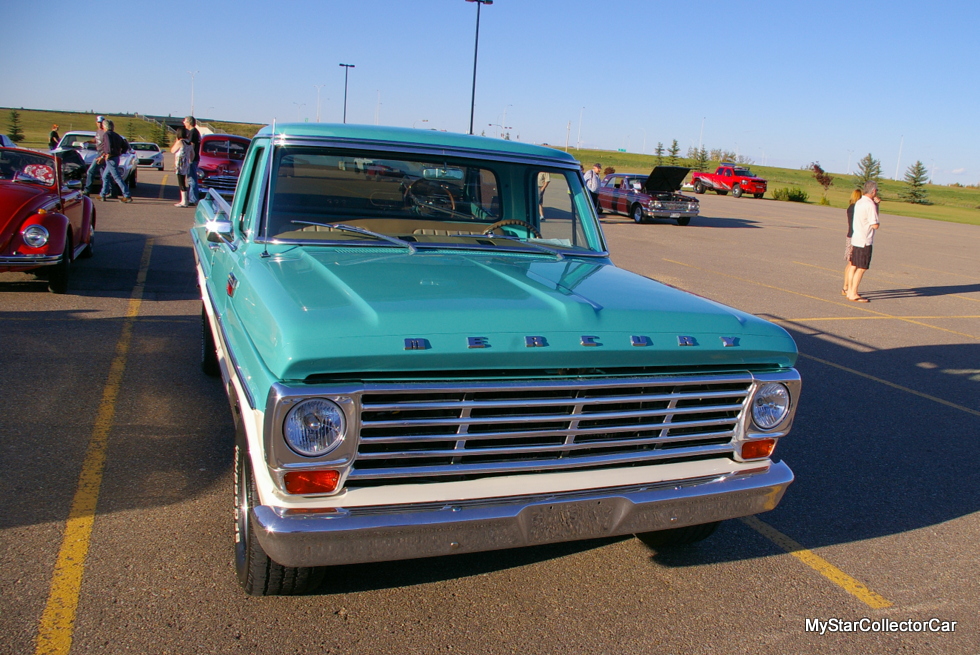 However, Ernie may well be his own worst critic because he told MSCC he “could find about 30 different screw-ups in his work”. Ernie conceded that his project “was a journey and learning process that produced a sense of accomplishment”. 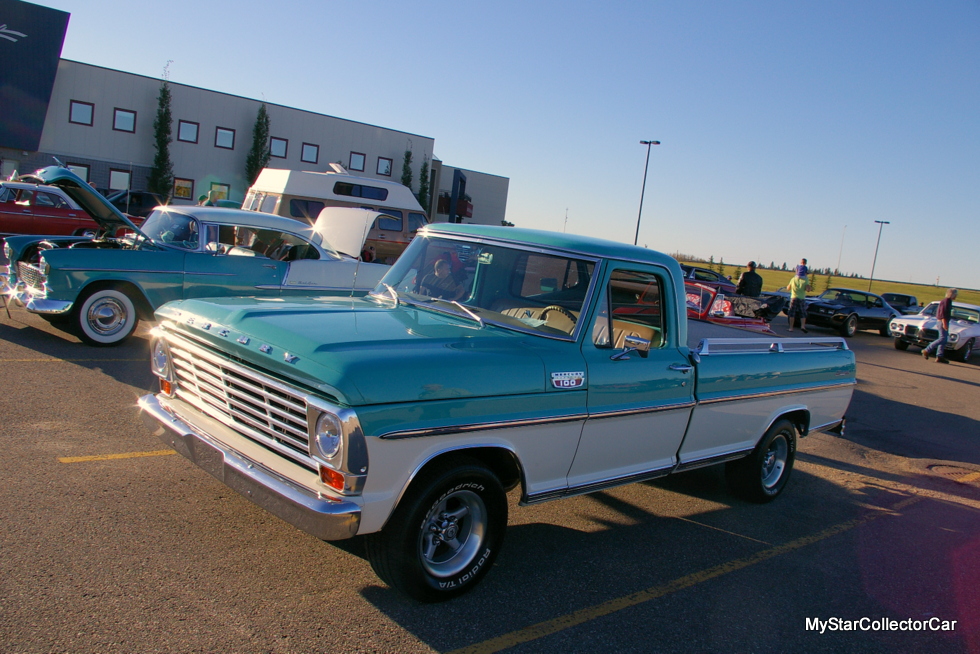 The truck was built to be a shop truck for Ernie’s electrical contractor company and was completed in October 2015. Unfortunately the Merc got some war wounds in January 2016 when another vehicle ran into the back of the truck during a trip to a car wash. 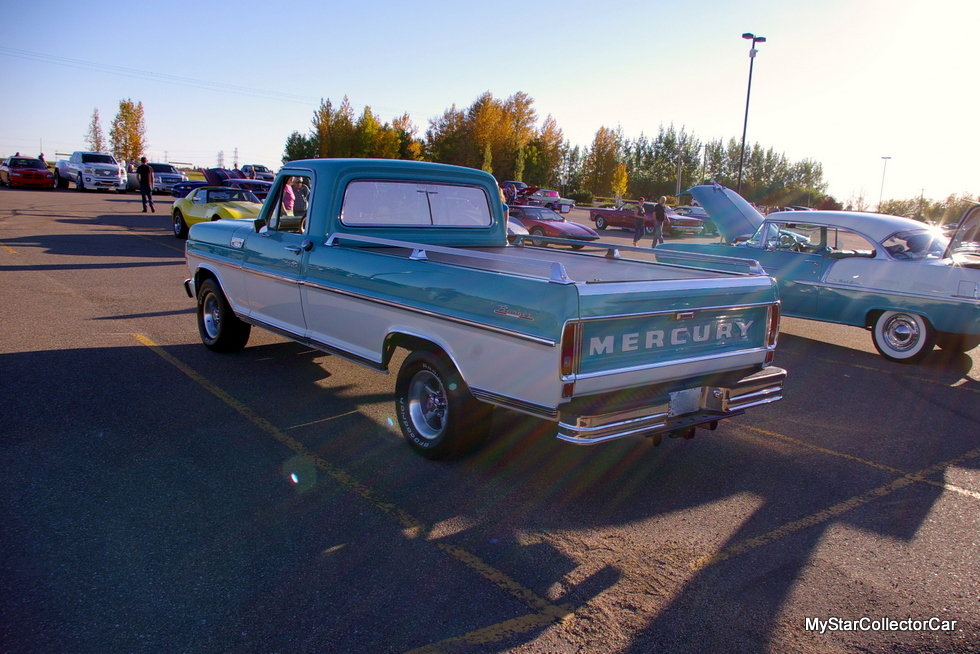 Ernie was pretty philosophical about the damage to his Mercury and believed the accident took the “first dent” pressure off his shoulders and cut down on his levels of worry.

The final result of Ernie’s labors was a smooth-running truck with more than enough horses under the hood to hold its own on the road. This large herd of ponies come from the transplanted 429 Ford engine in the truck.

Now it’s a life of happy motoring for Ernie and his 50 year old Mercury pickup.