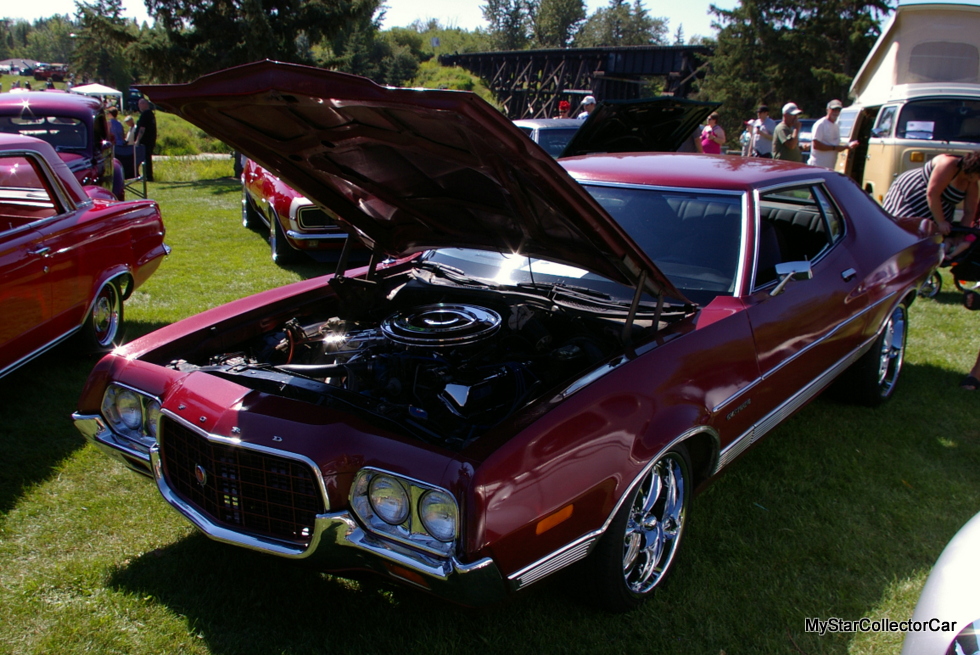 A 1972 Ford Gran Torino owned by a young guy would usually point directly toward famous actor Clint Eastwood as a major influence for the owner.

Eastwood shared major star billing with a 1972 Ford Gran Torino in the blockbuster movie Gran Torino when it debuted for general release in January, 2009.

The popularity of the movie and Eastwood initiated a renewed interest in the 70s-era Gran Torino because Clint’s movie character was the proud owner of a ’72 Gran Torino.

However, Matt Diedericks owes most of his interest in his 1972 Gran Torino to his late father because his dad was the previous owner of the car. Matt admitted that he was well aware of the Eastwood movie and even had a poster of the flick, but the car was a great way for him to remember his father. 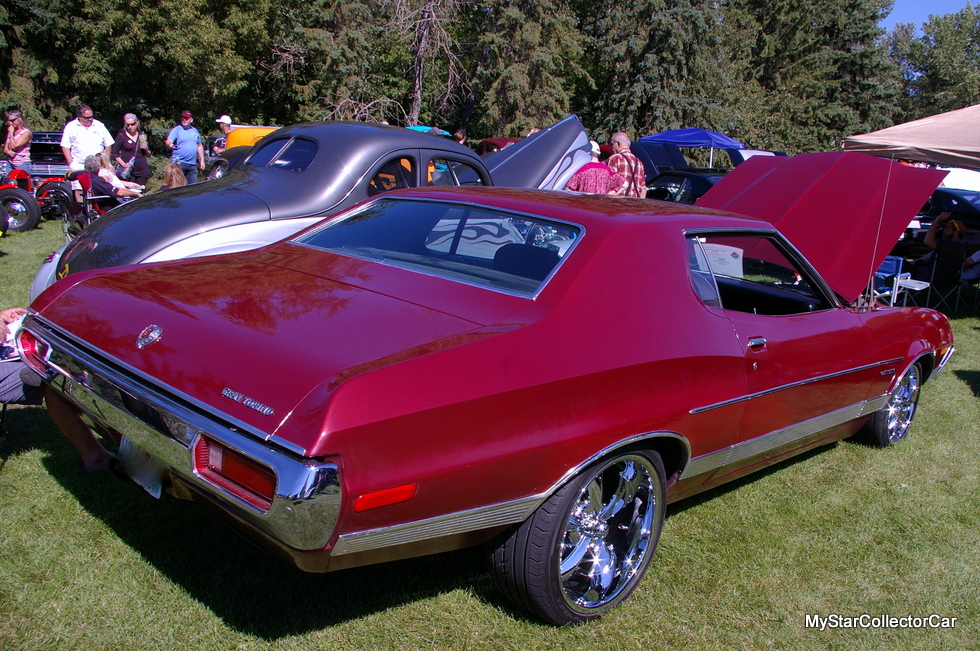 Matt became the custodian of the car about 22 years ago and his father passed away 19 years ago. The car was his father’s pride and joy, so the decision to keep it in the family was easy for Matt.

He noted the car used to be ”jacked-up” in the rear end and he put the aft of the car closer to the ground when he became the new owner.

Matt also added a free-breathing 429 cubic inch big block that was built in 1970. He wanted to put a monster under the hood to replace the original 302 small block under the hood. 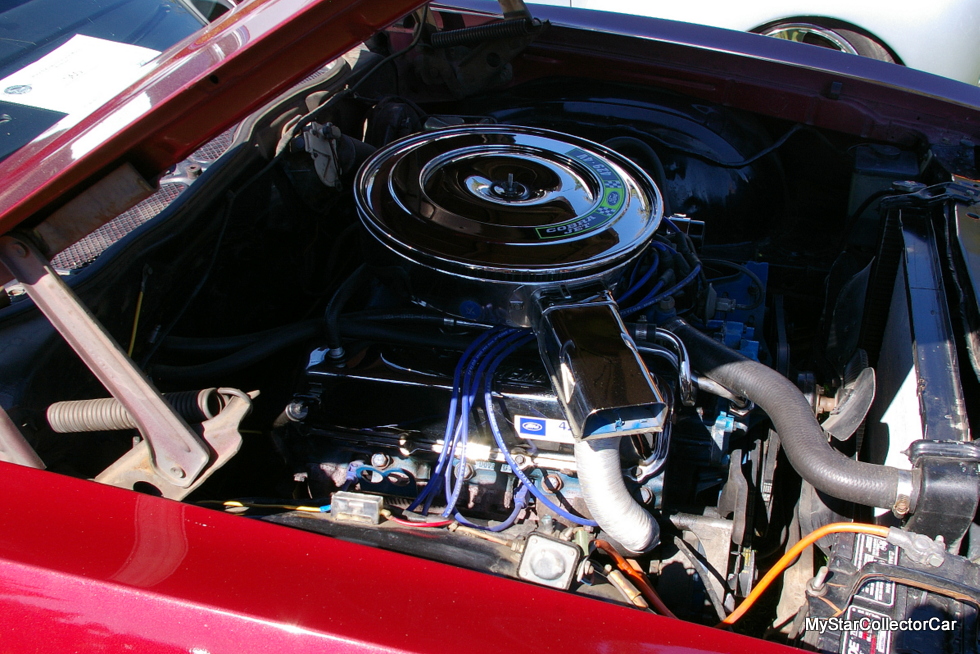 Matt’s dad was happy about the big change in horsepower to the Gran Torino and its newly minted bad attitude, so Matt knew he had made the right “more-power” choice all those years ago.

The car now sits on big back tires to handle the brute force and Matt recalled a moment when his brother humbled a Lambo driver in the Gran Torino. 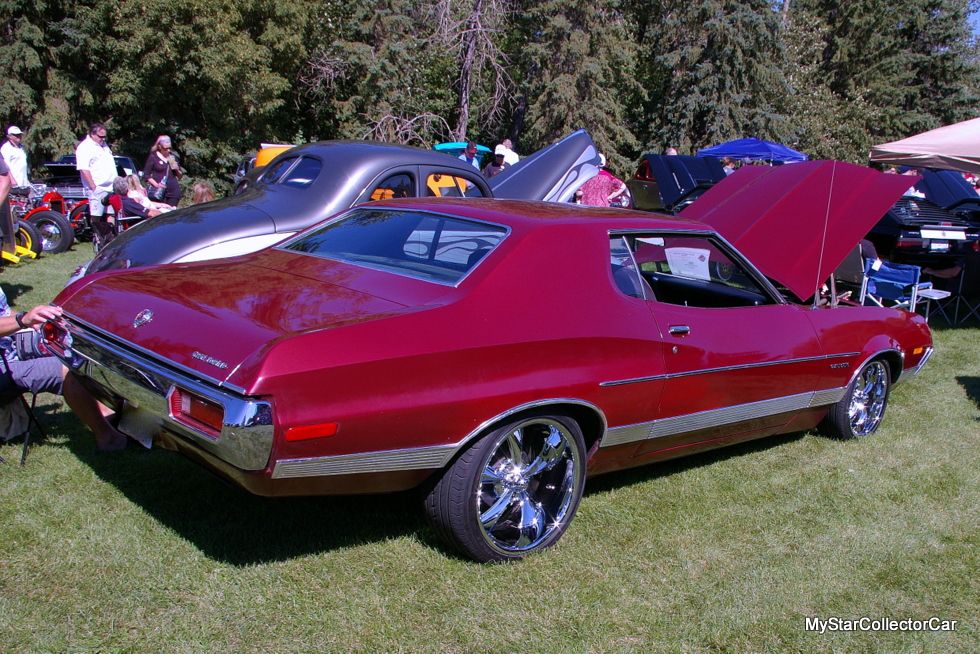 The Gran Torino was repainted in its original color during the 80s and the paint finish has retained its luster over the ensuing years. Matt told MyStarCollector the Gran Torino has always been garaged, so a paint job from the Reagan era that still looks great correlates with his history of the car.

The Gran Torino only has 82,000 miles (about 132.000 km.) on it and retains much of its original interior. Matt said the seats “have never been touched” in the car and the seats look like they are nearly brand new after 46 years. 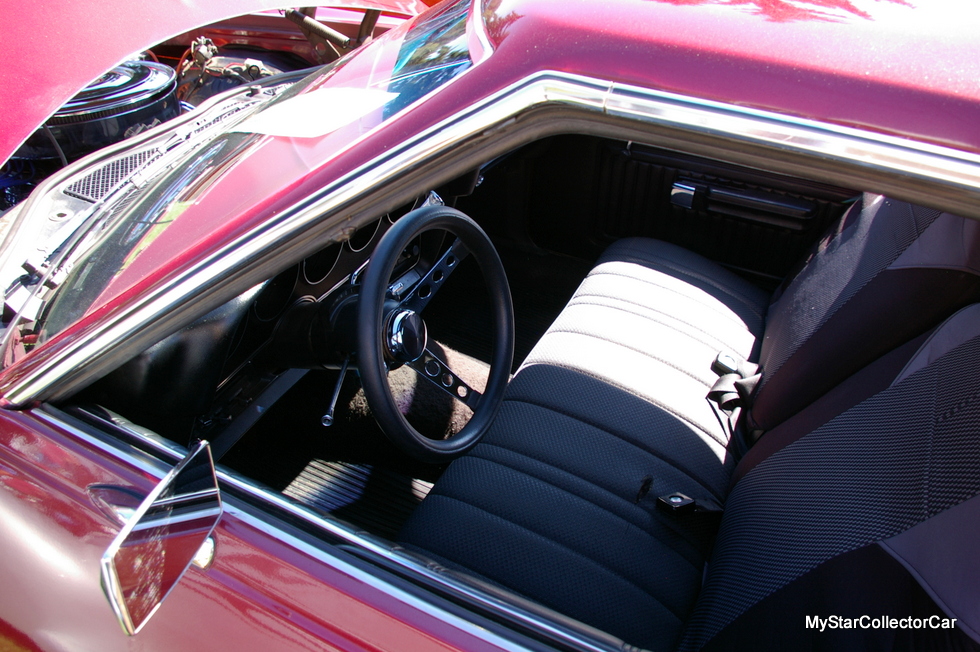 Matt is a big fan of the style on his Gran Torino. He likes the long hood and short deck that defined the two door hardtop style of 1970s-era cars.

Matt also likes the impressive performance of the Gran Torino since the engine swap. The car comes alive after 30 mph (50km/h) when pedal meets metal; a range that is called its “sweet spot” by Matt. 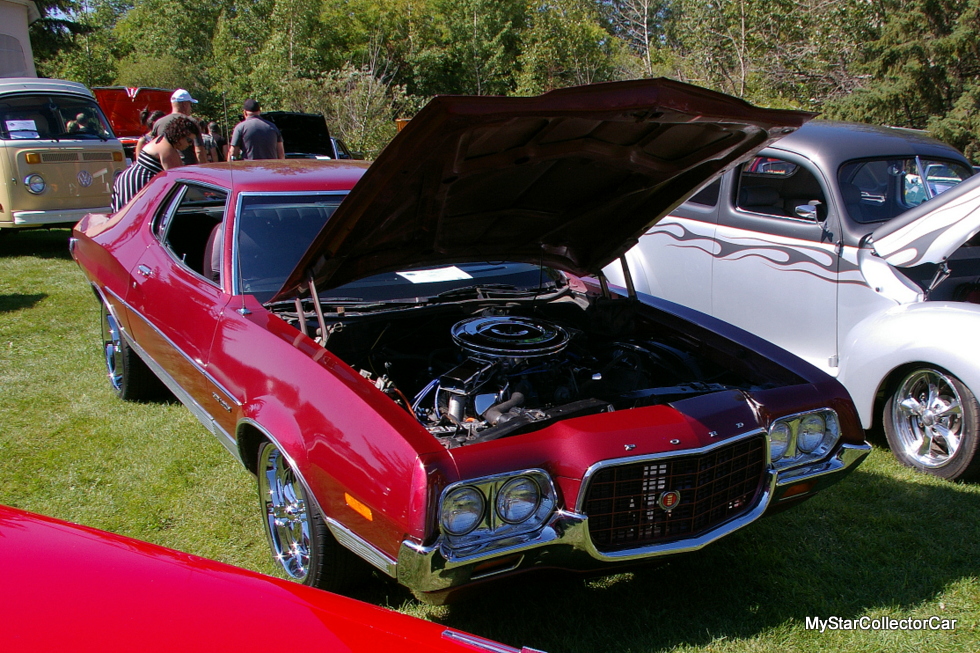 Matt added the car has “lots of torque in second gear” when he discussed the potential for speed in his born-again road rocket.

A 1972 Ford Gran Torino was a cool car even before Clint Eastwood made it a movie star. Just ask Matt Diedericks for confirmation.